Plus, Valerian is visually stunning sci-fi lunacy and Girls Trip is a hilarious journey worth taking.

This weekend at the movies, we have Christopher Nolan at war (Dunkirk, starring Fionn Whitehead and Kenneth Branagh), Luc Besson in space (Valerian and the City of a Thousand Planets, starring Dane DeHaan and Cara Delevingne), and four ladies on an R-rated excursion (Girls Trip, starring Queen Latifah and Jada Pinkett Smith). What are the critics saying? 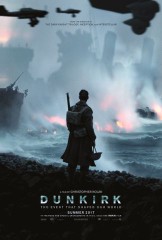 World War II has been used as the backdrop for so many movies that at this point, it can be tempting to believe we’ve seen it all and know the whole story. Yet in the right hands, there are still compelling, unique, and impactful tales of the conflict waiting to be told — and with this weekend’s Dunkirk, critics say Christopher Nolan delivers on all three counts with a film that might be considered an all-time classic of the genre. Starring Fionn Whitehead and an ensemble that includes Kenneth Branagh, Cillian Murphy, Mark Rylance, and Tom Hardy, the story dramatizes the mission to evacuate surrounded Allied soldiers during the spring of 1940 — an incredible undertaking that saved hundreds of thousands of troops through the efforts of a coalition that included soldiers and civilians. Reviews describe a harrowing yet ultimately inspiring experience that honors its heroes with gripping suspense, immersive drama, and thrilling spectacle, as well as another impressive chapter in an increasingly acclaimed filmography that looks likely to be a major awards season contender. 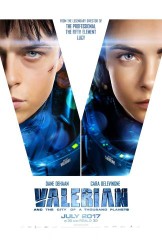 As a writer, director, and producer, Luc Besson has dabbled in a variety of genres throughout his career, with frequently acclaimed results — but for fans of the filmmaker’s more visually striking flights of sci-fi fancy, it doesn’t get much better than 1997’s colorfully zany The Fifth Element. He’s back in outer space this weekend with Valerian and the City of a Thousand Planets, the $200 million realization of Besson’s lifelong dream to adapt the French comic series Valérian and Laureline into an eye-popping spectacle about a pair of space-time travelers (Dane DeHaan and Cara Delevingne) on a mission to secure the future of the universe. And if spectacle is all you’re looking for, this definitely delivers; critics say that whatever its flaws, Valerian delivers on the visual front, with colorful spacescapes and countless aliens (including one played by Rihanna, whose scene-stealing appearance left several critics lamenting its brief length). Unfortunately, reviews describe a much more muddled affair on the narrative front, further compounded by DeHaan and Delevingne’s failure to match the vividness of their eye-popping environs with their own somewhat stilted performances. There’s plenty to see here, warn the pundits, but it’s best enjoyed if you can disengage your brain. 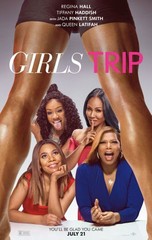 The post-Bridesmaids era has offered no shortage of bawdy comedies about ladies having an R-rated good time, but more often than not, the end results have left critics largely chuckle-free. The makers of this weekend’s Girls Trip are looking to buck that trend with the raunchy adventures of four friends (Regina Hall, Queen Latifah, Jada Pinkett Smith, and Tiffany Haddish) whose trip to New Orleans for the Essence Festival offers no shortage of opportunities for bonding, female empowerment, and — most importantly — rude humor. For the most part, they appear to have been successful: led by an unforgettable performance from the cheerfully filthy Haddish, Trip strikes the tricky balance between building a compelling narrative with rootable characters and putting them in a series of boundary-pushing, guffaw-inducing set pieces. Whether you’re going out to the movies with your own Flossy Posse or just looking for some laughs, Girls Trip looks like it’s one of the better options to come along in quite some time.

Ozark hasn’t yet reached the same level as the classic crime dramas to which it will inevitably be compared, but its satisfyingly complex plot — and a gripping performance from Jason Bateman — suggest greater potential.