The director of The Bourne Identity, Edge of Tomorrow, and this week's American Made on his "anti-Top Gun" movie and the thrill of adventure.

Doug Liman first burst onto the Hollywood radar by directing two all-time indie comedy cult classics in Swingers and Go, before graduating to blockbuster fare with two very different spy movies, The Bourne Identity and Mr. & Mrs. Smith. Now, Liman’s headed back to the high-stakes world of espionage and anti-heroes for American Made, which follows the crazy real-life story of Barry Seal, a former commercial pilot who was recruited to run guns for the CIA, and ended up running drugs for Pablo Escobar and the Medellin Cartel on the side.

The movie, which lands in theaters September 29th, also happens to be a reunion for the director and star Tom Cruise, who collaborated on the beloved sci-fi/action movie Edge of Tomorrow back in 2014. Liman recently took a break from promoting American Made in London to speak with RT about a few of his favorite films, how this movie is the “anti-Top Gun,” and the downright terrifying way Cruise once woke him up from a nap during filming. 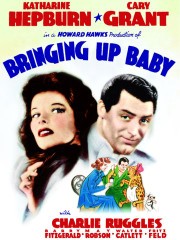 I love Bringing Up Baby. Anything that Katharine Hepburn’s in. I’m committed to the Humphrey Bogart, Cary Grant, Katharine Hepburn era of filmmaking. The African Queen is influencing me on Chaos Walking, which I’m shooting right now. 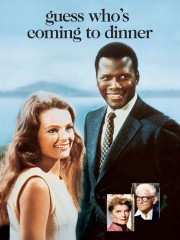 That makes me sound like a film snob of some sort, because I’m just talking about black-and-white movies. I love those movies, but Guess Who’s Coming to Dinner is just brilliant. 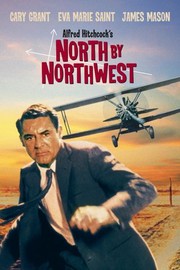 North by Northwest was a big influence for The Bourne Identity. I’m really drawn to adventure, and characters being plucked from normal life and sent on extraordinary adventures. When Tom and I had the opportunity to go deep into the rain forest to shoot scenes in a really remote location [for American Made], I was promised 360-degree vistas with nothing manmade in sight for a hundred miles. Well, Tom and I are both going to jump at the chance to go on that kind of adventure. So I’m interested in stories where characters are sent out and get to have an adventure, the kind of adventure I dream of having. 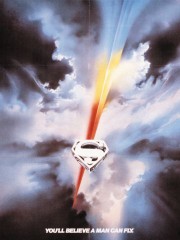 I got invited to the Superman premiere, and I was like, “I want to make a movie like that.” I was so enamored by the spectacle of it. 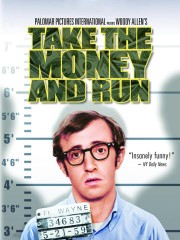 The reality is, the movies that were most impactful to me growing up, when I decided I wanted to make movies, I was going to see Woody Allen double features with my brother, back when they had double features. Younger audiences today, they don’t even know what that word means. But they would show two Woody Allen movies back to back. Bananas. Take the Money and Run, that era of Woody Allen.

Why Take the Money and Run over, say, later Allen movies like Annie Hall or Manhattan?

Maybe because his character is so flawed. You know, you can probably see traces of that in Barry Seal [in American Made]. I’ve never made a movie with a hero, really. Your classic Hollywood hero. My protagonists are always deeply flawed.

Rick Mele for Rotten Tomatoes: You touched on something I wanted to ask you, but why do you think you’re drawn to these kinds of protagonists as a director? Whether they’re anti-heroes like Barry Seal or just reluctant heroes like Tom Cruise in Edge of Tomorrow?

Doug Liman: I don’t know. But when I was in Columbia making American Made, we’re really back at the scene of the crime, and we’re flying airplanes, so we’re meeting other pilots, because we had to hire local pilots to work with us. And, basically, all the pilots we hired had a history of trafficking in narcotics. They all knew Barry Seal. And one of them told us how much he loved Barry. And we said, “How did you meet?” He said, “Oh, Barry stole an airplane from me.”

He came down to take a look at it, and said, “Do you mind if I take it up for a test flight?” And then never came back. And this guy loves Barry! And I love Barry for it. I don’t know why when I hear that about Barry, I like him even more. For stealing another drug smuggler’s airplane. But if that airplane belonged to the Catholic Church, I might also love him. It’s not just who he stole it from. It’s that he saw an opportunity and he just couldn’t help himself but take it.

RT: Sure. It’s just so audacious, you can’t help but laugh.

Liman: I guess because he’s audacious, yeah. That’s why I’m so drawn to him. I’m not drawn to sneaky characters. I’m drawn to the characters who wear their flaws proudly.

RT: When you’re telling a true story like this, how much research do you have to do before you head into production?

Liman: A movie like this, there’s a lot of research that goes into it. It’s a true story, so we want to honor that. But we’re not making the movie because it’s a true story, we’re making the movie because it’s a great story and has great characters in it. But I’ve often found sticking to the truth makes for better movies, at least when I make them. I come up with better scenes when I’m hemmed in by the reality of the situation. Limiting the CIA’s power in Bourne Identity – what they really could do at the time versus, you know, other movies that came up with magical command centers, where the CIA has eyes in the sky that can see everything in real time, and not deal with the reality that a spy satellite that’s low enough to see people on the ground isn’t geo-stationary, but is travelling across the land at a very high rate of speed. And it can be over a site for maybe 30 seconds. I’m interested in those limitations. I think they make the scenes more exciting.

So, making a movie like American Made, I’m interested in the reality of the story, because in my career up to date, the reality of the situation has always made my scenes more entertaining and more dramatic. And here I can always go back to the well, so any time I felt like the screenwriter was taking a shortcut, I’d say, “Well, let’s look at how it really happened.” And inevitably, I’d find a more exciting scene.

RT: Tom Cruise has a well-earned reputation for doing his own stunts. I’m guessing that’s really him flying these planes?

Liman: Oh yeah. He does all his own flying in the movie. I have to say – when we were flying to this remote airstrip, it’s Tom flying the airplane, there’s a safety pilot in the plane, and I’m in the back. I took a pillow from the hotel and I’m lying down on the floor. Because the airplane doesn’t have any seats in the back. In the movie, he’s using it to shuttle cocaine and guns, so all the seats are out of the airplane.

So I’m lying on the floor and eventually I fall asleep. Because it’s a two-and-a-half hour flight across nothing — it’s just trees. And I wake up, I’m in the air slamming into ceiling, because Tom saw I’d fallen asleep in the back and thought it would be funny to wake me up by putting the airplane into a parabolic arc and slamming me into the ceiling.

RT: How much of a difference do you think it makes that audiences can see that’s actually him flying, and you’re not hiding anything or fudging anything in those scenes?

Liman: I think it makes a difference that it’s a real airplane. We’re doing car chases with airplanes, and it’s not CG. I think that makes a difference to the audience. To me, as a filmmaker, it’s a huge advantage to be able to shoot scenes with your actor flying the airplane, and not have to think about stunt-doubling it. We’re able to do a way bigger movie than our budget otherwise would’ve allowed for, because we didn’t need to spend money on the kinds of visual effects you’d have to spend money on to do what we did.

And also, we were inspired by Smokey and the Bandit. We were inspired by these very lo-fi movies. And you can’t help when you’re making a movie with Tom Cruise to think about the brand of Tom Cruise, and Tom Cruise and airplanes… the comparison to Top Gun is inevitable. And I wanted to be like, “OK, this is the anti-Top Gun. The airplanes are s—-ier, and his character is s—-ier.” But you can do way more for the money if your movie star’s actually doing the stunts for real.

RT: This character seems sort of tailor-made for someone like Tom Cruise. What do you think made him a good choice to play a guy like Barry?

Liman: What I love about working with Tom – and it was the same thing with Matt [Damon] – when you have these characters that are a little darker, you get to embrace the dark side, and yet still have people root for them. I didn’t have to sugarcoat Jason Bourne’s past, and I didn’t have to sugarcoat Barry Seal’s many flaws. You can’t help but think about the Tom Cruise brand if you work with him. And with Edge of Tomorrow, I was like, I want to make a movie where if you love Tom Cruise, great. He’s going to play a role that’s different than anything he’s done; he’s going to play an unabashed coward. But he’s going to be awesome at it. And if you hate Tom Cruise, you’re going to get to watch him die a hundred times.

But I just love how fearless he is. It’s way easier to be fearless about the stunts than it is to be fearless about trying new kinds of characters. And the fact that he allowed me to explore a version of “Tom Cruise” on the silver screen that is completely different than what his mainstream movie persona is, first of all, it’s just really fun. We shared a house while we were making the film, along with the screenwriter, and the common expression heard around the house, besides “It’s your turn to do the dishes” – literally, because we didn’t have a housekeeper, because of security concerns – was “Wouldn’t it be fun if…? Wouldn’t it be exciting if…? Wouldn’t it be funny if…?” We would just explore what we could do with the story, and with his character, and with the love story.