Dopesick Creator Danny Strong: 'This Is a Crime Story'

We’ve all heard statistics: That opioid use has contributed to more American deaths than the Vietnam conflict. That it’s particularly ransacked rural America. That middle-aged women have frequently abused, and overdosed from, the drug.

But how did something like the opioid drug OxyContin proliferate so quickly into our society since its mass release in 1995? Hulu’s new limited series Dopesick attempts to explain not just that, but also tell some of the stories of the people whose lives were ruined (and/or ended) because of the drug.

“This is a crime story at its core,” creator Danny Strong told Rotten Tomatoes about adapting investigative journalist Beth Macy’s book, Dopesick: Dealers, Doctors and the Drug Company that Addicted America. “I thought if you’ve combined the crime story and the people gathering evidence — and the suspense and tension that comes with that — with the tragedy of addiction of the opioid crisis and paid homage to the victims, and you intertwined at all, it can be quite moving, quite powerful.”

What resulted is a star-studded, eight-episode miniseries that uses multiple timelines and points of view to unfold this complicated story. 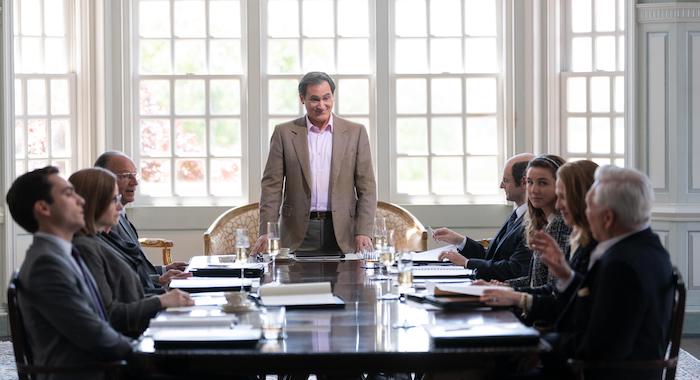 Many of the actors are playing real people. Michael Stuhlbarg portrays Richard Sackler, the billionaire in charge of Oxycontin developer Purdue Pharma. To see Dopesick tell it, Sackler pushed for the development and wide distribution of the drug as he struggled with his extended family to gain greater control over Purdue, their privately-held business.

“When you’re playing someone who is real, but not well known, the most important thing is just to be true to yourself,” Sarsgaard said of the challenges of playing a regular person just doing his job under extraordinary circumstances. “If you’re playing Winston Churchill, then you’ve got to figure out that accent and put on some weight. In the case of Rick, I’ve read the book. But I didn’t communicate with him at all before, during, or even after making the [series].”

McDorman said that while he did speak with Brownlee after shooting, some of his dialogue came straight from Strong’s own interviews with the United States attorney. Hoogenakker, who did meet with Ramseyer before filming, said that “the role was written in such a way that I didn’t have to really rely on mannerisms or the way that Randy spoke.” 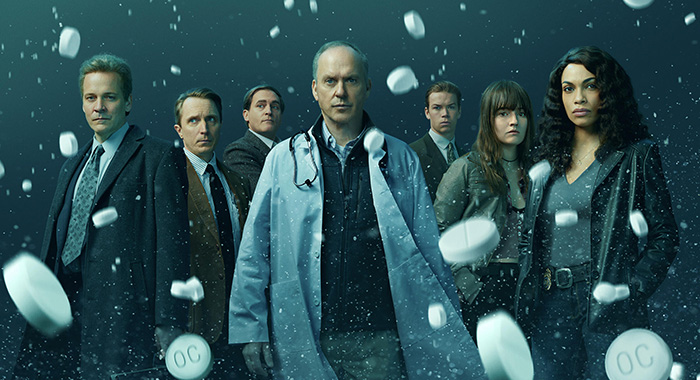 Other characters are amalgamations. Will Poulter and Phillipa Soo play pharmaceutical reps responsible for peddling Purdue’s Oxy-centric platform. Poulter’s Billy is slow to drink the Kool-Aid, while Soo’s Amber is seemingly all-in from day one.

Poulter said that, in developing the character, he asked himself questions about “what would motivate a young person, first of all, to step into the role of a Purdue Pharma rep? … What are the qualifications associated with that? And then, along the way, when you’re faced with the corruption; the deceit; the lies that you’re being encouraged to kind of promote and pass on … at what point does your own moral compass correct you? Or not?”

Soo looked at the themes of the show in developing her character, and said, “on a whole, a really good question the show asks is why are we in pain? How do we medicate that pain? For Amber, there’s a deep pain within her that she does not have access to. And the best way to deal with it is to have control over who she is; how she presents herself in this world.” 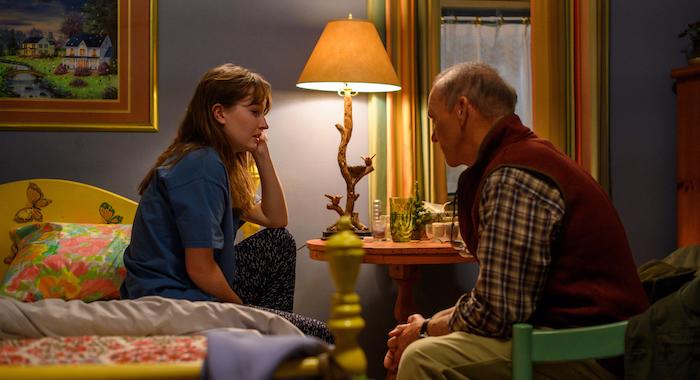 And then there were depictions of people who would be susceptible to all of this marketing. Michael Keaton plays Samuel Finnix, a small-town doctor lured in by sales rep Billy’s promise that he can help people in chronic pain. Kaitlyn Dever plays Betsy Mallum, a coal miner in the physician’s tight community and one of his patients.

“After so many years [since the drug was launched,] people still don’t know about what actually went down and I think people are discovering it now,” Dever said.

Dever fell “in love with Betsy,” her character, “because she wanted to prove to her family that she could be a miner and that she was going to be, not just a miner,” she said.

“Seeing how hardworking and determined she was at the very beginning to then see her arc and the decline after that, it just makes it even more heartbreaking because she had so many plans for her life,” Dever said.

Keaton, who also played a real estate agent dealing with substance abuse in the 1988 film Clean and Sober, acknowledged that Hollywood has not always done a fair or accurate job depicting addiction.

“I think the awareness now is much greater,” as compared to the way it was when that film came out, Keaton told press during the show’s Television Critics Association panel. “The stigma has changed about addiction in general.” 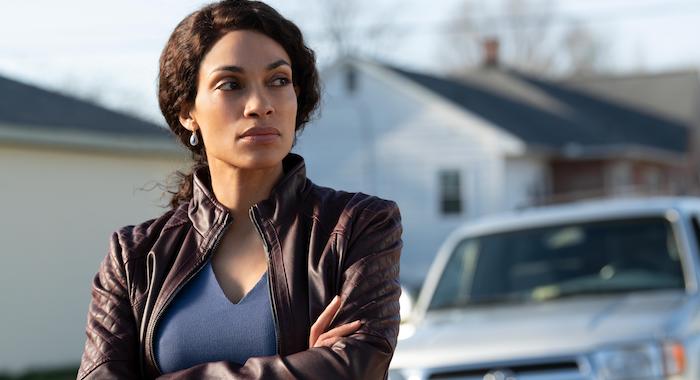 It’s also important to remember that, whether the characters on screen are amalgamations or not, real people did – and are – suffering because of Purdue’s actions.

Rosario Dawson, who plays DEA agent Bridget Meyer, told journalists at TCA that there are “family members and people in the community who I’ve seen suffer and whose lives have, generationally, been impacted now from opioid addiction.”

It’s important to remember “the ease with which it was just brought into their lives and how destructive it was,” Dawson said.