The character, who kidnaps his therapist (Steve Carell) and holds him hostage in his basement, passes as an average guy. "He can be quite teenage at times," Gleeson says. 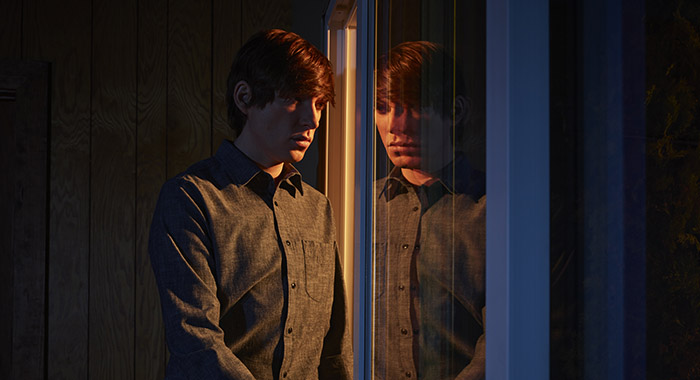 It’s hard to find a therapist who really connects with you. Especially when you kidnap them and hold them hostage in the basement of your childhood home.

In The Patient, the miniseries that premieres August 30 on Hulu and is created by The Americans team Joel Fields and Joe Weisberg, Domhnall Gleeson — the Star Wars film universe’s General Hux — plays Sam, a Kenny Chesney–loving foodie with a raging white-male-inadequacy complex. He becomes so enamored with therapist Alan Strauss (Steve Carell) that he feels 50-minute weekly sessions won’t cut it. It’s much better to keep the older man shackled underground so that he can always get an appointment.

That Sam “passes” as just an average guy, if one a little overly committed to his job as a restaurant health inspector, makes him all the more chilling.

“There can be lots of stuff about serial killers and things like that which mythologize them, make them kind of half sexy, interesting,” Gleeson says, adding that it was Weisberg and Fields’ intent to do a one-eighty of that tendency and that “making him some sort of super mastermind who’s manipulating everybody — that wasn’t the [right] version of him. Actually, a lot about him is just, sort of, pathetic and sad.”

Gleeson, who is Irish, worked with dialect coach Tim Monich to find a cadence for Sam that sounded generically American. He says that the writers were conscious of “not tying his actions to any one real person who had been involved in similar stuff.” 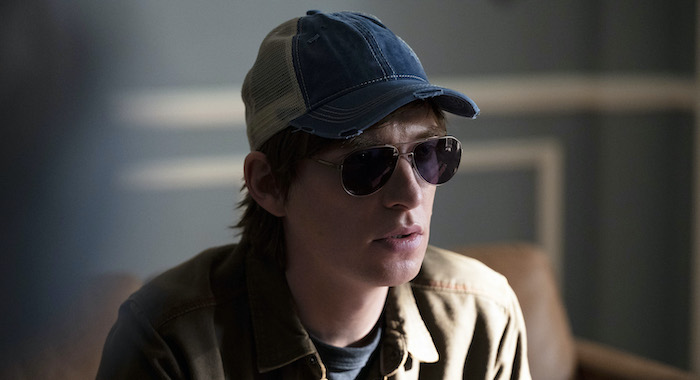 “He can be quite teenage at times, as well, and we tried to keep his mannerisms and his voice in that place,” Gleeson says.

For Sam’s costumes, designer Hope Hanafin included stiff dress shirts and ties as well as fitted jeans that might make him body conscious if he’d over-indulged in a recent dinner out. Gleeson says that, overall, the designers were to emphasize that these are “a bunch of normal choices that, together, add up to something which feels maybe slightly not normal.”

“I like the idea that he would dress slightly differently to the other people at work,” Gleeson says. “He is basically telling people, ‘I take my job seriously and maybe you don’t.’ There’s control involved in that as well.” 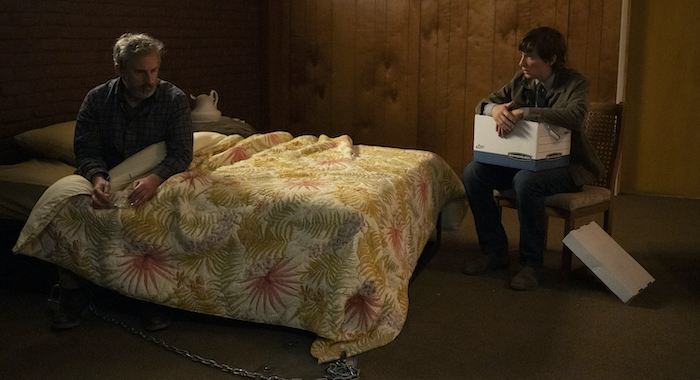 All of this helps emphasize how uncomfortable Sam is the world; perhaps highlighting the larger theme of classism and one no longer having full control over society. Gleeson says he and others involved in the show “didn’t [formally] sit down and use that terminology” of “white-male privilege,” but that “Sam, I think, views his situation as pathetic.”

“His anger at the world is that he feels … that he deserves more and he doesn’t understand that he has a lot,” Gleeson says. “His lack of awareness of the ways that he’s very lucky, I’m certain, do feed into his stilted worldview.”

Sam abducts Alan fairly early in the series, after previously coming to him under an alias and at a proper, scheduled meeting time in a place with actual sunlight. But, for most of the limited series, Alan is chained in a room and has little mobility, while Sam walks free. It’s like snake-and-mouse situation. The mouse will be food, but doesn’t know when the attack is coming.

“The big thing is that the element of physical control is so firmly in Sam’s favor,” Gleeson says. 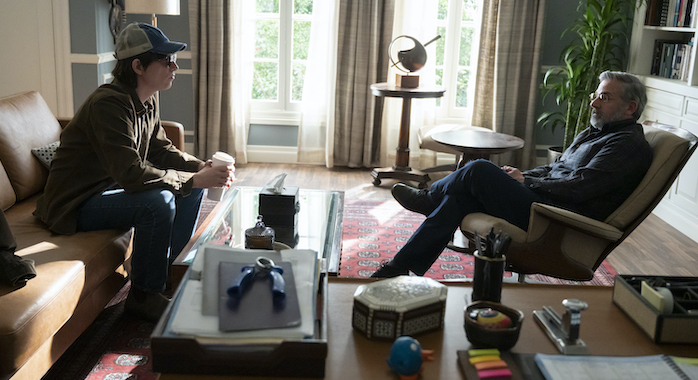 However, Sam doesn’t seem to realize that the one thing he wants — therapeutic help — can never actually be achieved in this situation.

“This cannot be real therapy if the therapist is threatened at all times,” Gleeson says. “His job would be to delve into uncomfortable places. And you’re only going to get so uncomfortable if there is a price to pay … He has an inability to totally let go of control or hand control to somebody else, even though, in therapy, you’re supposed to go where the therapist asked you to go.”