Plus, Catherine Zeta-Jones joins Prodigal Son, Clancy Brown to play Dexter revival villain, The Mandalorian is the most pirated series, and more TV and streaming news.

Time is rumored to be up for the first female Doctor in Doctor Who, Prodigal Son casts Catherine Zeta-Jones, while Clancy Brown takes the baddie role in Showtime’s Dexter revival.  Plus, Catherine Hardwicke film Lords of Dogtown will become a series, new trailers, and more of the week’s top TV and streaming news.

Doctor Who: The BBC Won’t Confirm or Deny the Rumor About Jodie Whittaker Quitting 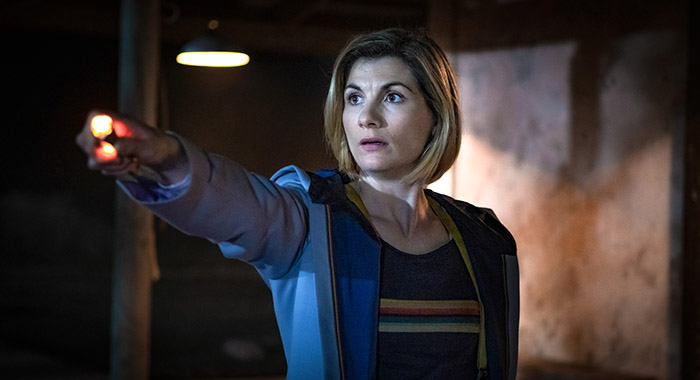 Could this be the end for the first female Doctor? According to a report in the British newspaper The Mirror, Doctor Who star Jodie Whittaker is quitting the classic series at the end of the next season, season 13, which is set to premiere later this year. Showrunner Chris Chibnall, according to The Mirror, will stay with the series, which is also losing co-stars Bradley Walsh and Tosin Cole, who play Graham and Ryan, respectively, in previously announced departures.

Whittaker is the 13th Doctor, and if she does leave the series at the end of the next season, she would follow David Tennant, Matt Smith, and Peter Capaldi as Doctor Who stars who left the series after three seasons each. Mirror sources say Whittaker wants to leave the show to be available to take on other roles.

The BBC responded to the rumor without confirming or denying it, telling Digital Spy, “We won’t be commenting on any speculation around Jodie’s future on the show.” 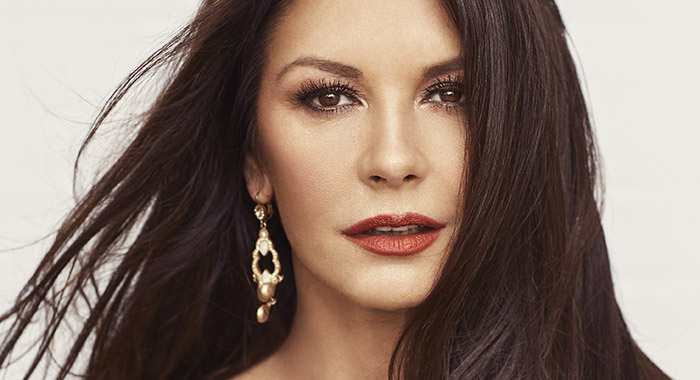 Capshaw will immediately butt heads with Michael Sheen’s serial killer, Dr. Martin Whitley, who is assigned to clean bedpans and mop floors in the infirmary. Capshaw takes great pleasure in seeing “The Surgeon” perform janitorial tasks, until he begins to help with medical cases and the two bond. But that’s only going to spell trouble.

Zeta-Jones joins the series in the second half of the season. Prodigal Son, the No. 1 new series of last season, begins its sophomore run on Jan. 12.

Here’s the latest peek at WandaVision, the MCU series starring Elizabeth Olsen and Paul Bettany as Wanda Maximoff/Scarlet Witch and Vision. In this clip, we see Wanda and Vision get married, in their own efficient way. The series follows the characters after the events of 2019’s Avengers: Endgame. Premieres Jan. 15 (Disney+)

• Solar Opposites, season 2, finds the fam all set to leave Earth behind. Very briefly. Premieres March 26 (Hulu)
• In Search Party, season 4, the search is on for an MIA Dory (Alia Shawkat). Premieres Jan. 14 (HBO Max)
• Blown Away, season 2, gives viewers another look at the competition among the world’s most creative and talented glassblowers. Premieres Jan. 22 (Netflix)
• The trailer for Power Book III: Raising Kanan is a brief preview of the second Power spin-off, this one a prequel about Kanan, the character played by series EP 50 Cent. Premieres summer 2021 (Starz)
• Whitney Houston and Bobbi Kristina: Didn’t We Almost Have It All is a two-hour documentary about the late pop superstar and her daughter, who both died tragically after battles with drugs and alcohol. Premieres Feb. 6 (Lifetime)
• Tiger is HBO’s two-part series about the spectacular rise and fall of Tiger Woods, and his eventual comeback. Premieres Jan. 10 and 17 (HBO)
• 50 Cent released “Part of the Game,” his new music video for the song that will also serve as the theme song for Power Book III: Raising Kanan. 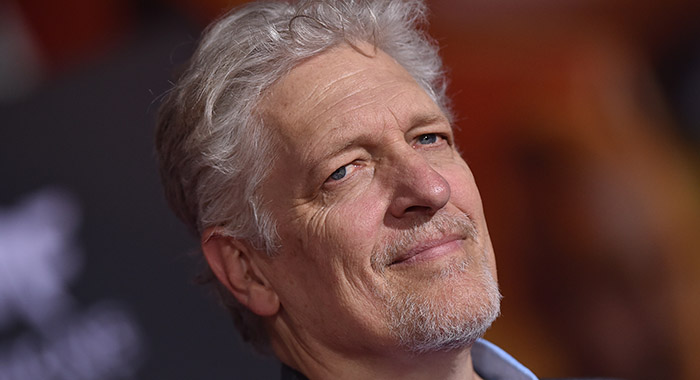 Showtime’s Dexter reboot has just cast its villain (meaning the foe for Michael C. Hall’s titular serial killer): Clancy Brown. The Billions actor will play long-haul trucker–turned–truck and truck-stop owner Kurt Caldwell, who’s a favorite resident of a small town called Iron Lake – perhaps the Oregon town where Dexter settled in the disappointing 2013 Dexter series finale, after faked his death and fled Miami? Caldwell is a real man of the people in Iron Lake, as long as you’re his friend. But if you cross him, he can be just as powerful an enemy. Enter Dexter Morgan. (TVLine)

The Office alum Amy Ryan has joined the Hulu comedy Only Murders in the Building, a series that follows three true crime fans – played by series creator Steve Martin, Martin Short, and Selena Gomez – who become embroiled in a crime mystery. Ryan will play a musician who lives in the titular building. (Deadline)

Tony winner and former All My Children soap star Tonya Pinkins has replaced Niecy Nash in the ABC limited series Women of the Movement, about Mamie Till-Mobley, the woman who spent her life seeking justice for her murdered son, Emmett Till. Deadline reports Nash left the project, which begins filming next week for premiere later this year, for “personal reasons.”

Rhys Darby will star in Our Flag Means Death, the HBO Max period comedy about a wealthy farmer (Darby) who suffers a mid-life crisis and becomes the captain of a priate ship in the 18th century. The series reunites Darby with Taika Waititi, who is an EP and director on OFMD and worked with Darby on Flight of the Conchords. Writer David Jenkins created Our Flag Means Death. (Deadline)

Lauren Graham has exited Zoey’s Extraordinary Playlist because of COVID-related shooting delays on her other series, the Disney+ TV adaptation of The Mighty Ducks. Graham played Joan, Zoey’s (Jane Levy) boss on the NBC series. 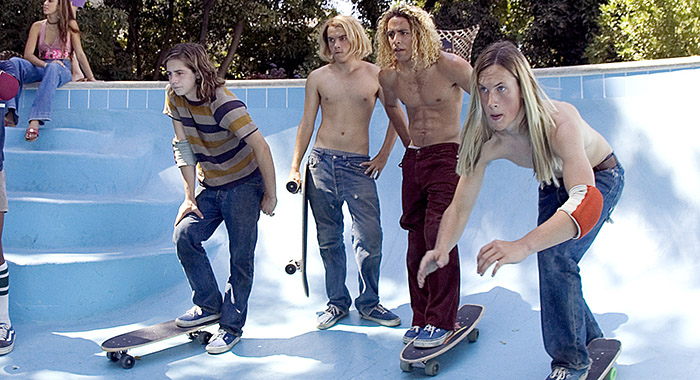 Lords of Dogtown director Catherine Hardwicke is adapting her 2005 movie for a TV series for IMDb (the free, ad-supported streaming service owned by Amazon). The series, written by 13 Reasons Why and Queen Sugar writer Kat Candler, will be a one-hour drama about the skateboarding scene in 1970s Southern California, centering around a teen growing up in foster care who makes friends with a group of skateboarders who idolize the famous Zephyr skateboarding team featured in the documentary Dogtown and Z-Boys. The Shield creator Shawn Ryan will be an executive producer on the project.

A “well-placed industry insider” tells the New York Post’s Page Six that HBO Max is considering a limited series reboot of Sex and the City. Sarah Jessica Parker has said she would be interested in finding out where all the characters are in their lives now, especially in the wake of #MeToo and social media, but Kim Cattrall has made it very clear she wants to part of the series, thanks to her ongoing feud with Parker. Is there any point to a return to SATC without Samantha?

In case you’re missing any of Quibi’s programming, the short-lived streaming service’s series may find a new home at Roku, The Wall Street Journal reports.

The next season of Larry David’s Curb Your Enthusiasm has already begun filming, and will be set in the post-COVID world. Season 11 is scheduled to premiere in the fall. (THR)

Also returning despite COVID: Animal Planet’s alternative to the Super Bowl, the Puppy Bowl! Puppy Bowl XVII will air on Feb. 7, several times throughout the day, just as in previous years. The three-hour special will feature 70 puppies from nearly two dozen shelters, and all the doggos are available for adoption. The event boasts a 100 percent adoption rate for the pup participants of Puppy Bowl one through 15.

The Mandalorian Is the Most Pirated Series 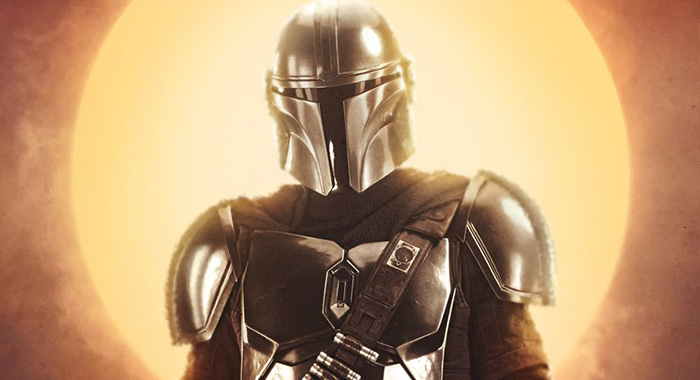 TorrentFreak has released a list of the most pirated TV series of 2020, and at the top of the list, in no surprise, is Disney+’s The Mandalorian. The rest of the top 10: The Boys, Westworld, Vikings, Picard, Rick and Morty, The Walking Dead, The Outsider, Arrow, and The Flash.

And finally, what if The Mandalorian was a 1990s sitcom? It might look a little something like Grogu Pains …