Eight 1980s Kids' Movies That Are Actually Pretty F---ed Up

Everyone loves '80s nostalgia but some of the decade's biggest family films still give us nightmares.

Ah, the 1980s. While most of the entertainment world is presently content to bask in the nostalgia of the era, it’s worth remembering not everything children saw back then left them with warm, fuzzy memories. It was a decade full of beloved blockbusters and cult oddities that haunted the dreams of pint-sized audiences and/or ignited their libidos, and many of them were executive produced by Steven Spielberg, who, as this list illustrates, may be responsible for nearly as many bad dreams and formative fears as fellow king of pop entertainment Stephen King. With that in mind, here are a handful of classic 1980s movies aimed at young audiences that disturbed, unsettled, or outright terrified us with surprisingly dark and adult content. 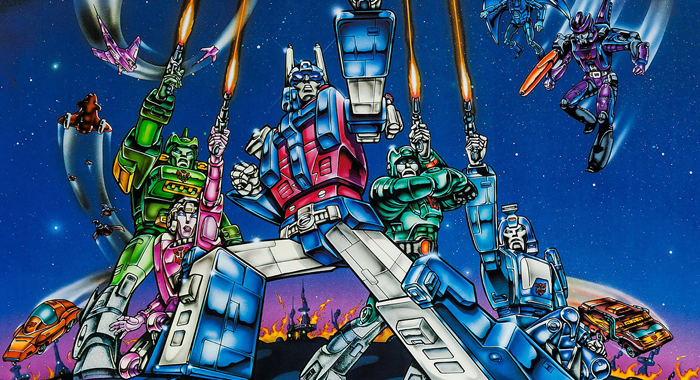 1986’s The Transformers: the Movie boasts a few distinctions. It’s known for a totally ’80s soundtrack that includes such beloved Reagan-era staples as “Weird Al” Yankovic’s brilliant Devo pastiche “Dare to be Stupid” and Stan Bush’s “The Touch,” which Dirk Diggler (Mark Wahlberg) famously covered in Boogie Nights. It’s also known as the final film of Orson Welles, who voiced a planet-sized robot that devours other planets, which may or may not have been a comment on his late-in-life girth.

But Transformers: The Movie is perhaps most famous for traumatizing an entire generation of kids by killing off a slew of popular heroes from the television show and toy line, including heroic, iconic leader Optimus Prime. Young fans of the series would stare in horror as fan favorites like Ratchet, Prowl, and Ironhide were gunned down in rapid succession early in the film, while Ultra Magnus met an especially untimely end, still others were consumed by Welles’ Unicron, and prominent love-to-hate-him villain Starscream was turned to ash by a newly minted Galvatron. Think Game of Thrones’ “Red Wedding,” but for kids. Unsurprisingly, it was the executives at toy company Hasbro, rather than the filmmakers, who determined which characters would die and which would live, as a cynical means to persuade kids to spend their allowances on all the new heroes introduced in the film. 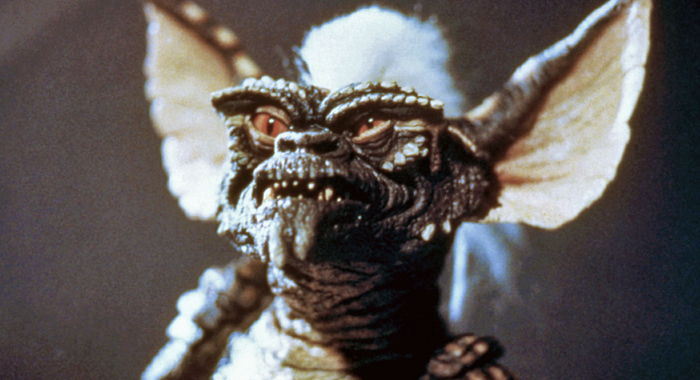 The PG-13 rating came about partially as a response to two Steven Spielberg blockbusters that were deemed too intense and frightening for children, but were also absolutely irresistible to the 10-and-under set. If you were a pre-pubescent boy in 1984, like I was, Gremlins and Indiana Jones and the Temple of Doom were almost assuredly too dark and violent to be appropriate viewing, but everyone saw them anyway.

There’s a distinct element of meta-commentary at work in Gremlins in particular. Joe Dante’s instant classic was a ghoulish, darkly comic, and often violent satire of the creature feature genre, pitting the painfully adorable, teddy bear-like Gizmo (voiced by Howie Mandel) against a horde of monsters as hideous and repellent as Gizmo is cute. If their revolting looks weren’t enough, let’s not forget that the gremlins rampaged through the city and killed people (we never looked at motorized stair lifts the same again) before they ultimately met an explosive end in a movie theater. Throw in Phoebe Cates’ famously morbid monologue — you know, the one about learning Santa Claus wasn’t real when her father broke his neck and died shimmying down her chimney dressed as the holly, jolly man in red — and you have a 1980s kids’ film that was probably more disturbing than parents expected, but oddly unique enough to become a celebrated holiday classic. 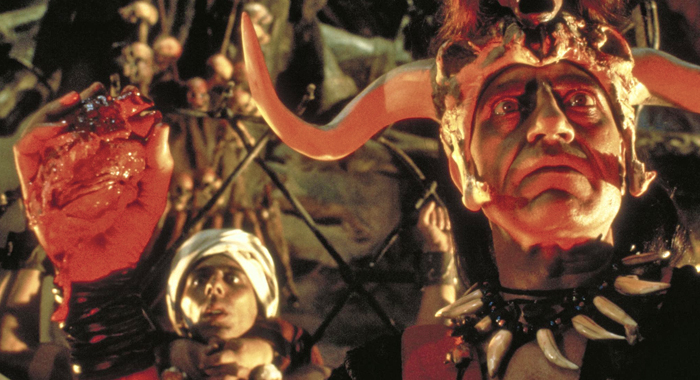 In the most notorious scene in Indiana Jones and the Temple of Doom, Indy, his love interest “Willie” Scott (Kate Capshaw), and 11-year-old rapscallion and miniature con man Short Round (Ke Huy Quan) look on in horror as evil cult leader Mola Ram (Amrish Puri) tears the still-beating heart out of the chest of a human sacrifice and presents it to his enraptured followers as a trophy. This sequence alone would render Temple of Doom deeply unfit for its target demographic of adventure-loving, Harrison Ford-idolizing children even if it wasn’t immediately followed by the poor victim, who somehow managed to survive the ordeal, being plunged into a fiery pit to be burned alive.

That’s far from the only kid-unfriendly content in this waking fever dream of a colonialist nightmare, though: Child slave labor? Check. Killer crocs? Check. Eyeball soup and chilled monkey brains for dessert? Check. Temple of Doom depicts India as an exotic but also brutal and bloodthirsty realm filled with casual cruelty and blood-crazed cultists. Its depiction of torture and sacrifice helped make it the black sheep of the Indiana Jones saga until The Kingdom of the Crystal Skull came along, but it was still a huge box office hit, and it certainly thrilled younger audiences as much as it terrified them. 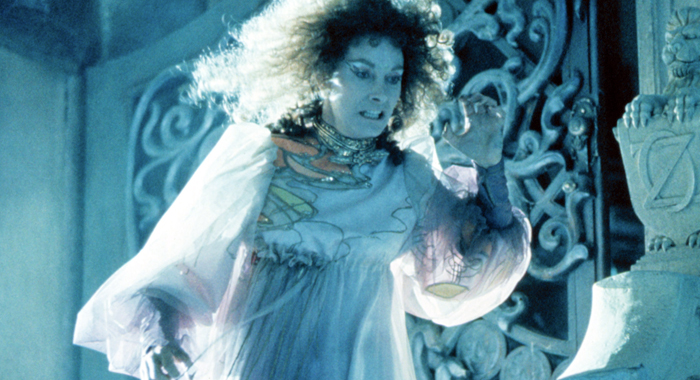 Walter Murch enjoys an impeccable reputation as one of our greatest and most important film editors and sound designers, thanks to his groundbreaking work on masterpieces like The Conversation, The Godfather Part II, and Apocalypse Now, among others. Murch only directed one feature film himself, though: 1985’s Return to Oz, a sequel of sorts to the 1939 Judy Garland classic that amped up the gothic elements of the frequently nightmare-inducing family favorite (who can forget the flying monkeys?) to intense new levels.

The film begins with its plucky heroine (Fairuza Balk, playing a subtly punk-goth Dorothy) deeply depressed following the events of The Wizard of Oz. Her aunt and uncle take her to a doctor who specializes in primitive electro-shock therapy, but before he can work his sinister magic, she ends up back in the Land of Oz. Only, things aren’t quite as she left them: pals like the Cowardly Lion and the Tin Man have been turned to stone, and the once verdant and vibrant kingdom has crumbled into a barren wasteland. She and her strange new friends are pursued by malevolent forces that include the Wheelers, frightening creatures with wheels instead of hands and feet who are as horrifying as anything in an R-rated fright flick, and an evil princess who keeps a collection of sentient, interchangeable, disembodied heads on permanent display.

Like many films of this ilk, Return to Oz was a box office flop, harshly criticized at the time of its release for being an eyeball-melting acid trip of a movie, and later heralded as a cult classic for possessing those very qualities. 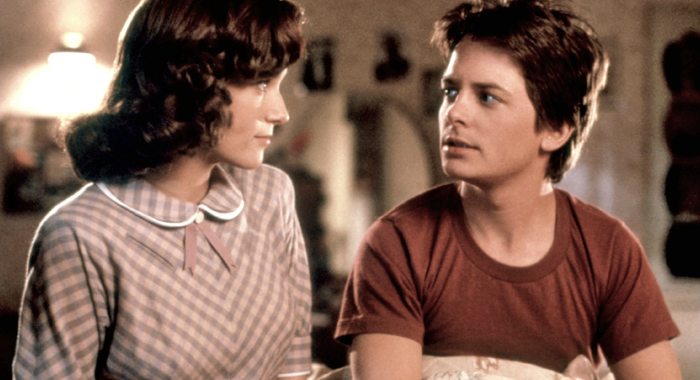 Robert Zemeckis’ masterpiece Back to the Future is so rightfully revered as a quintessential piece of Reagan-era pop Americana that it’s easy to overlook its darker themes. Robert Zemeckis was able to Trojan-horse an awful lot of raunchy, boundary-pushing sexuality and pitch-black, dirty comedy inside ostensibly family-friendly blockbusters that parents were happy to rent over and over and over again for their kids, in no small part because they had so much to offer adult audiences as well.

When it comes right down to it, Back to the Future is the story of a lovable young time-traveler’s heroic attempts to fend off his incredibly hot-to-trot future mother’s feverish sexual advances. Factor in an attempted sexual assault and a subplot involving terrorists out to slaughter the hero’s beloved, daffy mentor, and you have a perfect piece of commercial entertainment with a barely concealed heart of darkness. 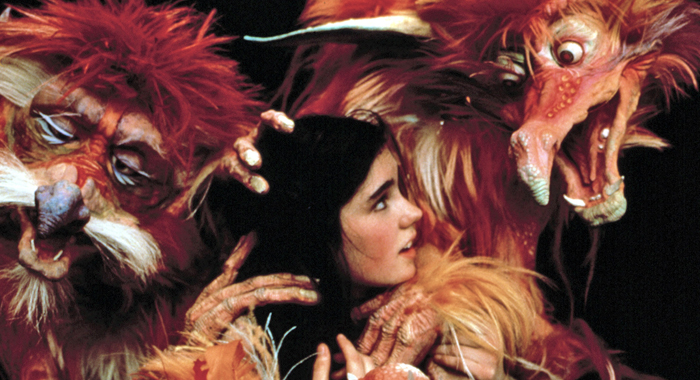 Like Steven Spielberg, Jim Henson earned so much goodwill with families that he could get way with almost anything. The Muppets and Sesame Street made him an enduring international icon of child-like imagination and play, but he longed to tell stories bigger, darker, and more adult than the ones that made him one of the best-loved television creators of all time. With 1986’s Labyrinth, Henson ventured once again (after 1982’s The Dark Cyrstal) into the world of fantasy and allegory with a trippy, kaleidoscopic coming-of-age story.

A still relatively unknown young Jennifer Connelly stars as a teen who loses some of her doe-eyed innocence — but attains no small amount of worldly wisdom — when she ventures into a realm beyond the imagination, at once frightening and beguiling, to rescue her kidnapped baby brother. Labyrinth has all manner of dark elements — groping, disembodied hands, pyromaniac monsters with detachable body parts, a creepy seduction subplot complete with nonconsensual drugging — but its reputation as a corrupter of children is attributable largely to David Bowie’s portrayal of Jareth the Goblin King, whose sinister, very adult sensuality and famously ample codpiece helped kick-start the sexual curiosity of multiple generations of entranced young people. 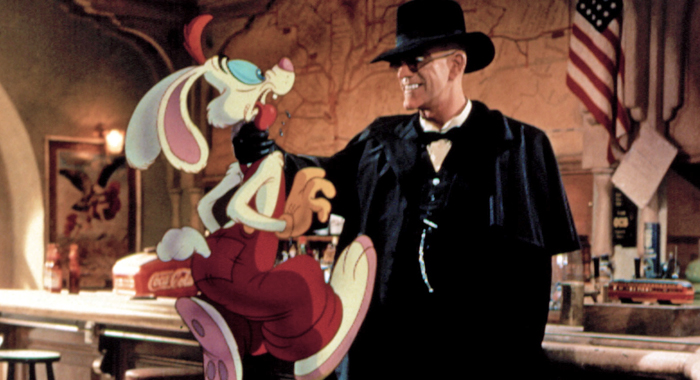 Back to the Future director Robert Zemeckis was also the man behind 1987’s Who Framed Roger Rabbit, a tough, Film Noir-leaning cartoon/live-action twist on Chinatown that casts Bob Hoskins as a tormented alcoholic trying to solve the murder of a kinky cartoon mogul and refrain from getting involved with an animated bombshell.

If Who Framed Roger Rabbit’s misunderstood femme fatale Jessica Rabbit (who, voiced by Kathleen Turner, isn’t bad, “just drawn that way”) is way too sexy, not just for a children’s film put out by a division of Disney, but for film as a medium, its villain is likewise too terrifying for a movie targeted at kids. Christopher Lloyd is utterly unnerving every moment he’s onscreen as Judge Doom, a sort of one-man cartoon apocalypse, but when he becomes his true self during the film’s harrowing climax, he’s pure nightmare fuel, a viscerally unnerving image of unhinged evil.

Despite its incredible success, Who Framed Roger Rabbit never spawned a sequel, only a couple of spin-off shorts. But, like others on this list, it has inspired something of a cult following because of its singular peculiarities and its willingness to test the bounds of children’s entertainment. 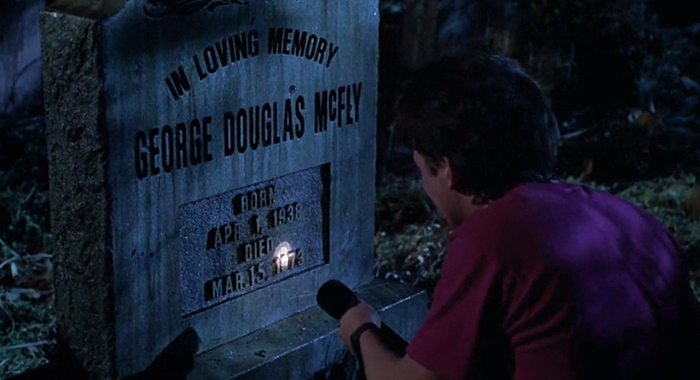 Yup, another Zemeckis movie. We did mention his work in the 1980s was full of subversive humor and innuendo, and both audiences and critics were eating it up. So when it came time to satiate the angry demands of the market and make a sequel to his time-hopping 1985 smash Back to the Future, the prickly auteur evidently felt empowered to go even further with the black comedy and sweaty Oedipal tension. Instead of a darkly comic take on Eisenhower and Reagan’s America, we got a dystopian take on a future-distorted present, in which Thomas F. Wilson’s shady gambling kingpin Biff Tannen lords over a grim Hooverville that makes the brutal alternate reality of It’s a Wonderful Life look positively rosy by comparison. Doc Brown is in a mental hospital, Marty’s dad is dead, and Marty’s poor mom is married to Biff and outfitted in tight, low-cut cocktail garb.

Though it got mixed reviews at the time of its release, the darker, bleaker sequel has become a huge cult film in part because its cynicism feels more of a piece with our despairing current age than Back to the Future’s subversive take on the kinky goings-on behind the white-picket perfection of ’50s and ’80s faux-innocence.