The director of "destructive and lawless" slasher sequel Halloween Kills shares his passion for some '70s classic and gives a sneak peek of how he intends to end his Michael Myers trilogy. 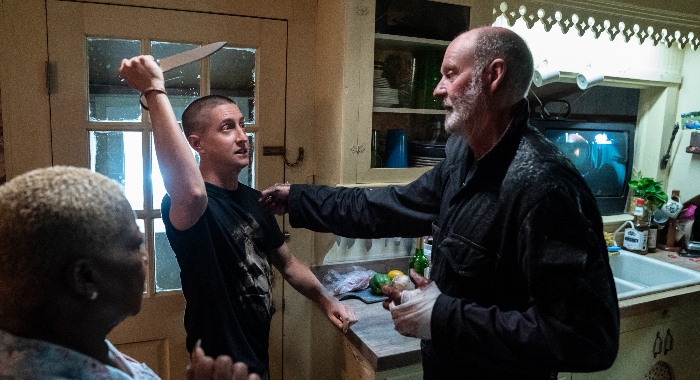 With Halloween Kills, his sequel to 2018’s critically acclaimed – and box-office–slashing – franchise reboot, Halloween, director David Gordon Green has made a horror film aimed squarely at the blood-thirsty hearts of true horror fans. Kicking off moments after the events of the first film, Kills sees Michael Myers surviving Laurie Strode’s (Jamie Lee Curtis) fire trap and beelining to Haddonfield for a killing spree like no other we’ve seen in this franchise – or any other. (Seriously, don’t even try to keep count of the bludgeoned/stabbed/impaled/twisted bodies Michael leaves in his wake this time – we ran out of fingers and toes in the first third, as did a few of his victims.)

Green is becoming one of horror’s hottest commodities – it was recently announced he would next develop a rebooted Exorcist trilogy and he is set to produce a Hellraiser TV series. It’s an interesting evolution for the filmmaker who, until 2018, was mostly known for an eclectic mix of stoner comedies (Pineapple Express, Your Highness) and wrenching dramas (Joe, Stronger). Given his history of playing in different genres, it was perhaps unsurprising that when Green sat down with Rotten Tomatoes to talk about his own favorite movies, the choices were diverse: an iconic Western here, a classic sports comedy there, plus, of course, a few journeys to the dark side. Here, he talks about why the movies mean so much to him, and discusses the challenges of creating all that Halloween Kills carnage and how he plans to close out his current horror trilogy. 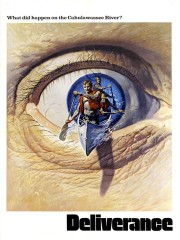 I remember vividly the first time I saw it – probably too young, I was probably 14 at the time. It was a movie that I thought was going to be some sort of Burt Reynolds adventure film. Of course, I’d heard, “Squeal like a pig,” and some tropes from the film, but didn’t understand the reality of what I was getting into, and then ended up seeing this study of masculinity that has affected me so vividly to this day. It’s just an extremely powerful film with a beautiful blend of authentic naturalistic characters from within Appalachian culture, to the movie stars that inhabit the marquees.

I just thought it was just a brilliantly executed film and something that rattles me. A few moments of levity. A few moments of just disturbing poetry, like when Ned Beatty says, “This corn is special.” The appreciation of these strange little domestic incidents…. I could go on about Deliverance. The framed posters on one side of my office wall are Deliverance, Medium Cool, Badlands; on the other side, it’s The Jerk, Monty Python and the Holy Grail, and Going Ape, the Tony Danza movie with the orangutans. 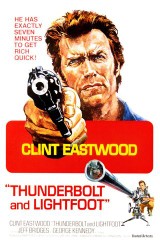 It is a beautifully shot, emotional, action/comedy/drama – it has everything in it – with an appreciation for a quality of character irreverence. Another beautiful Bill McKinney performance, who was the rapist in Deliverance, and here is shooting rabbits out of the trunk of a car and driving with a wheezing raccoon. I mean, just utterly hilarious absurdity, of the best s–tkicker variety. Clint Eastwood and Jeff Bridges never went wrong in the ’70s. Michael Cimino, pre-Deer Hunter – an incredible raw and very bold talent. 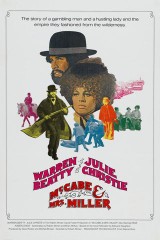 Just a beautiful way to look at the Western genre, that it kind of transcended genre. The Leonard Cohen score, the Vilmos Zsigmond cinematography, the amazing sound design with overlapping dialogue of the variety of characters. Again, the absurd humor that’s instilled into this drama, which has moments of graphic violence and beautiful performances all around. 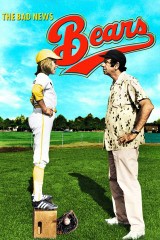 Tatum O’Neal! Walter Matthau! Jackie Earle Haley! Incredible quotable dialogue for days. It’s a fearless movie about kids being kids, that’s not trying to pander to kids. Beer-guzzling, law-breaking… Again, just a portrait of youth, where there are no rules, and it’s got the spirit that made me feel like this movie was capturing me and my friends at the time it was made. 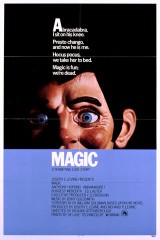 Magic has the single greatest opening of any movie. The first five minutes of it are tremendously haunting and tell you everything you need to know about a character. Then it’s just such a simple study of madness, that I love it. It has very few characters and it could almost be a stage play. It’s just a study, a very simple portrait, of relationships and the mind of an artist, of a creative personality, that doesn’t know where reality begins and ends. I just find it fascinating and the more I watch it, the more I appreciate it. It went from a VHS box on my shelf in, probably 1998, to a movie that I’ve revisited, re-watched, and returned to for inspiration countless times since then. 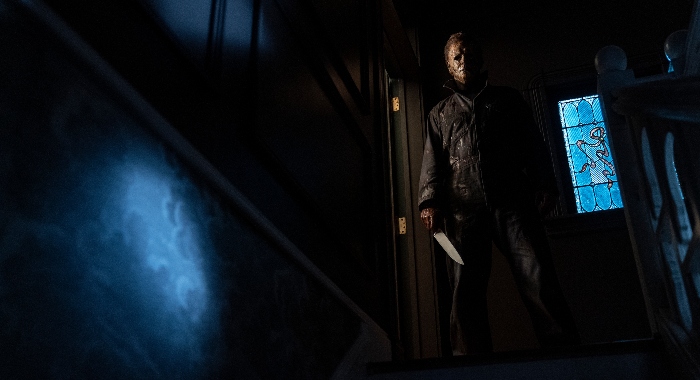 Joel Meares for Rotten Tomatoes: In this new movie, Halloween Kills, I think slasher fans like myself are going to love that fact you just really go there. I feel like you’re just putting it all on the table. It’s so violent. It’s so extreme. The kills are so over the top. Michael’s completely unleashed. How fun was it to go so far, to just go ham?

David Gordon Green: Well, it was the lawlessness of being a middle child. You don’t have the authority of being the first film in the franchise that shows up and says, “Here are my characters and here’s what we’re setting to do.” You don’t have the responsibility of showing up at the end and having to wrap it all up in a tidy way. Here, we really just got to be destructive and lawless. It was a lot of fun.

At the same time, it was a lot of stress, because for the amount of ambition that we had for this movie, and the short number of days that we had… or should I say nights – it was seven weeks of all night shooting. When you’re looking at the ambition, where there’s no simple scene in the entire movie, there’s no exposition of two people sitting in a room talking, other than maybe a moment or two in the hospital with Hawkins and Laurie. But for the most part, every day was dominated by logistics.

So, for all of these kill sequences, we never got more than two or three takes; more often than not, we did it in one. It was rehearsing. It was ironing out all the logistics. It was getting the spectacular ability of [makeup and FX designer] Chris Nelson and our makeup department, to bring their A-game and expertise to this so that we could really make this a standout movie, in terms of Michael Myers and his aggression and… questionable attitude.

Rotten Tomatoes: “Questionable attitude” – I like that! You mentioned that the final film, Halloween Ends, there is a different kind of responsibility. I’d read somewhere that you said it is going to be, – and correct me if I’m wrong – but a slightly more constrained, or contained story. Is that true? And as you’re about to film Ends, what is your mental state going into closing out this trilogy?

Green: I just have to say, it’s less chaotic and we’re kind of getting back to the basics, a little bit. I think we stirred it all up in the middle one and I think now, we can process the emotion. In a leap of time, we can process the emotion that we left the traumatic evening of Halloween 2018. We also experienced the world and its upside-down nature, over four years, following that moment. We’re going to pick up in 2022, with characters that we have grown to love, a couple of new ones, but for the most part, it’s a structured movie.

Again, it changes and evolves so I don’t want to say too much. It’s connecting the pieces, emotionally, between Laurie and Michael, with a sense of resolve. Hopefully, we can think, “This is 40 plus years in the making.” How do we want to leave this mythology, at this point? To leave for the next generation, the next great idea, the next wave of filmmaker or storytellers, to approach in their own way. I want to wrap it up nicely and generously with the fan base, and lovingly of the characters that I’ve come to know and connect with.

Halloween Kills is in theaters and available on Peacock from Friday October 15, 2021.