This week in TV news: The Chicago Cubs’ defeat of the Cleveland Indians made sports and TV history, American Horror Story crosses over with itself, TV gets high marks for diversity, and more. 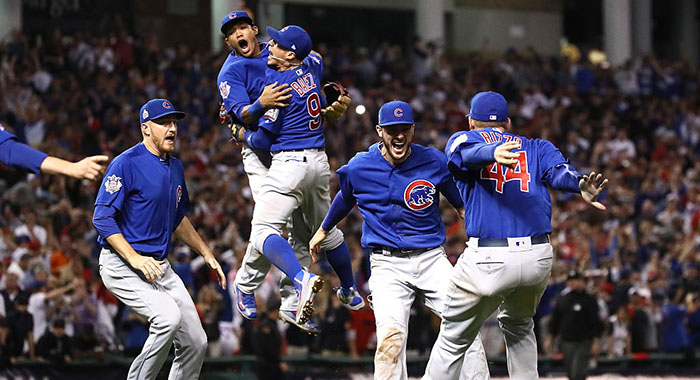 Over 40 million people watched the Chicago Cubs win the 2016 World Series in Game 7 on Wednesday night on Fox. It was the club’s first win in 108 years and the most viewers to tune into the Fall Classic since 1991, Deadline reported. The Cubs defeated the Cleveland Indians 8–7 in extra innings following a 17-minute rain delay. The last time the Cubs won the World Series, in 1908, Theodore Roosevelt was president and the Ford Motor Company released the Model T. 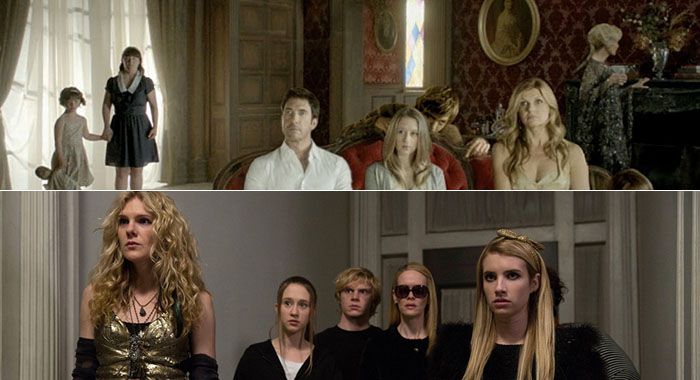 Not long after announcing that the ghostly witch played by Lady Gaga‘s character in American Horror Story: Roanoke is the Original Supreme referenced in season 3’s Coven, Executive Producer Ryan Murphy shared with fans at Entertainment Weekly’s Popfest that a crossover season is coming that combines characters from Coven and season 1’s Murder House. The crossover won’t be next season, possibly due to actor conflicts. “I’ve [already] started going to actors from both of the seasons, quietly saying, ‘I think in this window, if you could fit us in,’” Murphy said. He then divulged on Twitter that a primary character from season 2, Asylum intrepid reporter Lana Winters, will appear on Roanoke before the season ends on Nov. 16. “Sarah Paulson’s Asylum ultimate survivor Lana Winters returns this season on AHS: Roanoke. Happy Halloween,” Murphy tweeted. 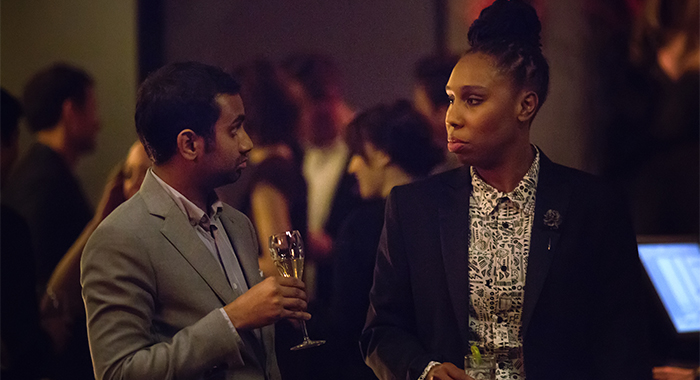 In its annual “Where Are We on TV” report, GLAAD announced that there is record-high representation of LGBTQ, black, and disabled characters on broadcast television in the 2016–2017 season. Of the 895 regular characters on broadcast television, 4.8 percent are LGBTQ, the highest percentage in the study’s decades-long history. The report also pinpointed, however, a TV tendency to “Bury Your Gays” —  “a decades-long trend of killing LGBTQ characters – often solely to further a straight, cisgender character’s plotline,” according to the report. “While it is heartening to see progress being made in LGBTQ representation on television,” GLAAD President and CEO Sarah Kate Ellis said, “it’s important to remember that numbers are only part of the story, and we must continue the push for more diverse and intricate portrayals of the LGBTQ community.” The White House is also taking an active part in tackling Hollywood’s diversity issues: SAG-AFTRA will launch a new internship program for black students that is co-sponsored by the White House Initiative on Historically Black Colleges and Universities and the Entertainment Industry College Outreach Program. With the intention to take on “Hollywood’s pipeline problem,” the White House Diversity Project is designed to help black students obtain immersive, real-world experience to better equip them for careers in the entertainment, media, and communications industries. 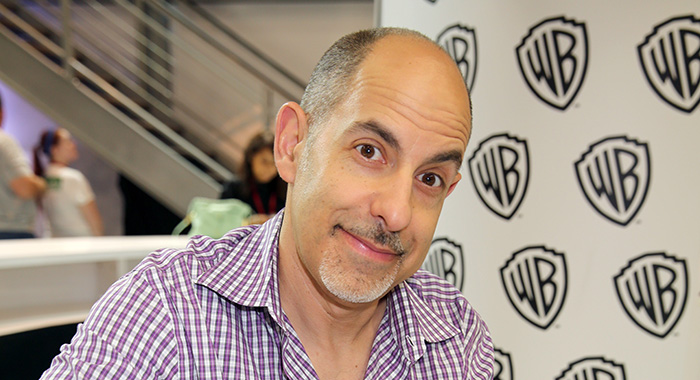 Batman v Superman: Dawn of Justice Executive Producer David S. Goyer, whose TV projects include Constantine and Da Vinci’s Demons, has signed a two-year first-look deal with IM Global Television. Goyer moves to IM Global from Universal Television. His first new project will be LAPD anthology series Golden State, which tells the story of the LAPD over 150 years. HBO announced that it has acquired the U.S. and Canadian rights to Cormoran Strike, the limited series based on Harry Potter author J.K. Rowling‘s crime novels that will star British actors Tom Burke and Holliday Grainger. Showtime will team up with Paramount and Jerry Bruckheimer to develop a TV series reboot of the 1980 feature film American Gigolo, with Neil LaBute (Van Helsing) penning the script. Variety reports that Mike Schur (Master of None) and Matt Hubbard (30 Rock) have come together to develop Action Land, with a pilot commitment at NBC. The CW is developing a procedural with producer Aaron Kaplan (Divorce) called Marlowe, a period drama inspired by the real-life African-American private investigator who inspired Raymond Chandler‘s famed fictional character Philip Marlowe. And Lucifer has received a bit of redemption: Fox has given the sophomore series a back-nine order, which brings its season to a full 22 episodes. 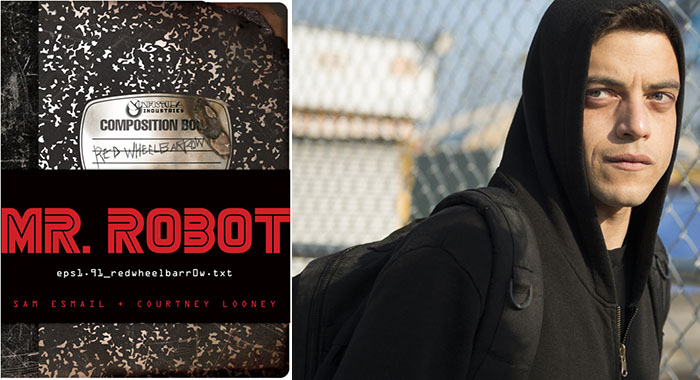 Elliot’s journal, Red Wheelbarrow, written by Mr. Robot creator Sam Esmail and show writer Courtney Looney, was released on Tuesday, November 1. The only official tie-in book for the USA series provides a first-person account of the journey of the hacker hero and documents his internal struggles. The 160-page book retails for $29.95 and also includes “removable artifacts” and sketches.

Hawkins, Indiana, teen Barbara Holland — known to friends as “Barb” — is missing, local station WIYZ reports. Watch this minute-by-minute report with Brenda Wood to find out more about the disappearance and other, Stranger Things.