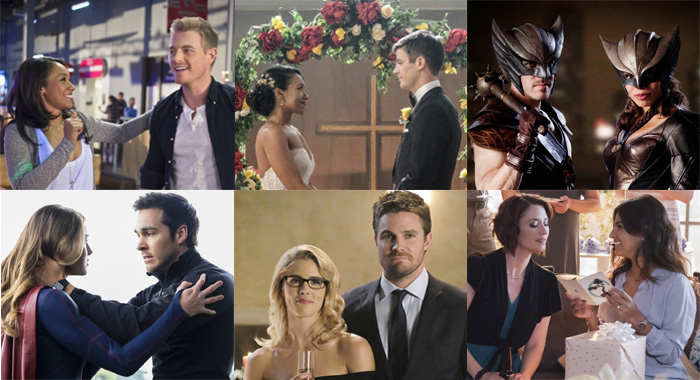 This year’s Arrowverse superhero crossover event, “Crisis on Earth-X,” on The CW may seem like a titanic struggle between our heroes and their Nazi doppelgangers, but it is also, oddly enough, a story about love. Some of the characters are fulfilling traditional heterosexual expectations of love and romance. Others appear to be running from those expectations. And yet still others are smarting from the lack of traditional — or nontraditional — romantic experiences.

The anchor to all of the romantic pondering is, of course, the wedding of Barry Allen (Grant Gustin) and Iris West (Candice Patton). After four years, two parallel worlds, an ex-fiance erased from existence, and a threat from a future Flash, the pair are finally getting married — well once they deal with the invasion from Earth-X, which itself seems to be motivated by a great love. 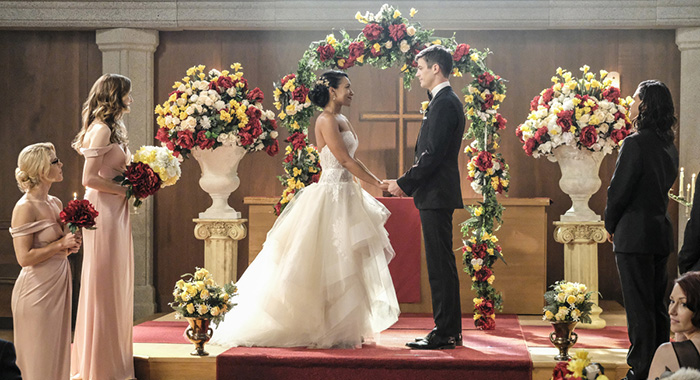 Back in the pages of DC Comics, Barry and Iris’ marriage stood the test of time and even beyond. On The Flash, their love often wavered as the story line demanded. In fact, all of the shows have a spotty record with relationships, but a handful certainly stand as memorable or as meaningful as Barry and Iris. Here are five of the best (and two of the worst) relationships on Arrow, The Flash, Legends of Tomorrow, and Supergirl. 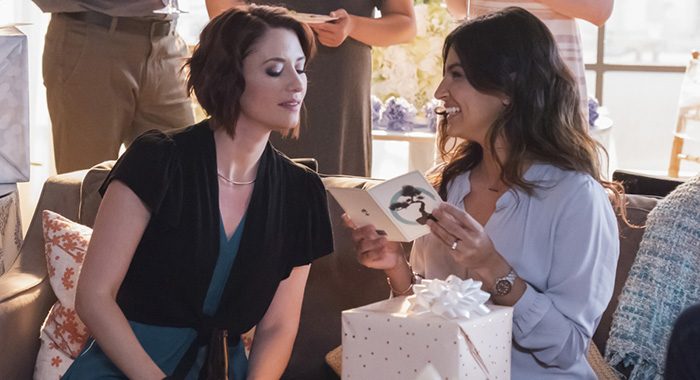 Even though it ended recently, Alex (Chyler Leigh) and Maggie (Floriana Lima) represented the best possible relationship one can find in superhero television. They weathered so much together — both in terms of Alex learning how to be with someone and alien invasions — and seemed to grow with every misstep and argument. Sadly, there was one difference of life goals they could not agree on: children. But even in acknowledging they could not compromise on the issue, their bittersweet farewell was the sort of thing everyone hopes they’ll experience if they have to call it quits with someone special.

The relationship, dubbed “Sanvers” online, became a rallying point for those who had never seen a lesbian relationship portrayed with such sensitivity. It also came as quite a shock when the series announced Lima would not return as a regular in its third year, forcing the series to make the relationship’s end as natural as it could be. Nonetheless, some remain hopeful that the pair will be reunited sometime in the future. 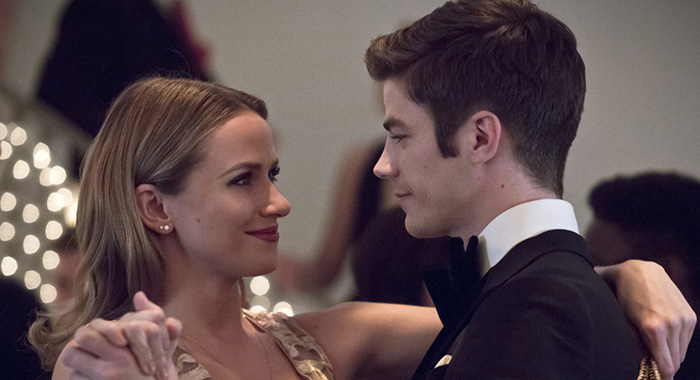 Since Barry and Iris were always fated to be together, Barry’s other romantic entanglements lacked a certain energy — anyone remember Linda Park? One exception to his uninspired love life was Central City Police Department officer Patty Spivot (Shantel VanSanten). Perceptive and dedicated, she was a match for Barry as he tried to conceal a temporary blindness during their first date. The pair had mad chemistry together, and he admitted his secret to her long before he told Iris! Alas, Barry’s One True Pairing was fated in the timestream (and Earth-2), so Patty took a train out of town. Curiously, her major relationship qualm — Barry’s secretiveness — would become a major issue for Barry and Iris in the show’s third season.

In the reality of the production, it seemed a decision was made to bring Iris and Barry together quicker than originally conceived; thus the effort in making Patty an appealing and interesting character ended up a waste. Thankfully, she made it out of town safely and not on a slab like other former Team Flash paramours.

3. Kara Danvers and Mon-El of Daxam 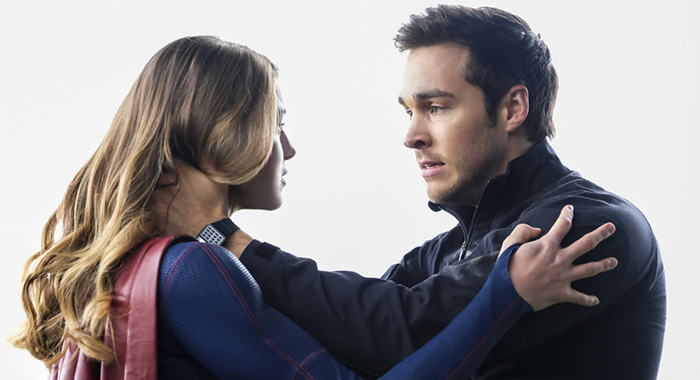 Always a controversial pick for those who hated Mon-El immediately upon his debut, the pairing of Mon-El (Chris Wood) and Kara (Melissa Benoist) was well-drawn — even if Mon-El had to grow a conscience overnight so it could happen. There was an obvious attraction from the get go, even if his bad-boy ways chaffed against Kara sense of duty. He eventually came around to her point of view — and not just for the chance to date her, but also because his heart was in that morality all along. Sadly, it seems his marriage to Imra Ardeen (Amy Jackson) of the Legion of Superheroes has put an end to Karamel forever.

The pair drew the ire of fans interested in the dynamic that seemed to develop between Kara and Lena Luthor (Katie McGrath). Others felt Mon-El’s character changed too sharply in order to get the two together as fast as possible. Back in the comics, Mon-El and Kara were teammates in The Legion of Superheroes, but were never romantically linked. The (relative) success of the pair as an on-screen couple was one of the great surprises of Supergirl’s second season even if it continues to be contentious among fans. 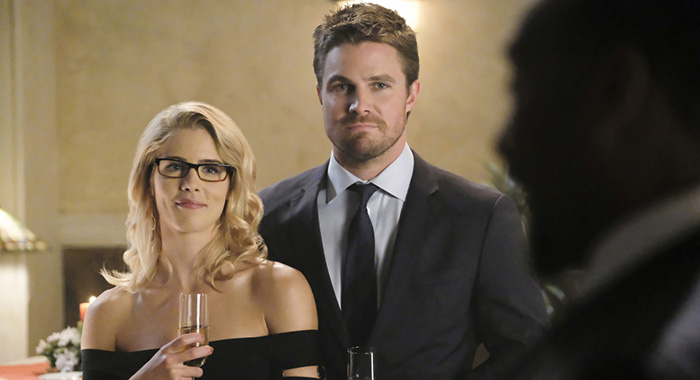 Admittedly, Oliver (Stephen Amell) and Felicity (Emily Bett Rickards) were insufferable the first time around. In giving the fans what they believed they wanted, the relationship took a lot of the bite out of Felicity and made Oliver more of a jerk than usual. This time, though, they come off as complimentary people working toward common goals. We’ve seen them tentatively include William in the dynamic as well, which may be why it is working better this time. The year apart probably helped as well, even if both tried to move on and failed miserably. A helpful explosive device care of Prometheus (or was it Helix?) also put them on the road to reconciliation. But as the only couple on this list still together, there is plenty of time for them to screw it up again. They made a good go of it at the rehearsal dinner!

The key to making it work, of course, is Rickards ability as a performer. She was the reason why “Olicity” took root with fans in the first place. In fact, she may be the reason the entire Arrowverse works as well as it does. Introduced as a recurring character, she was essential by the end of the first season. She also introduced the world to Barry Allen. So, hopefully, she can make the long-term relationship of Oliver and Felicity something fans want to see last. 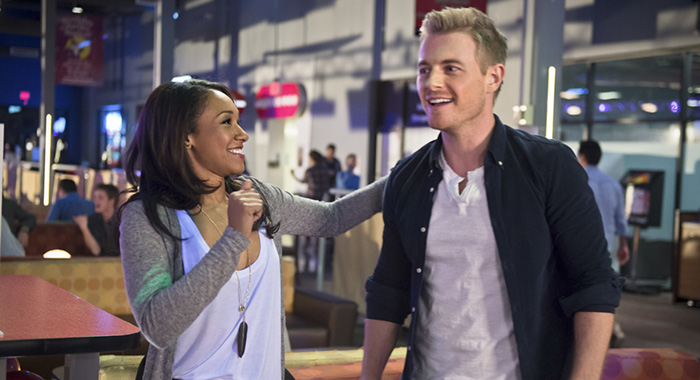 Eddie Thawne (Rick Cosnett) was a victim of fate. As established in The Flash pilot, he and Iris began dating while Barry was in his six-month coma. And while Barry was blinded by jealousy after he woke up, the two were actually a very sweet couple. Unlike a traditional romantic obstacle or a “Captain Suitable” type, Eddie was portrayed as a caring, dedicated man with a bit of an edge to him. He also became friendly with Barry — after decking him, of course — and the rest of Team Flash.

Their relationship was strained when he agreed to hide The Flash’s identity from Iris — a recurring theme over the years. Though it pained him to keep Barry’s secret, he eventually concocted a lie to pacify his inquisitive would-be fiancée. Keeping the secret might have impacted their potential marriage if not for the Reverse-Flash revealing the fate of Iris West-Allen to Eddie. Learning the truth, he broke things off with Iris and sacrificed himself to erase the Reverse-Flash, his descendant, from the timestream. And even that sacrifice was somewhat in vain with remnants of the Reverse-Flash lost in time and space.

Talk about a raw deal. Thanks to Cosnett’s performance and the surprisingly even-handed writing of a character who could easily be an antagonist, Eddie deserved better. Maybe his life is better on Earth-19. 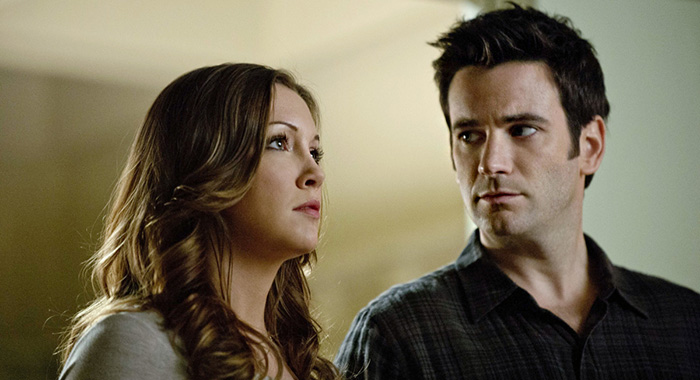 Oh, Tommy Merlyn (Colin Donnell). A hangover from Arrow’s initial mix of Smallville and Gossip Girl, he played the spoiled playboy archetype despite attempting to date the socially conscious Laurel Lance (Katie Cassidy). Looking back, all of their scenes together seemed to come from a different, backlit show. Granted, a number of those scenes took place at the Verdant night club. In the midst of this, his father Malcolm Merlyn (John Barrowman) cut off his trust fund, forcing him to grow up a little and move in with Laurel. The two make the best of it for a time, until Tommy realizes Oliver still loved Laurel. Or, at least, that’s the way he perceived things. Time would prove Laurel and Oliver’s love for each other was never quite as romantic as Tommy believed.

In fact, Oliver and Laurel made for a terrible couple as well.

But perhaps the worst part of the Tommy-Laurel pairing comes after Tommy’s death. For much of the second season, Laurel spent her life in a drunken, despondent stupor and nearly ruined her career. Although the latter had as much to do with the Sebastian Blood (Kevin Alejandro) situation as it did her chemical dependencies.

Laurel eventually recovered, but considering the wobbly writing of both Tommy and Laurel at the time, they easily earn a spot on this short list. 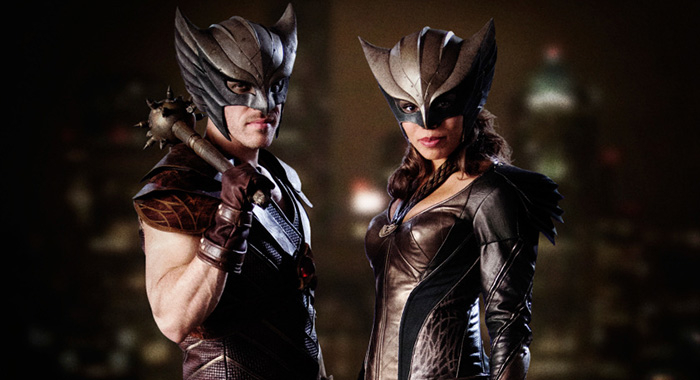 But by a wide margin, the worst of the couples ever presented on the four CW superhero shows has to be Carter Hall (Falk Hentschel) and Kendra Saunders (Ciara Renee): the Hawks of Legends of Tomorrow.

Kendra was introduced as a love interest for The Flash’s Cisco Ramon (Carlos Valdes), but soon learned she was fated to stand beside a be-winged drink of water named Carter Hall. The two had always been together. Well, at least since their first life ended in a battle with Vandal Savage (Casper Crump) over a piece of Nth Metal. Born time and again, the two were fated through a mix of mysticism and science to always find each other and always die at Savage’s hand.

And even lives in which one or the other survived, misery was also their constant companion; as Kendra learned when she encountered an earlier incarnation of herself during a time travel trip to the Old West.

For most of their season on Legends, Carter was dead, killed after an early attempt to end Savage. But other versions of him and flashbacks to previous eras attempted to keep the flame alive. A version of him from Savage’s dark future even joined Kendra in the 21st century! Unfortunately, the writing and performances failed an interesting hook, based on an early 2000s comic book revision of Hawkman. The show attempted to course-correct by bringing Kendra together with Ray Palmer (Brandon Routh), but the relationship could not survive the hand of fate. Kendra and Carter literally flew away at the conclusion of Legends‘s first season to discover what their lives will be like without the threat of Savage.

You’ll note they have never been invited back for crossover events like this week’s “Crisis on Earth-X.” They will likely remain in St. Roch until the end of time.