Although some studios chose to sit out San Diego Comic-Con this year (like Sony, Universal, and Warner Bros.), one that had a big panel Thursday morning was Paramount. Ostensibly focusing on Terminator: Dark Fate (11/1/2019), Paramount also released the first trailer this morning for another big sequel, next summer’s Top Gun: Maverick (6/26/2020).

The panel started with a remote introduction from James Cameron, who wasn’t actually there, but was calling in from the set of the long-delayed Avatar sequels, joking about how long people have been waiting for those films. Cameron also said about the Avatar sequel technology that “I’d love to tell you about what you see behind me, but it’s classified. It would take five hours to explain and no one understands the technology anyway.” The sort of funny irony about him kicking off the Terminator: Dark Fate panel by talking about the Avatar sequels is that they’re now Disney movies, following the 20th Century Fox acquisition, so Paramount was basically using some of their Hall H time to promote another studio’s big movies. Oops. 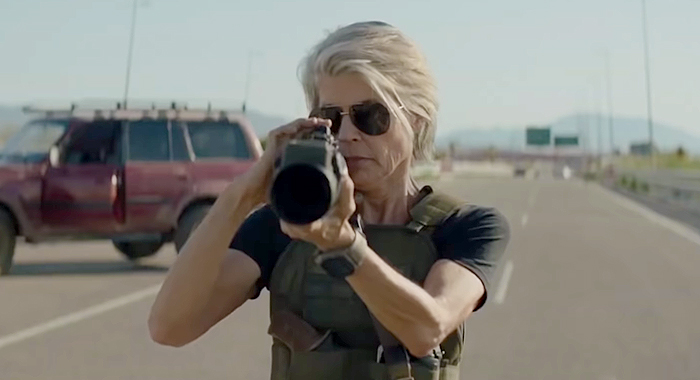 As for Dark Fate, there were two big reveals on top of what we already know from the first trailer and other stories. First, it was confirmed that Terminator: Dark Fate will be rated R, which will be the first time since 2003’s Terminator: Rise of the Machines. Both Terminator: Salvation and Terminator: Genisys had PG-13 ratings, but that didn’t seem to make much difference at the box office in any case, so perhaps the thought is that, like the Die Hard franchise, for example, the Terminator movies are really best-suited to feature R-rated violence (and language occasionally too).

There was also a surprise casting announcement marking the return of one of the stars of Terminator 2: Judgment Day. With returning stars Linda Hamilton and Arnold Schwarzenegger both in attendance, we learned that after skipping the last three Terminator movies, Edward Furlong will also be returning as John Connor, whose future importance was originally what got this whole franchise going. Having said that, it’s not that the character of John Connor himself has been absent from the franchise. Nick Stahl played the role in Terminator 3: Rise of the Machines, Christian Bale played him in Terminator: Salvation, and Jason Clarke took over the role in Terminator: Genisys. The funny thing is, none of those four actors even really look like each other. Are we sure there aren’t four different John Connors from four different timelines? 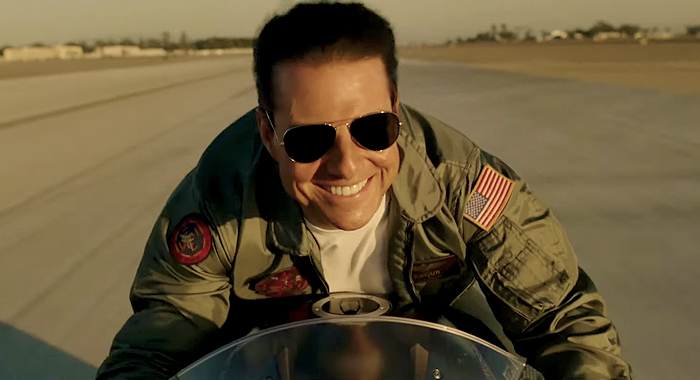 As for Top Gun: Maverick, the trailer makes it very clear that this is a Tom Cruise movie. Although the film features an ensemble cast on paper (including actors like Jennifer Connelly, Jon Hamm, Miles Teller, and the return of Val Kilmer as Iceman), Cruise’s presence dominates the trailer, even if  Ed Harris speaks most of the actual dialogue and gets a pretty great line to boot. The other focus, obviously, is on the fighter jets (this is a Top Gun movie after all), which is interesting, considering the film’s premise had been described, once upon a time, as focusing on “drone pilots.” It’s certainly possible that the modern Navy’s emphasis on drones is still a big part of the story. We’ll find out when the long-in-development Top Gun: Maverick flies into theaters next summer, on June 26, 2020 (up against Lin-Manuel Miranda’s musical Into the Heights).