6 Comedy Lessons From the Cast of I'm Dying Up Here

“Dying is easy, comedy is hard” is a quote comedians have made famous since it was first uttered by Edmund Kean on his deathbed in 1833. Many people already fear public speaking. Add to that the pressure of having to make the crowd laugh, and that’s the job that stand-up comedians sign up for. And when they bomb, it feels like dying.

Showtime’s new series, I’m Dying Up Here, is a drama about stand-up comedians in the ’70s. Jim Carrey lends his wisdom as executive producer, and the series is based on the nonfiction book by William Knoedelseder. Showtime’s version is set in a fictional stand-up club in Los Angeles, however. Melissa Leo plays Goldie, the club owner. Michael Angarano, Ari Graynor, Clark Duke, RJ Cyler, and more play aspiring comedians battling for stage time.

Three of the cast members are actual stand-up comedians: Al Madrigal also got to write on I’m Dying Up Here, and he’s joined by fellow stand-ups Erik Griffin and Andrew Santino. The trio of comics spoke with Rotten Tomatoes before the premiere of the show about the process of stand-up comedy. Each have a new stand-up special airing this year on Showtime. Al Madrigal: Shrimpin’ Ain’t Easy has already aired and is still available on Showtime Anytime. Andrew Santino: Home Field Advantage premieres Friday, June 2, and Erik Griffin: The Ugly Truth premieres Friday, July 7. Here are six lessons in stand-up they shared.

1. THE TRICK IS TO SOUND SPONTANEOUS 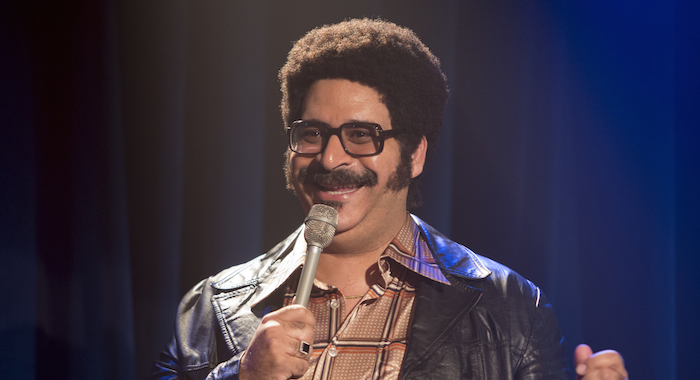 A good stand-up sounds like they just walked on stage and started unloading all their personal baggage to the paying customers. The truth is they’ve been rehearsing for hours, in private or even in front of other audiences before you.

When it’s been part of the act for years, it only gets harder for the comedian to make it seem natural.

“That’s one of the hard parts is performing a bit for the thousandth time and making it seem like [it’s the first],” Madrigal added.

In some cases, comedians have to do jokes they’ve grown tired of as if they’ve just thought of it on the spot.

“Still pretending to like it is hard because there are some bits that you hate,” Santino said. “You’re bound to hate them because you’ve done ‘em so much, but you know they work well and you’re shaping something around it. You have to do it to get to the next place.” 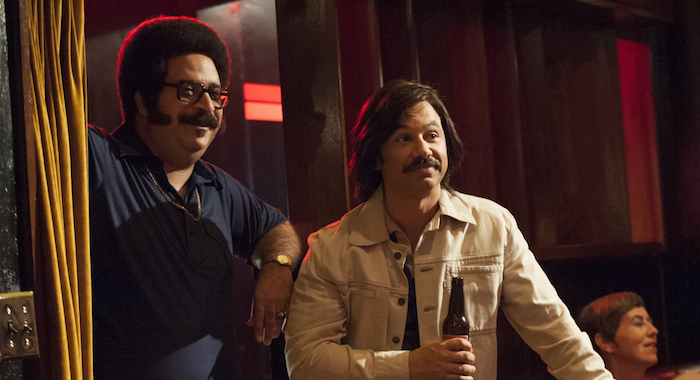 If you try to do someone else’s schtick, it’s not going to work. Only Jerry Seinfeld can do Seinfeld jokes, and only Richard Pryor could be Richard. Don’t try to be the next Sarah Silverman or Kevin Hart. Just be the first you.

“All these new comics are trying to go out and shock, especially female comedians are now trying to be as crude as possible just to get attention,” Madrigal said. “I think trying to mimic what Sarah’s doing. It’s all got to come from somewhere. There has to be some meaning behind it. Amy [Schumer] is that person. Sarah is that person. If you’re trying to manufacture anything, it just doesn’t work. If people try to assume what people want, and they’re not really being themselves, that never works.”

On a side note, stop trying to sound like you think a stand-up is supposed to sound.

“When they first start doing comedy, new comics or even people that have only been doing it three or four years, they’re doing an impersonation of a stand-up,” Griffin said. “This is what I think a stand-up should sound like.”

Santino added, “Some people never get out of that.” 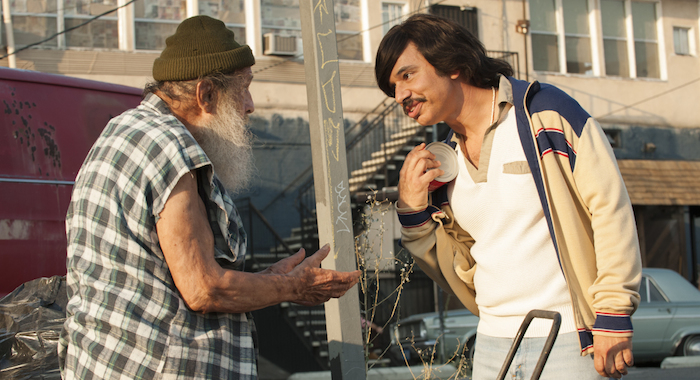 A lot of comedians got a lot of laughs doing variations on “Men are like this, women are like that.” The good ones are still doing it, but they’re so good, you don’t notice they’re still pointing out the same gender foibles.

“That premise is still used today in some of your favorite comics,” Madrigal said. “It’s just a more clever way of saying it. Men and women inherently are different. Ninety-nine percent of Louis C.K.’s bits are all about women are this way, men are this way. It’s just his spin is significant. His spin is so clever and different.”

Universal struggles go beyond men vs. women, Madrigal pointed out: “When [C.K.]’s like, ‘Kids are —holes,’ he talks about that in a way that’s like, ‘Parents and children are different.’ We’re all taking from these similar worlds. It’s just how you do it.”

When it gets into “black people vs. white people,” that’s a little touchier, but many comedians have done brilliant — and healing — jokes about racial differences. On I’m Dying Up Here, Madrigal plays a Mexican comic, Edgar Martinez.

4. LEAVE THE PAST IN THE PAST 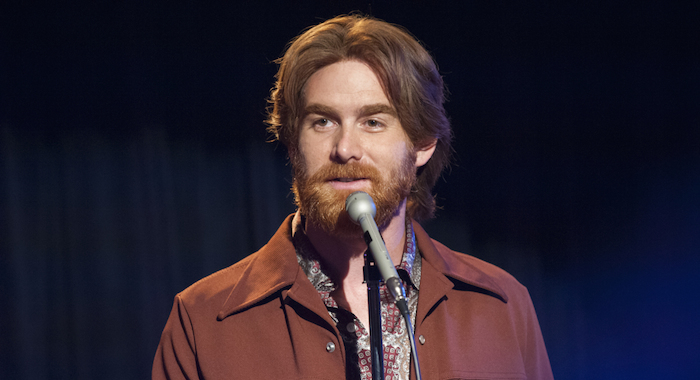 Comics of the ’70s laid the groundwork for all the comedy to come, including the stand-up we enjoy today. George Carlin, Robin Williams, Steve Martin, and Richard Pryor were already honing their craft back then. A comedy historian himself, Madrigal warned viewers that the original material won’t make them laugh like the new stuff.

“The stand-up wasn’t that good,” Madrigal said. “In 1973 you had these pioneers of stand-up, so anything that they’re saying is outrageous. There’s no doubt that a lot of those comics paved the way for others, but everything that they were doing at this point was groundbreaking.”

Madrigal was quite disappointed to research Freddie Prinze and find he didn’t laugh at his then-acclaimed material.

“It was all horrible,” Madrigal said. “It really was. I couldn’t believe it, and people were dying because, at the time, it was groundbreaking comedy — to be able to talk about those different races like that. Any comic at the Comedy Store gets up and does ‘Puerto Ricans talk like this, and Italians talk like this, and white people talk like this,’ they’d be run out of the room.”

The characters on I’m Dying Up Here have to do ’70s appropriate comedy. That’s just the gig.

“The fear is that people are going to watch the show and judge the stand-up versus understanding that it’s that time period.” Santino said. “I don’t think you could do some of those bits today, because they just wouldn’t be edgy enough, it wouldn’t be sharp enough.”

5. GO AFTER THE AUDIENCE 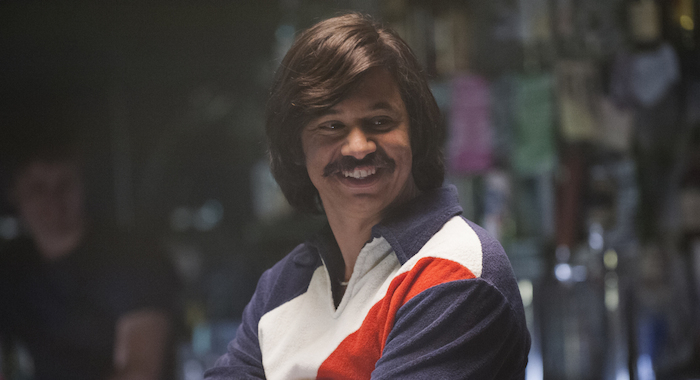 Don Rickles was perhaps the most famous insult comic, and he was onto something, according to Madrigal. Madrigal is a big fan of improvising with the audience. Even in a room full of extras in I’m Dying Up Here, the producers let Madrigal go off script and insult the extras. He thought it was important to include comedy that wasn’t all rehearsed and scripted.

“I tried to do as much crowd work as I possibly could do and get away with,” Madrigal said. “I actually picked on extras. I’m not sure how much of that made it in, but I knew that is always the best part for me. When you go to a comedy club, you get to see, ideally, this unrehearsed, improvised material mixed in with crowd work. Hopefully, that makes its way into the show.”

6. EVEN A-LISTERS HAVE TO WORK IT 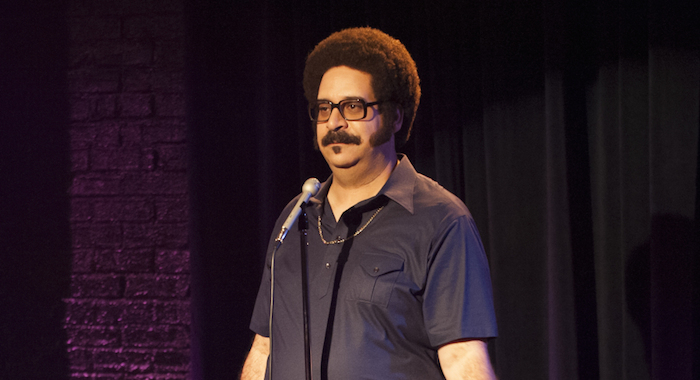 You can go into The Improv or The Comedy Store and see a super-famous headliner comedian bomb. Then you can see that comedian do a stand-up special and kill with the same material. Everyone has to work it to find the perfect wording and rhythm.

“Chris Rock’s great at that,” Griffin said. “He’ll come to the Comedy Store and say, ‘Hey, lower your expectations.’ Then like a week later, he’ll come back and his stuff is like pow, pow, pow.”