There's no better time to catch up on cinema's seminal works, and we're diving into Italian classics: The essential titles, why you need to watch them, and where to stream them now. 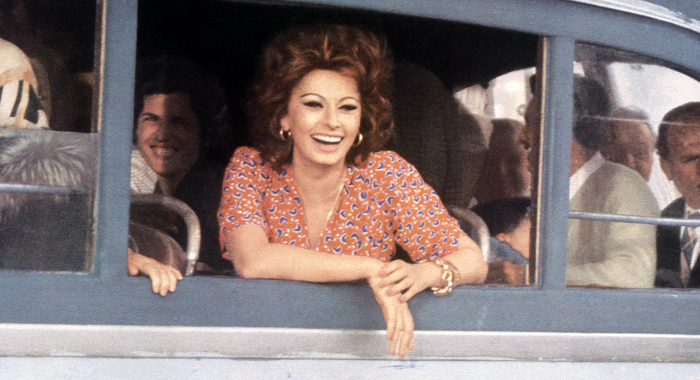 Our new Classic Film Catch-Up feature connects you with classic films to put on your watchlist – beloved favorites and hidden gems alike. With more time at home, there’s no better opportunity to finally watch these titles that helped define cinema as we know it.

The current situation of social distancing has many of us thinking of ways to maximize the time we spend at home. We’re also eating several times a day and annoying our pets, but being productive does cross our minds from time to time. Puzzles, long-abandoned books, craft projects, and New Year’s resolutions have suddenly jumped to the top of our to-do lists. In the RT comments, many of you have shared how you’re catching up on classic films, and we happen to agree that now is the perfect time to increase your classic film viewing.

Concentrating on films released before 1980 (both well-known titles and hidden gems), we’re producing new guides to essential classic films curated by theme, filmmaker, actor, genre, or style – all for your classic catch-up needs. Want to see our picks for the best French farces? How about a curated list of Fresh picks from Alfred Hitchcock, Peter Sellers, or Billy Wilder? As well as curating watchlists, we’re breaking down the films, telling you where you can watch them, and giving you some more recent and/or well-known films the classics might remind you of so you can gauge which movies are right for you.

This week in the Classic Film Catch-Up we’re looking at Italian cinema – great works from the country that gave us visionary filmmakers like Federico Fellini and Sergio Leone, and stars like Sophia Loren. Italy has played a vital role in the business of cinema, popularizing the full-length feature film and pioneering a distribution model that our modern theater industry is based upon. But its the stories, the characters, and the way filmmakers grappled with Italian life that have stuck with audiences.

Italian cinema was shaped by the country’s history as much as it has shaped that history itself. Fascism, which took hold in the nation shortly after World War I, was as much a point of protest for filmmakers as it was a catalyst for innovation within the industry. From Neo-Realism to Technicolor horror, Italy has been at the forefront of some of the most influential moments in cinematic history. Moreover, some of the funniest satires and most swoon-worthy romances in film have come from Rome, Milan, Venice, and beyond. Below, you’ll find representations of all genres and many movements, with our pick of six seminal Italian classics.

Got other Italian classics you’d add to our list? Have a suggestion for a future theme or classic film to feature in the column? Let us know in the comments. 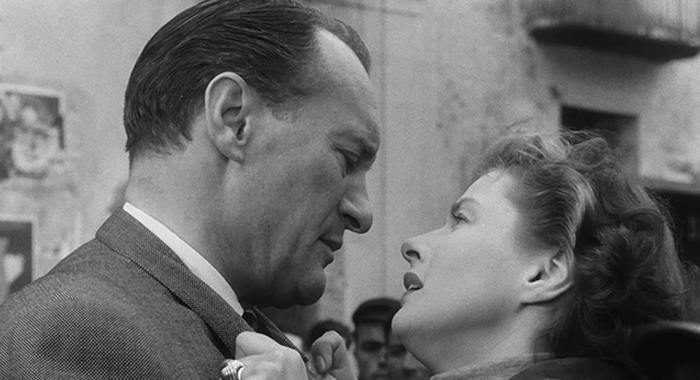 What is it? A couple whose marriage is on the rocks journeys to Naples, Italy.

Why you need to see it: After WWII, Journey to Italy director Roberto Rossellini and co-writer Vitaliano Brancati embraced a new realist style of filmmaking. Though not the first entry in the Italian Neorealism genre (or Neorealismo), Journey to Italy is arguably the pinnacle of what the country’s Neorealists had to offer, and is thought to be Rossellini‘s masterpiece. Opening up the camera work to authentically show Naples – including its grittier sides – proved daunting during filming, but the result is breathtaking. The black-and-white drama follows an English couple in a declining marriage (played by Ingrid Bergman and George Sanders) on a trip to Naples. Throughout the film we look to answer two questions: Do these people truly love each other? And can they stay together? Based loosely on the French novel Duo, the film was a critical and box office failure but endures as one the most influential films of the post-war era, influencing everything from Mean Streets to Thelma and Louise.

Watch it if you like: Marriage Story, Carol, A Room with A View, Call Me By Your Name.

Where to watch: Stream now on The Criterion Channel app. Rent or buy on Kanopy, Amazon, and iTunes. 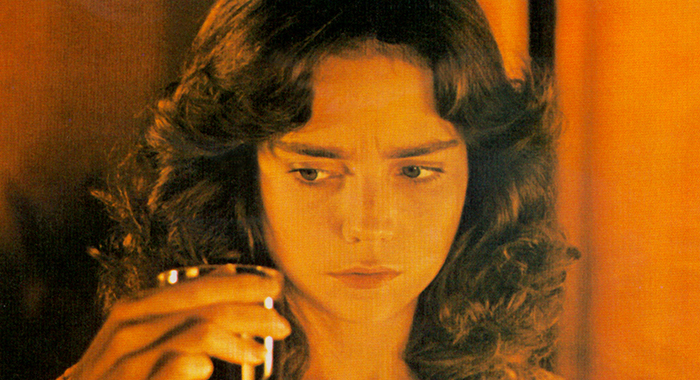 What is it? A wide-eyed ballet dancer joins a prestigious dance academy and discovers sinister secrets about the women who run it.

Why you need to see it: There’s something inherently unnerving watching horrific acts in vivid color, and Dario Argento’s Suspiria exploits that phenomenon with devilish results. Hypnotic and horrifying, the film is a dark, violent fairy tale about a coven of witches who prey on young women in the goriest fashion, and it still terrifies. When the film was released in 1977, it was a relative success, but it was catapulted to cult status after it was released on home media. The cinematography highlights the film’s arresting imagery, and the gothic score that flows throughout has lodged in the memory of many a horror fan. There are definitely issues with the movie – dubbing problems render the dialogue distracting at times – but it’s a supreme testament to the visionary filmmaking that, despite all of this, it was well-received by both audiences and critics.

Watch it if you like: Audition, Hostel, Green Room, Raw.

Where to watch: Stream for free on Tubi and Kanopy. Rent or buy on iTunes. 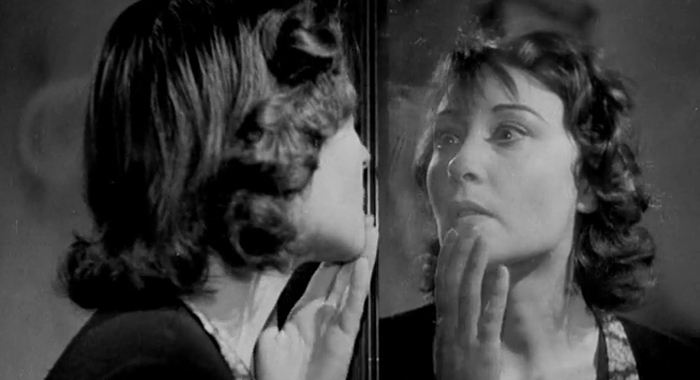 What is it? A sultry noir about a femme fatale who seduces a drifter and convinces him to murder her husband.

Why you need to see it: If Journey to Italy is pinnacle of Italian Neorealism, many credit Luchino Visconti‘s debut Ossessione with giving birth to the genre and establishing the framework for this new style of filmmaking. The film was commissioned and released during Fascist rule in Italy, and Visconti battled constantly with censorship and threats of confiscation to produce his adaptation of James M. Cain’s beloved The Postman Always Rings Twice. MGM released an English adaptation of the book in 1946 starring Lana Turner and John Garfield, but many mark the Italian masterpiece as superior. Compare the two femmes fatales – a hallmark of any good noir – and you can spot a clear distinction between the films: As captivating as Turner is, she can’t hold a candle to Clara Calamai’s searing seduction and heartbreaking vulnerability.

Watch it if you like: Double Indemnity, Splendor in the Grass, Brick, Chinatown.

Where to watch: Stream now on FilmBox Live app. 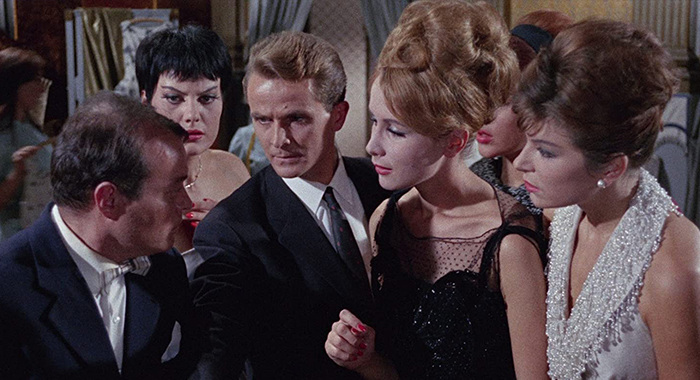 What is it? A gruesome murder mystery set in a fashion house where the models are slowly picked off.

Why you need to see it: If you want to see one of the best examples of Italian Grindhouse, Blood and Black Lace should be on your list. Director Mario Bava is best known for Black Sunday and Black Sabbath, but don’t dismiss this Technicolor slasher released in 1964. Graphic and deliciously colorful, it masterfully contrasts breathtaking cinematography with some truly disturbing images. Watching it, you will instantly understand why the film is a favorite of Quentin Tarantino – as well as other elite filmmakers – and you’ll find subtle nods to the movie in Tarantino’s grindhouse homage Death Proof. Critics crucified the movie upon its release and it was a box office bomb; later, however, audiences and critics grew to revere Black Lace‘s clever mix of eroticism and gore. A true pioneer of the Giallo subgenre of Italian horror-thrillers, Bava never reaped the benefit of his success while he was alive and died virtually unknown outside of die-hard horror fans. Today, he has been canonized as one of the most influential horror directors of all time.

Watch it if you like: Death Proof, Hostel, Green Room, The Evil Dead, Saw, Oldboy.

Where to watch: Stream now on Amazon Prime. Rent or buy on iTunes. 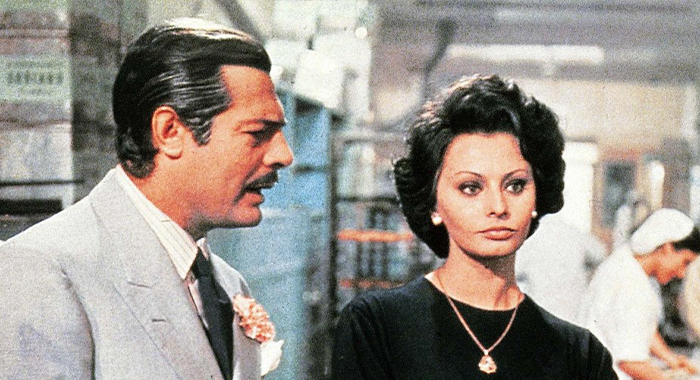 What is it? The long-term mistress of a wealthy rake schemes to keep him from marrying a doe-eyed cashier over her.

Why you need to see it: A list of iconic classic Italian films would be incomplete without at least one entry starring Marcello Mastroianni and Sophia Loren. Loren, who had just taken home the Best Actress prize in 1962 for Two Women, and Mastroianni, who was fresh off a Best Actor nomination for Foreign Language Oscar-winner Divorce Italian Style, were without question two of the biggest movie stars on the planet. The farcical romance, Marriage Italian Style, is a noteworthy title in their respective filmographies that’s often overlooked in favor of films like A Special Day, 8 1/2, or the aforementioned Two Women. The hilarious romp rightfully garnered Loren her second Oscar nomination for her turn as the prostitute-turned-mistress who will stop at nothing to keep her man. A shining example of the Italian comedic sensibility, the film is outrageous, hysterical, and ultimately disarming.

Watch it if you like: Pretty Woman, Shampoo, Boomerang, Out of Sight, Dirty Rotten Scoundrels.

Where to watch: Streaming on Kanopy available to rent or buy on Amazon. 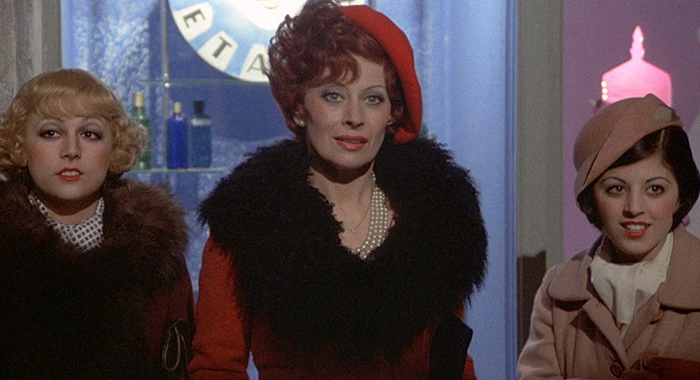 (Photo by Courtesy of The Criterion Collection)

What is it? A collection of satirical stories about a coastal village during the Fascist rule of Italy.

Why you need to see it: Federico Fellini is likely the first name that springs to mind when thinking of classic Italian cinema – and specifically his celebrated 8 1/2. His 1973 comedy Amarcord, however, is thought by many – including Roger Ebert – to be his best work. Winner of the Best Foreign Language Film Oscar, the comedy about a cast of colorful characters who inhabit a village in the Italian countryside is a laser-focused political satire of Italy’s Fascist rule. Religion, politics, and sex: Fellini spared no subject, and the jokes still hold up to this day. The side-splitting anthology is seamlessly bound together by The Godfather composer Nina Rota’s uplifting score.

Watch it if you like: Death of Stalin, Veep, Bernie, The Royal Tenenbaums, Life is Beautiful.

Where to watch: Stream now on The Criterion Channel app. Rent or buy on Vudu, Amazon, Google Play, iTunes, and YouTube.