Clarice Starling TV Show in the Works at CBS

Clarice picks up after The Silence of the Lambs. Plus, CBS All Access renews Star Trek: Picard and The Twilight Zone for second seasons, and more TV news.

The news that came out of CBS and CBS All Access press day at the winter Television Critics Association press tour should be best savored with fava beans and a nice chianti: CBS is developing a series based on The Silence of the Lambs’ Clarice Starling. Meanwhile, CBS All Access has renewed The Twilight Zone a, revealing cast and title names for the second go-around of that reboot, and given an early renewal to Star Trek: Picard.

Want more news? Make it so … 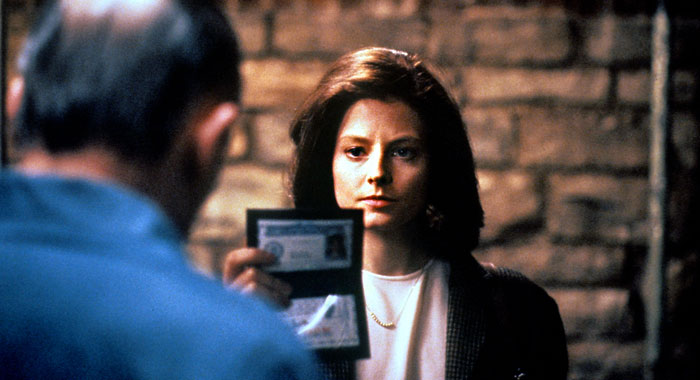 CBS has given a series commitment to Clarice, which will be the untold personal story of Hannibal Lecter’s favorite female FBI agent. The project, which hails from Star Trek: Discovery‘s Alex Kurtzman and Jenny Lumet, opens in 1993. It follows Clarice Starling after the events depicted in The Silence of the Lambs as she returns to the field to pursue serial murderers and sexual predators, while also navigating Washington, D.C.’s high-stakes political world.

“After more than 20 years of silence, we’re privileged to give voice to one of America’s most enduring heroes – Clarice Starling,” Kurtzman and Lumet said in a statement. “Clarice’s bravery and complexity have always lit the way, even as her personal story remained in the dark. But hers is the very story we need today: her struggle, her resilience, her victory. Her time is now, and always.”

No casting has been announced. 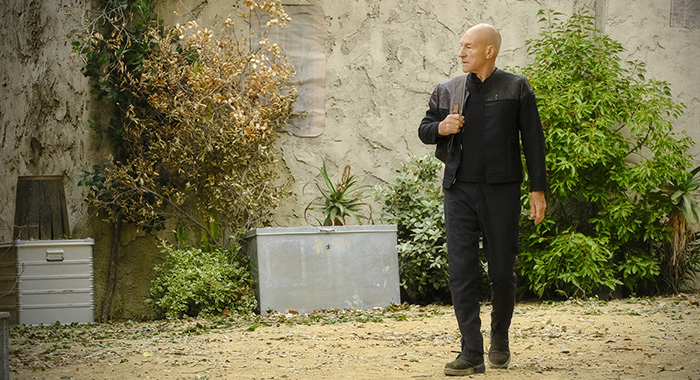 Talk about warp speed! CBS All Access has renewed Star Trek: Picard ahead of its premiere.

The new series, which returns Patrick Stewart to his role as famed former USS Enterprise captain Jean-Luc Picard from Star Trek: The Next Generation, premieres January 23 on the streaming channel.

Executive producer Akiva Goldsman told journalists during the show’s TCA panel that the new series will continue the franchise’s tradition of tackling important social issues — specifically, in this case, class, marginalization and disenfranchisement.

But is it going to be easily accessible for non-Trekkers or those new to the universe?

As to whether other Star Trek characters, such as Spock or Pike, will get their own series? Julie McNamara, executive vice president of original content for CBS All Access, told journalists that they have read fans’ concerns online and conversations happen on the regular. 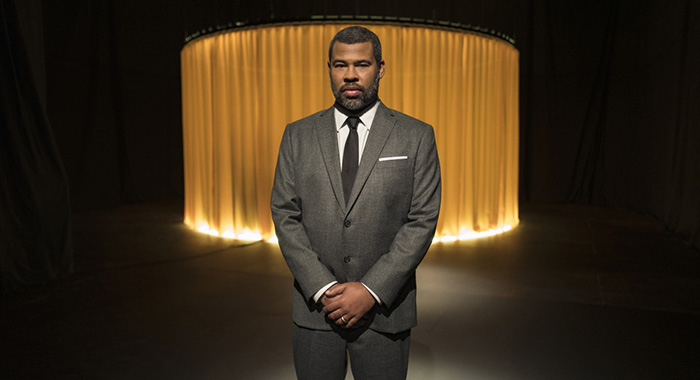 Peele will return as narrator for season 2 and will also write an episode of the anthology series. (He and Kinberg share a byline with Marco Ramirez on the first season’s “Nightmare at 30,000 Feet,” which starred Adam Scott).

The new season will consist of 10 episodes. Some of the full episode titles and (oftentimes familiar) cast follow in no particular order:

Episode: “The Who of You”
Starring Daniel Sunjata
Written by Win Rosenfeld

GOOD FIGHT READY FOR ANOTHER ROW 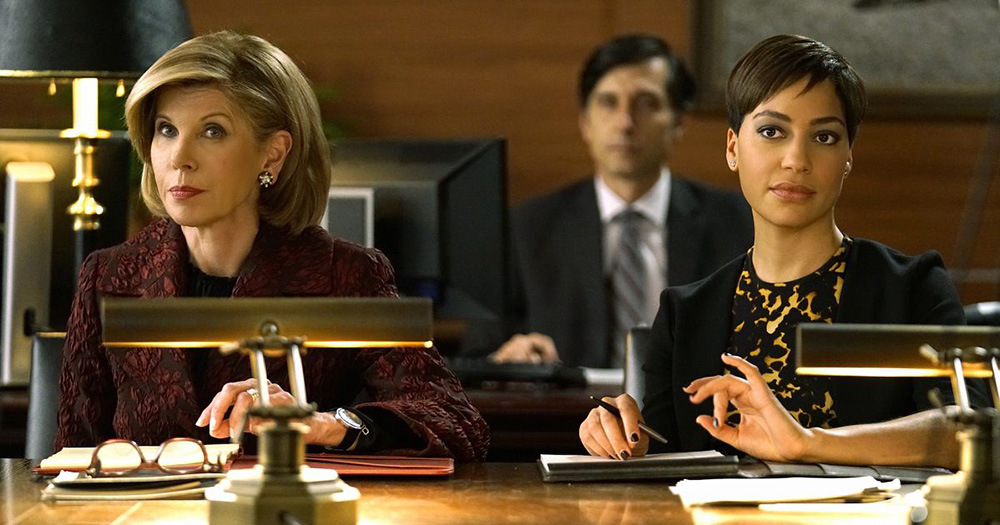 CBS All Access hasn’t released a premiere date for the fourth season of The Good Fight, but that hasn’t stopped creators Robert and Michelle King and the cast from teasing what’s in store for the new chapter.

Robert King told journalists at the TCA press day that the new season will deal with mergers similar to what we’ve seen in the media space. Here, the law firm of Reddick, Boseman, and Lockhart has been purchased by a larger international conglomerate that is more concerned about its diversity image.

It will also still be political — not something that’s always easy to do in this fast-paced news cycle.

“At a certain point you lay down your bet that the world is going to be at a certain place by the time the show comes out,” he said.

The new season of The Good Fight also welcomes new characters played by John Larroquette and Hugh Dancy, and will also welcome back Michael J. Fox, who appeared on the Kings’ former series The Good Wife.

Episode titles will also be an ode to FXX’s It’s Always Sunny in Philadelphia and will all start with “The Gang …” This is a continuation of last season, where episode titles referenced Friends and started with “The One …”.

NEWS GOT YOU ANIMATED? COLBERT HAS A SOLUTION

Why tune into the news when you can toon in? Stephen Colbert, along with Late Show’s Chris Licht and Our Cartoon President’s RJ Fried and Tim Luecke, will soon premiere the new animated variety series Tooning Out the News. As its title suggests, the new show will have five- to seven-minute segments as well as a 30-minute weekly episode. Animated characters, headed by one familiar-sounding anchor named James Smartwood, will mock headlines and interview real-world guests and newsmakers.

“The minute the imaginators at Tooning Out the News decked their bleeding edge ideation bizmeth, I knew that the news jackers were ripe for our freemium growth hack pivot,” Colbert said in a statement. “Let’s go Omnichannel for UTTR! I also couldn’t be prouder to be working with my old friend, James Smartwood. Go get ‘em, Jimbo!”

No premiere date has been announced.

CBS All Access also announced a series order for The Harper House, an animated comedy created by Brad Neely. According to the logline, it “will follow an overconfident female head-of-a-household as she struggles to regain a higher status for herself executive producer Alex Kurtzman said and for her family of oddballs — after losing her job and moving from the rich side to the poor side of an Arkansas small town. To save money, they’ve moved into their inherited Victorian fixer upper, the historic Harper House.” Neely will executive produce along with Katie Krentz.

INTERROGATION GETS AN OFFICIAL TRAILER

The 10-episode drama, which premieres February 6, is based on a true case of a young man charged and convicted of brutally murdering his mother — and then spent 20 years fighting his life sentence. Creators Anders Weidemann and John Mankiewicz told journalists at TCA that all the episodes will be released at once and that viewers are encouraged to watch them in any order you want as long as you start with “Episode One.” But, Weidemann warns, all of these characters lie at some point in this show.

TUNING IN FOR TOMMY?

CBS also released a new trailer for Tommy, the upcoming drama that stars Edie Falco as a newly-appointed chief of the Los Angeles Police Department.

Executive producer and showrunner Tom Szentgyorgyi told journalists during his TCA panel that the show, which was created by Paul Attanasio, was inspired by the fact that Los Angeles still hasn’t had a female police chief — and neither have New York City or Chicago. He said Attanasio also noticed that female cop dramas focus on relationships while male cop dramas follow action sequences. Given its setting, he said Tommy will also focus on topics like immigration, sexual harassment, and human trafficking.

Filmmakers Richard Linklater and Bill Guttentag are developing what could be a purr-fect documentary series for CBS All Access. The as-yet-to-be-titled 10-episode project will be filmed in and around Linklater’s hometown of Austin, Texas and — according to the release — will “provide a window onto the colorful and diverse world of animal rescue through moving, humorous and powerful stories of animals and the humans who love them.”

A premiere date has not been announced.