Clarice Star Rebecca Breeds: Series Is a Step in the Evolution of The Silence of the Lambs Heroine

Clarice Starling has other things on her mind than Hannibal Lecter. Plus, exclusive key art reveal.

It looks like the world really is more interesting with Clarice Starling in it.

On February 11, CBS will premiere new series Clarice, a psychological horror drama that follows what happened to the FBI Academy’s famed behavioral science expert after the events depicted in author Thomas Harris’ novel, The Silence of the Lambs. Set in 1993 — meant to be a year after the timing of director Jonathan Demme and writer Ted Tally’s film adaptation of that book — fans will see how she is dealing (or not dealing) with the trauma of her experiences with serial killers Dr. Hannibal Lecter (Anthony Hopkins) and Buffalo Bill (Ted Levine) as she returns to the field to investigate more murders and mayhem.

And, because series creators Alex Kurtzman and Jenny Lumet are not concentrating on plots straight from a Harris novel, viewers will also see a different version of Clarice herself — and not just because she’s now being played by Australian actress Rebecca Breeds instead of Jodie Foster’s Academy Award–winning depiction of the FBI officer in Lambs or Julianne Moore’s depiction of her in 2001’s Hannibal. 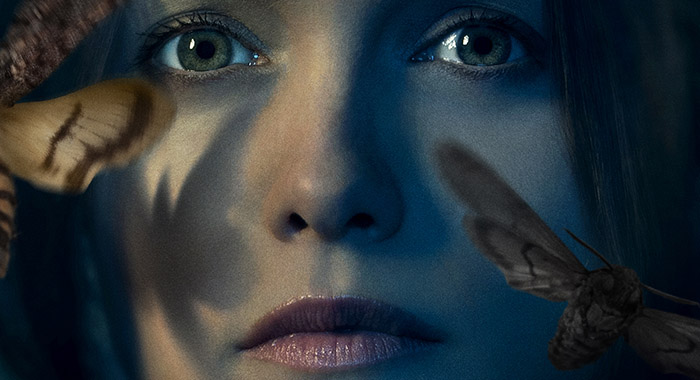 Click image to open the full-sized poster in a new tab.

“The story continues to be told; it continues to evolve,” Breeds told Rotten Tomatoes from the show’s filming home base of Toronto after a night of shooting the new series’ seventh episode. “So I need to be able to continue to invent who she is in different scenarios. So I have to pull from what is authentic and what is me, because that’s all I can do.”

To wit: The poster for the series, which Rotten Tomatoes is exclusively debuting here, is a metamorphosis of the cover associated with Lambs. While Dawn Baillie’s art for that movie shows a moth blocking the mouth of Foster’s Clarice, this key art — designed CBS creative marketing team working in collaboration with an agency — has the moth away from the heroine’s mouth as if she’s now allowed to speak.

Even though the show is a period piece, Breeds said that this image is “representative of the time we’re in.”

“It’s not that the moths aren’t there,” Breeds said. “The traumas in our experience are still present as women in the workforce — with gender and race particularly. We go into [those issues] a lot on the show. It’s not that the trauma isn’t there. It’s just, we’re not silenced by it anymore.”

Clarice also has a friend in the series, Devyn A. Tyler’s Ardelia Mapp, who happens to be Black — but whom Lumet has stressed will not be a “black best friend” stereotype. Tyler’s character is not just the “girl on the phone,” Breeds said.

“She’s not just the one in the basement, doing the background work that pops up every now and then when we need her,” Breeds added. “We talk about her not wanting to be relegated to the basement in the show. And she says what we’re all thinking.”

There are some things about Clarice’s history that cannot be undone.

One is the character’s West Virginia dialect — something Dr. Lecter notes in Lambs that she’s “tried so desperately to shed.” Breeds said she had no idea what it meant when her audition script had the note “with a hint of Appalachia,” and her husband, actor Luke Mitchell, originally advised her to skip it and just do an American accent. 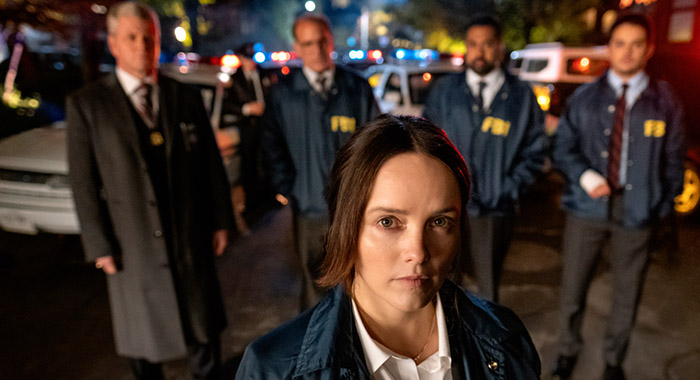 After practicing the regional dialect, “it just kind of worked in my mouth,” Breeds said. “It just felt really right to me. And not only that, it really brought the character home for me.”

It also helps her shed the character at the end of the day, Breeds said, because “it’s not just an accent. It’s a culture, it’s an upbringing. It’s a childhood that informs so much of who she is.”

Another ghost from Clarice’s past appearing in the series is Catherine Martin, the woman she rescues from Buffalo Bill’s clutches in Lambs. Played by Brooke Smith in the film, Catherine is now played by Marnee Carpenter.

“Catherine could be Clarice if Clarice wasn’t so stubborn in not letting her trauma get to her,” Breeds said. “Catherine is the dark side of the way our trauma can take us over. And it’s everything Clarice is fighting against, but it’s also haunting her. Because deep down, being a very intelligent woman, she knows that suppressing and avoiding trauma is not dealing with it. It’s only suppressing it. And eventually it’s going to come out and get you.”

The most enticing adversary of all is not planned to have an impact on Clarice’s television longevity. Due to complicated licensing deals, the character Hannibal Lecter will not appear in  the series — even if he is vaguely mentioned. (The opposite problem plagued creator Bryan Fuller’s NBC series, Hannibal, which — ironically enough — also shot in Toronto. Breeds said some of Clarice’s crew members have worked on both shows, but she’s not sure if they’ve filmed in any of the same locations.)

Despite being a sadist cannibal who is both on the loose and who knows a ton of personal information about our heroine, Breeds said the madman is barely a blip on the radar.