For four decades, master of horror Stephen King has been terrifying audiences with his written word and with the countless adaptations of his works that have hit big and small screens. Now, Hulu is putting their own spin on the formula, by bringing a new look at the author’s creepy universe with new original series, Castle Rock (Certified Fresh at 85% on the Tomatometer). Ahead of its premiere, Rotten Tomatoes got the chance to sit down with the show’s cast and creatives at San Diego Comic-Con to get insight into the new King–inspired series. 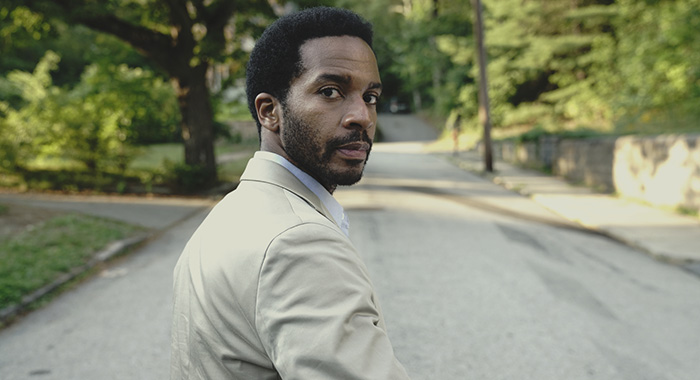 Castle Rock follows lawyer Henry Deaver (André Holland) as he returns to his childhood town to investigate a sinister discovery and ends up facing personal demons from his past. The story features a theme we’ve seen time and again in King adaptations, which have become quite commonplace, but it’s easy to forget just how wide his genre reach actually is. And while Castle Rock is immersed in the iconic realm he created, it was a challenge to make the series feel original while also staying true to the characters and stories that have previously taken place in the fictional Maine town.

“We had to have a sort of graduate-level seminar on the works of Stephen King in the writers’ room,” explained show creator Sam Shaw (Manhattan). “For one thing, the library is so huge! There was no possibility that any of us were going to be able to sit down and read all of those books, so we had to sort of divide and conquer.”

Drawing from King’s Castle Rock–specific books not only helped paint a bigger picture of the town for the Hulu series, it also fleshed out an iconic character unseen on-screen since the early ’90s: Sheriff Alan Pangborn (Scott Glenn) — previously played by Ed Harris in Needful Things and Michael Rooker in The Dark Half. According to Shaw, there was a valid concern over revisiting this character in 2018.

“We are coming back to Alan Pangborn 30 years later,” the showrunner explained. “It was important for us to know that Stephen King was comfortable with us telling the postscript to the Alan Pangborn stories that had already been written.”

Aside from bringing Pangborn back for another go-round, fans should expect a series filled with King references — from lesser known short stories to the epic novels we all love. According to Shaw, there will be a plethora of “deep cuts” for “Ph.D.-level fans” to seek out. But as it’s been teased throughout multiple show trailers, the first season of Castle Rock will bring audiences back into the cold, haunted walls of Shawshank Prison.

“So it’s a prison story and there’s Shawshank … and that’s obviously going to be gratifying and mean something to somebody who’s a fan of that movie,” Shaw teased. 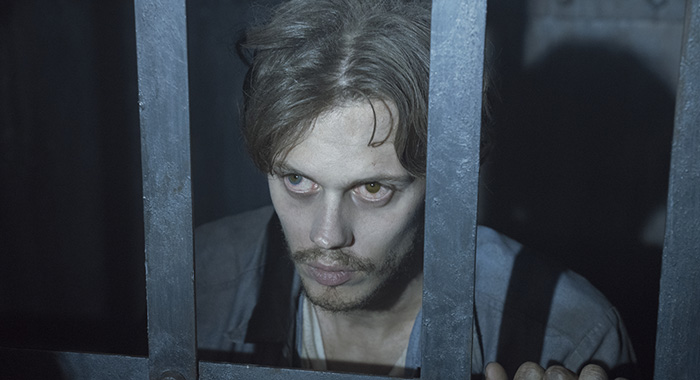 Bill Skarsgård (It), whose character is found in a cage underground, struggled a bit with the location.

“Initially, going into it, it was really important that he has been in isolation for a really long time,” Skarsgård explained. “So, you know, researching what solitary confinement does to one’s psyche, trying to imagine what it would’ve been like to have been in there for that long and how strange and terrifying it would be to interact with people again after being there.”

Skarsgård’s role in the series is shrouded in secrecy, but his appearance sets off a chain of events that brings Henry — the main character in the story — back to his childhood town. 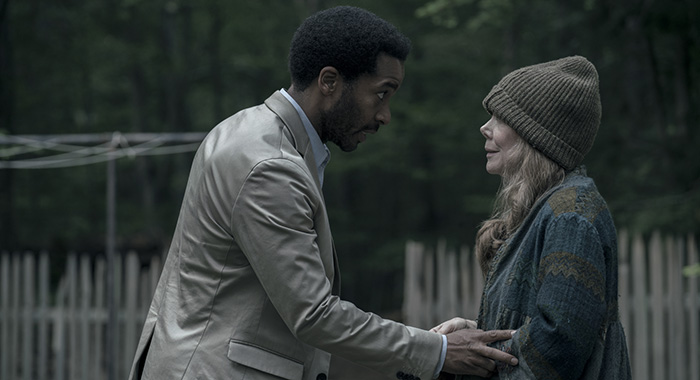 Another King alumni plays Ruth, Henry’s adoptive mother: the original Carrie, Sissy Spacek. These heavy hitters help to add a grounded feel to the story, which gives a closer look at the unnerving underbelly of small-town America, a place King thrives in.

Referencing his own deep passion for Twin Peaks — another series exploring one town’s quirky dark side — Shaw acknowledged his fascination with the demons that lurk behind picket fences.

“To a certain extent, we’ve always sort of been obsessed with stories on the dysfunction of small towns,” Shaw said. “But Twin Peaks has such a specific landscape that is so steeped in David Lynch’s sense of the Northwest. Part of what I think we always loved as readers of Stephen King was how specific his anthropology of New England and Maine was.” 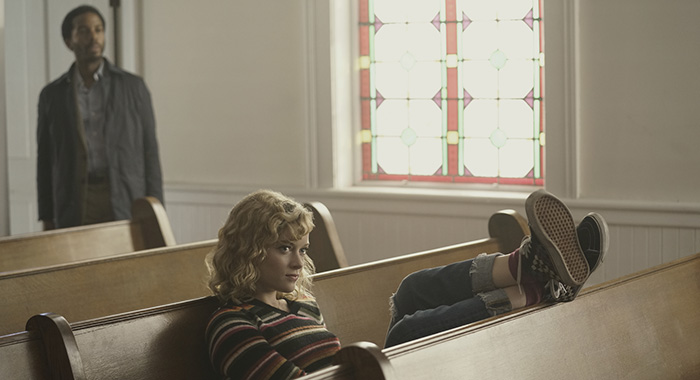 Jane Levy, who plays a character named Jackie Torrance — which she would neither confirm nor deny is connected to King’s The Shining — took Shaw’s sentiments one step further: “When you’re in a small space and there’s generational history, there’s neighbors that know each other’s’ good stuff and bad stuff. That’s really juicy grounds for drama […], and it’s also such a scary idea to think the town itself might be the villain.”