The celebrated actor delivered a phenomenal but underappreciated one-two punch 25 years ago that showcased his legendary onscreen persona but also signaled the end of a significant chapter in his career. 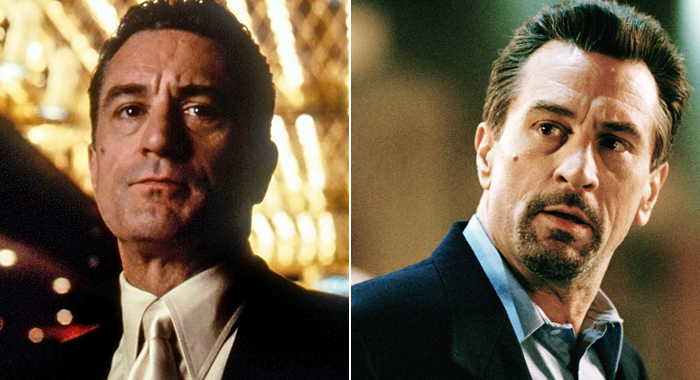 Twenty-five years ago, Robert De Niro enjoyed a particularly stellar year that would change his career forever. In November, he reunited with his frequent collaborator Martin Scorsese for Casino, a companion piece of sorts to their 1990 masterpiece Goodfellas. Just a few weeks later, he shared the screen with fellow acting titan Al Pacino for the first time in Heat, Michael Mann’s cops-and-robbers epic.

Yet at the time, this one-two punch wasn’t necessarily regarded as a triumph. Sky-high expectations for a de facto Goodfellas follow-up and a Pacino/De Niro team-up meant that both movies garnered a lot of reviews that were more respectable than ecstatic, and months later these two awards hopefuls received a grand total of one Oscar nomination between them — for Sharon Stone’s career-best performance in Casino.

Criticisms leveled at both movies at the time zeroed in on the crime-picture familiarity that now makes them feel like classics. Some came down especially hard on the idea that Pacino, Pesci, and particularly De Niro were repeating themselves. De Niro had delivered gentler, change-of-pace performances not much earlier in movies like 1990’s Awakenings and 1993’s Mad Dog and Glory, and the close proximity of Heat to Casino wound up calling attention to his characters’ similarities across the two films: Owen Gleiberman of Entertainment Weekly described him as “a scowling cipher, a forbidding synthesis of dictator and monk,” then a few weeks later noted that in Heat, “as in Casino, he’s playing an ice-minded humanoid.”

It’s true that both movies find De Niro acting in a chillier register than his work in, say, Taxi Driver or The Godfather Part II (to say nothing of the genuinely sweet Mad Dog and Glory). Sam “Ace” Rothstein, the mob-affiliated casino boss he plays in the Scorsese picture, and Neil McCauley, the career criminal he plays in Heat, do their respective jobs with ruthless professionalism. McCauley offers the spiel that lends Heat its title, explaining that anyone serious about the heist business needs to be able to drop all attachments “in 30 seconds flat if you feel the heat around the corner.” Ace, in the meantime, is the kind of exacting control freak who demands one of his buffet chefs put an equal amount of blueberries in each muffin. If Neil and Ace are less immediately magnetic than even some of De Niro’s more villainous characters — the scene in Heat where he must rebuff the vaguely inexplicable interests of Amy Brenneman is one of cinema’s least romantic meet-cutes — the tension in both movies comes when the De Niro character’s detachment is challenged.

That’s visible in the famous Heat diner scene, the mid-movie sit-down when McCauley meets with cop Vincent Hanna (Pacino) over coffee. As the conversation continues, Mann catches more of each actor’s reactions, cutting to them when they’re listening, not just when they’re speaking. So much of the scene’s drama happens in the actors’ eyes, as De Niro portrays McCauley, briefly freed from the responsibilities of organizing a major heist, making thoughtful considerations as he answers Hanna’s questions about his motivations. The scene probably wouldn’t be as effective without De Niro’s unforgiving exterior, and it certainly wouldn’t be as chills-inducing with other actors.

In Casino, the steely enforcer lets his guard down in an early scene where he proposes marriage to Ginger (Sharon Stone), negotiating and equivocating about how their “mutual respect” can lay the groundwork for a good partnership, even though she doesn’t love him, and says so upfront. It’s more subtle than either pleading or outright strong-arming and, as such, both heartbreaking and a little pathetic. 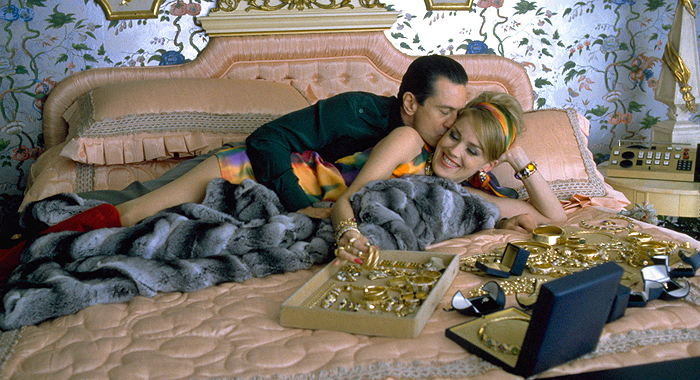 It’s no shock that De Niro is actually great in both of his 1995 movies, though it is a little surprising that even after their reputations grew, he still managed to be underestimated. The images Casino and Heat projected of the actor as a serious, driven professional were especially appropriate for that stage of his career — a stage that these two movies helped bring to a close. His filmography is too long and varied to categorize every performance, but Heat and Casino are arguably his last two big-ticket leading-man parts in the crime genre that made him famous. Over the next few years, he would do a lot of character and supporting parts (Sleepers, Cop Land, Jackie Brown, Great Expectations) and some self-conscious riffs on his past roles (The Fan revisits both Taxi Driver and Cape Fear; Analyze This parodies his mafia parts; Meet the Parents depends on his tough-guy image). Later, he would do more comedies, often about aging and/or families, sometimes to great effect (Silver Linings Playbook; The Intern), sometimes less so (The Big Wedding; The Family).

Many of these later-period movies are about bringing De Niro back down to earth, even when they’re not directly kidding his on-screen history (and a lot of them do, beyond even his two comedy franchises). Sometimes this can be read as undermining his legacy, sticking him in unserious paycheck-friendly gigs like Dirty Grandpa or Grudge Match when he “should” be doing more projects with titans like Scorsese, who took a 24-year break from casting De Niro after Casino, or big-name auteurs like Mann. While it’s true that De Niro has appeared in his share of movies that aren’t especially worthy of his talent, it often seems that he’s both willing to work and remarkably free of ego in the work itself. 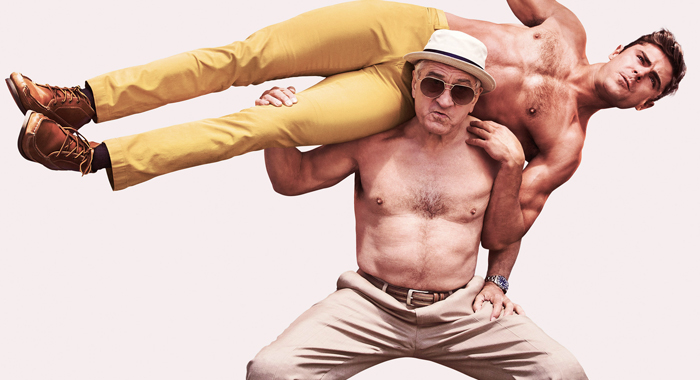 His characters in Casino and Heat are quite the opposite; they wouldn’t be caught dead doing jobs that could be perceived as beneath them. (McCauley’s promise to Hanna in the coffee-shop scene makes this more or less literal.) They’re men of discipline, yes, and certainly McCauley displays less hubris than Ace, who at one point broadcasts his own television show to settle scores with the Las Vegas gaming commission. But they’re both larger than life — not because of particularly gregarious personalities, but because they loom outside what Heat refers to as a “regular-type life.” De Niro can get away with moments of unemotional minimalism because of his own towering work before these movies, especially the volcanic outbursts of Goodfellas, Taxi Driver, The Untouchables, and Raging Bull, among others. In 1995, at least, his reputation preceded him.

Neither of De Niro’s 1995 movies were received as a farewell to the iconography and prestige involved with being the legendary Robert De Niro, and knowing his work ethic, they probably weren’t intended that way, either. But 25 years later, they play like De Niro has honed his most familiar tics into a sleek, efficient weapon. Heat and Casino both prepare him for middle age, and this doesn’t just mean his comic roles and character-actor parts. Look at an underseen later-period De Niro movie like Stone: It generates plenty of intensity as his parole officer character faces off against a prisoner played by Edward Norton, but this is a life-sized De Niro, his anger and violence repressed, his disappointments flattened out.

This extends to his recent reunion with Scorsese, The Irishman, where he plays a hitman as an unquestioning working stiff. The film is powered by the idea that maybe those classic gangster movies were even sadder and less glamorous than viewers entirely realized at the time — something else that both Heat and Casino were preparing for back in 1995, when they were met with good-but-not-great receptions. Neil McCauley orchestrates a precise and ambitious heist, falls in love, and the LAPD still catches up to him; Ace Rothstein ends his long, detailed, decades-spanning story about Vegas with a shrug as he returns to bookmaking. Maybe a lot of those beloved De Niro icons were secretly workhorses all along.