Here are some short reviews of films screening at the Cannes film Festival:

Early in "Red Road," Jackie (Kate Dickie), who works in surveillance for the police, notices the ghostly image of a man on her screen. We know instantly he means something to her, and we get the idea he’s done bad things. Jackie starts poking around his neighborhood, in a rough section of Glasgow, getting ever closer to the man. What heightens the suspense of Andrea Arnold‘s film is that it keeps its secrets until very late in the game; when these characters run into each other, it’s nearly impossible to predict what they’ll say. "Red Road" (screening in competition at Cannes) is a tense, fascinating film, Hitchcockian in the best sense, and filled with convincing characters and an aching poignancy at the center of its mystery.

Koistinen, the hero of Aki Kaurismaki‘s "Laitakaupungin Valot (Lights in the Dusk)," has the sad-sack, put-upon expression of a silent comedian. He also says about as much ("I can tell you have rock ‘n’ roll in your bones," a date sardonically tells him). Unlucky, unhappy Koistinen (Janne Hyytiainen) works as a security guard, and he is ignored or taunted by his co-workers (and by those he’s supposed to be securing places from). One night he meets a beautiful woman, who seems to kinda like him, but it becomes quickly apparent she’s playing him too. "Dusk" (screening in competition) is a comedy, but a very, very dry, slow-moving one; if you can take the deliberate pacing and the desperate scenario, you will have a small comic gem on your hands.

Ye Lou’s "Summer Palace," (in competition) tells the story of a group of Beijing college students during the heady days before the Tienemen Square massacre. Yu Hong (a haunted-looking Lei Hao) leaves behind her small town for college, and begins a passionate, combustible relationship with Zhou Wei (Xiaodong Guo). For the first half, the film is a sharp take on college life with all its insecurities and idealism; it’s also pretty erotically explicit. (The pop songs on the soundtrack, which include Toni Basil’s "Mickey" and Paul Evans’ "Seven Little Girls," create a hypnotic mood). Once our protagonists graduate, however, the film shifts gears, focusing primarily on Yu Hong’s increasingly bleak love life and her endless pining for Zhou Wei, with diminishing results. While it contains visual riches, the second act of "Summer Palace" is far too slow to maintain the interest the first half of the film achieves almost effortlessly. Still, there is much to admire in "Summer Palace," even if the operative word is "much."

A scene from "Lights in the Dusk"

The easiest way to describe "Princess" might be that it’s like a cross between "V for Vendetta" and the works of graphic novelist Phoebe Gloeckner. This half-animated, half-live action film about a wise-but-damaged five-year-old and the uncle who vows to protect her, has moments of real beauty — as well as scenes that are unutterably painful to witness. (It’s screening in the Director’s Fortnight category). August becomes the guardian of Mia, who lives in a brothel after her mother, a porn star, has died. After watching home movies of life with his sister (which includes footage of their parents’ fatal car crash), August declares war on the distributor of her films. Those grainy, live-action home movies bespeak of a fragile, tumultuous familial bond, and the relationship between August and Mia (presented in an Anime-influenced style) is touching — even as they become partners-in-revenge. "Princess" is not a fun film (and I’m not sure the vigilante angle ultimately works), but it has an agonizing power. 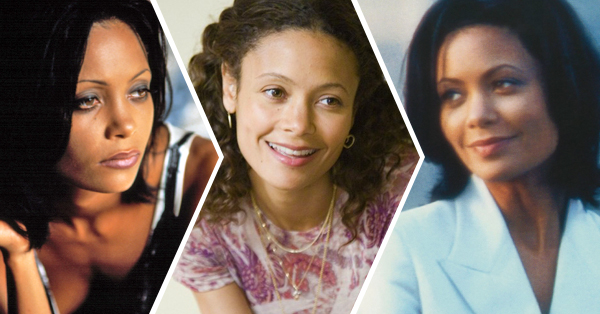