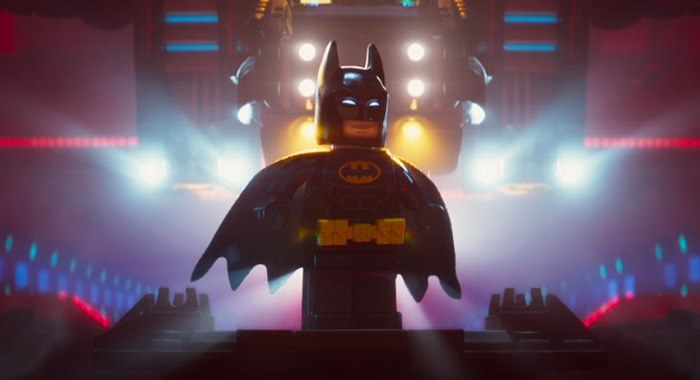 This weekend, a trio of newcomers couldn’t break through with openings somewhere between mediocre and disastrous while the top two films from last week took the top two spots once again.

Easily taking first place for a second straight weekend was the superhero adventure The LEGO Batman Movie which slipped a reasonable 35% to an estimated $34M bringing its total up to just under $100M at $98.8M. With nothing on the horizon for next weekend, it should threepeat before Logan is unleashed on March 3rd. LEGO Batman is currently running about 25% behind The LEGO Movie from 2014. That film ended up with $257.7M which would mean about a $195-200M finale for LEGO Batman.

Falling 55% was Fifty Shades Darker, taking in an estimated $21M this weekend, bringing its total up to $89M. Comparisons to Fifty Shades of Grey are difficult as that film opened on Presidents Day Weekend two years ago, but look for the sequel to end its run somewhere in the $125M range, around 25% less than the original.

Matt Damon’s controversial Chinese epic The Great Wall opened to a middling $18M this weekend, according to estimates, from 3,326 theaters for a per screen average of $5,436. Normally opening to $18M on a $150M budget film would be terrible but this is one of those films that has done great numbers overseas with its international gross sitting at $245M already. Anything it picks up domestically is just icing on the cake. A ‘B’ CinemaScore and 36% positive reviews on Rotten Tomatoes does not bode well for its future here.

Landing in fourth place was the hard-hitting action film John Wick: Chapter 2 which fell 46% in its second weekend to an estimated $16.5M, bringing its total up to $58.7M. In just two weeks it has passed the lifetime gross of the original surprise hit which made $43M in the fall of 2014. Look for final numbers in the $80M range which is more than good enough for Chapter 3 to happen.

Debuting in fifth place to less-than-stellar numbers was the Ice Cube comedy Fist Fight which opened to an estimated $12M from 3,185 theaters for a per screen average of $3,772. Reviews were on the low end with a Rotten Tomatoes score of 32% positive, and audiences didn’t care much for it as well, giving it a ‘B’ CinemaScore. This is the worst wide release opening for an Ice Cube film since 2010’s Lottery Ticket which opened to $10.6M.

Oscar hopeful Hidden Figures continued its strong run slipping only 11% to an estimated $7.1M bringing its total to an impressive $142M a week before Oscar Sunday. 3-time box office champ Split took in an estimated $7M this weekend bringing its total up to $123.6M after five weeks. It is now M. Night Shyamalan’s fourth highest grossing film, sandwiched in between 2004’s The Village ($114M) and 2010’s The Last Airbender ($131M).

A Dog’s Purpose came in eighth place this weekend with an estimated $5.5M bringing its total up to $50M for Universal, which has four films in the top 10 this weekend. Oscar favorite La La Land had the best hold in the top 10 taking in an estimated $4.5M, a drop of only 9% from last weekend, bringing its cume up to $133.5M. If as expected it sweeps the Oscars next weekend it’ll be interesting to see what kind of bump it gets seeing as how it has been in theaters for nearly three months already.

Rounding out the top 10 was the debut of A Cure for Wellness which imploded taking in only $4.2M, according to estimates, from 2,704 theaters for a per screen average of only $1,553. Critics and audiences alike both disliked the film, with critics giving it only 38% positive reviews on Rotten Tomatoes and audiences giving it a ‘C+’ CinemaScore. This was a complete misfire.

The top ten films grossed an estimated $130.2M which was down 40% from last year when Deadpool remained at number one with $56.5M; and down 33.6% from 2015 when Fifty Shades of Grey repeated in the top spot with $22.2M. Both of those years were the weekend after the Presidents Day holiday frame.