Box Office: Beauty and the Beast Has a Record-Breaking Weekend

Kong: Skull Island and Logan round out the top three. 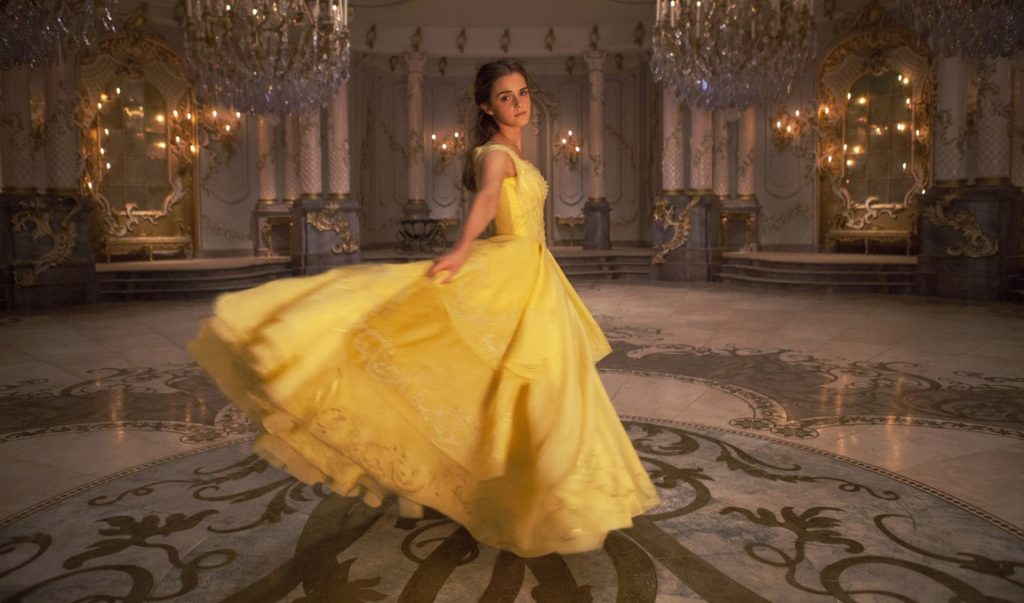 This weekend, Disney demolished the box office with a colossal debut for its fairy tale tentpole Beauty and the Beast which soared to a scorching $170M, according to estimates, generating the seventh largest opening weekend in history beating all Batman, Spider-Man, Hunger Games, and Harry Potter movies in the process. The big-budget epic also set new box office records for the biggest debuts ever for both March releases and PG-rated movies.

The jaw-dropping sales figure came from 4,120 locations delivering a scorching per-theater average of $40,380. 19% of the gross came from IMAX and PLF screens as many movie fans felt this highly anticipated motion picture was worth paying extra for.

Buzz has been building since Disney first announced it was making a live-action version of the beloved 1991 Oscar-winning animated film. The casting of Emma Watson which was announced over two years ago only added to the excitement. Advance ticket sales ran at record levels for a family film and huge grosses were expected, but Beast came in on the top end of expectations.

The studio has made a fortune using its strategy of taking fairy tale stories and making them into event films. After all, this strategy has been used for decades on comic book characters. The four films ahead of Belle on the all-time opening weekend list all feature Iron Man. But Beauty and the Beast took its genre to new heights with a launch that was much bigger than the openings for Cinderella and Maleficent – combined. The studio fully expects cash to keep coming in over the years ahead with live-action versions of Aladdin, Mulan and others currently in development.

Studio data showed that Beauty skewed 60% female this weekend and broad appeal was there as half of the audience was non-family. 26% of the gross came from the various 3D formats. Reviews were generally positive for the musical and an A grade from CinemaScore indicates that ticket buyers were satisfied with what they got.

How front-loaded the film is remains a question. Friday kicked off with a stellar $63.8M which included $16.3M from Thursday night pre-shows beginning at 6pm. While past March fairy tale films rose on Saturday, Beast dipped 2% to $62.7M. Intense demand certainly pushed much of the business upfront. Sunday is estimated to drop 31%. Still, with many schools having spring break school closures in March, there is plenty of upside still to come and next weekend’s competition is not too direct. Breaking $400M domestic seems very likely.

A mammoth $180M opening weekend from international markets made for a giant $350M global premiere for Beauty and the Beast. China led with a $44.8M start while the U.K. followed with $22.8M. With France, Australia, and Japan still to open, we could very well be looking at a billion dollar Belle.

After its mighty opening weekend, the monster movie Kong: Skull Island dropped a reasonable 53% in its sophomore session and grossed an estimated $28.9M. That gave Warner Bros. a cume of $110.1M through the second weekend on its way to a domestic final of about $170M. The big-budget Kong has racked up $149.2M overseas and currently stands at a worldwide haul of $259.3M. Next weekend’s openings in China and Japan will take it much higher.

Logan, 2017’s top-grossing film – for now – followed in third place as Fox’s Logan dropped 54% to an estimated $17.5M after its third weekend of play. The Hugh Jackman hit has grossed $184M making it now the biggest of the three stand-alone Wolverine pics. The worldwide tally now sits at $524M on its way to nearly $700M.

Horror hit Get Out once again showed stamina in its fourth weekend grossing an estimated $13.2M, off 36%. Universal has banked an incredible $133.1M thus far and will soon surpass the $136.9M of Split, the studio’s other low-cost fright smash from this year in its partnership with Blumhouse. The dynamic duo should end with over $300M in combined domestic grosses and cost a mere $14M together to produce.

Off 39% in its third weekend was the faith-based drama The Shack with an estimated $6.1M and a nice new sum of $42.6M for Lionsgate. Despite the arrival of a Disney behemoth, the animated adventure comedy The LEGO Batman Movie still held up nicely falling only 38% to an estimated $4.7M in its sixth round. With $167.4M to date, the Warner Bros. hit has already surpassed the grosses of some of last year’s high-profile toons like Trolls, Kung Fu Panda 3, and The Angry Birds Movie. Global for LEGO Batman now stands at $287.4M.

The new horror film The Belko Experiment opened to soft results in seventh place with an estimated $4.1M from 1,341 locations for a mild $3,035 average. Earning mixed reviews, the low-budget R-rated thriller from Orion and BH Tilt failed to stand out as a must-see genre pic during a year when many other films have already given audiences plenty of scares for their money.

The top ten films grossed an estimated $248.2M which was up a staggering 114% from last year when Zootopia stayed at number one with $37.2M; and up a mighty 112% from 2015 when The Divergent Series: Insurgent debuted in the top spot with $52.3M. This weekend saw summer-like spending in March.