Early reviews say Wakanda Forever honors the late Chadwick Boseman with a visually sumptuous, character-driven story that manages to be both epic and intimate at the same time.

Hardly just another sequel in the MCU, Black Panther: Wakanda Forever has the pressure of following up the best-reviewed movie of the franchise — which was also up for Best Picture (and won three of its six other Oscar nominations). Of course, the second Black Panther feature is also missing its former lead, Chadwick Boseman, who sadly died of cancer in 2020. According to the first reviews of Black Panther: Wakanda Forever, though, the sequel manages to still live up to the original and meet expectations for another thrilling and culturally meaningful superhero blockbuster while feeling equally weighed down by and lifted up by Boseman’s legacy.

Here’s what critics are saying about Black Panther: Wakanda Forever:

Does the sequel live up to expectations?

Black Panther: Wakanda Forever had the highest of expectations and surpasses every one of them, and makes a strong case for itself as a Best Picture contender. – Travis Hopson, Punch Drunk Critics

Black Panther: Wakanda Forever is under a lot of pressure, but Coogler lands it. – Princess Weekes, The Mary Sue

Rather than one-upping Black Panther, Wakanda Forever continues its story with a grace and care that’s more moving than any comic book movie has the right to be. – Charles Pulliam-Moore, The Verge

What director and co-writer Ryan Coogler and the team have done with Black Panther: Wakanda Forever is nothing short of outstanding. – Janet A. Leigh, Digital Spy

How does it fit into the MCU?

One of the most moving MCU entries so far, and one of the best films to come out of Marvel’s Phase Four. – Ross Bonaime, Collider

Decisions that were made in Avengers: Endgame, Black Panther, and other spots of the Marvel Cinematic Universe pay off in ways that will surprise fans… You’re going to leave the theater with a ton of questions for Phase 5 and beyond. – Aaron Perine, ComicBook.com

When the film tries to remind the audience of how it connects to the rest of the MCU, especially when specific lines of dialogue seem forced in to do so, it loses itself. – Kate Sánchez, But Why Tho? A Geek Community

Wakanda Forever has a sense of self that extends far beyond its Marvel brand identity. – David Ehrlich, IndieWire 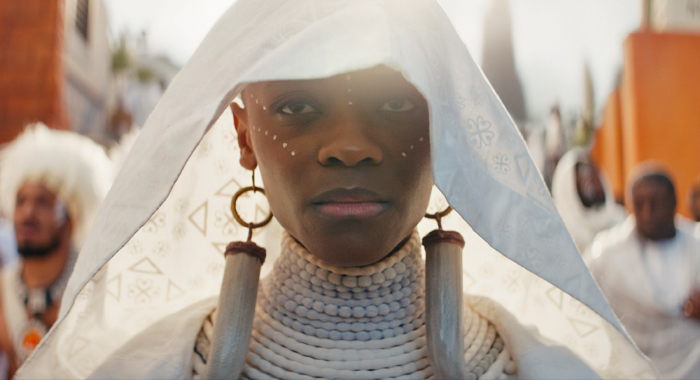 Does it work without Chadwick Boseman?

The central character of this tale remains the one played by Boseman, who may not be around anymore, but his influence casts a long, deep shadow. – Neil Pond, Neil’s Entertainment Picks

Unavoidably, Boseman’s absence paradoxically has a presence of its own but in a way that feels wholly appropriate and is not distracting. – Janet A. Leigh, Digital Spy

While Wakanda Forever directly reflects Boseman’s death by almost replicating the circumstances in the story, it’s done so with reverence and never feels like exploitation. – Kate Sánchez, But Why Tho? A Geek Community

A love for Chadwick and an undying reverence for T’Challa can be felt throughout Wakanda Forever. But the movie is careful to not be so bound up in those powerful emotions that it ever feels narratively inflexible or stuck in the past. – Charles Pulliam-Moore, The Verge

Every major character in Wakanda is left to determine whether T’Challa’s memory will be a blessing or a torment, and the movie around them is so wracked by the same tension that even its most formulaic moments are heavy with a human weight that blockbusters seldom have the strength to carry. – David Ehrlich, IndieWire

How well does the movie honor his legacy?

The passing of T’Challa is handled with care, grace, and respect… Right off the bat, the viewer is set with the tone that this film is a love letter to Chadwick. – Jamie Broadnax, Black Girl Nerds

Not only is Black Panther: Wakanda Forever a love letter to Chadwick Boseman, but it is also an accurate depiction of how people cope with their remorse. – Britany Murphy, Discussing Film

The death of both the actor and the character he played is handled with incredible grace, sensibility, and honor… Fans will be relieved to see this dedication. – Sheraz Farooqi, Cinema Debate 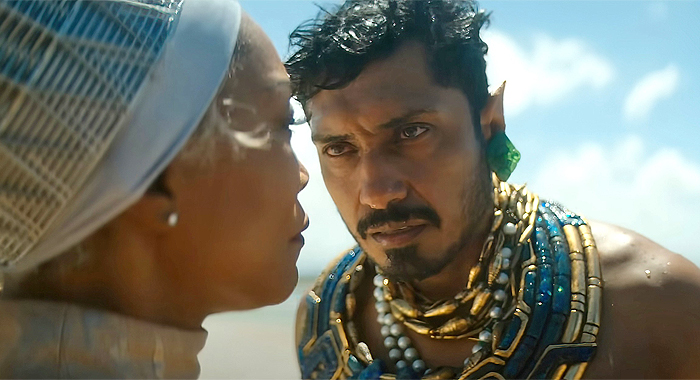 How is Namor as the villain?

Played by Tenoch Huerta, Namor is an absolute powerhouse in every way. – Sheraz Farooqi, Cinema Debate

Every time the film focuses on Namor, the importance of protecting his people, and his interactions with Shuri, the film excels. – Kevin L. Lee, AwardsWatch

Tenoch Huerta’s Namor… might have a claim to the title of Phase 4’s most memorable “villain.” – Aaron Perine, ComicBook.com

It’s been a long time since a villain/anti-hero has felt so fleshed out in the MCU. – Britany Murphy, Discussing Film

One of the most captivating villains we’ve seen in a Marvel Studios movie… A villain with layers, and depth, and is conflicted. Much like Killmonger in Black Panther. – Jamie Broadnax, Black Girl Nerds

Huerta cannot quite measure up to Michael B. Jordan’s raw charisma, but he makes up for it by projecting an imperial mien worthy of Namor’s status as a demigod among his people. – Jake Cole, Slant Magazine

Do any other performances stand out?

Bassett in particular arguably puts her career-best performance in the role, with incredibly raw emotion packed into her delivery of each line of the script. – Sheraz Farooqi, Cinema Debate

Bassett gives one of the best performances in the Marvel universe so far. – Ross Bonaime, Collider

Bassett also has to be on the shortlist for Best Supporting Actress nominees. The script sets her up for some powerful moments that Bassett crushes with the kind of emotion to put lumps in throats. – Jeffrey Lyles, Lyles’ Movie Files

Wright gives a standout performance in having to convey a wide myriad of emotions of someone who is the heir to the throne but has inner and exterior conflicts about her leadership while living in the shadow of T’Challa and his legacy. – Carla Hay, Culture Mix

One of the shining rays of exuberance in this movie is Dominique Thorne’s Riri Williams, a.k.a. Ironheart. – Aaron Perine, ComicBook.com 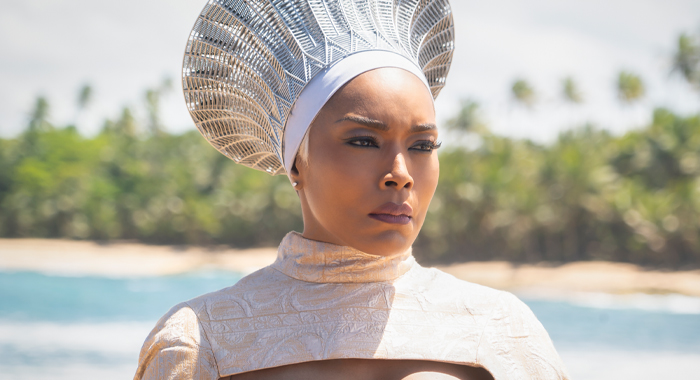 The storyline is fluid, engaging, and constantly moving – one of the best scripts from Marvel. – Christie Cronan, Raising Whaisians

On a plot and scene-by-scene basis, the film struggles to find one singular thread to connect everything. – Kevin L. Lee, AwardsWatch

At times, Coogler and Cole’s script seems to strain from the effort it takes to pull all these threads together. – Rachel LaBonte, Screen Rant

The film is shot beautifully with its gorgeous cinematography and color palette being far more noticeable than most other Marvel projects. – Kevin L. Lee, AwardsWatch

The regality of the Wakanda regime, from landscapes to the CGI technology to the costuming, the visuals are even better in Black Panther: Wakanda Forever than the original 2018 film. – Christie Cronan, Raising Whaisians

Once again, Carter does her thing… and it already feels like a foregone conclusion that she will claim another Best Costume Design Oscar for work on this franchise. – Jeffrey Lyles, Lyles’ Movie Files 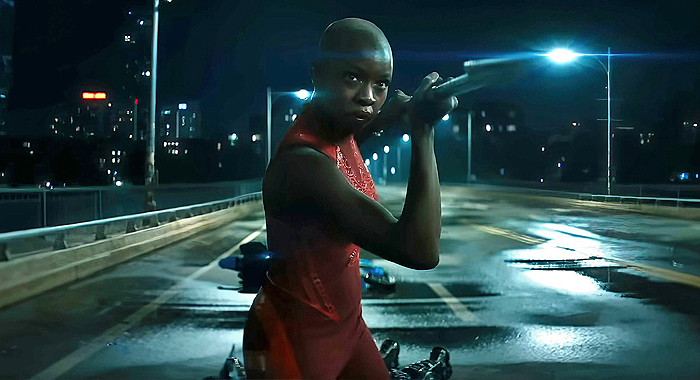 Are there meaningful action scenes?

They’re at their best when they focus on the human side of it rather than the explosiveness of it all. – Rachel LaBonte, Screen Rant

[As] the scope of the battles get larger and larger, yet the stakes become more and more personal. – Kevin L. Lee, AwardsWatch

The action is top-notch… Coogler is much more focused on telling a story about the emotions that drive violence, not the violence itself. – Kate Sánchez, But Why Tho? A Geek Community

Even though the movie’s action sequences are a marked upgrade over the first film’s, they ultimately end up playing second string to Wakanda Forever’s focus on the Wakandan royal family’s emotions. – Charles Pulliam-Moore, The Verge

Only the first action scene… has the panache that the previous film displayed at numerous turns. – Jake Cole, Slant Magazine

Is it more than just another superhero movie?

The movie has the muscle and heft of a comic-book blockbuster, but it also reflects profoundly on the human resonance of ancestry, remembering and moving on. – Neil Pond, Neil’s Entertainment Picks

More than just a standard superhero story about good and bad guys… it pushes its audience to think about the ripples history creates in the present. – Kate Sánchez, But Why Tho? A Geek Community

Beyond super heroes, action-packed scenes and explosions, the power of grief – the physical, mental, and emotional anguish – is the bloodline of this film. – Christie Cronan, Raising Whaisians

Wakanda Forever manages to be both epic and intimate at the same time. – Kevin L. Lee, AwardsWatch

Wakanda Forever is probably the best female-led superhero movie we have to date. – Princess Weekes, The Mary Sue 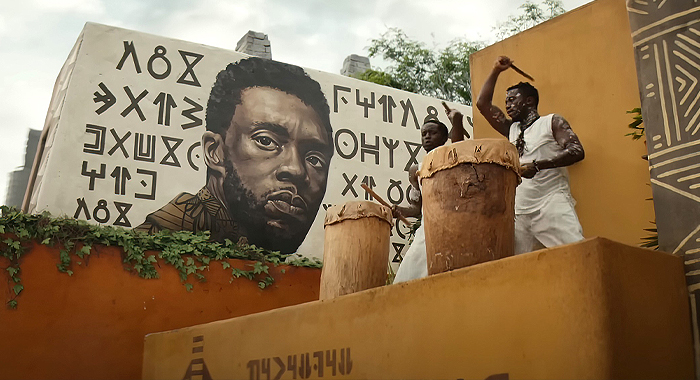 Is it a lot of movie? Will we feel the length?

Black Panther: Wakanda Forever has a ton of story to tell and it needs every single minute. – Travis Hopson, Punch Drunk Critics

I was surprised how fast the time flew during this film. – Christie Cronan, Raising Whaisians

Wakanda Forever is paced in such a way that its action sequences move at a brisk clip, while its more serious moments never overstay a beat. – Toussaint Egan, Polygon

It’s easily 20 minutes too long. Yet Wakanda Forever has a slow-burn emotional suspense. Once the film starts to gather steam, it doesn’t let up. – Owen Gleiberman, Variety

While its length and emotional density can feel like a marathon, Black Panther: Wakanda Forever is a cinematic triumph. – Eric Francisco, Inverse

Does it signal good things ahead for the MCU?

For people dealing with Marvel fatigue, this is the film that will give you some hope. – Princess Weekes, The Mary Sue

I cannot applaud Marvel enough for this movie – the most important Marvel film in the MCU repertoire to date. – Christie Cronan, Raising Whaisians

It paves an exciting way forward for the Marvel franchise while cementing itself as a cultural force to be reckoned with. – Rachel LaBonte, Screen Rant

Phase 5 has some big shoes to fill after this one, and hopefully, the storytelling can create the same kind of authenticity and greatness this movie has. – Jamie Broadnax, Black Girl Nerds

Wakanda Forever suggests that the kingdom, and the franchise, are in good hands. – Neil Pond, Neil’s Entertainment Picks