It's no surprise that Apple TV+'s Ted Lasso and HBO's Succession and The White Lotus scored major prizes, but the Academy also recognized oft-overlooked talent. 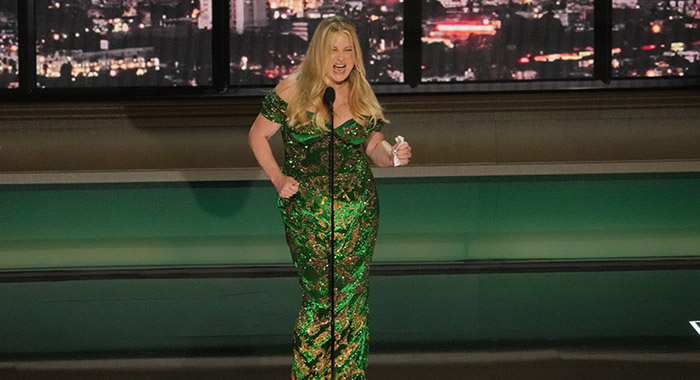 It’s ironic that the 74th Primetime Emmy Awards, a program that celebrates the best and brightest moments of television, had such a predictable finale.

This year’s ceremony, which aired September 12, 2022 on NBC, saw repeat wins in Apple TV+’s Ted Lasso for best comedy series and HBO’s Succession for best drama series (although, as anyone who watches either of those shows knows, those categories could easily have been reversed). Meanwhile, last summer’s celebrated hit — HBO’s The White Lotus — received the award for best limited or anthology series.

But the TV Academy also found time to celebrate both veteran performers who have been overlooked at other points in their careers and fresh faces who are changing the game. Here are some of those highlights.

Early in the evening, veteran stage and screen actress Sheryl Lee Ralph was so moved for being recognized for her work in ABC’s teacher-focused mockumentary Abbott Elementary that she sang about it. Her rendition of Dianne Reeves’ “Endangered Species,” was sung a cappella through tears to peers who gave her a standing ovation.

“I am a woman, I am an artist, and I know where my voice belongs,” said the actress whose credits also include Broadway’s Dreamgirls and the movie Sister Act 2.

Ralph’s performance seemed to leave even the opinionated performer Lizzo speechless. She was supposed to participate in a bit with host Kenan Thompson after that acceptance speech. But, when that time came, the musician had a look on her face that said “How am I supposed to follow that?”

2. Lizzo Watches Out for Her Crew

Later in the evening, Lizzo would give her own impassioned speech when her Prime Video reality series, Lizzo’s Watch Out for the Big Grrrls, upset stalwart RuPaul’s Drag Race to win the Emmy for best reality competition series.

“The trophy is nice, but my emotion is for these people who are on this stage with me, the stories that they shared, they’re not that unique; they just don’t get the platform,” she said while accepting her show’s Emmy.

Abbott Elementary star and creator Quinta Brunson was also recognized during the ceremony when she received the Emmy for best writing for a comedy series — making her only the second Black woman to win in that category (Lena Waithe won in 2017 with co-writer Aziz Ansari for their episode of his and Alan Yang’s Netflix show Master of None). Her win, along with Ralph’s, were also noteworthy because they were the only major wins for any show on a broadcast network.

Along with her husband and family members, Brunson also took the time to acknowledge her co-showrunners Justin Halperin and Patrick Schumacker as well as seasoned TV writer Larry Wilmore, “for teaching me to write television as well as he did.”

Some Twitter users believed Brunson’s moment was overshadowed by Jimmy Kimmel, who was awkwardly lying on the stage after a previous bit.

Backstage, after her acceptance speech, Brunson told reporters “I felt like the bit didn’t bother me that much…Tomorrow maybe I’ll be mad at him. I’m going to be on his show on Wednesday, so I might punch him in the face.”

4. Jennifer Coolidge Dances To Her Own Beat

“Wait, hold on. No, this is a once-in-a-lifetime thing,” she begged as the orchestra tried to play her off when her speech began to run over. Refusing to take the hint even when the orchestra started playing “Hit the Road, Jack,” Coolidge made her moment count even more by improvising a dance routine to the song.

Netflix’s Korean-language hit Squid Game may not have taken home the prize for best drama series, but it did score in both the best actor in a drama category (Lee Jung-jae) and best directing for a drama series (Hwang Dong-hyuk) — the latter being the first time a non-English language drama ever won in the category.

“People keep telling me that I made history, but I don’t think I made history by myself because it was you who opened up the doors for Squid Game [by] inviting us here tonight at the Emmys,” Hwang said. “I have to say we all made history together. I truly hope that Squid Game won’t be the last non-English series to be here at the Emmys. And I also hope this won’t be my last Emmy either. I’ll be back with season 2.”