The creator of Heroes also divulges his favorite sci-fi films 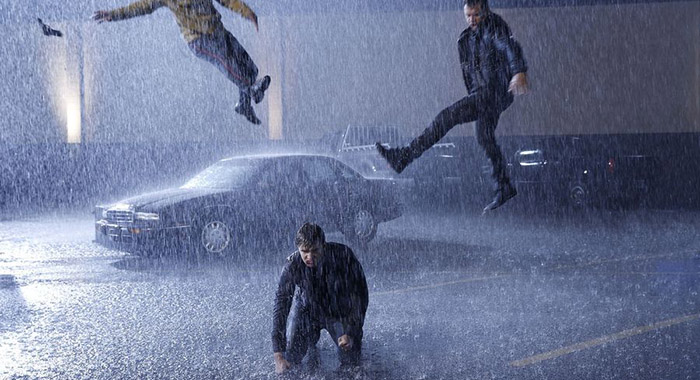 Tim Kring created Heroes and brought it back last year for Heroes Reborn. Now he’s telling the story of another young hero with special powers in Freeform’s original series Beyond.

Adam Nussdorf, creator of Beyond, had applied for a writing job on Heroes Reborn, but didn’t get the job.

“It was probably for the best because he went off and wrote a spec pilot and brought it to me,” Kring said.

When Beyond came to Kring’s company Imperative Entertainment, it had all the elements that made Kring want to see it through. Beyond stars Burkely Duffield as Holden, a boy who falls into a coma as a teenager and wakes up 12 years later with special abilities. While people like Willa (Dilan Gwyn) come forward to help him make sense of his powers, other mysterious figures chase Holden with little explanation. Meanwhile, Holden tries to put his life back together, including starting to date Jamie (Emilija Baranac), a girl he met at a party.

When Beyond premieres January 2, Freeform will also release the entire 10-episode first season online at Freeform.com and with streaming services like Hulu and the Freeform app. If you watch through episode three, Beyond introduces The Realm, another world to which Holden now has access.

Kring spoke with Rotten Tomatoes before the holidays about Beyond and revealed one thing it has in common with Netflix’s breakthrough series Stranger Things. 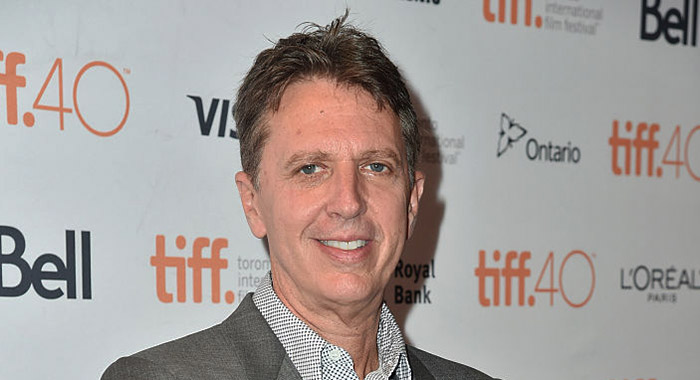 Fred Topel for Rotten Tomatoes: Can you help but see a little connection to Heroes that Beyond is a young person dealing with special powers?

Tim Kring: Sure, but I guess it’s always hard to see where you’re influence is. Yes, I see that it’s again a grounded depiction of super powers if you will, or powers. In that respect it shares some DNA with Heroes.

RT: Is one big difference that in Beyond viewers focus on Holden and not a larger cast of heroes?

Kring: Yeah, and Adam was clearly going for a kind of nostalgic feel to the kind of Amblin movies we all loved in the ’80s and really wanted to explore the whole idea of a family dynamic, of what happens when someone literally gets a second chance and comes back to the land of the living so to speak. How does the Rip Van Winkle aspect of his life play out in his relationships at home and his sense of being a young man all of a sudden? He went into a coma as a boy and came out as a man, missed all of those years in between.

I think that was the part that was the most alluring to me, the character study of what happens to someone while they are discovering they have these other abilities? That was always the interesting part to me about Heroes as well: How do you juggle actual life with these kinds of extra special abilities?

RT: Given that Amblin was such a strong influence, were you surprised when Stranger Things came out last summer and was so Amblin, Amblin, Amblin?

Kring: Kind of amazing. You know how these things work where there’s something in the zeitgeist. Clearly Stranger Things came out of nowhere. We had been long in development, even in production on Beyond when that showed up, and it kind of came out of nowhere. Nobody even heard of it before and suddenly it was on Netflix. We all definitely noticed how there was something in the water there.

RT: It must be that all the writers who grew up in the ’80s are now of age to be producing pilots and series.

Kring: And I think these things go in cycles where nostalgia has a long lead time. Then suddenly things start showing up from our childhood. 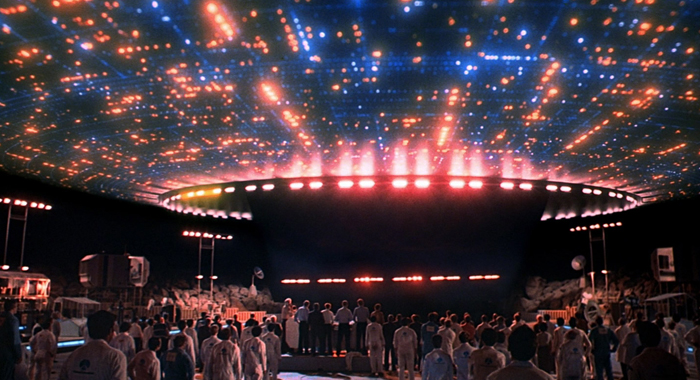 RT: What are the science-fiction films you most admire?

Kring: There were things from when I was very young I think that made huge impressions on me. Everything from Planet of the Apes, I guess, to 2001 — those kind of movies were big events when I was younger. In similar fashion, I would imagine Star Wars, but I would say the earlier films made a bigger impression on me. Although I have to say Close Encounters [pictured] was one that I connected with, and I love the character analysis.

Kring: Well, now that we’ve busted down that wall, I think we’re going to have to go back. We leave things in a precarious state at the end of the season so you’ll see that it paves the road for having to go back.

RT: Was the look of The Realm part of Adam’s original concept?

Kring: There was a lot of discussion about what it looked like. I know that some of it came out of the writers room and some of it came out of long discussions with [showrunner] David Eick and Adam. Adam had a very clear sense of what this show was from the very beginning. For a kind of first-time creator of a show, he was very involved in all those decisions. Adam had a lot of it worked out in his head but any show that has a deep mythology usually takes a pretty substantial writers room to run it through. There are multiple seasons of mythology to dive into. It’s a whole deep backstory with the history of The Realm and the history of the rivalry between various factions. It’s got a pretty deep mythology already worked out, a pretty big bible.

RT: Does it continue to balance the Rip van Winkle story you mentioned with his broken family, learning how to date and have a life, with The Realm and the supernatural?

Kring: The bread and butter of it was how a character balances these extraordinary events that are happening with his desire and his need to live a normal life. Holden will continue to try and catch up on all those years that he lost. When you think about the formative years between 14 and 24 or so he spent in a coma, those are all the years where you really learn how to be a young man. Suddenly that whole time is missing. He still has catching up to do. 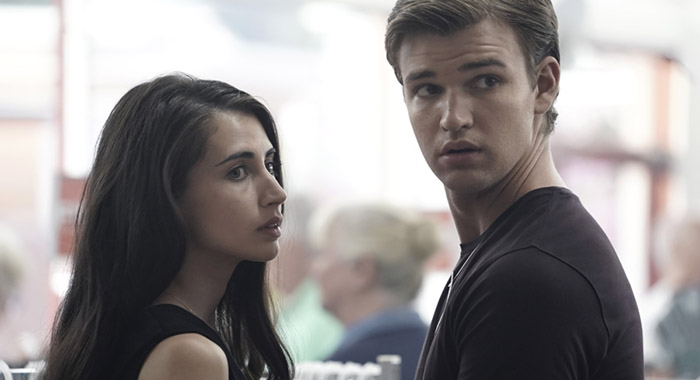 RT: Will there be a love triangle between Jamie and Willa?

Kring: I think you can see that one coming.

RT: Who is the guy Holden keeps seeing sitting next to him in his visions?

Kring: Obviously there’s lots of questions about what’s in The Realm and what he is being called to do, what his calling is. That character is a messenger of what that is all about.

RT: Should we binge all of Beyond on January 2 or watch it week by week?

Kring: It’s certainly designed to ask questions at the end of every episode. I think people are going to want to try to find the answers to these questions faster than waiting for a week. My guess is it will be watched in both ways. There’s something satisfying I guess about waiting a week for answers but there’s also something satisfying about just clicking on the next episode and watching it. This is certainly an acknowledgement that this is how people are watching TV. I don’t think there was any way to avoid putting it all out at once.

Beyond debuts January 2 at 9 p.m. with a two-hour premiere on Freeform. The entire first season will be available on the Freeform app, Freeform.com, On Demand, and Hulu.