The dark comedy asks: Does trying to kill a bad person make you bad?

As with a lot of actress-writer Sharon Horgan’s previous work — shows like Prime Video’s Catastrophe the Sundance TV series Motherland — the title of her Apple TV+ series Bad Sisters has layers.

Both a dark comedy-drama and a murder mystery, the show focuses on a quintet of close-knit siblings in Dublin as middle sister Grace (Anne-Marie Duff) grapples with the (maybe-not-so accidental?) death of her husband, John Paul (Claes Bang). 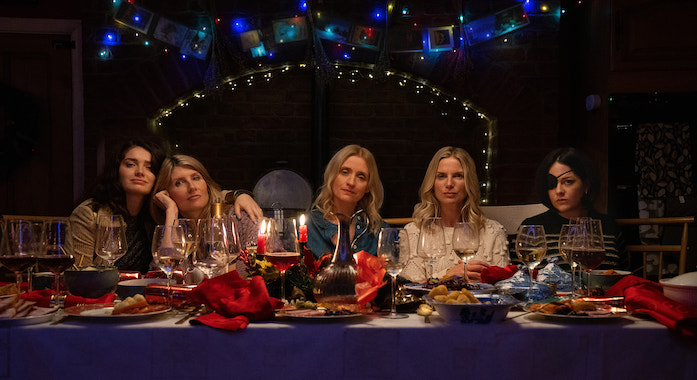 As it turns out, pretty much everyone who had any interaction with the man would have an excuse to want him dead. But did someone actually kill him? Since the police have already ruled the incident accidental, insurance broker half-brothers (played by Brian Gleeson and Daryl McCormack) take it upon themselves to know for sure.

Horgan tells Rotten Tomatoes that she’s begun to enjoy dabbling in the genre space in recent years, such as co-creating the Starz horror-comedy Shining Vale because it deals with depression and being possessed by spirits. But a project like Bad Sisters, which is based on Malin-Sarah Gozin’s Flemish series Clan, allowed her to “push myself out of my comfort zone” of “writing about relationships and real life and what it means to be a mother or what it means to be someone’s partner and the lifecycle of a woman kind-of thing.” 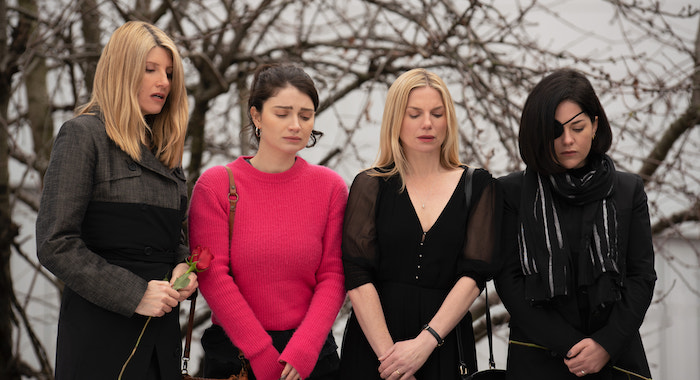 She also acknowledges that societal conversations about women’s rights and safeties will always be part of her work. Here, she knew that she had a “big responsibility” to not make a joke out of people who want to take down a bad person who does everything from get a cat killed and preaching anti-abortion rhetoric to tarnishing the reputation of an innocent man and physically and emotionally abusing his wife and others.

“During the pandemic, the rise in domestic abuse was frightening [because] women were essentially locked up with their abusers,” she says. “That’s a big part of the story. But I also feel like there’s a lot of anger at the moment. There’s a lot of disbelief in that we’re at 2022 and we’re having decisions made for you by the religious right-wing [who are] men a lot of the time.” (The history of abortion laws in Horgan’s native Ireland serve almost as warning for the legislation happening in the United States.) 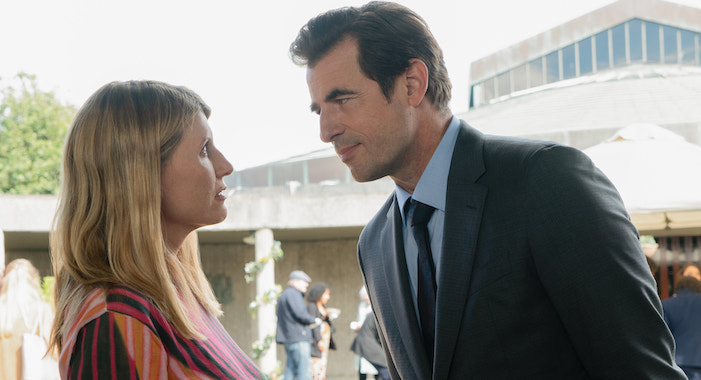 Bang’s John Paul, with his towering frame and demoralizing language, is a stand-in for all of these issues.

“This is a man who would be considered moral by his community,” Horgan says, pointing to how the priest overseeing his funeral makes him seem like a pretty upstanding guy; however, this character is actually “driven by his own righteousness and his, what he would consider to be, deep morals. And that’s what makes him all the more frightening.”

She adds that John Paul is steadfast that “his way is the right way” and therefore the “great, vital, wild women” who are his wife’s kin are “immoral.”

Horgan acknowledges that the idea of watching people “hunting down a beast like that” is more “cathartic” and “wish fulfillment” than reality. 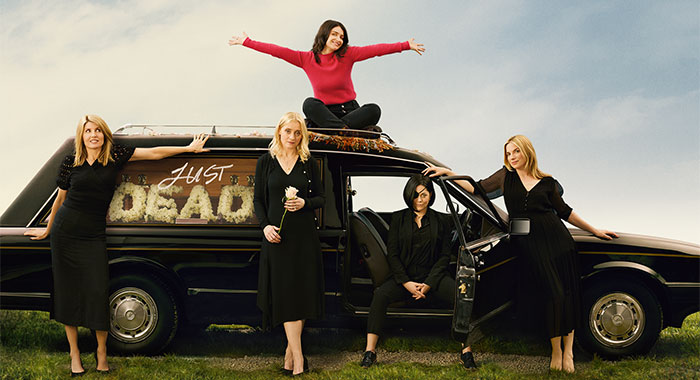 She also knows that, while her previous projects have had some edge to them — Catastrophe, for example, deals with alcoholism — and that a couple of the murder attempts in this series are “silly,” she has “never done anything that has such dark depth.”

But is there something unique about sisterhood that makes it clear from the title that this is about a tight-knit support system of women?

Horgan, who like her character Eva, is one of five children, says this story is “very much about family” and that she likes the “ambiguity” of the show’s title.

“The sisters cross this line and go into this dark world that they never should have found themselves in because of the love of their sister Grace,” she says, adding that “they are also really badass. So it felt like it’s covered a few iterations.”