Babylon First Reactions: Ambitious and Extravagant but Messy and Excessive


Some movies are so divisive that you have to give them a shot, whether it’s to find out where you fall in the mix of opinions or just to see what everyone’s talking about. Babylon, the latest from Whiplash and La La Land director Damien Chazelle, is receiving a wide array of reactions from critics on social media, but there’s no denying the movie now has our attention. For some it’s a big mess; for others it’s… a big mess, but intentionally and spectacularly and enjoyably so. There is one thing that everyone seems to agree on, at least: Even if you don’t see the movie, you should buy the soundtrack.

Here’s what critics are saying about Babylon:

Is Babylon a grandiose success?

Extravagant, decadent and all together delightfully delicious.
– Jazz Tangcay, Variety

Babylon is A LOT of movie – a purposeful mess.
– Yolanda Machado, Entertainment Weekly

Or is Babylon a bold failure?

Babylon is an ambitious mess of a film.
– Scott Menzel, We Live Entertainment 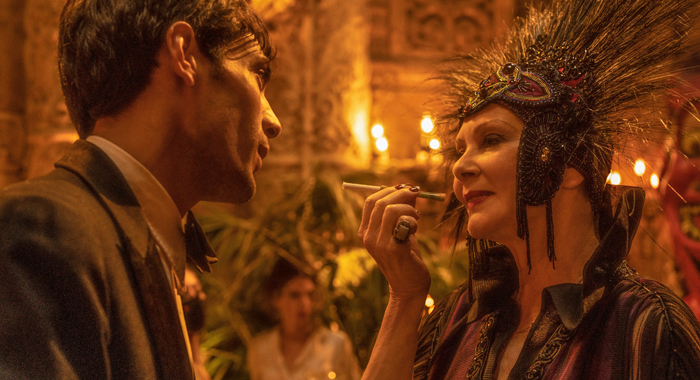 Is it a stunning sensation?

My eyes were never bored; my brain is still catching up.
– Eric Kohn, IndieWire

Or is it just gross debauchery?

Truly monstrous in its thudding insistence on shoving the viewer’s face in the muck and claiming it’s something novel or moving.
– Ryan Swen, In Review Online

Babylon feels like if someone read Damien Chazelle the story of Sodom and Gomorrah and then he said, “Hold my beer!”
– Clayton Davis, Variety 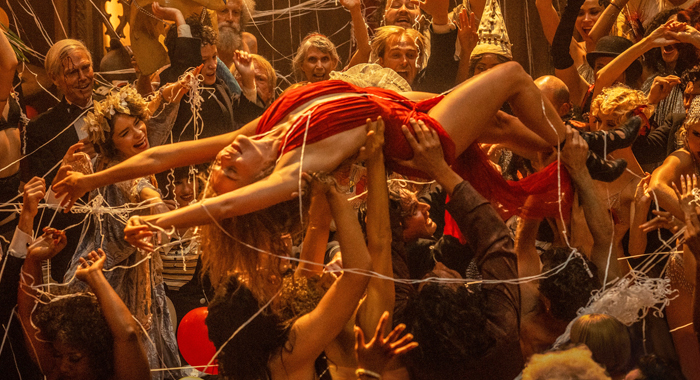 Is there still some great work from Damien Chazelle?

Chazelle might be the most confident director in Hollywood today; of course, he’s also got some of the worst instincts out there.
– Ryan Swen, In Review Online

Cinematically, it is super grand, some insane, incredibly ambitious tracking shots that are so impressive and choreographed.
– Rodrigo Perez, The Playlist 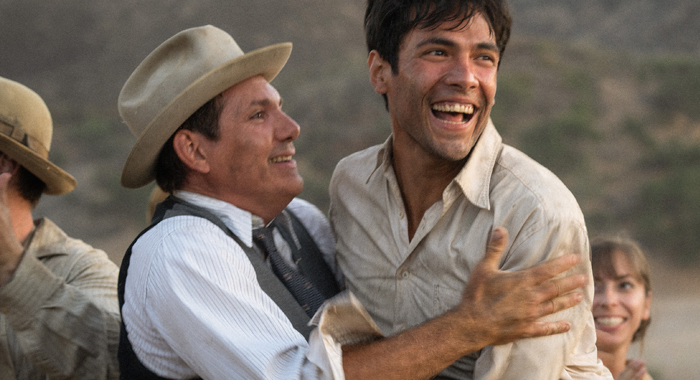 What about the performances?

Pitt and Jovan Adepo give the best performances in the movie. Robbie gives it her all but the character is so one note.
– Gregory Ellwood, The Playlist

Margot Robbie tries but the script fails her.
– Scott Menzel, We Live Entertainment

Is the soundtrack worth checking out?

Justin Hurwitz’s score is one hell of a wall of sound.
– Jeff Nelson, Showbiz Cheat Sheet

Justin Hurwitz ripping off his La La Land score is sending me.
– Gregory Ellwood, The Playlist

The music!!! Oomph, the music and visuals are 100!!!
– Yolanda Machado, Entertainment Weekly 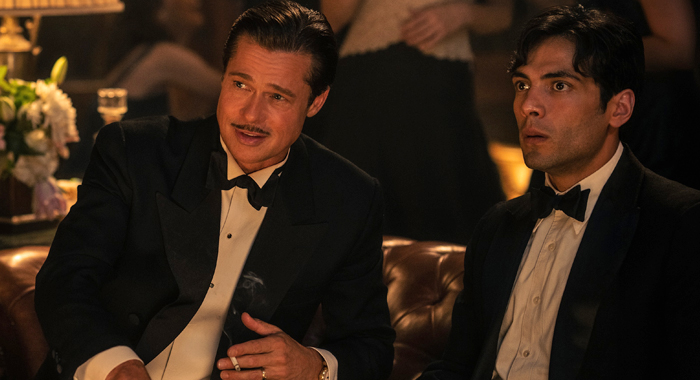 Is it also a love letter to the movies?

A love letter to cinema that made me hate cinema.
– Scott Menzel, We Live Entertainment

Does it ultimately lack focus?

Babylon has some incredibly strong sequences but overall lacked focus and couldn’t support so many key characters.
– Perri Nemiroff, Collider

The tone is all over the place.
– Scott Menzel, We Live Entertainment 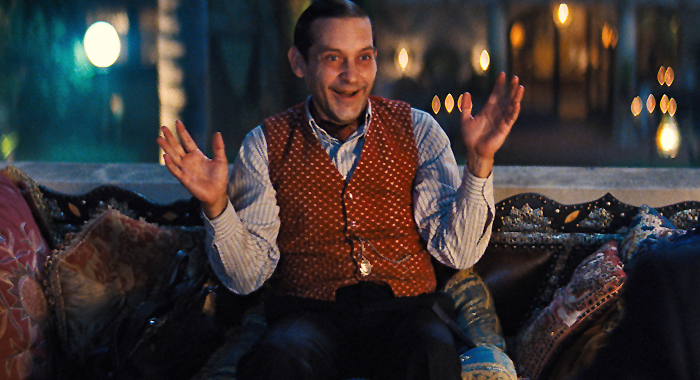 Is it reminiscent of any other films or filmmakers?

Babylon is like a raucous, wild mix of Singin’ in the Rain and Boogie Nights.
– Courtney Howard, Fresh Fiction

Everything about it is borrowed — even down to Tobey Maguire stealing the film as its Alfred Molina. A Scorsese coke film by a squeaky-clean director.
– Daniel Howat, Next Best Picture

Does at least some of it work? 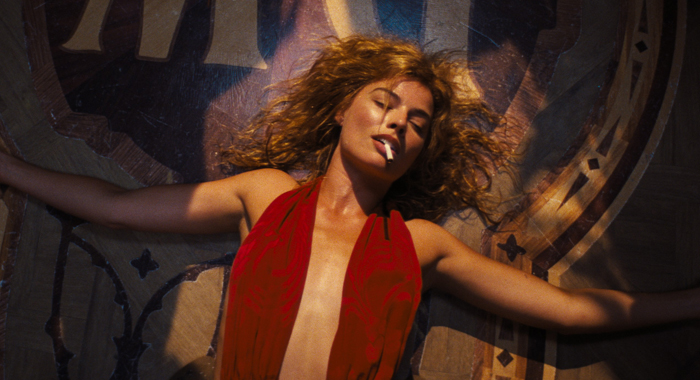 But is it too long?

It’s A LOT of movie packed into that time but I was never bored and it flew by for me.
– Courtney Howard, Fresh Fiction

Babylon is 3 hours long and the last hour, the fall of old Hollywood is purposefully dire, but enervating and draining, sucking some of the loopy whippet whirling dervish helium energy out of the picture.
– Rodrigo Perez, The Playlist

Is the ending any good?

It has the best ending of the year, one of the all-time hat tips to the cinema.
– Eric Kohn, IndieWire

Special shame must go to the ending, a shameless play for illogical importance and somehow an even more insulting tribute to Godard than Hazanavicius.
– Ryan Swen, In Review Online

The very last scene, “the power of cinema” borders on (crosses for many) grand eye-rolling pretension that leaves a bad taste in the mouth. Not a great way to end a movie you mighta admired.
– Rodrigo Perez, The Playlist 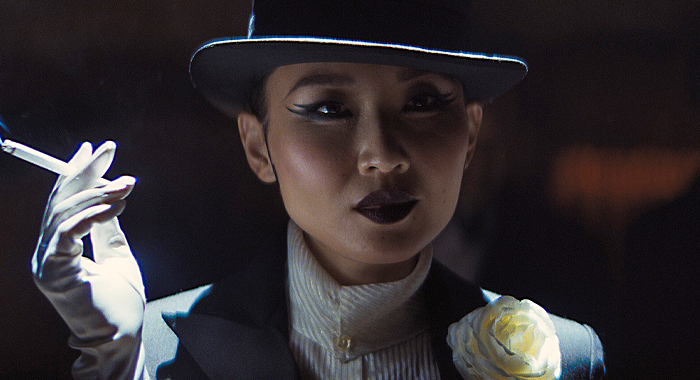 Babylon is one of the worst films of 2022.
– Erick Weber, Awards Ace