Plus, a preview of the classic Christmas specials, new concert musicals, comforting binge-watches, and top shelf entertainment you can stream right from your couch this holiday season.

Welcome to A Very Holiday TV Talk! Black Friday shopping may be mostly online this year, and you may (or then again, may not) be upset about not getting to sit around the holiday dinner table listening to the sundry political opinions of your relatives, but at least there are a few things from holidays past you can still count on in the chaotic year of 2020: Snoopy’s still gonna make that popcorn/toast/jelly bean/pretzel stick/ice cream sundae dinner on the Thanksgiving table, Hallmark and Lifetime are gonna unspool more Christmas-themed movies than you can possibly watch, and if ugly holiday sweaters are your thang, there will be no lack of TV-themed jumpers (that’s what they call sweaters across the pond) to gift yourself or others… That last bit is a hint about our holiday gift guide for TV fans. Speaking of which… 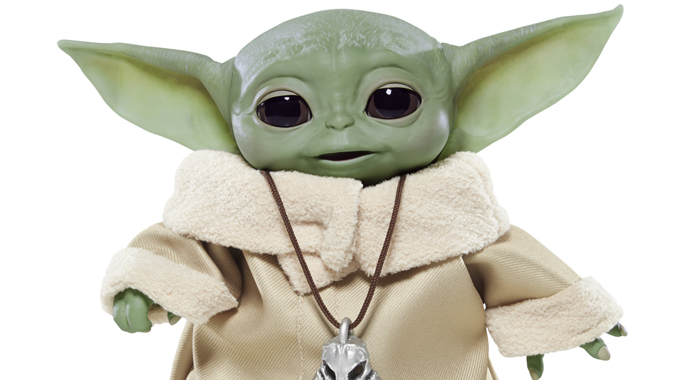 Again, you may not be able to get together with your loved ones this holiday season, but that’s no excuse for buying them another boring sweater. Buy them a Holiday Armadillo sweater instead (keep reading)! 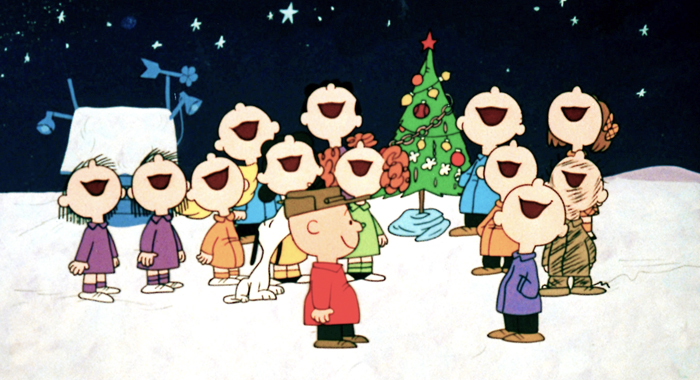 Hope you haven’t used up all your couch surfing energy (hey, this year, even stretching out in front of a TV feels like a big effort sometimes), because the end of 2020 is filled with specials, movies, and the annual airing of holiday cartoons we’ve been loving our whole lives. Check out our complete 2020 Holiday TV Calendar here, which includes: 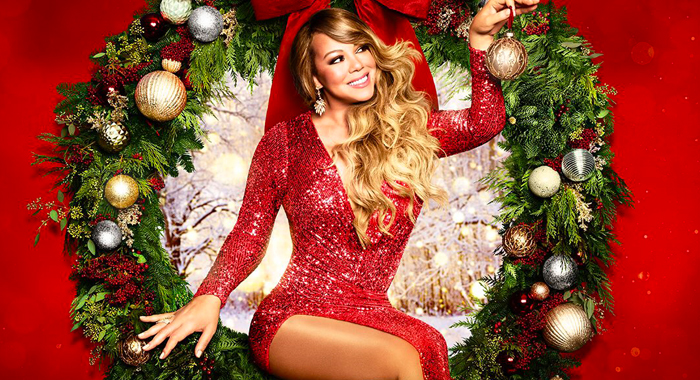 Dolly Parton, Mariah Carey, and Carrie Underwood are premiering new Christmas specials this year, all spun off from their new Christmas album releases.

Mariah Carey’s Magical Christmas Special is her first special for Apple TV+, with a narrative that finds Carey helping Santa with a crisis at the North Pole, which involves musical performances, animation, and help from famous friends like Tiffany Haddish, Jennifer Hudson, Snoop Dogg, Billy Eichner, Ariana Grande, and Carey’s twins, Monroe and Moroccan. A companion soundtrack album will be released exclusively on Apple Music the day the special premieres, Dec. 4.

My Gift: A Christmas Special From Carrie Underwood begins streaming on HBO Max on Dec. 3, in support of the singer’s first full-length Christmas album, My Gift. Underwood, accompanied by her band, as well as a live orchestra and choir, duets with John Legend, singing “Hallelujah,” an original song he co-wrote. And viewers will get an inside look behind the scenes of Underwood recording “Little Drummer Boy” with her five-year-old son Isaiah.

Bonus Dolly: she stars in and wrote the music and lyrics for Netflix’s Scrooge-y new movie Christmas on the Square. Christine Baranski stars as Regina Fuller, a wealthy woman who plans to evict a whole town of people from their homes before Christmas, until she meets the charming folks. Debbie Allen directs and choreographs the movie, which also stars Jenifer Lewis and Treat Williams.

Curl Up With More Hallmark and Lifetime Holiday Movies 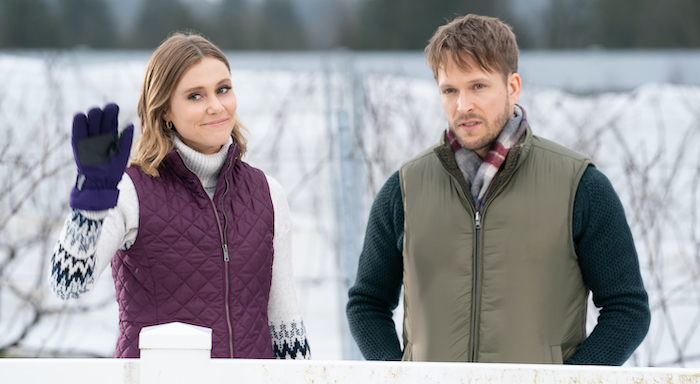 None of us can resist them, no matter how cliched the plots, how silly the dialogue, how obviously designed to give us major cases of the feels during an already emotionally fraught season (and that’s in regular, Before Times years). We’re talking about those irresistible made-for-TV holiday movies on Hallmark and Lifetime, with their settings filled with small-town charm, stories filled with meet-cutes, and casts filled with people we’ve been watching elsewhere on TV for years.

Our holiday TV calendar has the highlights of this year’s lineups for the cable networks, but we’ll just tease a few of the titles and stars that await you at the Hallmark Channel and Lifetime:

Merry Liddle Christmas Wedding; Love, Lights, Hanukkah!; Christmas Comes Twice; A Christmas Tree Grows in Colorado; Time for Us to Come Home for Christmas; Good Morning Christmas; Christmas She Wrote; USS Christmas; If I Only Had Christmas; Meet Me at Christmas; Never Kiss a Man in a Christmas Sweater; Jingle Bell Bride; Inn Love by Christmas; The Santa Squad; Feliz NaviDAD; and The Christmas Yule Blog. 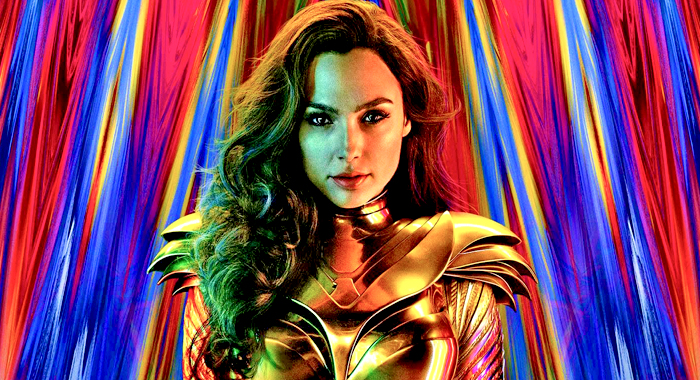 Another super star on HBO Max this holiday season: Melissa McCarthy in the movie Superintelligence, a comedy about the world’s first superintelligence (voiced by James Corden), which is studying the world’s most average woman (McCarthy) to decide if humanity is worth saving. The movie is directed by Ben Falcone (McCarthy’s husband), who also stars, along with Brian Tyree Henry, Jean Smart, and Bobby Cannavale. Premieres Nov. 26.

And, in case you need a palate cleanser in between all that holiday-themed scripted fun, here’s a video of pure, joyful “reality” from a snowball fight … in 1897. Just trust us and watch.