Avengers: Infinity War Buzz: It's Thrilling, but It's A Lot of Movie

Critics weighed in on social media after the epic Marvel team-up's Hollywood premiere on Monday night. 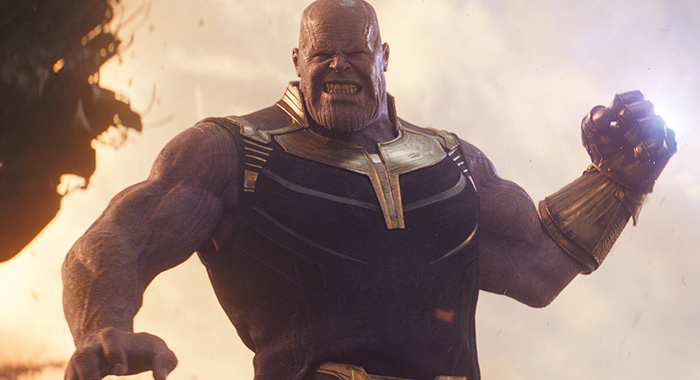 Officially the most anticipated movie of the year, Avengers: Infinity War does not disappoint in terms of size and scope. But it is also far from perfect. The latest installment of the Marvel Cinematic Universe held its premiere tonight with a lot of press in attendance. What are their thoughts on the comic book crossover extravaganza? Here are the first reactions from critics:

A Lot of It Is Astounding

After 10 years of investment in this series and these characters, boy does Avengers: Infinity War knock you on your ass.
– Perri Nemiroff, Collider

Wow. Just…WOW! I was NOT expecting THIS! What a ballsy movie! Blown away! See this NOW! Do not get spoiled! Can’t believe what I just saw!!!!”
– Jenna Busch, Legion of Leia

Avengers: Infinity War is next level bonkers. One of the single most emotional, intense, and visceral experiences of my life. Marvel or otherwise.
– Conner Schwerdtfeger, CinemaBlend

And It Deals with High Stakes

Avengers: Infinity War puts all the stakes on the table.  It could be the Empire Strikes Back of superhero films.
– Clayton Davis, Awards Circuit

There are actual stakes this time around. Kevin Feige is not f—ing around with this one.
– Nigel M. Smith, Guardian

Puts it all on the table and wipes it off. Stress-inducing, full of dread, darker than usual… Blockbuster noise? Yes, but with emotional stakes attached.
– Rodrigo Perez, The Playlist

Avengers: Infinity War pretty much had me laughing, screaming, or crying the entire way through. It never lets up. I sat in my chair stunned as the credits rolled, speechless and sobbing.
– Joshua Yehl, IGN

From beginning to end, Avengers: Infinity War is non-stop action. It’s really dynamic and jaw-dropping, but at times, it could have stopped for air and give us more substance on plot points.
– Wilson Morales, Blackfilm.com

A very impressive piece of entertainment and storytelling. Somehow, it left me exhausted and excited at the same time.
– Germain Lussier, io9

But It’s Not a Complete One

I liked it a lot, and there’s so much that works, but it definitely is ‘Part 1.’
– Terri Schwartz, IGN

It’s for sure the first half of a two part movie, and I left a little unsatisfied/frustrated, maybe by design.
– Mike Ryan, Uproxx

Despite some truly thrilling moments, feels like less than the sum of its parts. A definite step down after that epic run of GotGV2 / Spidey / Thor 3 / Black Panther.
– Angie Han, Mashable

Yet It Leaves You With a Bang

I have never heard an audience react to the end of a film like the #InfinityWar audience reacted tonight. It was an astonishing experience.
– Tasha Robinson, The Verge

The amazing ending almost made up for the rest of it.
– Bilge Ebiri, Village Voice

Thanos Is the Real Deal

By MCU standards, Thanos is a reasonably compelling antagonist. He’s not going to singlehandedly change views on Marvel’s villain problem, but for yet another alien with a destroy-ey McGuffin, he’s not bad.
– Tasha Robinson, The Verge

Some Critics Found It a Bit Much

Avengers Infinity War is a lot.
– Gregory Ellwood, The Playlist

May be the most expensive Hollywood movie ever designed to mess with its audience. People sure are going to sit through a lot of credits!
– Eric Kohn, IndieWire

Infinity War is exhausting. *Exhausting.* It all just turned into noise for me after a while.
– Bilge Ebiri, Village Voice

It’s a Mixed Bag Overall, For Some

I liked Avengers: Infinity War. BUT won’t see it as many times as I saw Black Panther.
– Wilson Morales, Blackfilm.com

It’s weightless in that giant crossover way, but then it really goes for it. some stuff made me GRUMPY. I dunno.
– David Sims, The Atlantic

Avengers: Infinity War opens everywhere on Friday, April 27. Read all the reviews as they come in here.