It was 2018, the last time a new episode of Donald Glover’s hit comedy Atlanta aired on TV. And after an extended hiatus, the series makes its triumphant return with two new episodes on Thursday, March 24, on FX. The series continues the tale of music manager Earnest “Earn” Marks (Glover) and aspiring rapper (and cousin) Alfred “Paper Boi” Miles (Brian Tyree Henry) as they grind to make a name for themselves in the music scene. Zazie Beetz plays Van, Earn’s co-parenting ex-girlfriend, and LaKeith Stanfield rounds out the talented cast as their eccentric friend Darius. This time, instead of facing the familiar challenges in Atlanta, Georgia, the group is smack-dab in a fish-out-of-water story in Europe.

Needless to say, the anticipation is high regarding the series’ return. At the time this article was published, season 3 is Fresh with a 100% score on the Tomatometer. After viewing screeners of the first two episodes, here’s what critics are saying about Atlanta season 3.

Yes, Atlanta is back, and if the first two episodes are any indication, it was truly well worth the four-year wait. – Dominic Patton, Deadline

After four long years away, it’s a relief to report that creator Donald Glover and his collaborators have not lost their capacity for vital tone-clashing comedy. There are laugh-out-loud moments right alongside skin-crawling bits of social awkwardness, plus some outright shocks. – Darren Franich, Entertainment Weekly 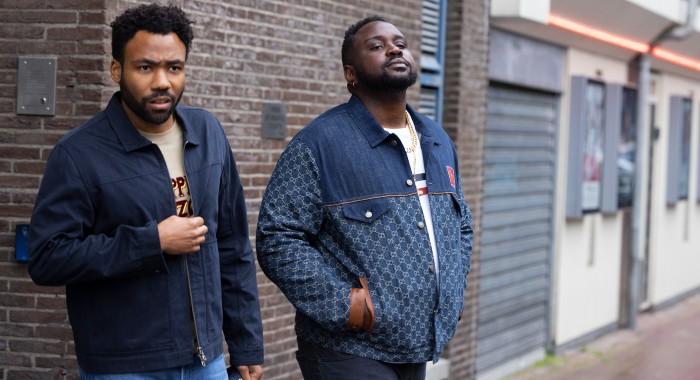 FX is going with two episodes for the long-awaited season premiere night, and they somehow have even less in common tonally than “Barbershop” and “Teddy Perkins” did, while being alternately as ridiculous and chilling as the most memorable moments of each of those. – Alan Sepinwall, Rolling Stone

The new episodes live up to the ones that came before, although only two were made available for review. Both run the gamut of what “Atlanta” can be: Bold, experimental, and allegorical; comedic and astute examinations of the mundanities and oddities of Black life. They remain singular, exceptional and thought-provoking in the way only “Atlanta” episodes can be. – Kelly Lawler, USA Today

It’s this kind of season composition that allows for some narrative development for our cast, but also allows for episodes like “B.A.N.,” which put Paper Boi as the guest on a fake talk show, or Atlanta’s largest triumph so far, the hilarious and disturbing “Teddy Perkins.” – Ross Bonaime, Collider

Despite the lengthy wait between seasons, “Atlanta” is tonally in line with what came before and carries itself with conviction befitting the filmmakers’ experience and acclaim. Episode 1 demands a few viewings. Episode 2 is mainly catch-up and table-setting, but the dry wit, playful scenes, and exquisite direction (Emmy and DGA Award nominee Hiro Murai helms the first two episodes) are all still here, all still honed. – Ben Travers, IndieWire

How are the performances of the cast?

​​It is a sight to see, especially Eternals vet Henry and Judas and the Black Messiah star Stanfield. And especially the nightmarish and nuanced season opener led by the amazing talent of Christopher Farrer. – Dominic Patton, Deadline

Reintroducing us to the world of “Atlanta” without any of the show’s familiar tools – the performances of Glover, Zazie Beetz, LaKeith Stanfield, and Brian Tyree Henry, as well as the social milieu in which they float – is a task only a show this confident in its ambitions might attempt. – Daniel D’Addario, Variety

I missed Glover’s resigned incredulity, Stanfield’s dazed wisdom, Henry’s expressive exasperation and just about everything Beetz does with a part the creative team knows they can underwrite because she’ll fill in the gaps. – Daniel Fienberg, Hollywood Reporter

What are the overall themes this season? 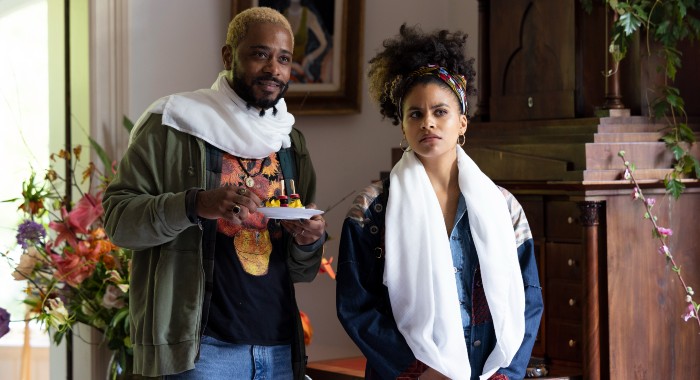 Among the episode’s status updates, perhaps most exciting is Van’s arrival in Amsterdam, mysterious and adrift. If there’s been a nagging issue with earlier seasons, it’s that Earn’s on-again-off-again girlfriend has been treated as such: either relegated to her own episodes, tied to a relationship arc, or both. She hasn’t really been part of the group, and that seems likely to change in Season 3. – Ben Travers, IndieWire

Still, Atlanta is clearly aware its own reputation precedes it, and the first episode of Season 3 both ups the ante and toys with our assumptions. Atlanta has left behind its core cast before, most notably in the ’90s flashback episode “FUBU,” which follows Earn and Alfred as clout-chasing high schoolers. But it’s never left behind its core characters entirely as it does in “Three Slaps,” a kind of topical creepypasta that takes its plot from a real-life nightmare scenario in which a white lesbian couple abused their Black foster kids. – Alison Herman, The Ringer

Episodes one and two offhandedly weave together ideas about American and European racisms, with typically empty-eyed white people being casually and obviously uncaring, and mostly resigned-looking Black people bearing the brunt of this dysfunction. That is, unless the Black person in question has something white people value, like musical talent. In that case, money spills forth. But so does a different set of problems. – Cassie de Costa, Vanity Fair

The Europe that Earn and his friends have been exploring still feels like a strange and alien place to them. For one thing, racism is not an American invention — in fact, it’s baked into the cultural traditions of places like Amsterdam. – Liz Shannon Miller, Consequence

If there’s a connection to be made between these first two episodes, it’s in the disregard of Black identity, and the reframing or total erasure of it for the convenience of white people. – Ethan Anderton, Slashfilm

How are the writing and directing?

These first two episodes are directed by frequent Atlanta director and Glover collaborator Hiro Murai and are an excellent example of what makes him such a perfect match with Glover’s vision. Each of these episodes quickly shifts between comedy, horror, drama, and surrealist touches, and Murai handily takes on anything that Atlanta could possibly ask of him. But Murai captures every scene with the same amount of beauty or care — whether it’s the gorgeous streets of Amsterdam or a house cluttered with trash and half-finished projects. – Ross Bonaime, Collider

Hiro Murai and the series’ other directors (including Glover) present the whole thing under a slightly dreamlike haze, allowing stories to feel like they could go anywhere, even if the action is largely confined to a small geographic area. – Alan Sepinwall, Rolling Stone

​​It’s hilarious, disturbing, sad, and silly all at once, and is unafraid to challenge its audience. It’s intelligently confrontational humor that forces white viewers to consider what they’re laughing at. – Liam Mathews, TV Guide

Director Hiro Murai is coming off the color-blasted apocalypse of Station Eleven, and his luscious-sardonic visual storytelling in the premiere matches the spiraling farce of Stephen Glover’s script. – Darren Franich, Entertainment Weekly

The celebrated Donald Glover-created FX series has created an idiosyncratic site in the culture that straddles Ralph Ellison’s classic Invisible Man novel, Virginia Woolf’s Orlando, the tone of Sun Ra and the ethos of the Lost Generation. In short, based on what I’ve seen, it is a true American masterpiece. – Dominic Patton, Deadline

There was never a question whether there’s a place for “Atlanta” all these years later. Good TV shows are consistent, but the great ones know how to change and grow with their characters and with the times. “Atlanta” has always been one of the greats. – Kelly Lawler, USA Today

At its best, Atlanta is less a show to be watched than an experience to fall into, be shaken by, and then set free from until the next time. – Alan Sepinwall, Rolling Stone

Atlanta has always been great, but with these first two episodes of Season 3, it continues its path of becoming one of the all-time greats. – Ross Bonaime, Collider

It’s not quite how other shows do things, and that’s one of the best things about it. With hundreds and hundreds of TV shows being made every year, the basic act of feeling really, truly different from anything else on television feels impossible to achieve. Atlanta achieves this so nimbly it might be easy to take it for granted, but these first two episodes sit up and demand that we do so. – Liz Shannon Miller, Consequence

All-in-all, the third season premiere of “Atlanta” is undeniably great television that delivers what fans have come to love about the series while still pushing the boundaries of what the show can be. – Ethan Anderton, Slashfilm