The Star Wars saga continues to expand with the origin story of rebel hero Cassian Andor in this prequel series to Rogue One: A Star Wars Story.

Cassian Andor (Diego Luna) met his explosive end in 2016’s Rogue One: A Star Wars Story by helping the Rebels’ mission to take down the Death Star. In the upcoming prequel series Andor, which drops its three-episode premiere on Wednesday to Disney+, audiences will take a trip into the past — five years before the events of Rogue One, to be exact — to get the intriguing lo-down on the future Rebel hero’s backstory.

Created and show-run by Tony Gilroy (who co-wrote Rogue One), the program will spread out its adventure through two ambitious 12-episode seasons, which will feature four three-episode blocks, each one representing a full year in Cassian’s journey.

As with all things Star Wars, the anticipation behind the new series is high. But does it hit the mark? Here’s what critics are saying about season 1 of Andor:

How does it fit into the Star Wars TV universe? 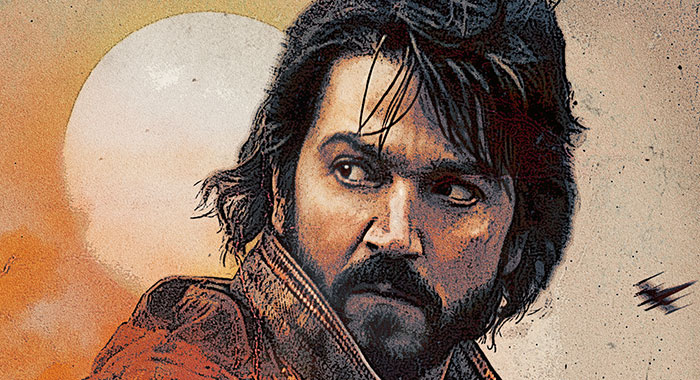 The journey from ruffian to rebel leads to a layered thriller that makes show creator Tony Gilroy’s new series a unique and addictive look at yet another fascinating aspect of the growing Star Wars universe. —Terry Terrones, Paste Magazine

The series is uniquely watchable among peers such as “The Mandalorian” and “Obi-Wan Kenobi,” which must hew much closer to fan service. In the crowded field of “Star Wars” TV, “Andor” is by far the best series yet. —Kelly Lawler, USA Today

Peak Star Wars complete with epic action sequences, an adorable new droid to fall in love with, and a truly high stakes feel — even though we all know how things end up. —Tessa Smith, Mama’s Geeky

Compared to other Star Wars shows, it is a slower, more granular beast, more concerned with talks of space politics over dinner rather than the swishing of lightsabers. —Stephen Kelly, BBC.com

How is Diego Luna’s performance? 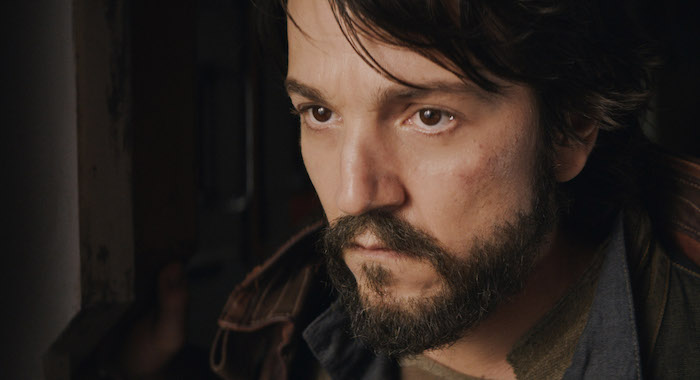 Luna is immensely appealing, as he was in “Rogue One,” creating likability and vulnerability in Andor, even though he makes many mistakes. —Kelly Lawler, USA Today

Stuck in the character’s glumness, Luna is constantly being upstaged by other actors, including Fiona Shaw as a woman from Cassian’s past, and then Skarsgård, whose arrival marks an easy-to-recognize point at which Andor begins finally to become fun for an hour. —Dan Fienberg, Hollywood Reporter

The always captivating Luna slips back into the role of Cassian like a second skin — all inner turmoil buried under a broodingly charming exterior. —Caroline Siede, Fox 10 Phoenix

As in “Rogue One,” Luna’s Cassian makes for a suitably charismatic and handsome leading “Star Wars” man, but quickly proves willing to risk everything in a much more literal way than most. —Caroline Framke, Variety 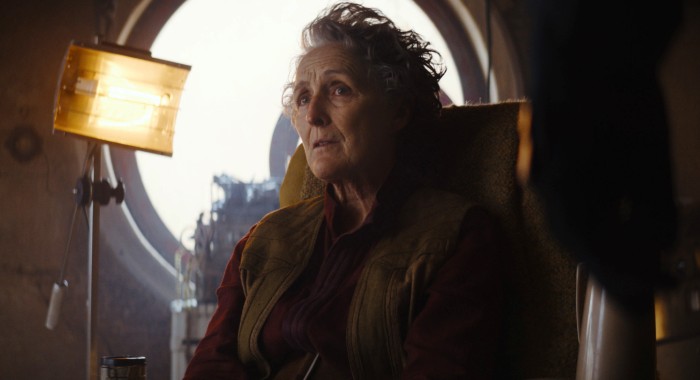 Skarsgård, his voice full of glass and gravel, his grandeur and gravitas undeniable, is just the jump-start the show needs, and his arrival is followed by some much-needed action. —Stephen Kelly, BBC.com

​​Soller (Broadway’s The Inheritance) is giving easily my favorite performance in these first two episodes, but since he’s playing a character who is making the choice between weakness and evil, I’m expecting a lot of knee-jerk “He sucks, I hate him” responses. —Dan Fienberg, Hollywood Reporter

How is the production value? 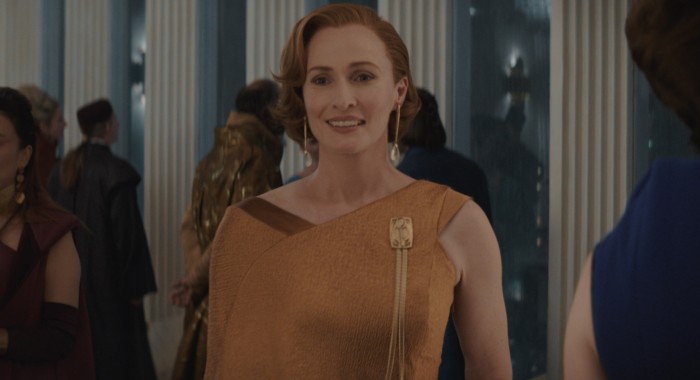 It is, by far, the best Star Wars has looked on TV, albeit with the caveat that it is still no match for the lavishness of a Star Wars movie. —Stephen Kelly, BBC.com

Indeed, as “Andor” follows its characters into the cluttered apartments, elegant Coruscant mansions and boring Imperial department meetings of their everyday lives, it often feels less like an action-adventure series than “Blade Runner” by way of “Casablanca.” And while it loses the playful sense of wonder of a classic “Star Wars” story, it evokes awe of a different kind. In a universe built around dark and light, “Andor” dares to paint in shades of gray. —Caroline Siede, Fox 10 Phoenix

As TVLine reported, Andor did not use The Volume, the super-HD digital backgrounds that provide backdrops for Disney+’s previous Star Wars series, and the difference is not only refreshing, but frankly staggering. The streets and alleys of Morlana One and Ferrix feel gritty and tactile. Backgrounds have actual depth. Valleys are lush. Earthen paths are not putting-green perfect. The result is a truly cinematic look that Mando et al surely believe they are emulating, yet not to this degree. —Matt Webb Mitovich, TV Line 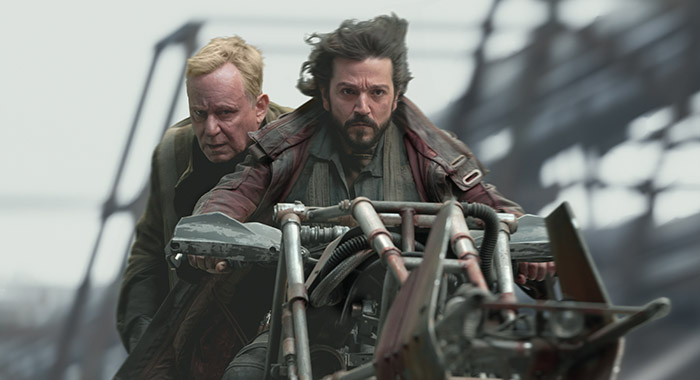 Andor quickly gets bogged down in an ongoing plot it doesn’t quite know how to break down from one episode to the next. —Alan Sepinwall, Rolling Stone

The show’s not in much of a hurry (the first three episodes dropping together really are of a piece), and that might lose it some shorter attention spans. Those who stick around, though, will be rewarded for their patience. —Caroline Framke, Variety

What makes “Andor” stand out is its singular focus on character over spectacle. The series has plenty of action scenes and blaster battles, but it succeeds at giving emotion and stakes to every set piece. —Kelly Lawler, USA Today

Andor’s slower-than-slow-burn trajectory puts a major damper on what could have been a promising start. —Belen Edwards, Mashable 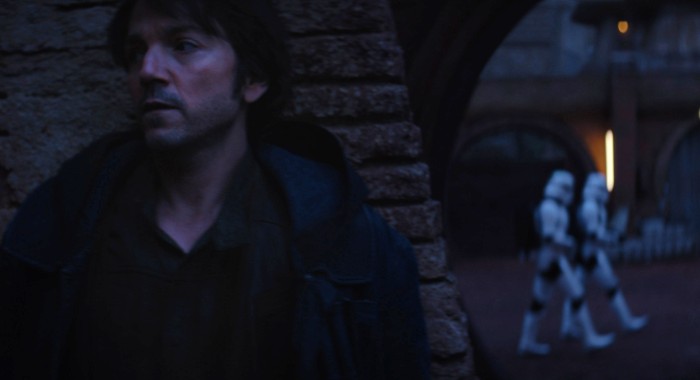 A quarter of the way into Season 1, Andor has established itself as the most deeply felt Star Wars series yet. And that’s worth holding onto. —Ben Travers, IndieWire

Andor is off to a fantastic start thanks to its compelling performances, corporate espionage undertones, and considered filmmaking. It’s not only shaping up to be a great Star Wars show, but one that could make its mark on the overall TV landscape. —Simon Cardy, IGN Movies

“Andor” is not, it seems, all that interested in pandering to the kind of fan service that would otherwise guarantee viewers — and how much more interesting is that? —Caroline Framke, Variety

Andor doesn’t instantly deliver the thrills I expect from a Star Wars show, but it’s different and that may turn out to be the best thing about it. —Dan Fienberg, Hollywood Reporter

The Skywalker Saga may have run its course but the world in which it is set still holds a fascination for fans, and is full of more untapped treasure than a yet-to-be-discovered kyber crystal mine. Rogue One was a great example of that, and with a stellar cast and clever storytelling, the hope that there’s more to Star Wars than Skywalker stories continues to grow with the absolutely magnificent Andor. —Terry Terrones, Paste Magazine