The voice of Tina, the suffer-no-fools scene-stealing infant co-lead of The Boss Baby: Family Business, tells us about the movies that opened her mind and brought the world to Raleigh.

Amy Sedaris has been bringing the laughs with a trademark manic energy and hefty dose of the surreal on TV and the big screen since her breakout cult TV series, Strangers With Candy. Want to see just how weird, and hilarious, Sedaris can get? Check out her gone-too-soon 100% Fresh series, At Home With Amy Sedaris, in which she plays a kind of Martha Stewart-ized version of herself besieged by a slew of lovable weirdos – all also played by Sedaris. Or, heck, check her out as Pell Motto in The Mandalorian – not even Disney and Lucasfilm can get her to play it straight.

Some of her most memorable work has come in animation, where she has lended her distinctively snappy voice to characters in Puss In Boots, DuckTales, and, perhaps most memorably, BoJack Horseman, in which she plays Princess Carolyn, an overworked Hollywood agent grappling with middle-aged loneliness and badly behaved clients. (The character is not actually a Princess, but she is a pink cat!) Sedaris brings some of Princess Carolyn’s sass to her new role: Tina Templeton, the wise-cracking, business-minded infant co-star of The Boss Baby: Family Business, the sequel to the hit family film that first introduced the concept of the jargon-spouting cherubs of Baby Corp.

Below, Sedaris shares her five favorite movies and tells us what it’s like to play a bossy bub, why Princess Carolyn continues to resonate with audiences, and about that time she bought her first phone just to go to Jennifer Aniston’s wedding. 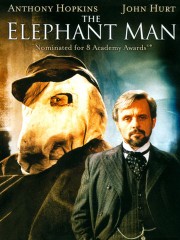 When I saw The Elephant Man in 1980 or whatever, I remember going to the movie theater, it was on Halloween, which was stupid… But, that movie really, it changed a lot for me, that was a big turning point to see a movie like that. Just how grotesque he looked, what he looked like, and the acting. And I liked how it was in black-and-white, and I liked between the scenes, how the screen would go black to prepare you for the next scene. That movie always stayed with me for a really long time. So when people ask me what my favorite movie is, I always say The Elephant Man. I didn’t see anything like that before. I was living in North Carolina and I’d never seen anything. I was just, “Wow, what is that?” Yeah, it was a really big movie for me. 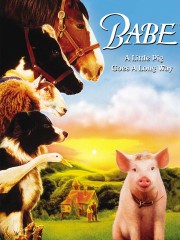 My other favorite movie is Babe. The pig movie. And they’re so opposite, but they both really are my favorite movies. I thought Babe was fantastic. I guess I like movies where there’s some tragedy to it and some grotesqueness to it and some sadness to it, but then it can be happy too, I guess.

Rotten Tomatoes: One of the things about Babe is how dark it is. For a children’s movie, it really goes there. Was that something that appealed to you?

When it came out, I was older than that. I mean, for a child to watch it, it could be so sad. You know when you’re watching a movie like that with a kid, like Dumbo or something? And then the elephant gets chained up and then you look at the kid and they’re like crying for their mother and you’re, “Oh, but it gets better.” And no matter what you say, they’re feeling it and it’s just horrible. So, that would be hard to watch with a child. 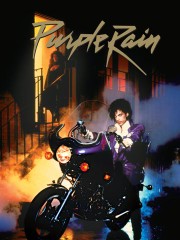 I was trying to think of what movies inspired me, really changed me. And I remember when Purple Rain came to North Carolina, the Prince movie, and again I’d never seen anything like that before in my life. And little Prince running around and just the music and how raunchy it was! And I was, “Oh, what is this?” It just stayed with me. It was the first time I’d seen anything like that. The same with Elephant Man. So, then I was a big Prince fan. 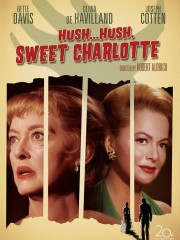 Another inspiration to me was, of course, Agnes Moorehead and Hush…Hush, Sweet Charlotte. That movie I loved. I remember how scared – oh my! – terrified I was when I watched it, and the head rolling down the stairs and how she was just, “I saw everything and I’m going to tell everybody what I seen.” And I was, “Oh my God.” So she’s a character that I immediately latched on to when I was younger and was constantly doing Agnes Moorehead around the house. And I did a hospitality show and we did a scene from Hush…Hush, Sweet Charlotte on that show and it felt so good to do it. She was so good.

And, of course, Whatever Happened to Baby Jane?. Come on! I mean, is that not the best movie ever made? And again: ugly, grotesque, her sitting on the sand at the beach and her makeup coming down. I mean, and the desperation and Joan Crawford’s character. Wow. So good. 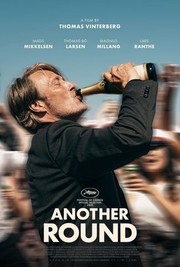 The latest film [I will mention]: I really liked Another Round a lot. I mean, I’ve watched it three times, I’m a big Mads Mikkelsen fan, everything he does – The Hunt, what a great movie The Hunt is. But, Another Round, it was my favorite movie, I’d say, so far this year. And it made me go back and watch The Hunt again. He’s just so good. Isn’t he? I mean, it’s so good. Plus [when watching the final scene], to know that he was a dancer in real life! He used to dance and was a gymnast and he kept dancing around. The director made him go up there and do it. It was… you just felt it.

Rotten Tomatoes: Would you want to work with Mads one day?

I don’t know if I have the acting chops to work with him. I’ve watched Hannibal – I would have loved to have been on that show. So, he’s just a real pro in everything that he does. So yeah. I don’t know if I could work with him, but I would love to watch him work. Maybe I could be crew. Props!

Joel Meares for Rotten Tomatoes: I’ve always found the setup for the Boss Baby movies totally surreal – this corporation run by babies – so when I knew you were in the second one, I thought, “That makes perfect sense.” Because you’ve sort of mastered the corner of surreal comedy in your work. It was such a perfect fit. I’m wondering, what was your reaction to the first movie and this bizarre concept about where babies come from?

Amy Sedaris: I know! I remember watching it with my god kids, before I did Boss Baby 2, back in the day, but I don’t think I thought about it as much because they’re watching and I’m looking at them watching it. I’m probably making something in the kitchen for them going in and out. So, when I watched it again the other day by myself – laughing out loud by myself, too – I thought the same thing. I was so impressed with it and I had just forgotten how elaborate that opening sequence is. They do such a great job.

Rotten Tomatoes: So, when you were taking on this role, what did you want to bring to this new Boss Baby, Tina, that we meet in Family Business?

Sedaris: Well, the tremendous amount of energy it took to play Tina! She’s up, she talks fast, she’s bossy. It was a lot. She’s running around the room and… It’s exhausting. It can be exhausting, and I can put out a lot of energy, but this one really wiped me out, to play a little bit of a bub. But I love anyone who wears a little suit or a little uniform. And, I just felt like I knew Tina. I was a lot like Tina when I was little. So, I could kind of really relate to Tina.

Rotten Tomatoes: Well, I was going to say, we know a little bit about your family growing up thanks to your brother David’s writings. Who was the Boss Baby in the Sedaris household?

Sedaris: The oldest sister’s always the boss, right? Always – still to this day. You just roll your eyes. Everyone has their little positions. I was in the middle, so I kind of got along with both sides, the three above me and the two underneath me. But I was the boss of the two underneath me. With a family it’s split. So, I got a shot at being boss as well.

Rotten Tomatoes: You got to be the Tina.

Sedaris: I got to be Tina. Yeah.

Rotten Tomatoes: We’re big fans of so much of your work, especially in animation, and especially of Princess Carolyn [the feline talent agent in Netflix’s BoJack Horseman]. That character resonated with a lot of people in many ways: What kind of feedback have you gotten about playing Princess Carolyn and what have you taken from playing her?

Sedaris: Really positive feedback. People love Princess Carolyn. I remember when they first asked me to do it. Will Arnett and I were always talking about doing something together, so it was a matter of working with Will. And then they showed me the picture of Princess Carolyn and I said, “Oh, a pink cat.” Once you see the picture, you’re like… I don’t know. But then when I knew she was an agent, I kind of was [already] playing around with this character – I did her in Chef and I did her in something else – and I was just kind of playing around with this voice and then I just decided to do it for BoJack.

Rotten Tomatoes: Finally, one of the plot points in Family Business is about apps and how we are kind of addicted to certain apps and often silly apps. What’s the most used app on your phone or the app that you’re addicted to?

So, it took me a long time to even get apps. And then I joined Instagram because I was talking to a friend [and they said], “This is perfect for you. It’s just visual, blah, blah, blah.” So, I’d say that I don’t have a lot of apps on my phone, but I like Instagram because I like to think about it, I post every day and it’s like a little project. And a lot of times it’s more curated. I like to post other people’s stuff. If I see something funny, I like to repost their thing. And, once in a while, I’ll do my own posts, but I’d say that’s the one I use the most.

The Boss Baby: Family Business is in theaters and available to stream on Peacock from Friday, July 2, 2021.