Gentefied executive producer and director America Ferrera — known for her lead roles in series like Superstore and films including Real Women Have Curves — shares her love for Selena, Y tu mamá también, and more. 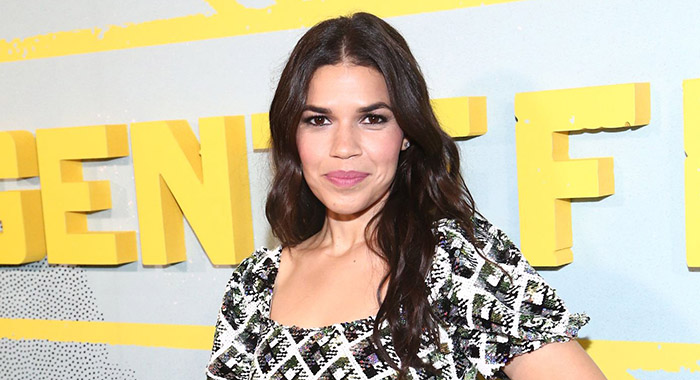 Her breakthrough film, Real Women Have Curves, which is directed by Patricia Cardoso and written by George LaVoo and Josefina López, was a Sundance hit that appealed to audiences for its unique portrayal of complicated mother-daughter relationships. As the star of the ABC telenovela Ugly Betty, she made history as the first Latina to win the lead actress in a comedy Emmy. Superstore, the NBC comedy she appeared in for six seasons, covered everything from paid maternity leave to COVID-19. 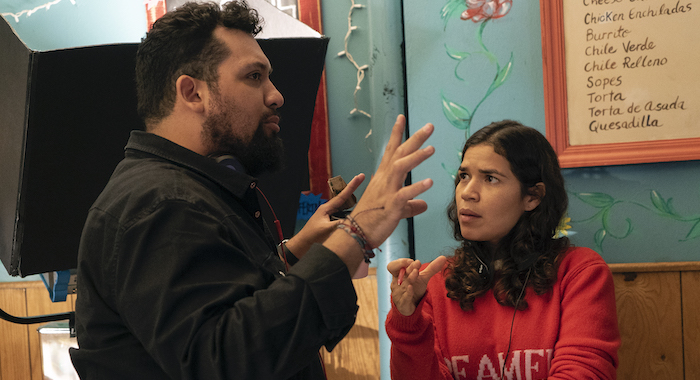 Gentefied, the Netflix series she executive produces and is created by Marvin Lemus and Linda Yvette Chávez, is a family comedy that also tackles social issues. Focusing on three cousins and their grandfather, who runs a restaurant in South Los Angeles, the show addresses a community’s loss of cultural identity through gentrification, but also discusses divides between generations, be it views on LGBTQ awareness, heritage, or immigration.

These relatable, but personal, concepts of storytelling are also things Ferrera is drawn to as a fan of cinema. In honor of Gentefied’s second season, Rotten Tomatoes asked Ferrera which Hispanic films inspire her.

I think the very first time I ever saw Latino American faces and creators as part of a movie that I was watching — but also that my friends watched, and that people watched in school and was a topic of conversation — was Stand and Deliver. Funnily enough, it was written and directed by Ramon Menendez, who directed the very first job I ever had, which was a Disney Channel movie called Gotta Kick It Up!. I was probably in middle school [the first time I saw it] and that was such a moment for me. I had never seen American Latinos in an American classroom speaking English and being American in that way before.

Selena was a really big one for me for the same reasons [as Stand and Deliver]. Yes, she was Latina, but she sang in Spanish and she was truly an American. That was the first time I felt — as a young person who knew that I wanted to be a storyteller, that I wanted to be an actress, that I wanted to be involved in the media world — to see not only her story being treated with enough value to be in the mainstream media, but then having it make Jennifer Lopez a star and being an example of success. There was — however unlikely for many — a path to our contributions, our artistic presence in mainstream culture.

The year that Real Women Have Curves came out, we were doing the festival circuit at the same time that Y tu mamá también was doing the festival circuit. I remember being so blown away by the film for so many reasons: that Mexican filmmakers were thought of as auteurs, that [it had a] performance and story that was not about identity. It was about friendship and love and lust and a million other things, but it wasn’t about proving that you were American; that was very much the stories I had been exposed to when it comes to Latinx stories. It just brought in, for a lot of obvious reasons, my idea of Latinx filmmakers and storytellers and what was possible.

I’m at a loss of whether or not Brazil is considered Hispanic … I’m not sure. But City of God [is] obviously such an impactful film. Watching such a social topic be depicted in a narrative film, that was another really crucial [moment]. Seeing how the medium could accomplish another level of storytelling and social commentary, that was an incredibly inspiring film moment for me.

I was just so moved and so inspired by that film — all the technical filmmaking, how gorgeous it was, how beautifully it was shot, how skilled the storytelling was — but also just the specificity of that story. It was so stunning and such a beautiful example of how many small, tiny worlds we have yet to see on film; this small, tiny community that does dance and music in this specific way. It was just gorgeous and really just breathtaking. 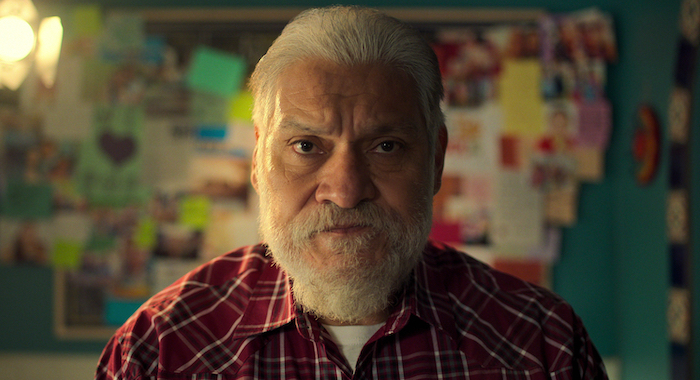 Whitney Friedlander for Rotten Tomatoes: At the end of the first season, it was revealed that grandfather Casimiro “Pop” Morales (Joaquín Cosío) was undocumented and he was arrested. During the premiere episode of season 2, he is reunited with his family. His grandchildren want to tell the world his story. He doesn’t. Why was that important to show?

America Ferrera: One of the things Marvin and Linda and I talked about really early on was this difference between the way this new generation of young people in this country — first-generation or undocumented themselves — are fighters. They started Dreamers and they pushed for legislation and they’re undocumented and unafraid. But that’s very different from generations past have dealt with the issue of being undocumented.

Right at the top [of the first episode] there’s a joke where Pops says, “Soy illegal,” [his grandson, J.J. Soria’s] Erik’s like “You can’t say that. You have to say ‘undocumented’; ‘illegal’ isn’t the word.” And he’s like, “Whatever with your PC words.” And that’s is very much at the core of the difference between how this younger generation feels entitled to show up and fight and to be undocumented and unafraid, but how someone in Pop’s generation wouldn’t think of showing up for the fight in this way.

The U.S. Latinx population was strongly hit by COVID-19. But you chose to set Gentefied in a COVID-free world. What was behind that decision?

Ferrera: There were conversations about whether or not to include COVID. Marvin and Linda didn’t want to go there from the beginning. And, ultimately, I think that that was the right choice to make … there’s something nice about diving into something for entertainment value and for some level of escapism — even if it deals with real-life issues — to see a world in which that wasn’t a concern. 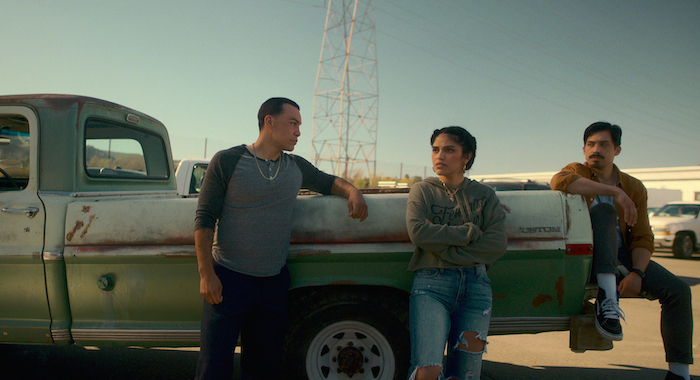 You directed the second season season premiere of Gentefied as well as two other episodes this season. What did it mean to direct the premiere? Especially since it has that emotional family reunion in the opening?

Ferrera: Everything about this project has been such a dream. As an executive producer, to get to champion the voices of Marvin and Linda — and then to have a crew that has Latinx people in every department, heading many of the departments, it’s so rewarding on so many levels. And in addition to that, I’ve gotten to direct and grow as a director and be courageous and brave and take risks and tell stories that really resonate with me.

We left season 1 a real cliffhanger with Pops being arrested and us revealing his undocumented status. So we come right in in season two and pick up where we left off and really let everyone know where Pops at and what’s going on and setting up his arc for the whole season, which is that he’s going to be in this process of not knowing whether he’s going or whether he’s staying. It’s a lot of expectation to fill. But it was exciting. And it was challenging.

You’ve given us a list of five films that inspire you. You’ve worked in a lot of disciplines. Do you watch films now from a specific perspective, be it from the point of view of an actor, director, etc.?

Ferrera: At the beginning, I definitely have my student hat on. I’m like ‘What’s their opening shot?’ And then, there’s those amazing, transcendent moments when all of that goes away because the storytelling is so phenomenal or because you get pulled in by a character or you get pulled in by a sequence of images. Then I come out of that and go ‘Wait a second! Oh my gosh! I have to go back and rewatch that and understand what just happened.’ I think it’s fun to watch with the part of the brain that’s trying to understand it and then to see at what points that part gets completely overtaken by just being moved by a story. But I’m definitely an active watcher. I’m definitely actively looking to see how is this making me feel and why. And then I’m always pleasantly awed when when I’m swept away and taken out of that active viewing mindset.