Peter Farrelly returns to comedy with John Cena and Zac Efron, and new projects for Benedict Cumberbatch, Anna Kendrick, and Nicolas Cage, among others.

This week’s Ketchup brings you more headlines from the world of film development news, covering such titles as The NeverEnding Story, The Dating Game, and Ricky Stanicky.

A REBOOT OF THE NEVERENDING STORY MAY BE ON ITS WAY 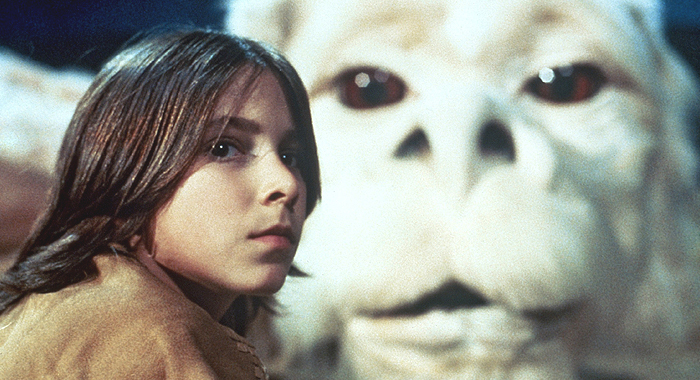 The 1980s continues to be the most “nostalgized” of the 20th century, and one source for much of this ’80s nostalgia has been the hit Netflix show Stranger Things (Fresh at 91%), which ended its third season in 2019 with a stirring cover of the theme song from the 1984 fantasy film The NeverEnding Story (Certified Fresh at 82%). The nostalgia for The NeverEnding Story appears to be culminating in a bidding war among several unnamed studios and streamers in both the USA and Europe. The rights being sought are for the original 1979 fantasy novel by German author Michael Ende, which in its original publication was titled Die Unendliche Geschichte. The 1984 film only adapted the first half of the book, with the second half being adapted six years later as The NeverEnding Story II: The Next Chapter (Rotten at 14%), so the rights to Ende’s novel could easily be expanded to at least two films, if not more (it is, after all, neverending). In the past, a reboot of has reportedly been considered by Warner Bros. (which distributed the original film in the U.S.), Star Wars franchise producer Kathleen Kennedy, and Leonardo DiCaprio’s Appian Way. It’s not known if any of these are currently among those pursuing The NeverEnding Story.

1. BENEDICT CUMBERBATCH JOINS SURVIVAL DRAMA THE END WE START FROM

Just two weeks ago, the news broke that melting ice from Greenland is expected to raise ocean levels by nearly a foot (August 29th was also the day Taylor Swift announced her new album, which probably inspired more Tweets). Rising waters are obviously of concern to low-lying cities like Amsterdam, Miami, Shanghai, and most relevantly to this story, London. Benedict Cumberbatch is now attached to co-star in the survival drama The End We Start From, set in a near future when flood waters submerge the city of London. Cumberbatch joins the already cast Jodie Comer (Free Guy, The Last Duel), who will play a young mother trying to escape London. Other members of the ensemble will include Mark Strong (Kingsman: The Secret Service), Katharine Waterston (Inherent Vice), Gina McKee (Notting Hill), Joel Fry, and Nina Sosanya. The End We Start From will be directed by British TV director Mahalia Belo from a screenplay by screenwriter Alice Birch (Lady MacBeth and the upcoming The Wonder) from the novel by author Megan Hunter.

2. CATHERINE KEENER IS FIFTH TO JOIN JOKER: FOLIE A DEUX

A publicity trick that Hollywood studios have been implementing for decades is to slowly announce cast members for a new project so that their film keeps showing up in every news cycle for weeks and weeks. There is a strong argument to be made that Warner Bros. is doing exactly that for their Joaquin Phoenix-starring musical sequel Joker: Folie à Deux (10/4/2024). First, the casting of Lady Gaga as the new Harley Quinn was teased out over weeks, which was then followed by returning cast member Zazie Beetz, and just last week, there was Brendan Gleeson. Just as the hype from that casting cooled down a bit, Warner Bros. followed it with the news that Catharine Keener (The 40-Year-Old Virgin, Get Out) has also joined Joker: Folie à Deux in an unrevealed role. Filming is expected to start in December on song-and-dance-friendly sets based on the DC Comics psychiatric hospital Arkham Asylum.

As mentioned in the The NeverEnding Story above, we are still very much in the midst of ’80s nostalgia. Sometimes, this retro fever even extends to films that were legitimately obscure, even in their own time. Youngblood (Rotten at 44%) was a 1986 hockey movie starring Rob Lowe and Patrick Swayze that opened at No. 4 the same week that Down and Out in Beverly Hills topped the box office and ended up earning just $15.4 million domestically. The Canadian production company Aircraft Pictures is teaming up with Dolphin Entertainment for a reimagining of Youngblood that will focus on “a fresh story that centers on an African American hockey prodigy.” The new Youngblood will be directed by Charles Officer (Akilla’s Escape) when filming starts up in early 2023. It’s not yet known if any of the original cast members (which included Keanu Reeves in his feature film debut) will reprise their roles.

One of the scariest social aspects of the 1970s was the awareness of active serial killers, and it has proven to be fertile ground for the movie industry, as evidenced by films like Zodiac (Certified Fresh at 90%), Summer of Sam (Rotten at 50%), and Extremely Wicked, Shockingly Evil and Vile (Rotten at 55%). One of the most bizarre stories from this era concerned the once-popular game show The Dating Game, in which three “bachelors” would secretly compete to be picked by a “bachelorette.” That otherwise cute format took a very dark turn on the September 13, 1978 episode when the winning bachelor was serial killer Rodney Alcala. Anna Kendrick is now attached to produce, star, and make her feature film directorial debut with The Dating Game, which will center on the female contestant, Cheryl Bradshaw, and her experiences.

Isabelle Fuhrman is probably still best known for her two appearances in the horror films Orphan (Rotten at 58%) and its recent prequel Orphan: First Kill (Fresh at 74%), in which the 25-year-old had to pretend to be a 31-year-old who looks nine (it’s complicated). Fuhrmann is also now the latest talent to join the ensemble cast (reportedly to exceed 170 speaking roles) of Kevin Costner’s four-movie Western epic Horizon. The cast already includes Jamie Campbell Bower, Thomas Haden Church, Alejandro Edda, Jena Malone, Tatanaka Means, Sienna Miller, Michael Rooker, Sam Worthington, and Luke Wilson. The first Horizon film will be Costner’s fourth feature film as director, some 20 years after the last, Open Range (Certified Fresh at 79%). Filming of the first Horizon film began on location in southern Utah on August 29, 2022. Also, in late breaking news Friday, Ella Hunt of the upcoming new version of Lady Chatterley’s Lover, has also been cast.

6. PETER FARRELY TO RETURN TO R-RATED COMEDY WITH JOHN CENA AND ZAC EFRON

Long before he won Academy Awards (including Best Picture) for Green Book (Certified Fresh at 77%), director Peter Farrelly and his brother Bobby were almost exclusively known for hit comedies like Kingpin (Rotten at 49%), There’s Something About Mary (Certified Fresh at 83%), and Dumb and Dumber (Fresh at 68%). Peter Farrelly’s next film, The Greatest Beer Run Ever, starring Zac Efron, just had its world premiere at the Toronto International Film Festival this week (and starts streaming 9/30/2022), but Farrelly is already talking up his next film. Efron and John Cena are now in talks to star in Farrelly’s return to R-rated comedy in a project called Ricky Stanicky. The premise of Ricky Stanicky is that the name in the title is what a group of close married guy friends use as a scapegoat for their misbehavior when making up excuses to tell their wives. Peter Farrelly plans to start filming Ricky Stanicky in January of 2023.

7. NICOLAS CAGE HAS SYMPATHY FOR THE DEVIL

Nicolas Cage recently wrapped up filming of Renfield (4/14/2023) (there’s no trailer yet, but you can hear Cage’s “Dracula voice” right here). Having finished that film, Cage now appears ready to jump from Dracula to the Devil, as he is set to star in the psychological thriller Sympathy for the Devil alongside Joel Kinnaman (The Suicide Squad). The film involves a driver (Kinnaman) who picks up a mysterious passenger (Cage), which leads to a “high-stakes game of cat and mouse after being forced to drive a mysterious man.” (Sidenote: this is why we don’t pick up hitchhikers.) Sympathy for the Devil is already filming in and near Las Vegas. 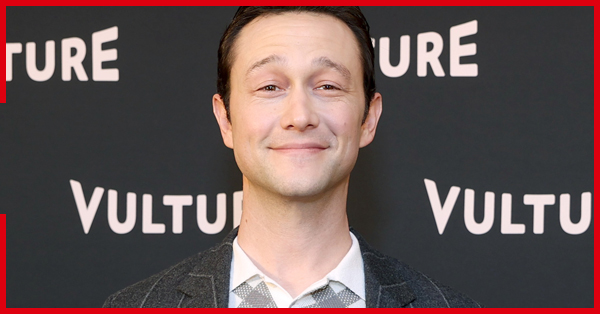