The creators of Prime Video's TV series talk playing ball with the 1992 Penny Marshall movie, while still staying in their own league.

Abbi Jacobson and Will Graham, the creators of the Prime Video series A League of Their Own, want it known that they love the 1992 movie of the same name from director Penny Marshall that’s set at the launch of the All-American Girls Professional Baseball League during World War II.

However, Jacobson — who also stars in the series as catcher Carson Shaw — says, with their show, “we’re not trying to remake this movie. We’re really trying to reimagine it and, in doing so, really tell the stories that weren’t told.” 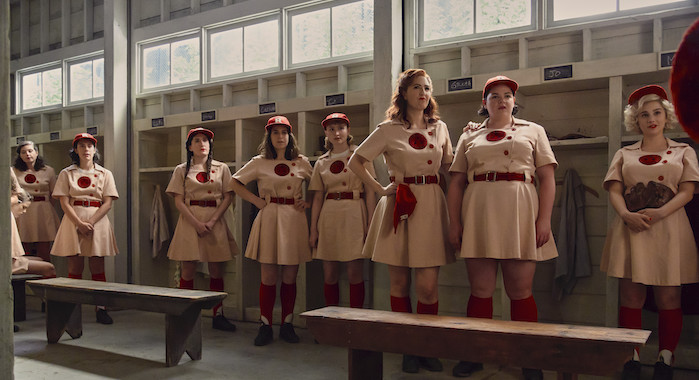 And there were plenty of stories from that era that weren’t told, or perhaps now are forgotten.

The new series, which was also inspired by the Netflix documentary A Secret Love about a female baseball player who kept her relationship with another woman hidden for seven decades, is frank about the challenges of being queer in 1940s America — something the film does not address. It also takes on the sexism and racial prejudices that were also rampant, which the film barely addresses.

Despite these heavy topics, Graham says, “it’s a show about joy.”

“Part of that joy is overcoming the obstacles in the world that want you to say no to you to falling in love with the person that you want to fall in love with and to play the game that you love,” he adds. 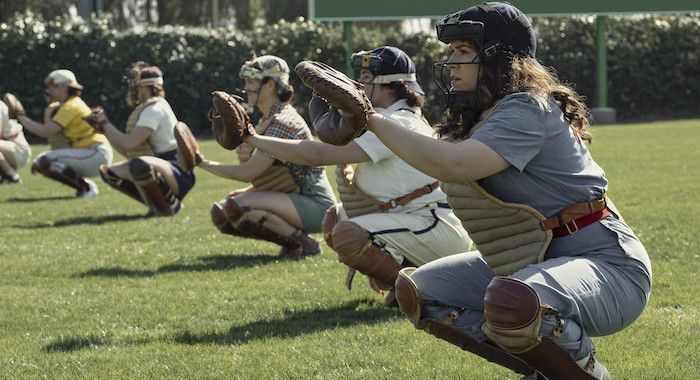 At the start of the series, Jacobson’s Idaho-bred Carson is married to Charlie, (Patrick J. Adams), her childhood sweetheart who is away at war. Soon after she’s drafted to play for the new Rockford, Illinois team, the Peaches, her teammate Greta (D’Arcy Carden) makes her question a part of her for which she might not even have a name.

“We felt that, if we’re going to be diving into these queer stories, the person’s POV of figuring herself out in this new environment felt really right,” Jacobson says. “I love watching queer stories that are not about about people coming out. But this one felt appropriate in the transition from the film, which is an iconically gay film even though [none of the characters in it] is gay or talking about that.” 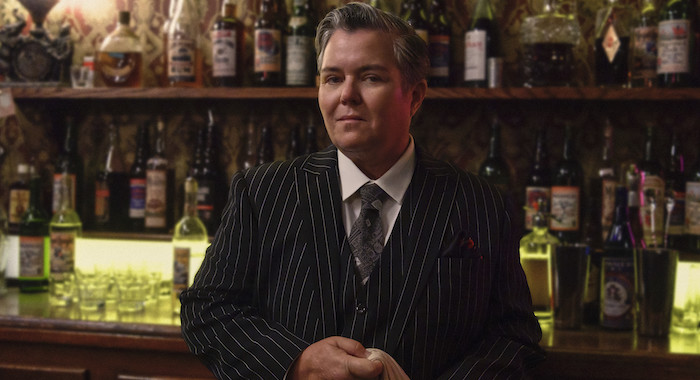 The show even finds a way to address the film’s ambiguity regarding LGBTQ+ characters by having Rosie O’Donnell, an out actress who appeared in the film when she was still publicly closeted, guest star as the owner of an underground queer nightclub. And in general, queer representation is definitely not lacking in this show.

Graham says that, of course, there’s no official data on how many women in the actual AAGPBL were queer and that “everyone has different perspectives on it”; however, he and Jacobson spoke with Maybelle Blair, the retired baseball player who now publicly identifies as gay and who has said that the majority of the players were also.

He says they asked her what it was like to be around all these people who were just like her and her response was “Oh it was a party.”

“There is something about hearing those words that I think really clicked for us,” he says.

2. It Talks About Racism More Than the Movie Did 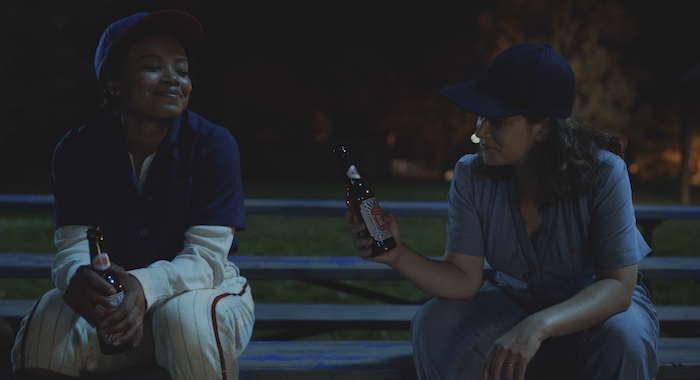 The movie only hinted at the segregation issues of the time with one memorable scene where an unnamed Black woman on the sidelines throws a baseball better than the white players expected. Much of the series focuses on Chanté Adams’ Max, an ace pitcher held back by either racism and/or sexism.

Jacobson says that, since “the show is about women — athletes — in the ’40s who played baseball,” it was important to show “what happens when that door opens for white women and white-passing women” and “what happens when it closes” for others.

She adds that “Max and Carson are really the hinge of the show; they’re really bonded together,” especially since one is a pitcher and the other is a catcher.

“They’re both placed in Rockford and they end up at a moment where they can only talk to each other about certain things,” she says, adding that “that ping-pong between these two worlds felt so exciting for us to show all the stories that we felt were overlooked in the film.” 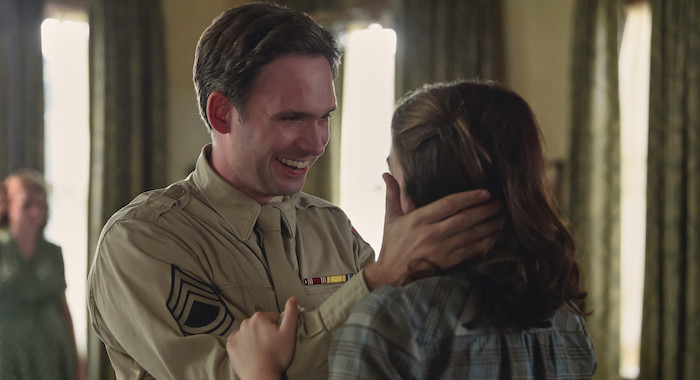 The series also hints at other issues that weren’t part of regular conversation at the time. One of them is the suggestion that Adams’ Charlie has PTSD from his experiences on the battlefields.

“Part of why we talk about the patriarchy now is that it’s hard to have any conversation about the role of women in society, especially in the 1940 — or female-identifying people — without also having a conversation about masculinity,” Graham says. “We knew from the start that we wanted Charlie and Carson’s marriage to be incredibly warm and to be a marriage that was based on love. We also knew that we didn’t want him to be perfect and didn’t want Carson to be the one who was struggling with things because that wasn’t as interesting.”

The show has plenty of Easter egg references to the movie, be it a group sing-a-long to a certain victory anthem or call-back lines of dialogue (baseball still isn’t for criers). So, it seemed fit to ask Jacobson and Graham about one of the most hotly contested moments in the film: Did Geena Davis’ catcher Dottie Hinson purposely drop the ball that allowed her younger sister, Kit Keller, (Lori Petty) win the game for the Peaches’ rival team?

When asked, both of the TV series’ creators gave a hard “no.”

“I don’t think that Dottie dropped the ball,” Graham says. “I think that she never would. I think these women were such fierce competitors. Who knows? In her subconscious, did she want Kit to have a moment? Maybe. But in her conscious? There’s no way.”