Plus, The Women falls flat, and guess The Family That Preys' Tomatometer!

Ten years ago, the mere mention of a film starring Robert De Niro and Al Pacino would have raised expectations sky-high, especially after their classic scene together in Heat. Now? The critics’ reaction to Righteous Kill is little more than an indifferent shrug. The Oscar winners star as a pair of New York City detectives on the trail of a serial killer whose work appears tied to a case they handled years before. The pundits say Righteous Kill is thoroughly mediocre, cribbing tough-guy dialogue and plot twists from every cop TV show known to man, and while De Niro and Pacino are fine, the script gives them precious little to work with. At 23 percent on the Tomatometer, Righteous is no killer.

“I guess Keitel was the first one to go.”

It would be nearly impossible for the Coen Brothers to top the critical, commercial, and Academy success that was No Country For Old Men. So with Burn After Reading, they scale down with a lark, a stylish crime comedy that critics say is lightweight but mightily enjoyable nonetheless. Brad Pitt and Frances McDormand star as a pair of dim-witted gym employees who stumble across the memoir of a former CIA agent (John Malkovich) and, foolishly, attempt to exploit their find for personal gain; meanwhile, the spy’s wife (Tilda Swinton) is having an affair with a field marshal (George Clooney), and they get tangled up in the plot as well. The pundits say Burn may be minor Coen, but it’s stylishly crafted and features droll comic performances and an almost sublime sense of stupid fun. At 76 percent on the Tomatometer, this Burn isn’t just hot, it’s Certified Fresh. Check out this week’s Total Recall, in which we delve into the Coens’ filmography.)

Looks like these two put their Michael Clayton beef behind them.

Remaking a great film is a dicey proposition; it’s tough to hold on to the elements that made the original compelling while adding a contemporary, fresh spin. And critics say that The Women, despite boasting an outstanding cast, never justifies its existence. Based upon George Cukor‘s 1939 classic of the same name, The Women stars Meg Ryan as a woman who discovers her husband is cheating on her with a younger woman (Eva Mendes); she turns to her close friend (Annette Bening) for help, and ends up betraying her trust. The film doesn’t lack for acting firepower (Jada Pinket Smith Debra Messing, and Bette Midler, among others, are part of the all-female ensemble), but critics say this is a near-total misfire; it lacks the bite, the wit, and class conflict of the original, and it doesn’t offer the shopoholic pleasures of Sex and the City, making for a tepid, misconceived mess. At zero percent on the Tomatometer, The Women is one of the year’s worst-reviewed films. And in case you were wondering, the original, which starred Joan Crawford, Norma Shearer, and Rosalind Russell, is at 90 percent. (Check out Eva Mendes’ top five favorite movies of all time here.)

“The only thing this trip is missing is a case of Old Milwaukee Light.”

The critics have warmed (somewhat) to Tyler Perry‘s films as he’s gone along. But that doesn’t mean he’s warmed to them; as with his last couple pictures, Perry’s latest, The Family that Preys, went unseen by the scribes before release. Alfre Woodard and Kathy Bates star as old friends who struggle mightily as their families fall apart around them. Consult you family members (or perhaps even a higher power) for help in guessing that Tomatometer! 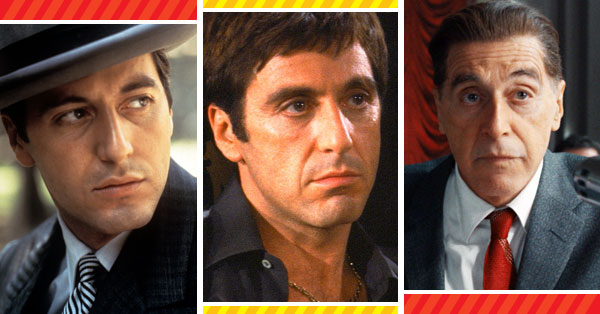