North American multiplexes were hit with a traffic jam as four new wide releases took all the leading spots with the top ten beating out both last weekend’s and last year’s numbers. Leading the way with a number one debut was the sci-fi action thriller Elysium starring Matt Damon and Jodie Foster which opened to $30.5M from 3,284 locations for a good $9,287 average. Considering the original story, R rating, and the fact that 14 other summer action films came before it, the debut was respectable though not stellar.

The opening came in below the $37.4M of director Neill Blomkamp’s debut feature film District 9 which released around the same time on the calendar three years ago, but with no stars and a fraction of the production budget. That film won rave reviews, hot buzz out of Comic Con, and eventually an Oscar nomination for Best Picture. Sony acquired worldwide rights for Elysium for $115M. It’s been a tough summer for the studio with After Earth, White House Down, and The Smurfs 2 all underperforming. Comedies This is the End and Grown Ups 2 have done well though.

The futuristic film lacked female appeal which held back some of its potential. Hollywood has bombarded summer audiences with 15 action titles since early May and this weekend a comedy like We’re the Millers proved to be a better option for many adult couples looking for a fun time at the movies. Studio research showed that a high 61% of the crowd was male and 52% was under 30. IMAX sales were solid, though.

Despite generally positive reviews, paying audiences were not too jazzed by Elysium as the CinemaScore grade was only a B. That was the same grade earned earlier this summer by After Earth and The Hangover Part III which both fell by more than 60% in the second weekend. In fact, the only action film this summer to score a lower grade was the universally-panned R.I.P.D. with its C+. Among this year’s original sci-fi action pics, Elysium debuted below Oblivion and Pacific Rim which each opened to $37M and change. But those were both PG-13 so given the rating difference, it was not too much weaker. Since May, action films have generally been good, but not amazing. And amazing is what many moviegoers need in order to open their wallets at this point.

Jennifer Aniston scored the seventh $25M+ opening of her career in a major role with the new comedy We’re the Millers which debuted strongly in second place with an estimated $26.6M over the weekend and a hefty $38M since its Wednesday launch. The Warner Bros. release averaged a potent $8,146 over three days from 3,260 locations. Critics slammed the R-rated comedy about a fake family trying to smuggle pot into the country from Mexico, however regular audiences felt differently. The CinemaScore grade was an encouraging A- as those looking for raunchy summer laughs that don’t require much thinking were satisfied with what they paid for.

Millers benefited from solid cross-gender appeal as studio research showed that males made up 51% while the overall skew was towards mature adults with 61% being over 25. Aniston has been a bankable actress over the years and her starpower trumped the bad reviews as the film has no other star with a proven box office track record. Millers may just become the sixth $100M+ domestic grosser of her career, fifth among major roles.

Landing in third with a respectable bow was Disney’s animated film Planes with an estimated $22.5M from 3,702 locations for a $6,085 average. It was the best opening among all the kidpics released since the juggernaut Despicable Me 2, but was not an especially impressive turnout. The PG-rated film was heavily marketed as being connected to Pixar’s Cars franchise even though it was made by filmmakers from the direct-to-DVD world. Planes earned an A- CinemaScore which is common for toons and had limited appeal beyond the core family crowd.

Another new kidpic followed with a similar gross, though it needed five days to reach it. Fox’s fantasy sequel Percy Jackson: Sea of Monsters debuted to an estimated $14.6M over the weekend and $23.5M since its Wednesday bow. The five-day debut was down a troubling 39% from the four-day holiday bow of its 2010 predecessor Percy Jackson & The Olympians. With weak reviews, a glut of mediocre titles for kids, and a moderate B+ CinemaScore grade, the PG-rated film did not attract huge sales. The effects-driven pic averaged only $4,817 from 3,031 theaters.

Consistently bankable Denzel Washington suffered a drop that was larger than usual for his latest action pic 2 Guns which fell 59% in its second weekend to an estimated $11.1M. Incoming competition from the many new releases hurt all films but this Universal release also has seen audience buzz that was mediocre and not stellar. With $48.5M, look for 2 Guns to finish with about $75-80M. Fellow sophomore The Smurfs 2 declined by 46% to an estimated $9.5M and has given Sony a disappointing $46.6M after 12 days. The final tally might end at around $70M which would be half of what its 2011 predecessor made.

Tumbling 63% to an estimated $8M was The Wolverine which has banked $112M so far for Fox. The spooky smash The Conjuring grossed an estimated $6.7M in its fourth weekend, down 49%, for a cume of $120.7M for Warner Bros.

The latest hits from a pair of A-list funnymen rounded out the top ten. Steve Carell’s monster blockbuster Despicable Me 2 ranked ninth with an estimated $5.7M, off 44%, for a domestic haul of $338.3M. The Universal sensation also watched its international cume soar to $407.5M while the worldwide tally hit $745.8M. Breaking $800M will be simple as key markets like Russia, Korea, and Italy are still to open between now and October. Adam Sandler’s first sequel Grown Ups 2 fell 53% to an estimated $3.7M putting Sony at $123.8M to date.

On the specialty scene, UTV’s action-comedy Chennai Express broke the record for the biggest Bollywood opening ever with an estimated $2.2M from 196 locations for a $11,352 average. Cume since the Thursday launch is $2.5M. Woody Allen’s Blue Jasmine expanded well again with an estimated $2.5M from 119 sites for a $21,202 average and $6.2M sum for Sony Classics.

New on Netflix in September 2022 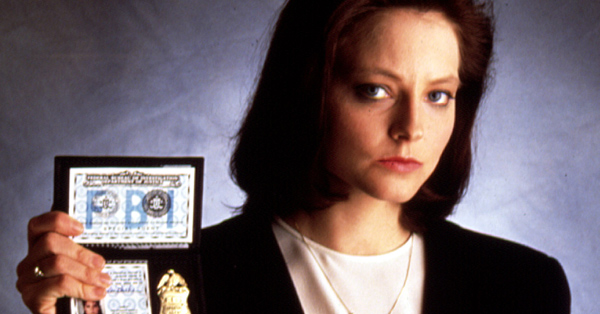