9 Ways to Craft the Perfect Fast and Furious Movie

Are they better when they mention "family?" What about when someone drinks a Corona? Does Dwayne Johnson's sweat affect the Tomatometer? We used science to figure it all out.

With F9 racing into theaters this week, we have a lot of Tomatometer-related questions about the franchise at large. Are Fast and Furious movies better when “family” is mentioned? What about when Dwayne Johnson glistens like the blockbuster god he is? Do audiences enjoy quarter-mile races that take two minutes to finish? Is there a correlation between critical reception and Vin Diesel telling Kurt Russell, “No, I don’t want to drink your delicious Belgian ale. Give me a bucket of Corona instead?”

The franchise’s arguably greatest strength has been its ability to evolve since its debut in 2001. It began with a bit of street racing in The Fast and the Furious, then took a detour to Japan to learn how to Tokyo Drift, upped the ante (and the number of stamps in its passport) from Fast Five to The Fate of the Furious, spun itself off in Hobbs and Shaw, and now, judging from the F9 trailer, it appears the gang is ready to explore the final frontier. It’s been a wild ride, and it’s neat to see a non-superhero franchise hold its own in the age of Batman, Wonder Woman, and the Avengers.

Of course, the next best thing to watching a Fast and Furious movie is researching and writing about them, and with F9′s imminent release in mind, we decided to look back fondly and bring you some funky Tomatometer stats worthy of the fantastically ridiculous franchise. We rewatched all nine films in the series so far (which was awesome), took notes, and used incredibly detailed articles from Bloomberg, Insure the Gap, and Movies, Films and Flix to come up with nine data points that will almost certainly ensure a Fast and Furious installment will be a success.

With all that in mind, sit back and strap on your seat belt as we present nine completely arbitrary — and incredibly scientific — Tomatometer facts to help craft the perfect Fast and Furious movie.

Fast Five, Fast & Furious 6, Furious 7, The Fate of the Furious, and Hobbs & Shaw featured the word “family” being uttered a whopping 41 times. Whether it’s Dominic Toretto’s now-iconic line — “I don’t have friends, I got family” — in Furious 7 or his “Salud mi familia” in Fast Five, these five films go heavy on the “family” rhetoric, and audiences and critics responded with love. While the definition of the word has gotten looser throughout the franchise (Elena’s pointless death in The Fate of the Furious still stings), it seems like the family will keep growing, as Hobbs & Shaw introduced literal family members and F9 brings the The Fast and the Furious: Tokyo Drift crew back into the fold, which will create new dynamics and relationships in the inevitable sequels to come.

2. INCLUDE A LONG, DESTRUCTIVE FINALE

You can’t have Vin Diesel, Michelle Rodriguez, Dwayne Johnson, Charlize Theron, John Cena, Kurt Russell, and Jason Statham in your films and not blow up a lot of stuff. Nowadays, the Fast films have progressed from their humble DVD player-stealing days to destroying nuclear submarines (at least $3.5 billion of damage), terracotta warriors (priceless), cargo airplanes ($60 – $150 million), and super soldiers ($250 million). What helped the Fast franchise get to the next destructive level? The answer is Fast Five, and the key scene is when Brian and Dom careened around Rio de Janeiro with a gigantic bank vault, destroyed everything in their path. It’s an all-timer set piece that let the world know the franchise would be stepping it up a notch in the action department.

That said, we had to give the yacht destruction in 2 Fast 2 Furious some love, even though it remains relatively low-stakes. It’s an audacious stunt that ends with Roman and Brian (Paul Walker)  too injured to get out of the car after the jump (that would never happen nowadays), and they are saved when Monica Fuentes (Eva Mendes) knocks out villain Carter Verone (Cole Hauser). We think it’s time to bring back Eva and Carter.

3. MAKE SURE SOMEONE DRINKS CORONA, ESPECIALLY AT A BARBECUE 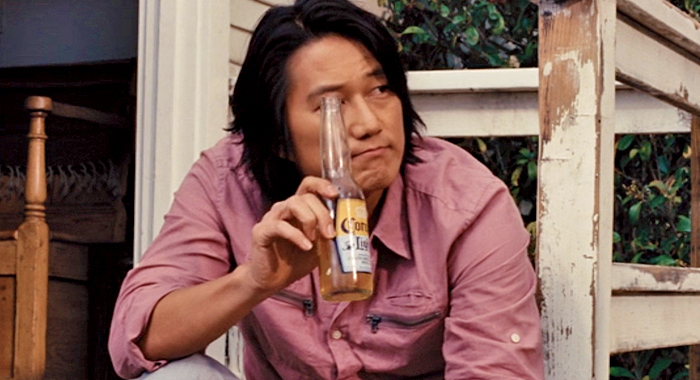 But what is the ideal place to drink Corona? In both The Fast and the Furious and Fast & Furious 6, it takes place during a barbecue, and the two movies have a 61.5% Tomatometer average. In Fast & Furious, the Corona consumption takes place in a club and during a takeout dinner, and in Furious 7, Dom is handed a bucket of Corona (it’s wonderful), and they have a 55% Tomatometer average. So, drinking Corona is generally good for the series, but drinking Corona during a barbecue is ideal.

The Fast and the Furious, Fast Five, and Furious 7 are the only films in the franchise that feature the epic quarter-mile races. Based on Dom’s speech in the first film when he says “I live my life a quarter-mile at a time,” you’d think there would be more of them. However, they are all quite memorable as the first film features the glorious quarter-mile race that takes two minutes to complete and the final race when Dom flips his Charger and takes off with Brian’s car. It’s also fun to watch Dom, Brian, Roman and Han race on the surprisingly empty Rio de Janeiro streets in Fast Five (Brian gets his revenge!). The idea of bringing back past memories plays an important part In Furious 7, when Dom attempts to spark Letty’s memories by taking her to Race Wars, which was introduced in the first film. (It doesn’t work, and she knocks a dude out). These races give the characters a moment to relax a bit and remember the simpler times they spent racing on the streets of Los Angeles before they started battling murderous mercenaries around the world.

5. …BUT MAKE SURE IT’S THE ONLY RACE IN THE MOVIE

Remember when the Fast and Furious movies used to feature actual racing? The Fast and the Furious was bookended by races, and 2 Fast 2 Furious featured an opening race, a job interview race, and a race to get Brian and Roman some new cars. The finale of Tokyo Drift was the longest race in the franchise. However, all of these films are Rotten, and they didn’t make the money of Furious 7 or The Fate of the Furious, so the franchise has pivoted to feature more gun mayhem and outrageous stunts and less racing and car culture. It makes sense; we’d probably get bored of watching Dom race around Los Angeles in sleeveless tees for 20 years, sipping on Coronas and calling everyone “buster.”

6. DON’T KILL OFF A MAJOR PROTAGONIST

Death (and coming back to life) is a constant theme in the Fast franchise. Whether it’s Jessie (Chad Lindberg) getting killed in The Fast and the Furious, Vince getting shot in Fast Five, or Gisele sacrificing herself for Han in Fast & Furious 6, the majority of the Fast movies have no problem getting rid of characters.There are some lucky ones, like Letty and Han, who were presumably killed but have come back into the fold because of pressure from fans (#justiceforhan), and Rodriguez, who was brought back by Diesel so she could have a show-stopping fight against Gina Carano in Fast & Furious 6.

One side benefit of Han’s return in F9 — other than, you know, having Han back — is that it could help Fast fans to make peace with Jason Statham’s Deckard Shaw. It stung to watch Shaw become a franchise regular, and a hero at that, when we all thought he had killed Han. Now, with some “yada yada-ing,” we don’t have to feel quite as bad because he technically didn’t kill a fan favorite.

The major blemish in the death count is Elena (Elsa Pataky), whose death in The Fate of the Furious was supposed to establish the villainy of Cypher (Charlize Theron). However, it seemed more like a choice of convenience, considering she was the mother of Dom’s baby and Letty was back in the picture. It’s a bad look, and the aftermath was never treated with any significance.

*Quick note – Technically, Han is “killed” in Tokyo Drift and Furious 7. However, we are only counting his death scene in Tokyo Drift.

7. INCLUDE A MEMBER OF THE SHAW FAMILY 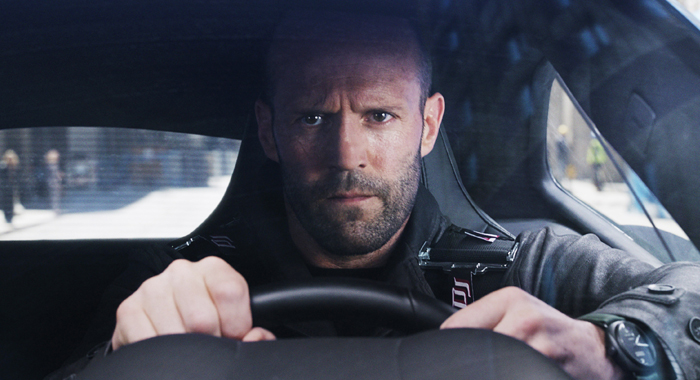 While many immediately think of Deckard Shaw (Jason Statham), it’s worth noting that Luke Evans was the first Shaw to appear on screen. His Fast & Furious 6 character Owen Shaw pushed the crew to their limits with his tanks and doppelgangers, and he set the stage for a new type of Fast villain. It’s also wild to think back and remember that Deckard Shaw entered the franchise by killing Han at the end of Fast & Furious 6, and then slaughtering cops in Furious 7 so he could visit his brother Owen in the hospital. Statham is so charismatic that audiences are apparently willing to overlook all of that, so Shaw somehow got pardoned for all of the murders and he was accepted into the gang. Since then, The Fate of the Furious has introduced us to Queenie (Helen Mirren), the Shaw family matriarch, and Hobbs and Shaw introduced us to Hattie (Vanessa Kirby), sister to Owen and Deckard. There’s now another family in the Fast world, and over time, they’ll likely be folded into the main family, for better or worse.

8. HIRE VIN DIESEL AND DWAYNE JOHNSON TO STAR TOGETHER

After a much publicized riff between Diesel and Johnson, the two have reportedly squashed their feud, and to quote singer Jack Johnson, they’ve realized “We’re Better Together.” Whether it’s their Godzilla-esque brawl in Fast Five or their team-up in Fast and Furious 6, audiences like seeing the two burly men alongside each other on screen. Hopefully, in future installments, we’ll be safe from The Fate of the Furious dramatics when the two technically appeared in scenes together but never shot any of them with the other present, and everyone sensed it, as it was clear they were kept apart on purpose.

Fast Five, Fast & Furious 6, and Furious 7 are the three best-reviewed films of the franchise, and you get to see the two of them actually share screen time. Hobbs & Shaw notwithstanding, let’s hope that Fast 10 Your Seatbelts (please be the title) reunites the two A-listers for some A+ quality time.

9. MAKE SURE DWAYNE JOHNSON IS NICE AND SWEATY FOR AT LEAST 70% OF HIS SCREEN TIME 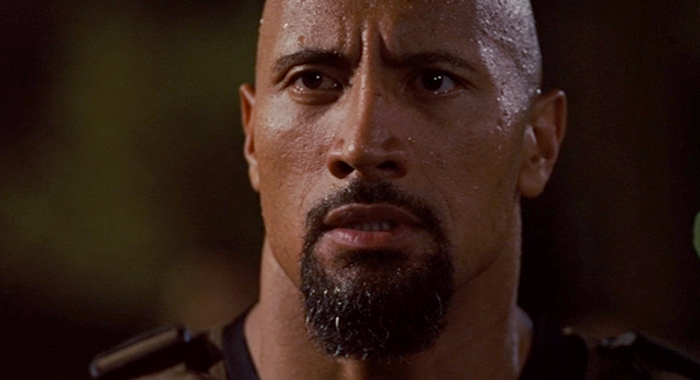 When Dwayne Johnson made his first appearance in Fast Five, he looked like he had just climbed out of a vat of water, glycerine, and the goo from Alien. The perpetually glistening super agent, who apparently sweat about 4 ¼ cups of water in Fast Five, quickly became a fan favorite, and he has continued his perspiring streak in all of the sequels. Kudos to Bloomberg for finding a way to quantify it all; we are jealous and impressed that you figured out he was “wet” in 90.3% of Fast Five and 73.4% of The Fate of the Furious. Based on the evidence, audiences are big fans of sweaty, oiled-up Dwayne Johnson.

And there you have it: the nine ingredients you need to craft the perfect Fast and Furious movie. What are your favorite moments in the franchise? Let us know in the comments.

More By the Numbers 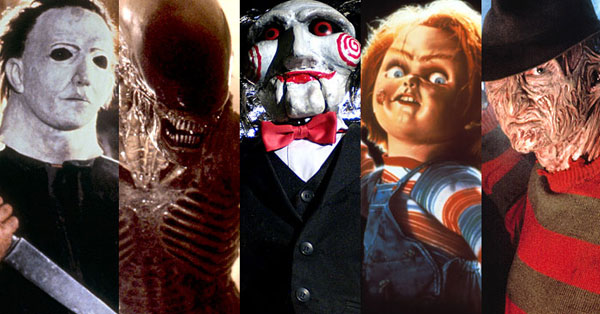 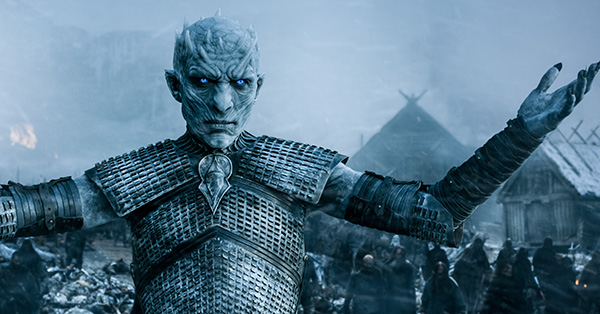 Game of Thrones by the Numbers: How to Build a Perfect 100% Fresh Episode 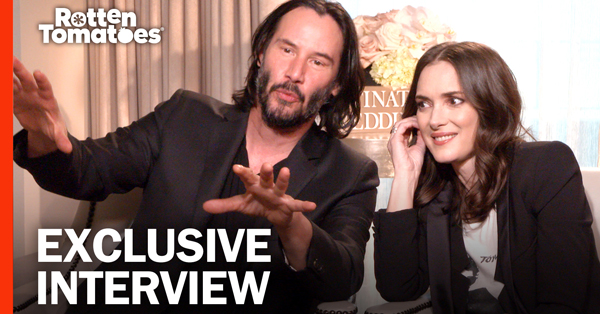 Keanu Reeves and Winona Ryder Are Huge Fans of Each Other

More By the Numbers