7 Things You Should Know About Man Seeking Woman

Jay Baruchel's new FXX comedy is an absurd but sincere take on love.

In November, Rotten Tomatoes visited the set of FXX’s upcoming comedy Man Seeking Woman to find out what the deal is with Jay Baruchel’s new show. Based on a collection of short stories by creator Simon Rich, Man Seeking Woman is unlike anything you’ve ever seen on TV before. With the narrative freedom of a cartoon and the production values of a live-action film, it’s an absurd half-hour comedy about the high stakes of twentysomething singledom as experienced through one man’s perspective.

Before you fall down this bunny hole of modern mating madness, here’s what you need to know about Man Seeking Woman, premiering on FXX this Wednesday.

Baruchel plays Josh Greenberg, who tackles the single life with the help of his best friend Mike Bunt (Eric Andre) after being dumped by his longtime girlfriend Maggie (Maya Erskine). Finding love, however, is not as easy as your typical 90-minute rom-com would have you believe. For Josh, returning to the dating scene means not only surviving a blind date with an actual troll, but also enduring the humiliation of learning that his ex-girlfriend is dating Adolf Hitler. Not a guy like Hitler, but the actual 126-year-old Adolf Hitler who’s been hiding in Argentina since faking his own death all those years ago. (Guest star alert: Bill Hader plays Führer). Such are the harsh realities of modern dating — and you can be sure they’ll never run out of material.

“I have a hell of a time describing it, which is part of what makes it exciting,” Baruchel told Rotten Tomatoes. “There’s no sort of frame of reference. It’s the one TV show you can say is like no other TV show, so the closest I’ve come to describing it is that it’s like a cartoon come to life. That’s the best I can do.”

It’s based on a collection of surreal short stories by Simon Rich.

The Last Girlfriend on Earth, a collection of short stories by Simon Rich (some of which were previously published in the New Yorker), is the inspiration for Man Seeking Woman. For those unfamiliar with Rich, he has accomplished more professionally by age 30 than most writers can hope to achieve in their lifetimes. After heading The Harvard Lampoon in college, Rich joined Saturday Night Live as one of the youngest writers in the show’s history. In the meantime, he published three story collections and two novels — all before creating his own show for FXX, executive produced by Lorne Michaels.

“He’s a very brilliant comic writer,” said writer Ian Maxtone-Graham, known best for his 17 years on The Simpsons. “One of the great short, funny piece-writers in history. I think he’s up there with Ian Frazier and Jack Handey and S. J. Perelman and I was a fan of his for so many years. I think literally since he was 21, I was a fan of this writing.”

There’s an eclectic group of talent behind the scenes.

“I knew [Krisel] at SNL,” Rich said. “We didn’t really work much together — we barely overlapped on that show — but I’ve been a fan of his for years, I’m a big Portlandia fan. When I was looking for a director, he was the very first person that I thought of because I’ve loved his work from afar. He?s great at playing absurd situations with naturalism. From Monty Python to The Simpsons to Portlandia, that’s my favorite type of comedy.

What you see is really happening.

Playing absurdity with sincerity is exactly what this show is going for. When a character sees his ex-girlfriend’s new boyfriend as Adolph Hitler, you can understand the inclination to dismiss what’s happening as neurotic fantasy, but writer Dan Mirk said that what you see is the truth.

“The way that we’re playing it is that it’s all real,” Mirk explained. “It’s not just like he’s dreaming and that’s what we’re seeing. In the reality of this show, these things are happening. So his ex-girlfriend really is dating Hitler and he really does go on a date with a troll and she really does bite him and he has blood coming out of him… That was just a creative choice that we made.”

“There are a lot of strange elements in it,” Rich said. “There’s time travel, there’s aliens, there’s trolls, there’s a Japanese Penis Monster (his name is Tanaka), there are multiple decapitations — so it’s a very unusual show. But, as its core, it’s very simple. It’s just about a guy looking for love. It’s my hope to tell very simple, basic stories, but in a brand new way.”

To that point, the actors play the stories as straight as possible. Maya Erskine told Rotten Tomatoes, “Everything’s played for the truth so no mugging.”

For Baruchel, though the situations are insane, the emotions are very relatable. “I haven’t been electrocuted or covered in semen in real life, but I’ve certainly been through the minefield that is dating in your twenties. We always want to make sure that the audience has something to connect to.”

It has more creative freedom than other TV shows.

Rich, whose stories know no bounds, finds that writing for television has its advantages. “If you want to explode the pyramids [in prose], you can just say that the pyramids exploded and you’ve pretty much just done it,” Rich said. “But in a show like this, I find that I have a lot more variables to my disposal that I don’t as a prose writer, the biggest one being actors to emotionally ground the scenes and often elevate the material… This is most creative freedom I’ve ever had in my life outside the pages of The New Yorker.”

The actors have improvisational freedom as well. “I was incredibly excited to see in the pilot how much improvisation was put into the edit,” said Britt Lower, who plays Josh’s sister, Liz.

“The first time, you do what’s on the page and the second time, you say whatever you want,” Erskine said. It’s a wonder then, the directors can settle on which take to use. “Jay’s improvisational skills and his face acting is so spectacular over and over,” Maxtone-Graham said. “Five takes, five different ways to go with something.”

The pilot won over Baruchel, Maxtone-Graham, and Andre immediately.

“I had no idea where it was going and was just reading it and then got to page three and was like, ‘Woah. This is awesome,’ and totally tripped out over it.” Eric Andre told Rotten Tomatoes.

Maxtone-Graham too was immediately taken by the pilot. “I’m [here] because of Simon Rich and also because of the quality of the pilot. I took the meeting — I hate that term — I went to the meeting with Simon because I’m a huge fan and I would have been happy just to meet him and then I saw the pilot and it was the best pilot I’ve ever seen and I just couldn’t believe how good it was.”

Baruchel was hooked too — even when he didn’t think he’d be taking on a big acting project like this again. “I was given the book, Last Girlfriend on Earth, with the script and I inhaled that book and read it in like two days. It’s one of the few books that actually made me laugh out loud. The older I get, the less acting I do and I’ve probably retired five times but… then you read a script like the first episode of this thing and I was like, ‘Well, alright, that’s at least another year.'”

“We do a little movie every single week, complete with special effects and stunts and gore and all sorts of stuff,” said Baruchel.

Making a show with so many surreal elements requires some heavy lifting from the production team. “We’d be in the writers room and we’d come up with some crazy idea and then we’d think, ‘But there’s no way.'” writer Sofia Alvarez told Rotten Tomatoes. “And then we’d be like, ‘Well, it’s making us laugh so let’s just see what the network says,’ and then we’d expect the network to say, ‘Impossible. No. What are you talking about?’ FX has been so wonderful and so willing to let us create this crazy show that they’d be like, ‘Sounds good to us.’

As people will see in the pilot, Josh’s troll-date Gorbachaka has a rather sophisticated costume, but that’s just the first of many creatures we will encounter this season of Man Seeking Woman. “You should see this penis monster,” Mirk said. “It’s great. It has these very expressive eyes, but its head looks like the head of a penis. It’s amazing. It has these tentacles. It’s kind of horrifying but also loveable. As soon as FXX was like, ‘Yeah, you can make a Japanese penis monster,’ that’s when I think we knew we were all at a good spot.”

Man Seeking Woman airs Wednesday on FXX at 10:30 p.m. after the season 10 premiere of It’s Always Sunny in Philadelphia. Will you be watching? 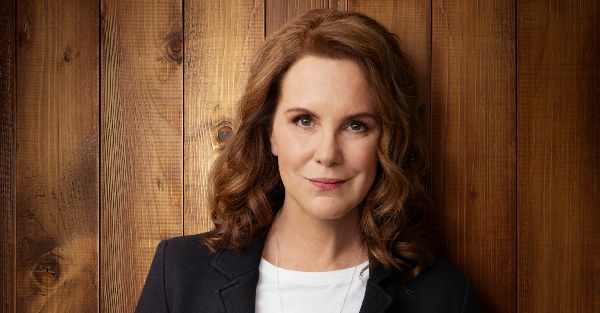 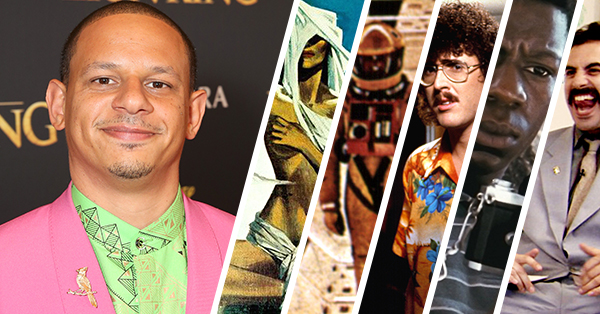