From Asgard to the Spider-Verse, we break down the most anticipated upcoming movies and TV series featuring some of our favorite Black superheroes.

Black superheroes in movies and on streaming look a lot different now than they did six years ago when we all broke Netflix trying to stream Marvel’s Luke Cage. Mike Colter was the first Black man cast as a lead in a superhero series since Carl Lumbly’s M.A.N.T.I.S. in 1984, and the series also introduced Misty Knight (Simone Missick), the first Black woman superhero in primetime.

The seeds first planted in those early adaptions would bloom in flowers when Black Lightning dropped on The CW, Marvel’s Black Panther hit screens, and Miles Morales jumped from the pages of the comics into Spider-Man: Into the Spider-Verse, winning Sony Animation an Academy Award in the process.

Now, just four short years later, we not only have superhero shows led by Black characters, but they’re women, queer, teens, kids, and every iteration of intersectionality that we’ve been missing. This list highlights just some of the shows that feature or are led by Black superpowered characters, heroes, and antiheroes alike coming to screens in 2022. 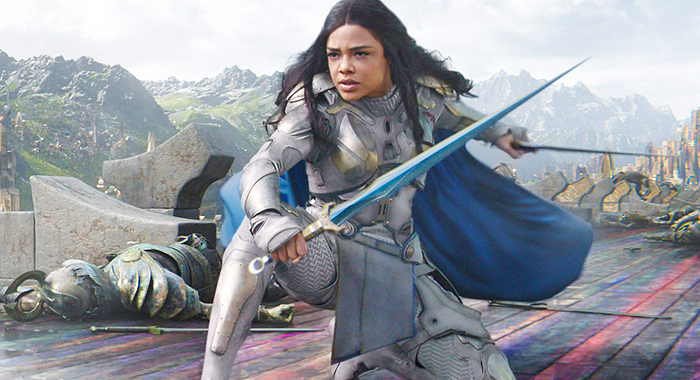 Why we’re excited: After Avengers Endgame, we saw Thor hand over the keys to the kingdom of Asgard (what was left of it anyway) to Tessa Thompson’s Valkyrie. We can’t wait to see how Valkyrie will rule from her new throne, how she will rebuild Asgard, and whether or not she will wield a sword or her ax from the comics as the MCU’s first queer woman of color. And now that we know that Valkyrie is her title and not her name, will we finally get to hear the characters’ birth name on screen? (It’s Rúna, by the way). 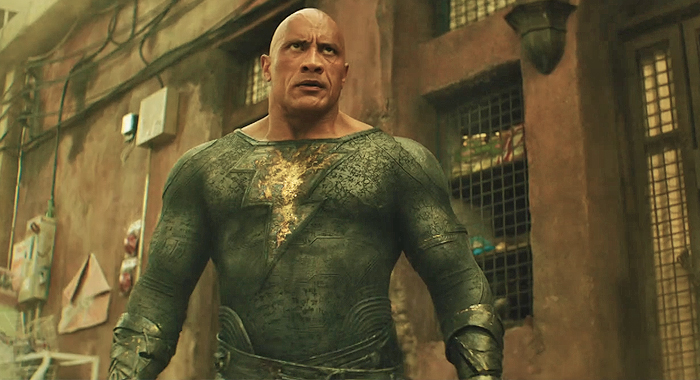 Why we’re excited: Black Adam is one of the most powerful characters in DC Comics. With his magic-based strength, eidetic memory, telekinesis, and elemental powers bestowed upon him by Isis, he could give Superman a run for his money. In the comics, Black Adam’s rise from enemy to antihero is so compelling that, if appropriately adapted, it could make for a powerful character arc onscreen.

True comic book fans know that Black Adam will be the feature film debut of the Justice Society of America (JSA), a precursor to the Justice League, featuring lesser-known superheroes with convoluted histories, including Cyclone (Quintessa Swindell) and Hawkman (Aldis Hodge). They will finally get the canonical backstories they deserve.

Spider-Man: Across the Spider-Verse (Part One)

Why we’re excited: Spider-man: Into the Spider-Verse garnered Sony Pictures Animation the company’s very first Oscar in 2019 (breaking Disney’s 12-year winning streak in the process). The studio hopes to do it again by diving back into the multiverse with new team members Joaquim Dos Santos (Legend of Korra) and Kemp Powers (Soul) behind the camera. But, this time, instead of the multiverse coming to Miles, he’s traveling through them, and each world will have its own art style.

Shameik Moore returns as the voice of Miles Morales opposite Hailee Steinfeld’s Gwen Stacy. Still, it’s the announcement that Insecure creator/producer Issa Rae will be voicing Jessica Drew, the original Spider-Woman, that has us excited. With a Spider-Man: Across the Spider-Verse (Part Two) dropping in 2023 and a rumored Spider-Woman movie coming as well, it looks like Sony’s Spider-Verse will be around for a while. 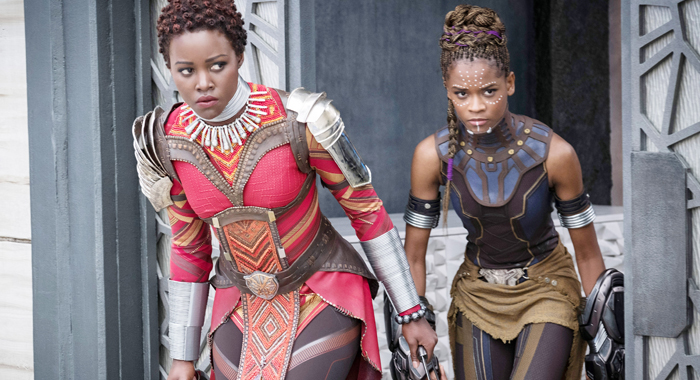 Why we’re excited: Black Panther: Wakanda Forever is easily one of the most anticipated films of 2022. However, Wakanda Forever is in production in a very different world than its predecessor. The original films’ star passed away (Chadwick Boseman lost his private battle with cancer in 2020), and the new film has been beset with pandemic delays and on-set injuries. As a result, scripts have been re-written, scenes reshot, and release dates shuffled to accommodate.

Although director Ryan Coogler and Marvel have both announced that they will not recast Boseman’s role, that does not mean there cannot be a new King (or Queen) of Wakanda. it’s confirmed that Winston Duke will return to the franchise (after a significant raise), and even Michael B. Jordan’s Eric Killmonger is strongly suspected to be returning, so it’s safe to assume that the MCU’s Black Panther will go in a different direction than its comic book origins. On top of that, we all can’t wait to see Okoye, Ayo, and the rest of the Dora Milaje back in action, and to witness the live-action debut of Riri Williams/Ironheart, played by Dominique Thorne. Aside from how Coogler will handle Boseman’s death on screen, the biggest mystery is what character recently cast Michaela Coel is playing. (Could it be Storm?!)

Aquaman and The Lost Kingdom 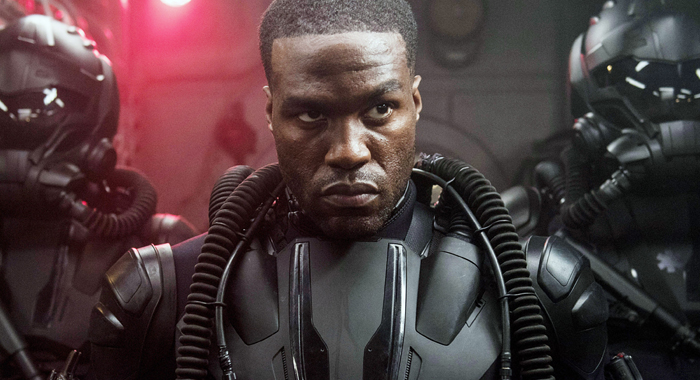 Why we’re excited: The Black Manta character as it exists in the DCEU is intriguing because technically David Kane doesn’t have any inherent superpowers outside of his genius intellect. Although he is a skilled fighter, it’s his high-tech diving suit that gives him superhuman strength and speed, especially underwater. With the suit’s advanced weaponry, he’s a one-man amphibious war machine. Although the gear is nice, Abdul-Mateen’s origin story in the first Aquaman movie didn’t give him much to do. The actor has stated in interviews that in Aquaman and the Lost Kingdom, his role will be expanded and he will have more to do this go-round. We also can’t wait to view the never-seen-before special effects that James Wan has promised for this sequel. 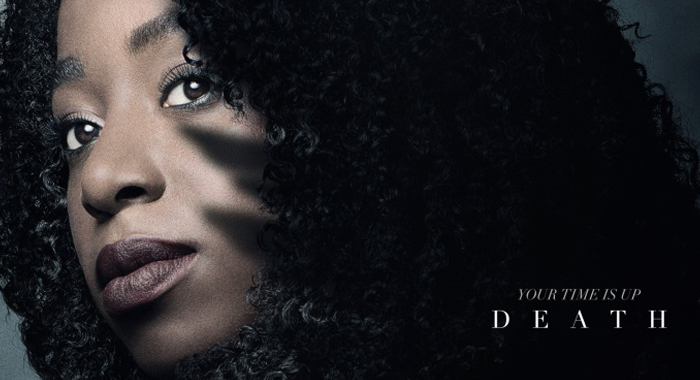 Why we’re excited: Fans have waited since 1989 when The Sandman series was first published at DC Comics’ Vertigo imprint to see the Endless brought to life. Referring to each other as siblings, they are anthropomorphized iterations of Destiny, Death, Dreams, Destruction, Desire, Despair, and Delirium.

Vivienne Acheampong’s Lucienne is Sandman’s trusted Librarian, the guardian of Sandman’s realm in the comics. She was once human and has decelerated aging, eidetic memory, and magical aptitude. Kirby Howell-Baptiste’s Death is the Ankh-wearing witness to all births and deaths: “Everyone visits her twice.” Death is immortal, omniscient, and omnipotent, and as such, her presence is everywhere all of the time. As Dream’s older sister, she is also his confidante.

We look forward to her banter with Tom Sturridge’s Dream and the troublemaking twins Desire (Mason Alexander Park) and Despair (Donna Preston). If the show stays faithful to the graphic novels, then Rose Walker (Ra) and her grandmother Unity Kincaid (Young) will be two of the most exciting characters in the series. They both are humans who also possess powers of dream manipulation and are the only threat to Sandman’s realm in existence. 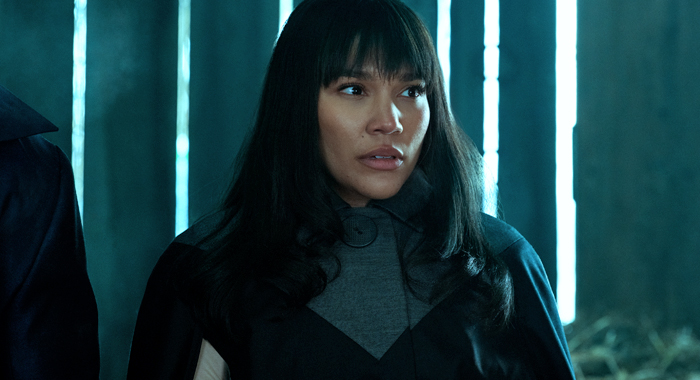 Why we’re excited: Seasons 1 and 2 of the show followed the graphic novel series The Umbrella Academy by Gerard Way and Gabriel Bá pretty closely. The storyline explored the characters’ origin stories and their quirky chemistry as they tried to save the universe. Although the adopted sibling’s powers are pretty intense, Allison’s (Emmy Raver-Lampman) verbal powers of manipulation are so dangerous that she rarely uses them. With a whisper, she can change the way someone thinks forever. Season 2 threw all siblings into different timelines to fend for themselves, and when they finally all returned home, they realized that they’d created a completely different timeline in which their father is alive, their deceased sibling Ben is alive, and the Umbrella Academy itself is no more. In its place is The Sparrow Academy, of which colossus Marcus is the leader. We can’t wait to meet him and see what his powers are.