6 Times Superhero TV Got It Wrong

Plot misfires are one thing comic book superheroes on TV aren't immune to.

While the current age of TV superheroes features a lot of bold choices, inventive remixes of comic book mythology, and respectful adherence to the primary sources, not every choice can be a winner. In the last 20 years, in fact, a few series have made amazing blunders as super-powered people became ubiquitous on television. From one of Smallville‘s key creative decisions in 2001 to the execution of Marvel’s Inhumans, the following five examples prove there is still a margin of error when bringing superheroes to the small screen.

6. Smallville Maintaining the “No Tights, No Flights” Rule to the Bitter End 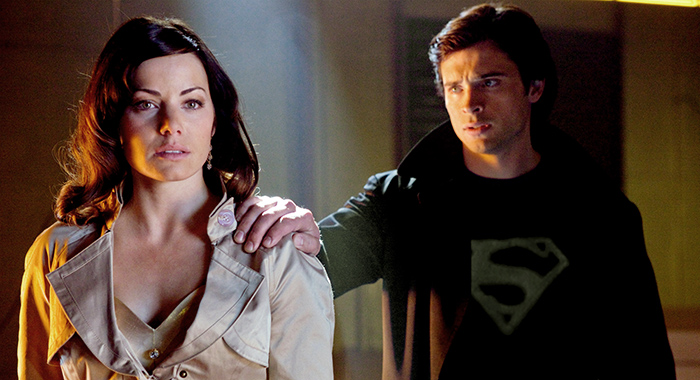 When Smallville began its 10-year run in 2001, executive producers and developers Alfred Gough and Miles Millar chose a bold way to set the series apart from previous TV treatments of Clark Kent. The concept was laid out in four words: “No Tights, No Flights.” Clark (Tom Welling) would come into his powers gradually with Superman’s marquee characteristics reserved for a then-hypothetical final episode. Gough and Miller left the series in 2008, but successive creative teams, including final showrunners Kelly Souders and Brian Petersen, respected the rule. Or, at least, they tried to bend it as far as it could go. Clark would occasionally jump across tall buildings, flirt with various proto-costumes and, eventually, received Superman’s costume as a final gift from Jor-El (Terence Stamp). Although, the disembodied character put the costume on ice until Clark was deemed worthy.

Sadly, when Clark’s brief appearance as Superman occurred in the series finale, it was realized with a CGI Superman flying next to a plane and a very tight close-up on Welling’s face, barely registering that he was wearing Brandon Routh’s Superman Returns supersuit. Fans who stuck with the show to the end hoped there would be more Superman than this. Indeed, even Welling had hoped to be seen as Superman for longer. His 10-year devotion to the part when the rest of the original cast — even Chloe (Allison Mack) was part-time at the end — had long since departed certainly warranted at least one full episode flying in the tights. While some may credit the show with maintaining its original conceit, others see it as a slight to its star. 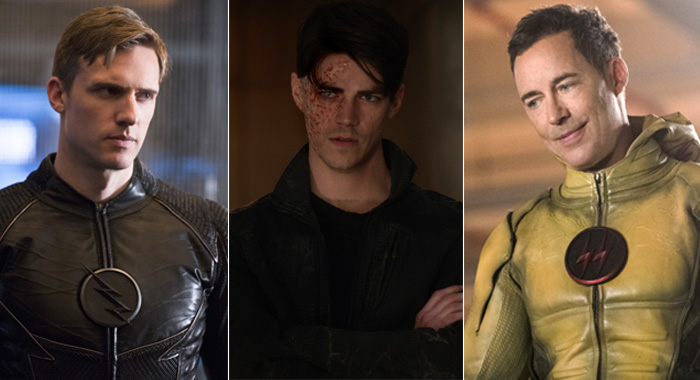 While the current season of The Flash attempts to break the pattern, it is very easy to joke about the show’s reliance of speedster villains and Barry’s (Grant Gustin) need to “run faster” to stop them. It began with Reverse-Flash (Tom Cavanagh — pictured above right — and Matt Letscher), Barry’s biggest and most twisted 25th century fan, whose devotion led him to becoming The Flash’s greatest enemy. Though, for the season he was on the show, he was disguised as Barry’s trusted mentor. But erasing him from the timestream opened a breach allowing Zoom (Teddy Sears, pictured above left), the evil speedster of Earth-2 to cause havoc on Earth-1. For the first half of the second season, of course, he was disguised as Barry’s new trusted mentor. Then came Savitar (Gustin, pictured above center), who appeared after Barry attempted to undo his parents’ murders. For variety, he was not Barry’s trusted mentor, but a time-fragment of Barry’s own twisted future. Nonetheless, he shared the same goals as his villainous predecessors: get Barry to run really, really fast.

In each case, the speedster villain needed Barry’s speed to accentuate their own power for their own fiendish ends. For Reverse-Flash, it was to get to his home-century. For Zoom, it was to become the fastest being in the Multiverse. For Savitar, it was freedom. And in each of their run-ins with The Flash, they all offered Barry a critical understanding of his power and his connection to the Speed Force. Which, when you look at them all together, feels quite repetitive. Clifford DeVoe (various actors), based on the comic book villain The Thinker, was intended as a new kind of villain: one who could think quicker than the Fastest Man Alive. In the early part of the season, it felt fresh and different but, it seems he still needs Barry’s power to accentuate his master plan. Maybe bringing in the Turtle as Barry’s primary foe isn’t such a jokey idea anymore. 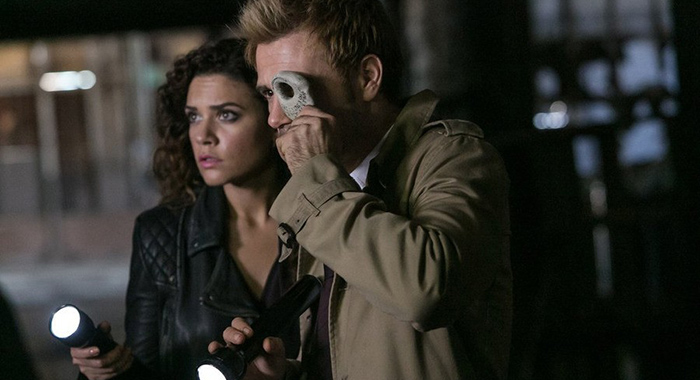 Though the John Constantine of comic book past often called on the assistance of cab driver Chaz — and gave future magician Tim Hunter a tour of the DC Universe’s mystical alleys — he has never been one to have a full-fledged Robin the Boy Wizard Wonder to his Magic Man adventures. But for the 2014 NBC series Constantine, an attempt was made to give Constantine (Matt Ryan) a sidekick in the form of Zed (Angelica Celaya), a psychic who could point John in the direction of his next case and took issue with the man’s reticence to get emotionally involved.

The impulse is understandable and borrowed for that other famous British adventurer with a long coat: The Doctor of Doctor Who. John (or The Doctor) is what a writing staff might call “the Other” — an mystery figure audiences may have trouble empathizing with. So he (or she) needs a conventional human person to ask questions the audience might ask of the strange and enigmatic lead.

Unfortunately, Zed came saddled with an ability (and sub-abilities) herself, making her part “other” and part companion (in the Doctor Who sense). Also, the writing and Celaya’s performance made her harder to empathize with than John, which was a colossal misread of what makes him interesting in the comics. Zed may not be the reason NBC chose to cancel the series — ultimately, it was an ill-fit for the network of Law & Order and the Chicago shows — but Ryan subsequently proved on Arrow and DC’s Legends of Tomorrow that he doesn’t really need a sidekick. 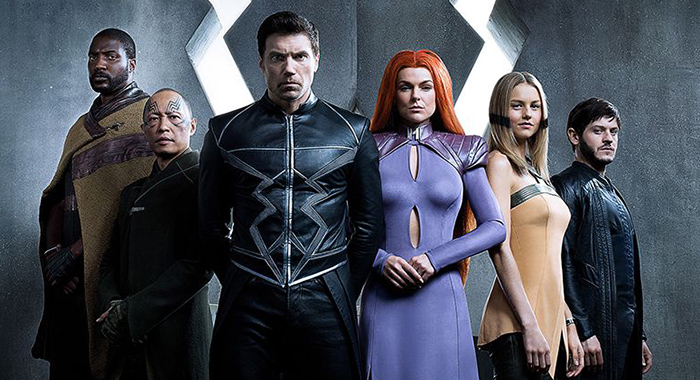 From the moment the first cast photo emerged in summer 2017, many fans of Marvel’s Inhumans in the comic world could feel something was amiss. Black Bolt (Anson Mount) was maskless, Medusa’s wig (Serinda Swan) was quite noticeable, Gorgon (Eme Ikwuakor) was wearing boots instead of sporting hooves, and family bulldog Lockjaw was nowhere to be seen. ABC quickly clarified the latter would appear, but the cracks became apparent as the IMAX release of the pilot episodes was announced and a trailer emerged. Between cheap-looking sets, strange costume choices, and a tone so incorrect it was apparent from a 30-second clip, people began to suspect Inhumans might follow Iron Fist as a rare, but notable Marvel TV misfire.

When the show finally aired, it had a major conceptual problem: the Inhuman Royal Family looked laughable in costume and as the protagonists. They were blind to a class struggle many American viewers sympathize with. Principal villain Maximus (Iwan Rheon) voiced sensible criticisms of the monarchy, making the show’s central conflict a muddle while he had to become increasingly cartoonist to defuse the validity of his points. Rushing to get the protagonists out of the dodgy sets and onto practical Hawaiian locales, the first episodes failed to establish the Royal Family as characters worth investing in. Sadly, the show never recovered from its initial flaws despite a few signs of life and solid performances from Swan and Ikwuakor. The end result was a lackluster program that felt more like a contractual obligation than a cornerstone of Marvel’s media strategy. 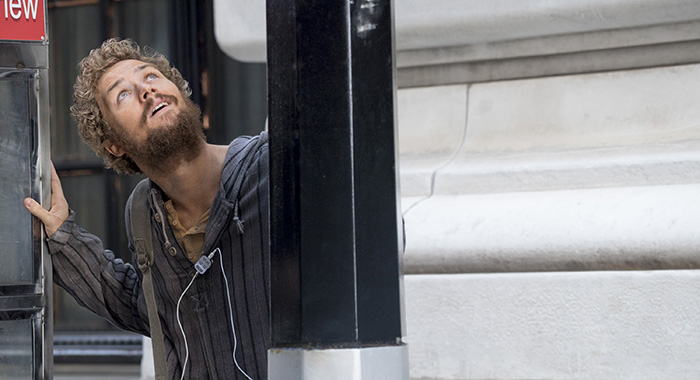 Like Inhumans, Iron Fist felt more like an obligation than a project anyone really wanted to see realized. Considering the same principal creative force was involved, that may not be an accident. A string of apparent delays tied to the development of The Defenders meant Finn Jones was cast well after his fellow three Defenders had made lasting impressions; in fact, Jones never met with Luke Cage star Mike Colter until a Defenders table read.

But beyond chemistry issues for the larger Marvel-Netflix scheme, Iron Fist was plagued with internal story issues, a lack of convincing fight scenes, and the perception that keeping the white Danny Rand as the Immortal Iron Fist reflected a larger myopia on the part of the series’ creative direction. And thanks to Jones’ late arrival, he was never able to prepare for the fight scenes or give Danny enough of a soul to not feel like a spoiled rich kid who likes Outkast way too much. While the end product produced strong performances by Tom Pelphrey as broken, but recovering rich kid Ward Meecham and Jessica Henwick as martial arts trainer Colleen Wing, the first season of Iron Fist failed in its main goal: making you care about Danny Rand. 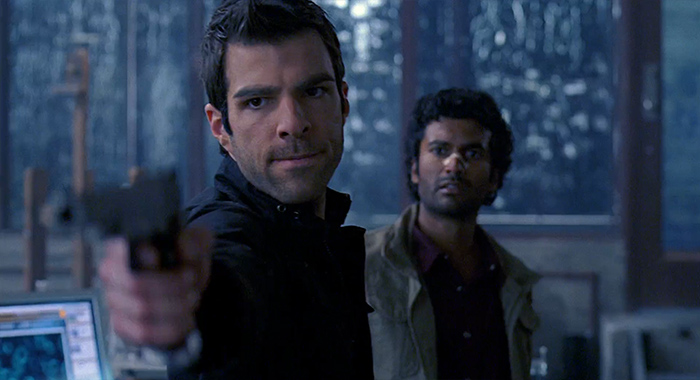 Heroes was a sensation when it debuted in 2007. Between its TV-friendly concept of ordinary people discovering they have extraordinary abilities and clever marketing slogans like “Save the Cheerleader, Save the World,” it offered a road map for the superhero TV era to come. And as each episode in its first season aired, the key characters inched ever closer to meeting one another and becoming some sort of super team to fight Sylar (Zachary Quinto), the power-stealing serial killer who could, in fact, kill the cheerleader, Claire (Hayden Panettiere), and precipitate an apocalypse. The whole thing worked and the show became a success for NBC and creator Tim Kring. But Kring derived the wrong lesson from the first season, deciding the premise and not the character momentum was what people wanted. Consequently, he choose to repeat the program’s initial idea in its second season.

The new season began with Maya (Dania Ramirez) and her brother Alejandro (Shalim Ortiz) fleeing a Central American country because of their powers, the nascent superteam from the first season scattered to the four winds, and Sylar on the loose again. Also, nominal lead hero Peter Petrelli (Milo Ventimiglia) was given another vision of a post-apocalyptic hellscape to worry about. Risky choices with a writer’s strike looming. But Kring claimed in 2008 that he always saw Heroes as more of an anthology series with the continuing stories for Peter and Claire acting as a compromise with the network.

The second season suspended production during the 2008 writer’s strike, and when the show returned for season 3, it abandoned most of its current story lines, leaving Peter’s girlfriend orphaned in an alternate future, for example. The goodwill accrued during its first year was lost even as it hobbled into a fourth season and a short-lived 2015 revival, Heroes Reborn. Ultimately, believing the audience only wanted to see stories of people discovering their powers doomed the series, leaving it a curious footnote in the annals of superhero television history.