On the 20th anniversary of the release of The Fellowship of the Ring, we look back at the legacy of Peter Jackson's celebrated fantasy epic.

Before Marvel and superheroes dominated pop culture and the moviegoing calendar, before a movie about a woman who falls in love with a fish man was able to win Best Picture, before it became common to hand multi-million-dollar tentpole movies to indie filmmakers, there was Peter Jackson’s adaptation of J. R. R. Tolkien’s The Lord of the Rings.

Shot back-to-back-to-back, featuring a cast mostly of unknowns, the films remain one of the most beloved trilogies ever made, a tale of good versus evil that is full of doom and violence but remains hopeful and optimistic, with incredible battle sequences and intimate character moments, made with groundbreaking practical and visual effects. For the 20th anniversary of the first film in the trilogy, The Fellowship of the Ring, we’re leaving our second breakfast behind, exiting our hobbit hole, and simply walking into Mordor while we revisit the ways The Lord of the Rings trilogy changed blockbuster cinema forever.

Despite the Size of the Production, It Feels Personal and Isn’t Afraid to Get Weird

Before The Lord of the Rings, Peter Jackson was known in small horror circles for his weird, violent, gory movies that had earned him a cult following. His only previous Hollywood movie, The Frighteners, remains a horror-comedy gem, but one that never really broke big despite its stellar cast.

Having Jackson handle an epic adaptation with a multi-million-dollar budget was a huge risk, but today, recruiting indie filmmakers to tackle big tentpole blockbusters is commonplace, with everyone from Chloé Zhao and Matt Reeves to James Gunn and Colin Trevorrow making similar jumps. And yet, what makes LotR so special is the fact that, despite the big production effort, it still feels like a Peter Jackson film through and through. For one, Jackson infuses the trilogy with moments of sheer horror that reflect the filmmaker’s roots, whether it’s a fight against a giant spider or the grotesque designs of the orcs and Uruk-hai. In The Fellowship of the Ring alone, Jackson puts the audience in a constant state of terror in the first half, making viewers identify with the hobbits who venture out into a dangerous world for the first time and encounter unspeakable horrors like the Nazgûl, who are shot mostly in extreme closeups like the most iconic horror monsters, and the giant Watcher in the Water creature outside of the Mines of Moria. 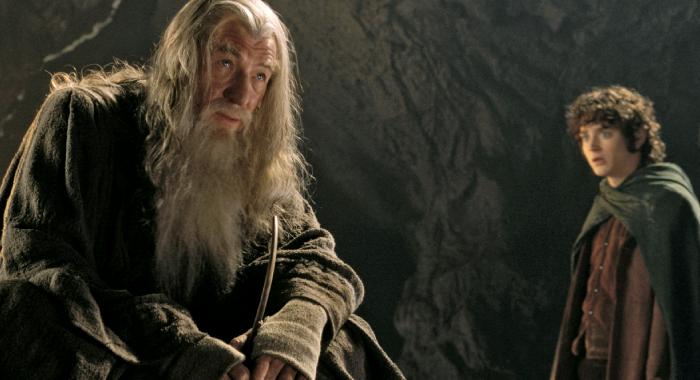 Back in 1998, Jackson told the Los Angeles Times about his goal of “nailing fantasy” with the trilogy, of making a genre Lawrence of Arabia. That last part is key to understanding what makes The Lord of the Rings so special. Sure, there are dozens of characters, just as many locations, and a sprawling story that encompasses an entire continent, with tens of thousands of soldiers fighting in epic battles, but the films remain grounded in the more personal stories. For one, Fellowship casts Shakespearean actors like Ian McKellen and Ian Holm, who lend a sense of gravitas that grounds the more fantastical parts of the film. Likewise, even during the bigger battle sequences, Jackson never loses sight of the characters we care about, whether it’s Legolas and Gimli engaging in a friendly contest, or Pippin desperately looking for Merry after a battle to make sure he’s alive. The fights are cool, yes, but they make an impact because we care about the personal stakes.

To emphasize this, Jackson shoots the action like it was a war drama akin to Saving Private Ryan, with extreme close-ups and handheld camera work that makes the action feel closer and more disjointed, bringing forth the messiness, the dirt, the chaos. This isn’t mere spectacle for spectacle’s sake; this is cost of survival, a horrific experience that forever changes our characters even if it still looks exciting. It’s no surprise, then, that Jackson would go on to direct the World War I documentary They Shall Not Grow Old to widespread acclaim.

Before James Cameron made us believe in a world full of digital blue aliens and superhero movies began using CG in place of body doubles, there was Gollum. Sure, there had been a couple of fully digital characters before, but none of them managed to appear as realistic and human as Andy Serkis’ Gollum, arguably the most essential character of the trilogy and one of its biggest contributions to cinema. A perfect mix of technical wizardry and human touch, it’s the small imperfections, the eye twitches, the scars, that make us believe Gollum is as real as Frodo or Sam.

And the trilogy’s groundbreaking visual effects don’t stop there. They also gave us the “Massive” software that made it possible to render entire armies of thousands of people fighting, with AI making each individual soldier act independent of one another. The Battle of Helm’s Deep wouldn’t be what it is without it, as it allowed a few dozen actors to become tens of thousands, resulting in one of the most epic and memorable battles in cinema history, and it still holds up now as it did 19 years ago. The software would go on to be used to bring fight scenes to life in projects like Game of Thrones and Avengers: Endgame.

Its Practical Effects and Production Design Were Just as Impressive 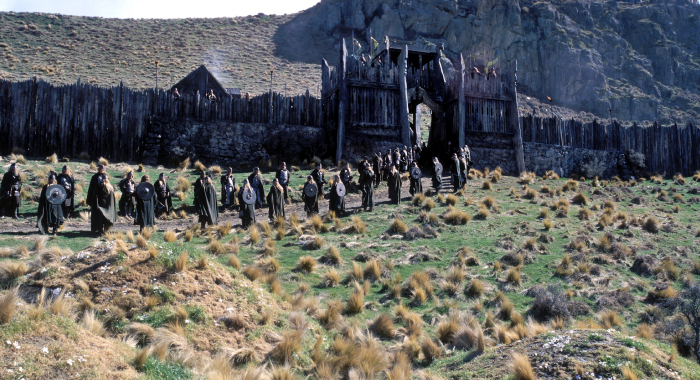 As impressive as the trilogy’s visual effects are, the films didn’t solely rely on them. Just as impressive are the practical effects that made the world of Middle-earth a tactile, tangible place that felt lived-in and real. Miniatures and bigatures brought impossible structures to life, making us think Gondor or Barad-dûr could be real places in the world, while the use of forced perspective and body doubles made it possible for hobbits and dwarves to stand alongside humans and wizards.

Likewise, the use of giant, real sets, detailed costumes and make-up, as well as hundreds of sets of armor make it feel like the orcs could actually exist, that these were real creatures living, breathing, and fighting on camera, rather than digital creations without any weight to them.

It Broke Through the Genre Ceiling at the Oscars 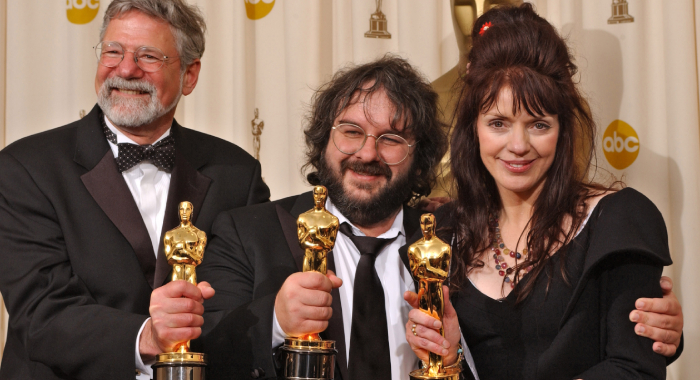 Jackson set out to break new ground for fantasy storytelling in cinema, believing that the genre was missing what musicals or horror movies had achieved in the past, and he more than succeeded. Before The Lord of the Rings, there had been successful fantasy films, yes, but none reached the level of acclaim typically reserved for “proper” or “serious” cinema; think biblical epics like Ben-Hur or The Ten Commandments, or war films like Apocalypse Now. Jackson made a straight-faced fantasy trilogy with wide appeal that took itself and the audience seriously, and it managed to do so on an epic Lawrence of Arabia scale, rather than the small budgets fantasy films were typically granted.

The result shook the industry. For one, it proved that even so-called “unfilmable” works could be successfully adapted, heralding two decades of movies like Cloud Atlas, Watchmen, and more recently, Dune. Then there was the Oscars. Even before The Return of the King matched the record for most wins, The Fellowship of the Ring broke the genre ceiling with 13 Academy Award nominations of its own, a rare feat for a genre film, let alone a fantasy.

Since then, it has become commonplace for genre films to receive budgets of hundreds of millions of dollars. Fantasy is no longer a niche market, but a genre that wins awards, influences filmmaking, and becomes appointment television viewing even as streaming continues to rise. Since The Lord of the Rings, we’ve seen Game of Thrones hook the entire world on a TV series about politics, sex, and dragons, and now shows like Shadow and Bone, The Witcher, and Wheel of Time are keeping the torch lit while we patiently anticipate the return to Middle-earth with the upcoming Amazon series set to debut in 2022. Even 20 years later, the tremendous impact of The Fellowship of the Ring and the Lord of the Rings trilogy is evident in every corner of pop culture.

The Lord of the Rings: The Fellowship of the Ring was released on December 19, 2001.