5 Things To Know About the Animaniacs Revival

Brand-new songs, even more politics, and — is that a COVID joke? The talent behind the new Hulu series give us the scoop.

When Animaniacs premiered in 1993, it came in at a new golden age for animation. Gone were the toy-commercials-turned-cartoons of the ’80s, and in came comedy shows with memorable characters and enough chaotic energy to anger absolutely everyone, while also making them laugh hysterically.

From a sax-playing Bill Clinton, to stars of the classic studio era of Hollywood, to Saddam Hussein, to Goodfellas, nothing and no one was above parody for the Warner brothers, and the Warner sister, Dot. For five seasons and 99 episodes, Animaniacs captured the look and feel of the classic Looney Tunes cartoons while updating the references for ’90s audiences, all while influencing them with memorable, catchy tunes like the unforgettable “Yakko’s World.” 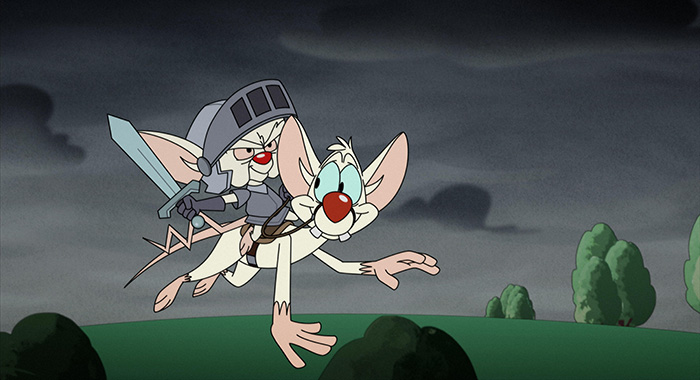 It’s been 22 years, and the Warner siblings are back, along with Pinky and the Brain, for brand-new episodes at Hulu. The new episodes pick up exactly where we left off in 1998, giving the show’s creatives two decades worth of pop culture and political references to satirize.

But how did Animaniacs rise to the wackiness of 2020 while remaining the zany-to-the-max show audiences loved 22 years ago? And what can we expect of the new songs? The cast and creators behind Hulu’s Animaniacs revival spoke with Rotten Tomatoes to tease all the totally insane-y things we can expect from the show.

Executive Producer Steven Spielberg, who also produced the original Animaniacs and was involved in every aspect of production, returns for the revival. Wellesley Wild, one of the two new showrunners, told Rotten Tomatoes that the new episodes are very much the brainchild of Spielberg, who gets an appearance in the very first of the new episodes with a Jurassic Park parody.

“Steven really wanted to set the show in the right direction from the start,” Wild explained. “He really had a specific vision for the show in mind, and we tried to realize what he had in his head, to imbue the show with the balance of cartoon violence, satire, and meta-humor from the original episodes.”

2. It’s Just Like You Remember, But With Some Updates 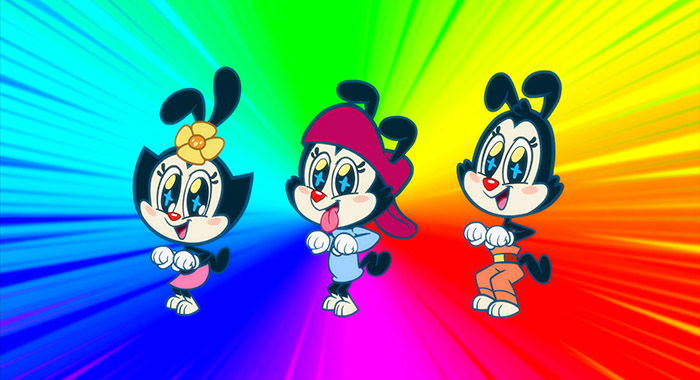 A lot has changed in animation over the past 22 years. Not only in the way shows are made, but also in what they do and say. Animaniacs is no longer the only comedy with meta-humor in a world with Community or Adventure Time. So there’s a lot riding on the new episodes to feel both like the originals, while also doing something that contemporary cartoons aren’t doing, and co-showrunner Gabe Swarr knows this.

“In the olden days they used different animation studios for different episodes,” Swarr said. “So we contacted one of them directly and asked how they went about it and really leaned into the way they animated the characters.”

“Adhering and staying as close as possible to the original and only changing what was necessary to bring it up to date was the number one goal,” Wild added. “We’re obviously pulling from more relevant social commentary and cultural events; for example, Dot flexes her feminist muscles a little more in the revival than she did in the original, and she’s sort of a more assertive character.”

3. It’s Like No Time Has Passed for the Cast 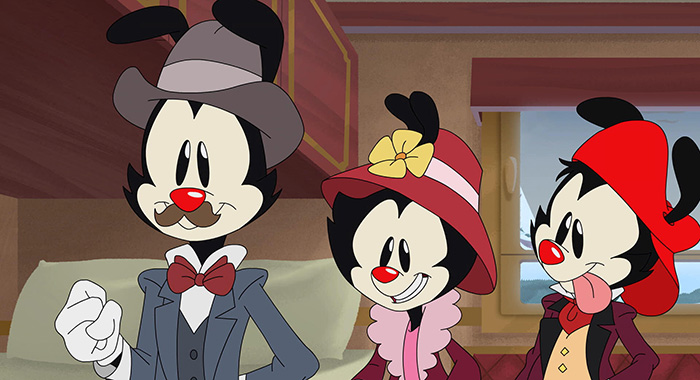 Though Animaniacs has new writers and showrunners, the main cast remains the same, with Rob Paulsen, Jess Harnell, Tress MacNeille, and Maurice LaMarche returning as Yakko (and Pinky), Wakko, Dot (and Brain), respectively.

Though the show has been off the air for 22 years, the cast has never been as ready to return to being zany.

“It was like putting on a favorite pair of pants,” LaMarche said. “It was great, man. Literally falling back into something we’ve loved all these years and nobody needed any reminders. It was just like getting the band back together.”

Harnell agreed: “The thing is that we’ve been doing the Comic-Con circuit for at least 10 years, and we do script readings where people want to interact with us as Pinky and the Brain, or Wakko the Great Wakkorotti. Those muscles have been kept in shape for a decade at least, just waiting to be brought out into actual animated cells.” 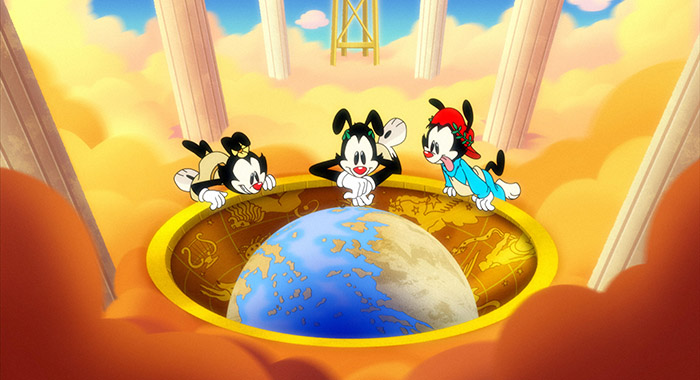 One of the most memorable aspects of Animaniacs is its music, particularly its songs. What other show is able to make a song rhyming every word in the dictionary, or every U.S. President until Clinton? So expectations are high for the new songwriter team to stand out at a time where animated shows with musical numbers are not a rarity anymore. Still, there may be a few surprises up the show’s sleeve.

“There are so many new genres that have become popular since the show ended in the late nineties,” Wild said. “So we’re using K-pop, reggaeton, and just about everything in the new episodes.”

“Without giving too much away, I can say that we did a really amazing parody of one of my all-time favorite Broadway musicals,” Harnell said.

Animaniacs has always maintained a balance between modern references and obscure, classic-Hollywood references, so to have a song parody the 1959 William Castle horror film The Tingler is a good sign for fans of the original episodes.

“There is an episode in which Dr. Scratchansniff sings a song about the Tickler, who’s like this scary thing like the Tingler,” Paulsen said.

5. One Joke Was Changed Because of the Pandemic 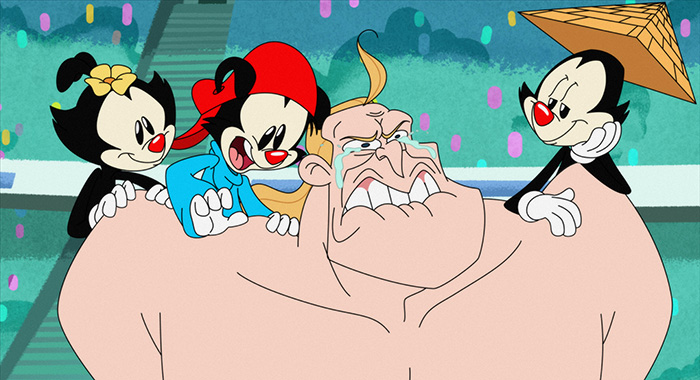 Though Animaniacs prides itself on speaking about current issues, animation takes a long time to be produced. The first of the new episodes even comments on the lag and includes a segment in which the Warner siblings try to predict what happened between 2018 (when the episode was written) and 2020; of course, no one could’ve predicted the events of this extraordinary year, which posed a challenge for the writers.

“When we started in 2018, we went through the calendar of events coming up and wrote in the ones that would feel topical,” Wild explained. “We have a segment all about the Olympics, but now there’s no Olympics due to COVID. As a show that prides itself on social commentary, we have to speak to the cultural realities we’re given. The inelegant social experiment we’re living through now, we couldn’t see coming.”

Wild also teased one small change that was made in light of the pandemic.

“We had to kill a few jokes that weren’t about COVID, but about illness in general. There was one where Dr. Scratchansniff gets really sick, and it looks like he had a virus, and we had to change it to make it more silly. Gabe put like polka dots on him to make it different.”