In 1998, Jackie Chan and Chris Tucker teamed up for an action-comedy that would stand the test of time... and help launch a certain movie review website. 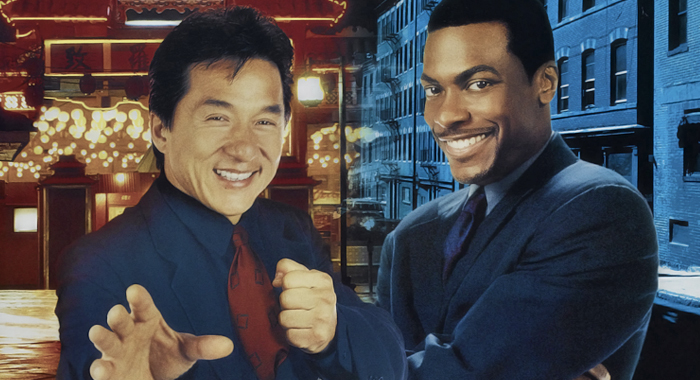 Way back in 1998, Jackie Chan was a big star in Hong Kong and well known to martial arts aficionados around the world, while Chris Tucker was an up-and-coming stand-up comic who had begun to make a name for himself in an eclectic string of independent productions. The two of them were brought together for a little action-comedy called Rush Hour, which opened on September 18, 1998, and one of the most memorable buddy-cop duos ever was born.

The film centers on the retrieval of a Chinese consul’s kidnapped daughter and stars Tucker as a fast-talking LAPD detective who’s tasked with the demeaning job of keeping Chan’s Hong Kong inspector out of the FBI’s hair during the investigation. Of course, the two cops dislike each other at first, but eventually find common ground and work together to rescue the missing girl and close the case.

It’s pretty standard fare for the genre, which by then had already given us iconic pairs like Lethal Weapon‘s Riggs and Murtaugh and Beverly Hills Cop‘s Axel Foley and Billy Rosewood, and the film itself isn’t perfect — cultural stereotypes abound, and a shadow hangs over the whole production in the form of recently #MeToo-ed director Brett Ratner. So what makes it so special, and why does it hold up to the umpteenth rewatch? We’ve got some ideas.

IT TURNED JACKIE CHAN INTO A HOLLYWOOD STAR

A good chunk of American moviegoers got their first taste of Jackie Chan in 1996, two years before Rush Hour, when Rumble in the Bronx made its way stateside after its theatrical run in Hong kong and kicked off a new wave of martial arts mania in Hollywood. What many of them likely didn’t know was that he technically made his Hollywood debut trying to bear-hug Bruce Lee in the seminal 1973 masterpiece Enter the Dragon (spoiler: bad idea). That film’s director, Robert Clouse, tried to make Chan a star in his own right with 1980’s The Big Brawl, but it flopped, as did another attempt five years later called The Protector. Frustrated by his lack of success breaking into the American market, Jackie went back to Hong Kong, where he continued to make a ton of kickass martial arts comedies. Seriously, if you haven’t seen any of the Project A, Armour of God, or early Police Story movies, you need to get on that ASAP.

The success of Rumble in the Bronx gave Hollywood producers faith that audiences were finally ready to embrace Jackie Chan as a star – moreover, that they were hungry for it – so they smartly locked him down for a buddy-cop flick that played to his strengths: action and comedy. The genre was ripe for a new twist, and Chan’s clever fight choreography and high-flying stuntwork proved irresistible. Rush Hour went on to become his first film to gross over $100 million and helped solidify his status as one of the world’s most exciting, most recognizable big screen heroes.

IT EFFECTIVELY HARNESSED THE POWER OF PEAK CHRIS TUCKER

By the time 1998 rolled around, Chris Tucker had already scored a breakout performance in hit comedy Friday, a scene-stealing appearance in Luc Besson’s The Fifth Element, and a memorable cameo in Quentin Tarantino’s Jackie Brown, as well as a starring role in Money Talks, the feature debut of Rush Hour director Brett Ratner. While the latter wasn’t particularly well-received, the first three were all sleeper hits, and Tucker was in his prime. Rush Hour came along at just the right moment to take full advantage of his unique brand of humor, and it’s difficult to imagine anyone else who could have taken his place.

While Jackie Chan gets most of his laughs in the film through his trademark physical comedy, Tucker’s reckless cockiness, carefree lack of tact, and uncanny way with words provide some of its funniest and most quotable moments. For a variety of reasons, Tucker hasn’t been particularly active in the decades since the film’s release, but the Rush Hour franchise consistently made good use of his talents – and paid him well for it – so it’s not surprising it’s the one property he was happy to return to time and again. When you find a formula that works, you stick with it. And speaking of which…

THE BROMANCE ON SCREEN WAS REAL

Jackie Chan got something of a rare opportunity to play essentially the straight man for once, while Chris Tucker was given free rein to be, well, Chris Tucker. It’s not immediately obvious how that combination must have looked on paper, but we’re glad somebody saw the genius in it. Tucker’s irrepressible manic energy, rapid-fire line delivery, and piercing, high-pitched voice proved to be the perfect foil to Chan’s initially dismissive but increasingly conciliatory demeanor – and all this even before considering the cultural differences between a smooth-talker from urban Los Angeles and a straight-laced supercop from Hong Kong. It’s familiar stuff, sure, but also exceedingly effective in this context, and it only works as well as it does because Chan and Tucker are who they are.

Outside of these well-deployed tropes, you can tell Chan and Tucker are just having a blast with each other, too. It’s no secret that Chan has previously explained he wasn’t a huge fan of Rush Hour partially because he didn’t quite get the humor, but that doesn’t mean he didn’t have great chemistry with Tucker, and Chan himself has talked about the bond that formed between them. The film wouldn’t have worked otherwise. If you weren’t convinced by the performances in the film, watch the end-credits bloopers, specifically for the impromptu dance number in the middle of the Foo Chow restaurant fight and Tucker’s failure to speak a Chinese phrase. That’s a bromance if we’ve ever seen one.

CHAN AND TUCKER WERE ALSO A GROUNDBREAKING DUO

To be fair, Chan and Tucker weren’t the first pair of minority buddy cops to headline a major studio comedy; it wasn’t even the first time we saw an Asian actor as one of the leads. 1995’s fan-favorite Bad Boys featured Will Smith and Martin Lawrence, and Pat “Mr. Miyagi” Morita starred opposite Jay Leno in 1989’s Collision Course. Rush Hour was, however, the first – and, so far, the only – time we saw a black detective team up with an Asian one, and Chan’s role remains one of the highest-profile primary Asian leads in a major Hollywood film franchise. In an era when talks of representation and diversity dominate the media landscape, it’s easy to forget how impactful this kind of casting was in 1998. 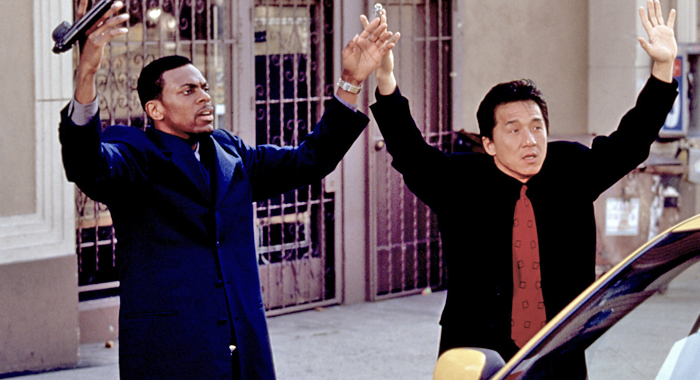 Shameless plug? Maybe, but we have to admit we owe a small debt to Rush Hour. Senh Duong, the creator of Rotten Tomatoes, had been a huge Jackie Chan fan since high school, and the idea for RT came to him after he joined the workforce. The primary catalyst was that he wanted to find reviews of the Hong Kong films of Jackie Chan that he loved so much. That was back during the summer of 1998.

Then, as the planned release of Rush Hour, Chan’s first major Hollywood crossover, drew near in August of that year, Senh saw the perfect opportunity to launch the new venture, so he hunkered down for two weeks and coded the very first version of the site. As fate would have it, the film actually got pushed back to September 18, but Senh had gotten the kick in the pants that he needed to push the site live. The rest, of course, is history. Would it all have happened anyway, even if Rush Hour hadn’t been made? We’ll never know, but we’re pretty happy with the way things turned out. 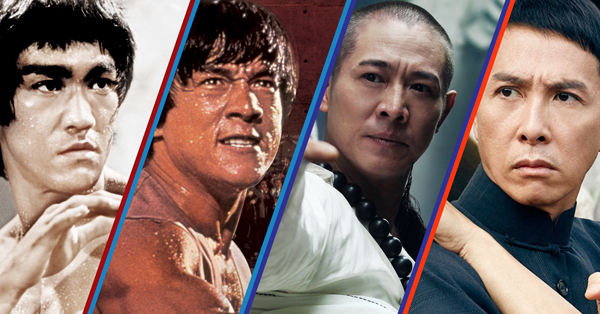 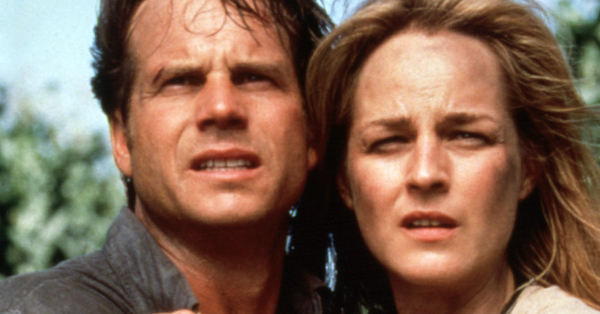