12 Things We Learned About the New 24: Legacy 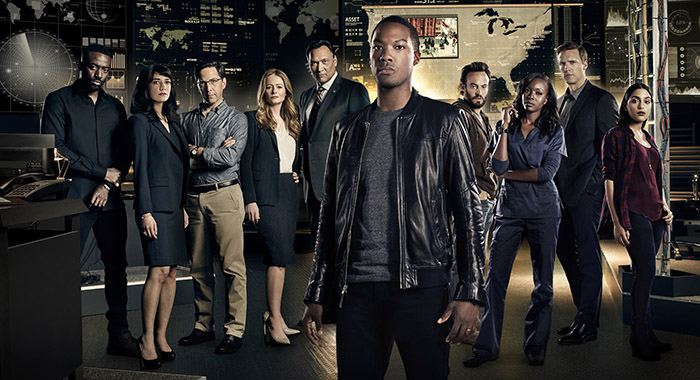 It would be tempting to list 24 things about the new 24: Legacy, but even 24 cut back to 12 episodes. Jack Bauer and Kiefer Sutherland were the backbone of 24 for eight full seasons, standalone two-hour TV movie 24: Redemption, and the limited series 24: Live Another Day.

24: Legacy is the first time the franchise has attempted a series entry with a new lead character, still in real time every hour.

Corey Hawkins plays Eric Carter, an Army Ranger living in witness protection until his cover is blown by killers. He escapes and turns to CTU for help, while CTU itself faces a handover in management and a new presidential candidate (Jimmy Smits) begins a day of campaigning.

Before the holidays, producers Evan Katz and Howard Gordon, along with costars Smits, Teddy Sears, and Sheila Vand shared 12 things to know about the new 12-hour Fox series 24: Legacy, which premieres after the Super Bowl.

1. THE DAY BEGINS AT NOON 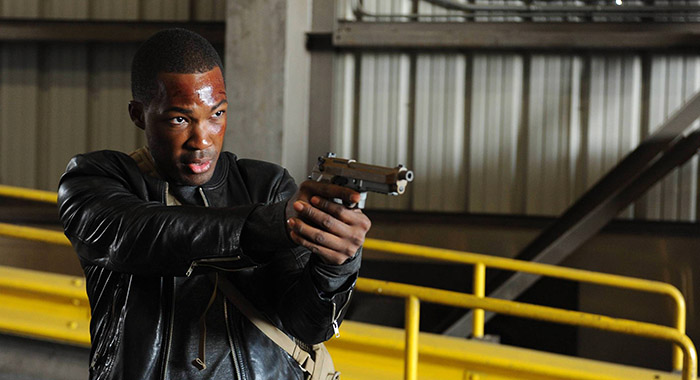 Back when 24 did 24 hours of real-time episodes, the season would begin early in the morning. Now that there are only 12 hours, 24: Legacy sleeps in, as it were. Beginning at noon allows the day to go until midnight, so the last few hours will be at night.

“Part of the fun of 24 is days and nights,” Gordon teased.

Katz added that night is integral to the final hours of the story: “There’s a couple reasons for later. We backed into it a little bit.” 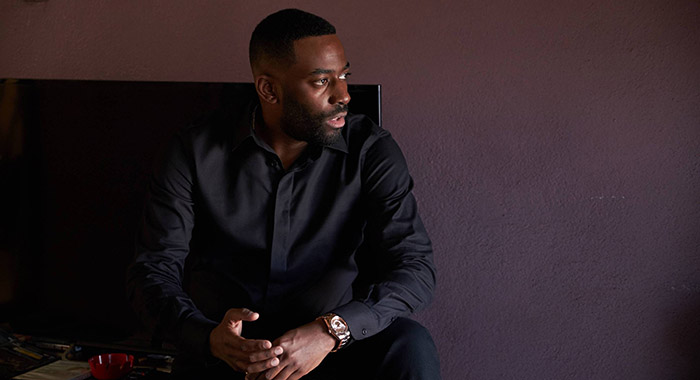 CTU and a political campaign are familiar 24 territory. Legacy introduces some new storylines. One subplot has a high school teacher and student involved in terrorism. Meanwhile, Eric turns to his brother Isaac (Ashley Thomas), a drug dealer and gang leader, for help.

“Carter’s drug-dealer brother, the school and the idea that his character is not a CTU agent, he’s a soldier that’s dragged into it,” Katz said. “You think about how different that is from where the original series started. It’s a young man with a very optimistic, aspirational point in life who gets dragged into this. It’s so refreshing to be with somebody who’s just starting his life, just starting his family.”

3. THE PRESIDENT IS STILL A PIONEER 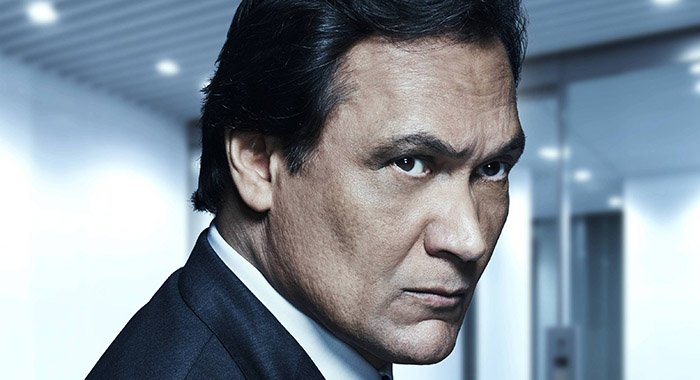 24 had black presidents in David and Wayne Palmer and a female president in Allison Taylor. Smits plays presidential candidate John Donovan, which suggests a Hispanic president is the next objective. Since his name is Donovan and Smits himself is of mixed Puerto Rican and Dutch heritage, Smits says it is more complicated than just “Latin President.”

“It’s how we address what you perceive an American to be,” Smits said. “My dynamic has to do with the way I was brought up and the things that I’ve chosen that are important to me in my life. That happens on screen when you see any particular character, so we’ll see what happens.”

4. THE STILES FAMILY IS GROWING 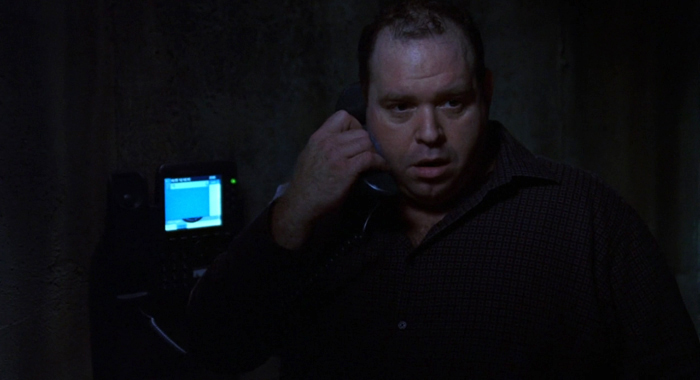 Remember Edgar Stiles (Louis Lombardi), the CTU analyst who sacrificed himself nobly in season 5? We won’t spoil it, but there is a character who references Edgar in 24: Legacy to keep his spirit alive.

“I think that’s important for the audience,” Katz said. “I think it’s important to connect the old with the new. Hopefully it does it in a way that’s not intrusive and kind of interesting. For those who know, hopefully it’s meaningful.”

5. TONY ALMEIDA’S NOT THE MAN HE USED TO BE 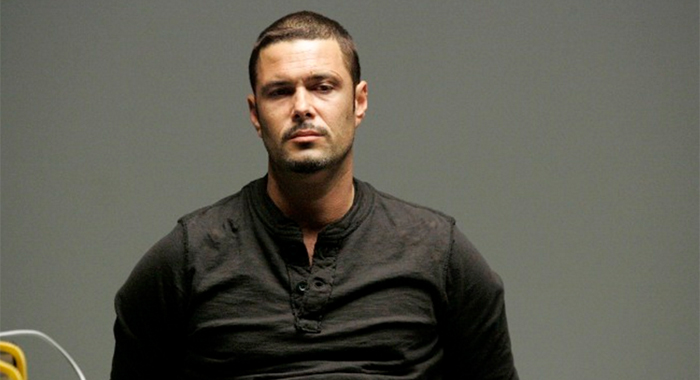 The producers announced Carlos Bernard would return as Tony Almeida. Since the previous seasons of 24 took everything away from him, brace for the Tony Almeida who appears midway through 24: Legacy.

“We left him a hollow man,” Gordon said. “A character who’s lost everything, it’s kind of hard to animate him. He’s sort of a shadow at that point. He’s kind of a hollowed out man who has no illusions about people and institutions anymore. The one thing about 24 is it’s about people losing things and trying to get them back which is kind of like life.”

6. THE DONOVAN CAMPAIGN HAS A HILLARY CLINTON CONNECTION

“She’s gotten a lot of flak for her Muslim-American background, even though she’s been in politics for 20 years,” Vand said. “We play a little bit off that situation of how you can be racially profiled when you are a Muslim American fighting for this country. When you look at Huma Abedin, she is all business all the time. You can never read her. I’m trying to create a character that can go from being totally emotional to being back to business within a couple of hours.”

7. CTU IS STILL FULL OF MOLES 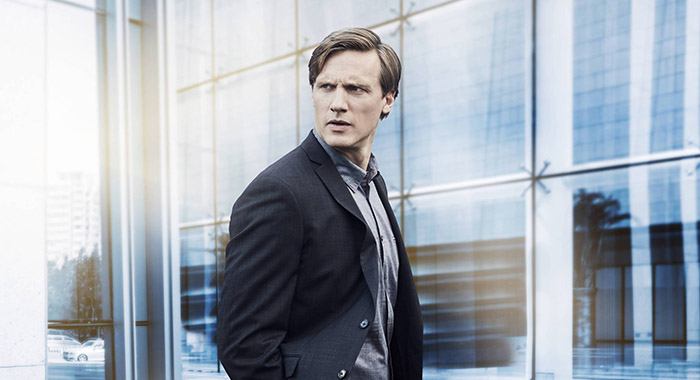 One of the reliable plot devices on 24 was the threat of a mole in CTU. The new head of CTU is Keith Mullins, played by Teddy Sears. He doesn’t know how trustworthy Mullins is yet.

“I will say I have not seen the original eighth and ninth seasons of the show,” Sears said. “I wasn’t colored by anything I’d previously seen. I was actually excited at the prospect of being a guy you’re not sure if you like or trust. I think if I had seen the original series, I probably would have stacked it up against previous directors of CTU in a bad way.”

8. THE CARTER FAMILY HAS MORE SKELETONS THAN THE BAUERS 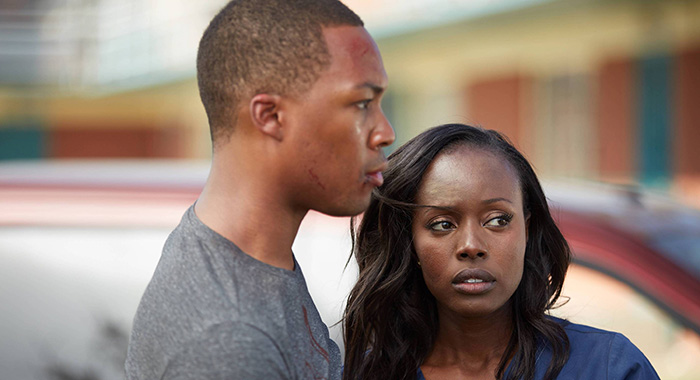 Jack Bauer eventually had torture and murder on his rap sheet by the final season, but at the beginning of 24 his only secret was having an affair with Nina Myers. Isaac and Eric have a big beef over Eric’s wife Nicole (Anna Diop), who used to be Isaac’s girlfriend. Now the Carters need Isaac’s help.

“I love brother stories,” Gordon said. “What’s really great about 24 is that you set up what you think is the premise and these relationships and the days inevitably, the pressure and the facts of the day changes everybody forever.”

9. PAY ATTENTION TO THE SPLIT SCREENS

Since 24 happens in real time, the camera never stops rolling. Scenes that may be left out of other shows appear in 4×4 boxes to help the viewer keep track of what each character is doing every minute of the hour. Smits enjoyed playing the parts of the scenes that usually don’t happen on screen.

“The split screen is one of the reasons why I did the show, because it changed the way you guys receive visual dramatic material,” Smits said. “It adds a dynamic quality at the workplace every day on set because you have to be conscious that everything that you’re doing that’s written takes place on the same day.” 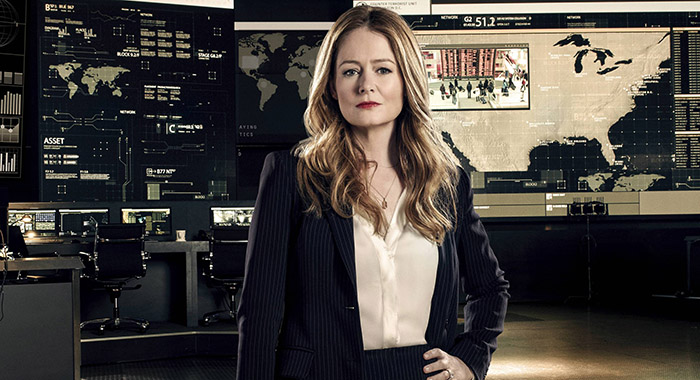 While Donovan is on the campaign, his wife Rebecca (Miranda Otto) makes one last stop into CTU. According to the rules of 24, she probably won’t be home for dinner. In the first hour, Nilaa makes a comment about Rebecca that John shoots down. Vand explained that viewers should not take that as a rivalry.

‘She makes that comment in the limo, ‘Maybe Rebecca doesn’t want to give up her career,’” Vand said. “I think the audience reads that as maybe something competitive or maybe she’s suspicious. Actually I think she respects that, and she wants to address it as a fellow powerful woman who’s very career oriented.”

11. REBECCA AND MULLINS GOT ALONG, UNTIL NOW 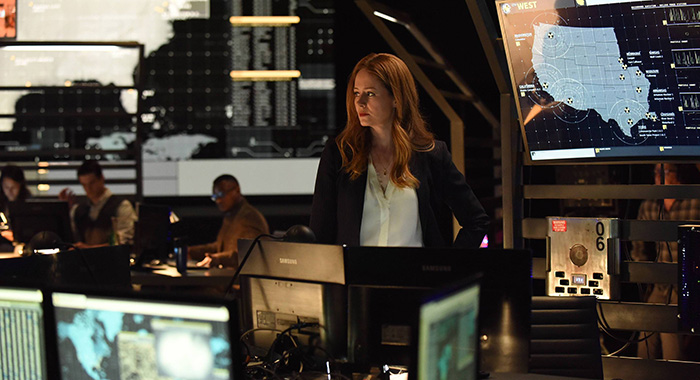 Mullins takes over as head of CTU when Rebecca retires to focus on her husband’s campaign. Presumably they got along before today, but something happens in the first hour that would make it hard for them to remain colleagues, let alone friends.

“Our idea was that she had been grooming Mullins to take over,” Sears said. “Moving forward, as we pull the thread about this guy, it certainly colors his interaction with her. That I can tell you. We’ll see in episode two, they have a face-to-face and he’s not relaxed. It’s the absolute opposite.” 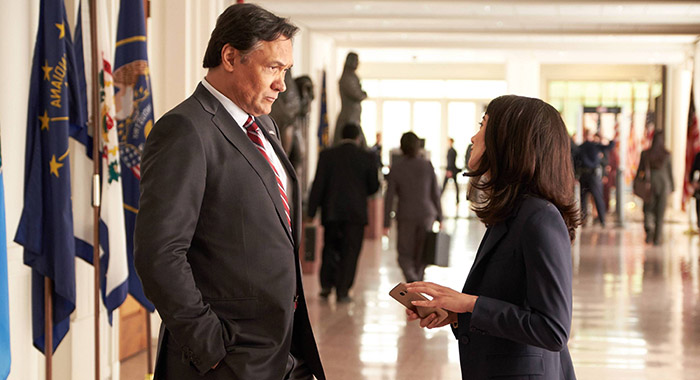 The first hour of 24: Legacy sends Eric Carter on the run, introduces new terrorists and casts paranoia over CTU. So far, Donovan and Nilaa are just getting ready for their day. Vand said the subsequent hour is when things “get crazy” for her.

“I feel like I’m the silent ninja in the pilot,” Vand said. “Starting the second episode is where things get really crazy for my character. I think you’re going to see her dealing with her own morality, her own ideas of right and wrong because she’s trying to balance that with getting him to win. So they’re going to have to do whatever it takes to protect this campaign. I think they’re going to have to find their moral compass.”

Be sure to also read our interview with the new series’ star: “Meet 24: Legacy’s New Hero Corey Hawkins — in Real Time”