12 Hints About The Last Jedi from Star Wars Celebration 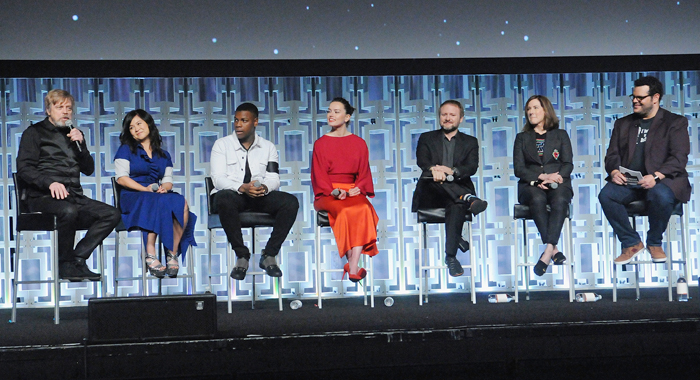 Friday morning at Star Wars Celebration in Orlando, hundreds of fans at the Galaxy Stage (and countless more online) enjoyed what may be one of the most anticipated trailers of the year. But before that trailer debuted, panel host Josh Gad spoke to director Rian Johnson, producer Kathleen Kennedy, and stars Daisy Ridley, John Boyega, Mark Hamill, and even BB-8, trying to get some hints about the film. The cast and filmmakers were predictably wary of giving too much away, with BB-8 finally reminding Gad about Non-Disclosure Agreements. But in the end, between the panelists and the trailer, Star Wars fans have some intriguing hints about The Last Jedi.

1. General Organa May Be Leading A Resistance Fleet 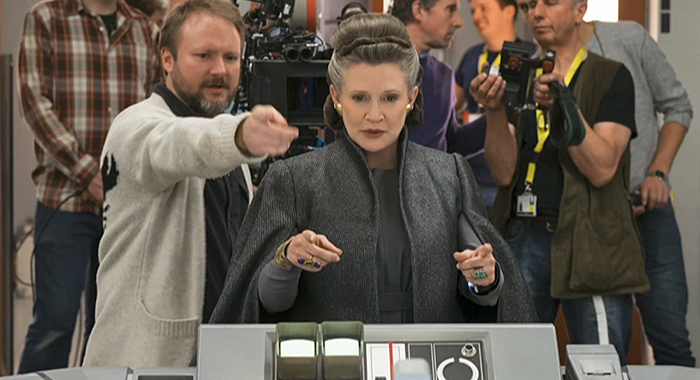 The passing of Carrie Fisher has lent a slightly melancholy air to many of the discussions at SWC, both in and out of the panels, and this panel was no exception. Rian Johnson talked about connecting with Fisher as a fellow writer and shared about having long, philosophical discussions at her home that would get distilled into specific lines in the script. As Johnson spoke, we saw Fisher as General Organa at what looks like the bridge of a starship, and in the trailer, we see a fleet of ships that look like updated versions of the Rebellion’s Nebulon-B frigate. So it’s probably a safe bet that Organa is commanding that fleet.

2. Rey and Luke May Mirror Luke and Yoda 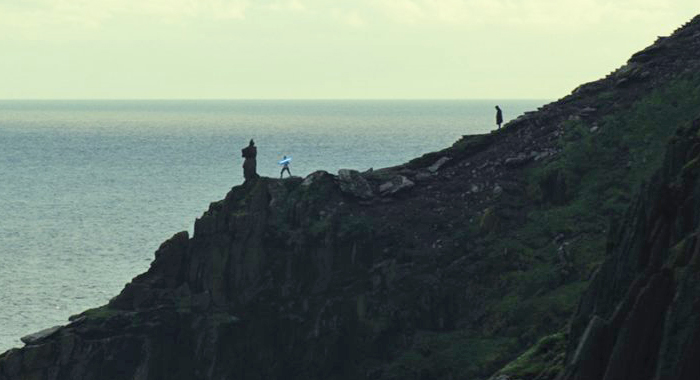 In the new trailer, we see Rey learning to use the Force on the island where she’s met Luke, and we hear her talking about perceiving both light and darkness as Luke guides her through meditation. But the training may not be what she expected, similar to what Luke went through with Yoda in The Empire Strikes Back. Before the trailer, though, Ridley hinted, “We go deeper in to Rey’s story, and what is very apparent… is that Rey has a certain expectation as to what she might be getting from Luke, and what that might entail, and as a lot of people know, it’s difficult when you meet your heroes because it might not be what you expect.” 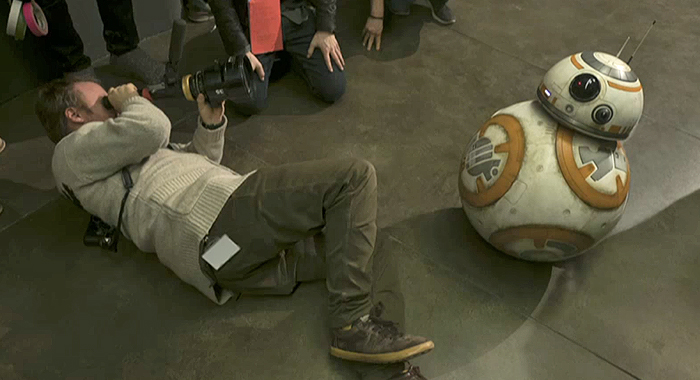 BB-8 came out on stage and bantered back and forth with Gad. When Gad mentioned the droid’s comic moments from The Force Awakens, Johnson talked about how much screen time the droid will get in December: “The best advice I got going into this process was from JJ’s editors, who told me you can’t have enough BB-8, and we followed their advice.  He’s the Buster Keaton of this movie.” 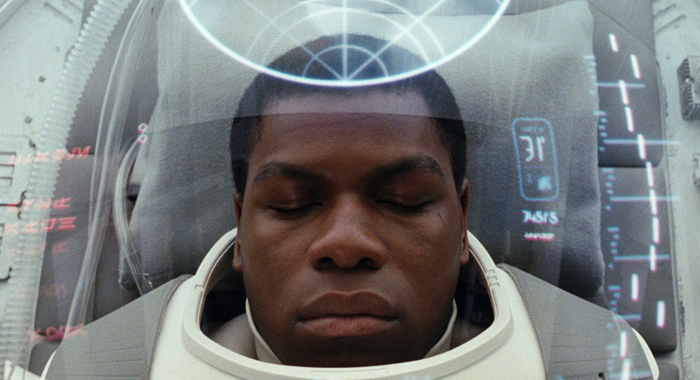 News coverage around production has made it pretty clear that John Boyega has been participating, so it’s no surprise that Finn returns. The trailer may only give us a brief glimpse of Finn as he recovers in some kind of medical pod, but Boyega promised, “He’s in recovery, but he will be back in The Last Jedi.” He then took on a swaggering tone, adding, “and he’s not playing this time.” 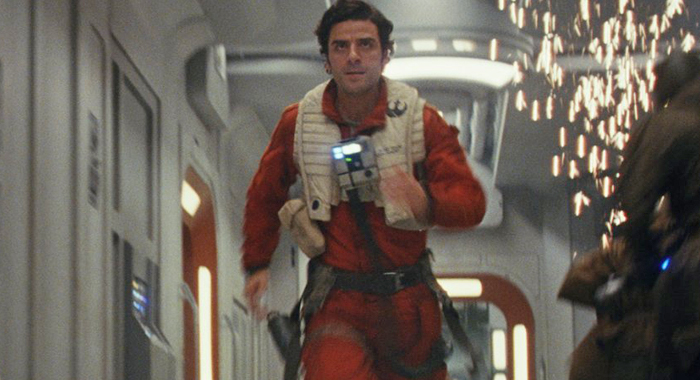 A fair amount of fans have imagined that the relationship between Finn and Poe is a romantic one (as opposed to a platonic friendship), and the panel didn’t answer that question definitively. Oscar Isaac was unable to join the panel, so Gad directed questions about Poe to Boyega. But after asking a lot of very specific, spoilery questions early on (“Ridley, are you Rey Skywalker?”) he seemed to dance around the idea of a Poe/Finn romance, inquiring, “Does that relationship continue to blossom?” Finn’s answer wasn’t particularly illuminating either: “Absolutely. Poe is my boy. There’s always a new adventure for us to go on.” So you can at least assume that means we’ll see more of Finn and Poe working together.

6. Finn Is Still Figuring Out Who He’s Going To Be 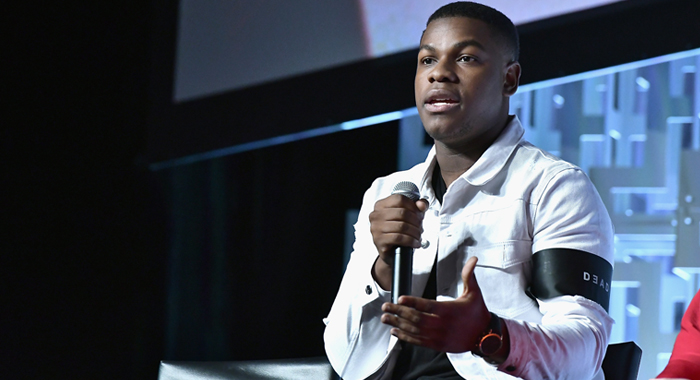 Finn’s been through a lot — leaving the only life he’s ever known, going on the run, falling in with the Resistance, and then nearly getting killed for it. So where will he go next? Boyega shared that Finn is still struggling with that, saying, “Specifically for Finn, he wants to find his place now. Is he going to be a part of the Resistance, or is he going to keep running away from the first order?” He then paused for dramatic effect and said with a dark voice, “We’ll see!”

7. The Galaxy Is In Chaos 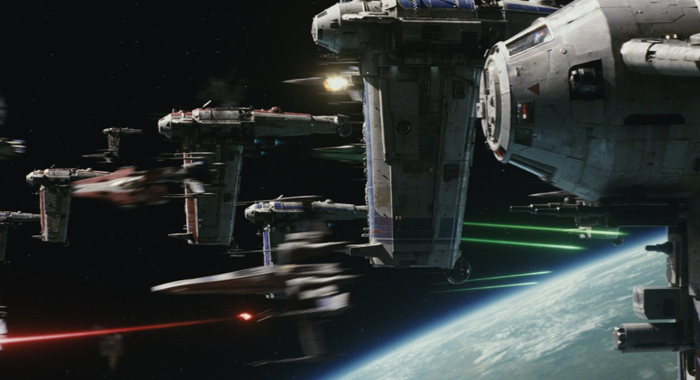 Director Johnson explained that even though the Resistance has destroyed Starkiller Base, the First Order had already destroyed the seat of the Republic, and that the First Order is making the most of the ensuing chaos. He said the First Order was working “very aggressively,” that they were making “big moves,” and that “things are going to get dire.” Based on some of the action we see in the trailer, we may see multiple, large-scale battle scenes. 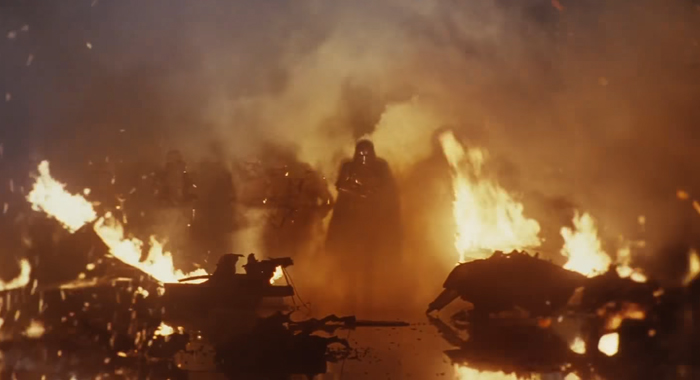 Again, if you’ve been following the news, you know that Gwendoline Christie has been working on The Last Jedi, which pretty clearly means that Phasma survived the destruction of Starkiller Base. But seeing her in a production still at the panel during a discussion about the First Order’s future seems like reliable confirmation. And we see a tall, silvery figure with a cape in the trailer too, so that would be a second sighting, and another confirmation. 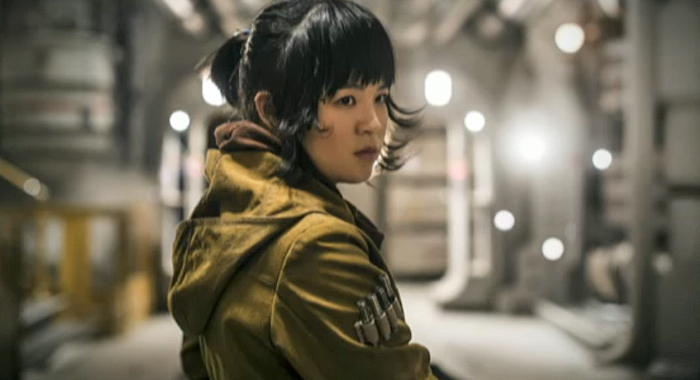 Rian Johnson introduced the newest member of the Star Wars family, Kelly Marie Tran, who plays Rose. Johnson called Rose “the biggest new part” and described her as a maintenance worker in the Resistance, saying she’s “not a soldier not looking to be a hero, but gets pulled into a very big adventure with Finn.” That sounds a little similar to Finn’s own story (remember, he worked sanitation on Starkiller Base), but we don’t know much more than that, and we don’t see any of her in the new trailer. 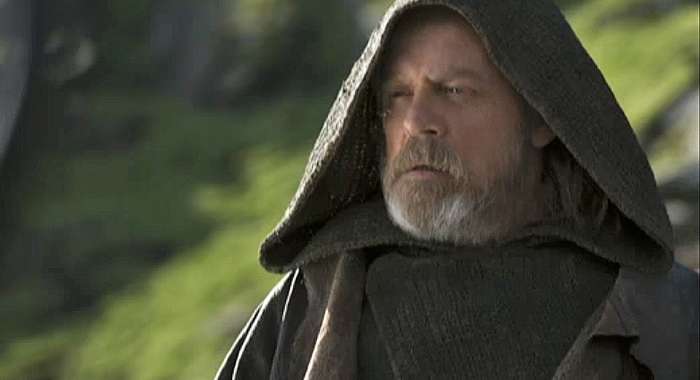 Mark Hamill spent a lot of time talking about being able to enjoy The Force Awakens and Rogue One because he’s barely in the former and wasn’t involved in the latter, so he could sit back and watch them without worrying about his own performance. And then he spoke about going to do ADR for The Last Jedi, and not really remembering shooting his scenes. As he continued to talk about reading the Force Awakens script and seeing minimal screen time for Luke, Kathleen Kennedy finally came to the fans’ rescue, saying, “I’m just going to break in here and make sure that everybody out there realizes he is so significantly important to this next film, you have no idea.”

“Well that’s good to hear!” quipped Hamill, ever the joker (ahem). But he just couldn’t resist messing with everyone one last time. As he talked about how he sees everyone on the panel, calling Gad “Olaf” and Johnson “God,” Hamill pointed to Ridley, saying “I see my daugh… I mean my colleague, Daisy.” The crowd went predictably crazy.

11. The Last Jedi May Be Referring To Luke, Rey and Kylo Ren 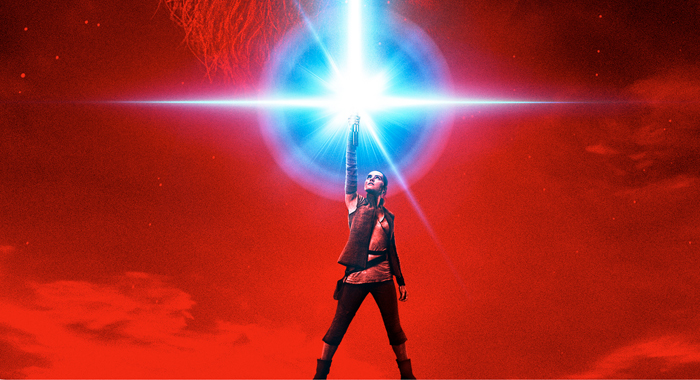 Before introducing the trailer, Rian Johnson introduced a new teaser poster, which shows Rey, Luke and Kylo Ren. We know from translations of The Last Jedi into other languages that the word Jedi is plural in this case. But if you’ve been assuming it just meant Rey and Luke, you can probably add Kylo to that group too.

12. The Jedi May Disappear Altogether!? 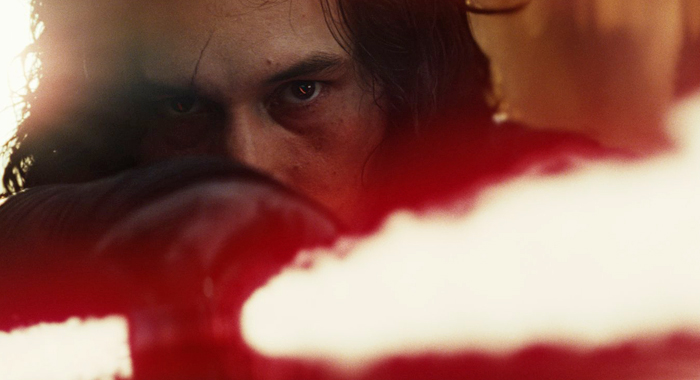 The trailer for The Last Jedi is pretty effective, offering just a taste of what we’ll see without giving too much away. We see Rey training to use the Force, Leia leading a fleet, Finn recovering, Poe and BB-8 in the middle of more action, and Kylo with the piercing eyes of a Sith devotee. Through it all, we hear the voice of Luke Skywalker. Initially, he’s clearly leading Rey through some meditation, but what he says at the end of the trailer is simply stunning, and led to audible gasps in the Galaxy Theater. The trailer ends with these ominous words from Luke: “I only know one truth… It’s time for the Jedi to end.” We have no idea what that means, and can’t wait to find out in December.