RT contributor Kristian Fanene Schmidt runs down a stellar list of his favorite depictions of Pacific Islanders that offer nuance and depth to his culture. 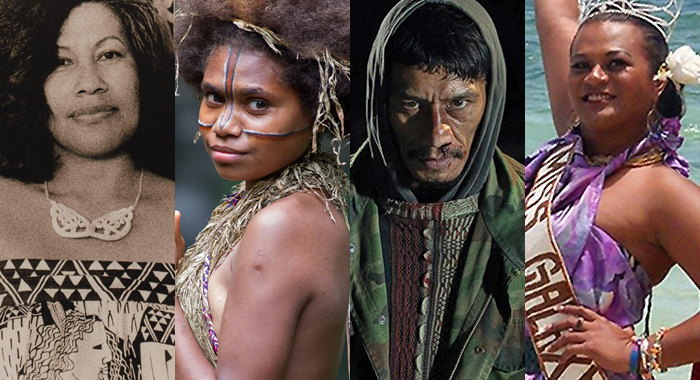 It’s AAPI Heritage Month and it gives me great pleasure to highlight more content that centres on Pacific Islanders — whether it’s talent in front of the camera or creatives behind the scenes bringing us stories that show us in our fullness.

So what constitutes Pacific content? For me it’s more than us featuring as mere props. Hollywood has a longstanding habit of pushing us to the side in favour of our white counterparts. For example, 1953’s Return To Paradise, set in Samoa, or the 1961 Elvis Presley film Blue Hawai’i and 1966’s Hawai’i. Fast-forward 50 years and it’s the same deal in 2004’s 50 First Dates, 2015’s Aloha, and most recently, 2021’s The White Lotus on HBO Max, which received critical acclaim despite being set in Hawai’i and featuring zero Native Hawaiian leads.

It’s also more than just having a Pacific Islander as a lead character too. While our narratives don’t all have to revolve around our identities and cultural practices, if they don’t enter the equation somehow and we can easily be switched out with non-Pacific actors, then I don’t really consider it a Pacific story. And that’s OK! We can still cheer on the work of our favourite Pasifika creatives and recognise that certain productions don’t have us in mind when it comes to target audiences (as long as they’re not problematic and/or selling out the culture).

Representation matters, right? Yes and no. “Representation matters” feels like an outdated catch phrase because not all representation is good representation. It matters when it’s doing something to elevate and push our image, our diversity, our humanity and all that other good stuff forward. With that in mind, I bring to you some of my favourite depictions of Pacific Islanders that give nuance, depth, and power to our visibility and voices.

Listen in to our Twitter Spaces conversation on the importance of Pacific Islander representation in film:

Listen to our conversation with @whatwouldkritdo, @66Lei, @teyonnamichelle, and @matasilaa on the importance of Pacific Islander representation in film. https://t.co/XeSksavbdL

You can spot Hawai‘i in countless television shows and movies, but Waikiki is the first feature film written and directed by a Native Hawaiian, Christopher Kahunahana. It’s something I definitely felt as I stayed captivated by its raw energy, stripped of all the routine glamour and tourist-trap illusions the world has come to associate with Hawai‘i. That’s Hollywood, but it’s not what the Indigenous are living. Danielle Zalopany is perfectly cast in her role as dancer Kea. As she fights for her survival and sanity, we get a real sense of the plight of kanaka māoli, but also where the true beauty and power of Hawai‘i lies: in the people, in the land, and in their connection to one another.

Playwright/filmmaker Vilsoni Hereniko brings us the first feature film to be written and directed by a Fijian, set in his homeland of Rotuma. It’s a powerful tale of a young Rotuman woman, Viki (Sapeta Taito), who’s relentless in her mission to clear her father’s name after being wrongly accused of stealing. It’s always refreshing for me to see stories from outside of the dominant islands being told that reflect the diversity of the Pacific, and Hereniko does an excellent job of bringing us into his world in his directorial debut. 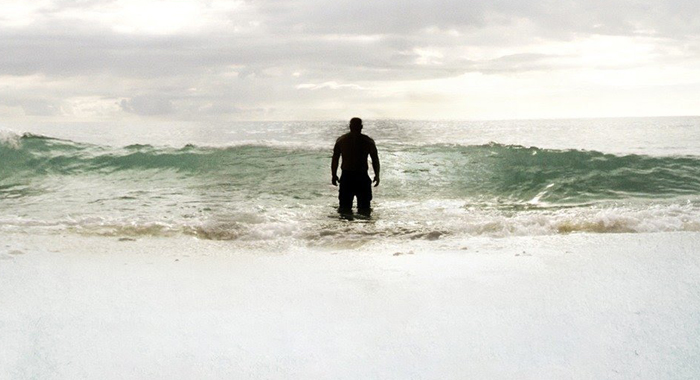 (Photo by The Criterion Channel)

A tender documentary from Native Hawaiian filmmaker Ciara Lacy, who investigates the impacts of the prison industrial complex on Native Hawaiians. She follows two kānaka maoli men who were sent to a privately owned facility in Arizona. It’s both heartbreaking and inspiring to see them find a sense of belonging with their inmates, including an elder serving a life sentence who helps them rediscover their cultural heritage. After they complete their sentences, Lacy turns to the struggles of returning to the islands and reintegrating into life at home.

Leitis In Waiting follows the iconic Joey Joleen Mataele, a prominent figure and LGBT activist in Tongan society and a lovely leiti who I first met on my travels to Tonga in 2008. As a queer Samoan, it’s always important for me to highlight the diversity of gender expression and sexuality in the Pacific that has long been outlawed and demonized because of the church and colonization. Joey spearheads LGBT rights through initiatives like the Tonga Leitis’ Association (a network that provides support and shelter for leitis), Miss Galaxy (a beauty pageant for leitis), and, in 2016, her work culminates in a national discussion for LGBT rights during which she faces fierce opposition from church groups. The film was produced and directed by Hinaleimoana Wong-Kalu, who also brought us A Place In The Middle and Kumu Hina — be sure to watch them all. 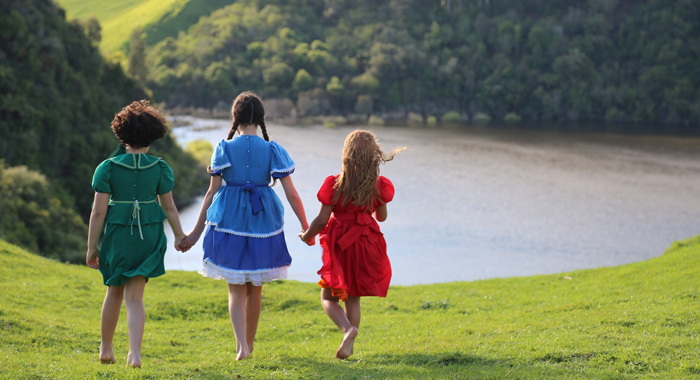 Written, directed, produced and acted by Māori women, Cousins packs (and unpacks) so much into 90 minutes: the devastation that colonisation wrought upon Māori, the Power of whanau, the call to heal intergenerational trauma, and much, much more. Featuring outstanding performances and cinematography, this is a must-see.

A tragic love story in Vanuatu based on an actual real-life marriage dispute. When Wawa (Marie Wawa) is arranged to be married to a stranger she doesn’t love, her relationship with Dain (Mungau Dain) becomes threatened. Choosing what their hearts desire over cultural expectations comes at a cost. As mentioned earlier wirh The Land Has Eyes, we are finally starting to see more and more stories that feature Pacific Islanders who have been erased from discourse for so long. In this instance, our dark-skinned Melanesian communities take centre stage and we get to experience the beauty, language, dance, and customs of Tanna Island. 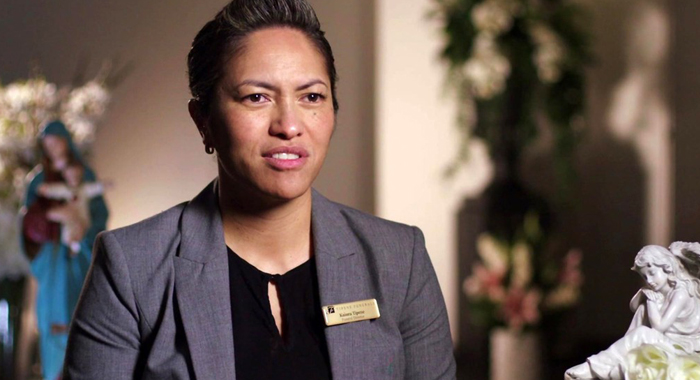 You can’t help but love every minute of this show about a beautiful Māori couple running a funeral home in Aotearoa. The display such a deep love, care, and respect for all Pacific cultures and the families they encounter, and with humour, too. You’ll be laughing and crying every episode. 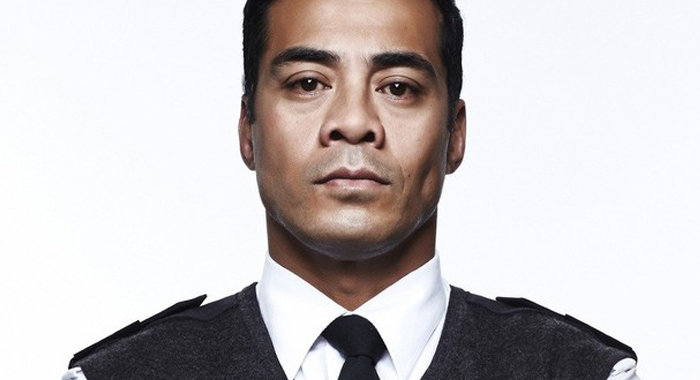 While Wentworth Prison may not centre PI themes, Samoan veteran actor Robbie Magasiva stars as Officer Will Jackson, a messy but likable prison guard in Australia’s most notorious women’s prison. While the ladies are the main attraction, Will’s character arc was one of the best, and Robbie held it down. Having been in the game for a long time and having a huge impact in Pacific representation with the likes of trailblazing comedy group Naked Samoans, it’s great to see his career continue to blossom, so expect to see more of him soon.

This is the stuff nightmares are made of. Māori director James Ashcroft takes us on a wild rollercoaster of revenge that will make you think twice about exploring New Zealand’s countryside. It features great performances from Māori actress Miriama McDowell and chilling Samoan actor Matthias Luafutu, too. Not for the faint of heart. 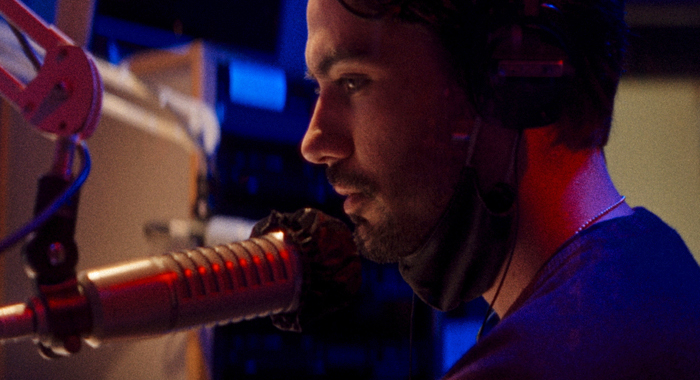 A sweet semi-autobiographical slice-of-life depiction of Hawai’i from Native Hawaiian writer-director Alika Tengan. It comes as no surprise that the convincing lead, Naz Kawakami (who also co-wrote the script), is acting out a version of his own journey as a radio host who dreams of a bigger and better life off the island. It’s a realistic portrayal of what those his generation in smaller towns experience and the differing points of view when it comes to what “the good life” is, whether it’s feeling content with what you have or harboring a desire to get out and reach your full potential. Tengan lets us see both without judgment.

Merata: How Mum Decolonised the Screen (2018) 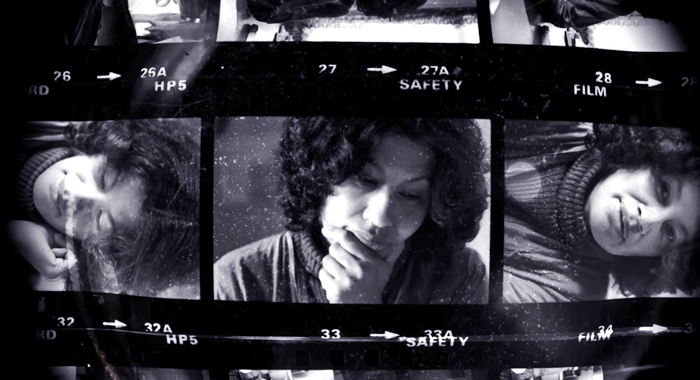 Merata is a loving tribute to Māori activist, pioneer, and devoted mother Merata Mita as told by her son Heperi Mita, who directs the film. As the first Māori woman to solely write and direct a feature film, Merata paved the way for indigenous filmmakers globally, and Heperi captures his mum’s legacy beautifully.

Kristian Fanene Schmidt was born and raised in Porirua, Aotearoa/New Zealand while both his parents hail from Samoa. He has an academic background in Pacific Studies, Law, and Education, and was a VJ with MTV Australia before relocating to Los Angeles where he now writes for various publications including The Root, Color Bloq, and the Sundance Institute.