Following the breakout success of Roma in 2018, it was another big year for Spanish-language cinema – across a number of genres. Rising-star horror director Issa Lopez gifted us with the horror fantasy Tigers Are Not Afraid, while the moving Mexican drama The Chambermaid was heralded by critics as a quiet masterpiece. But it was Pedro Almodóvar’s Pain and Glory, which earned the director his best Tomatometer score in decades and star Antonio Banderas the best actor award at the Cannes Film Festival, that would be the best-reviewed Spanish-language film of the year. 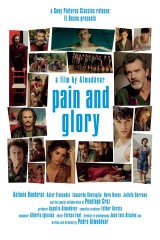 #1
Adjusted Score: 115017%
Critics Consensus: Pain and Glory finds writer-director Pedro Almodóvar drawing on his own life to rewarding effect -- and honoring his craft as only a master filmmaker can.
Synopsis: An aging Spanish film director in the middle of a creative crisis revisits memorable events of his past.... [More]
Starring: Antonio Banderas, Asier Etxeandia, Penélope Cruz, Leonardo Sbaraglia
Directed By: Pedro Almodóvar
#2 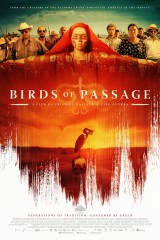 #2
Adjusted Score: 106098%
Critics Consensus: Birds of Passage traces the familiar arc of the drug crime thriller from a different direction that's as visually absorbing as it is hard-hitting.
Synopsis: The origins of the Colombian drug trade, as seen through eyes of an indigenous Wayuu family that becomes involved in... [More]
Starring: Carmina Martinez, Natalia Reyes, José Acosta, Jhon Narváez
Directed By: Cristina Gallego, Ciro Guerra
#3 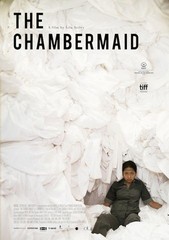 #3
Adjusted Score: 101624%
Critics Consensus: The Chambermaid uses one woman's experiences to take audiences inside a life -- and a culture -- that's as bracingly unique as it is hauntingly relatable.
Synopsis: A young chambermaid working in one of the most luxurious hotels in Mexico City enrolls in the hotel's adult education... [More]
Starring: Gabriela Cartol, Teresa Sánchez
Directed By: Lila Avilés
#4 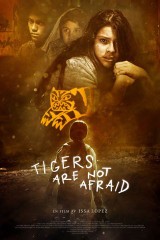 #4
Adjusted Score: 103597%
Critics Consensus: Tigers Are Not Afraid draws on childhood trauma for a story that deftly blends magical fantasy and hard-hitting realism - and leaves a lingering impact.
Synopsis: When a girl's mother disappears leaving her on her own, she goings a gang of street children, leading to a... [More]
Starring: Paola Lara, Ianis Guerrero, Rodrigo Cortés, Hanssel Casillas
Directed By: Issa López
#5 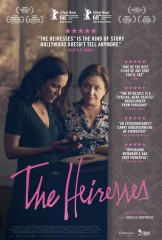