Nathan Rabin looks back at an overlooked horror-comedy that spawned a couple of current genre stars. 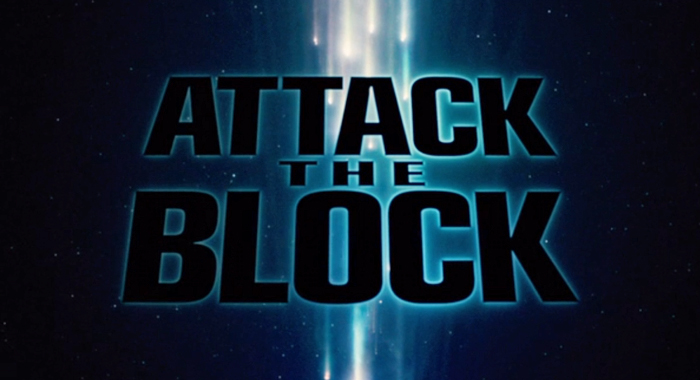 Between his upcoming starring role in the new Pacific Rim movie (Pacific Rim: Uprising, opening March 23) and his central role in the current Star Wars trilogy, John Boyega is emerging as one of the young kings of contemporary science fiction movies. But cult movie fans know that Boyega’s evolution into a genre superstar began not so long ago in a land not so far away when he lent his charismatic presence to the 2011 British science fiction thriller Attack the Block.

Writer-director Joe Cornish’s lovely, small-scale directorial debut is another iconic story of kids on bikes who encounter creatures from another world, but it doesn’t try to appeal to the broadest, most international audience possible. It’s content being a very British riff on some very American movies. This ends up working in its favor, lending it a cultural specificity that grounds the action in a very distinct sociopolitical reality.

For example, instead of the soothingly nostalgic American suburbs of E.T. and its ilk — Gremlins, Close Encounters of the Third Kind, Explorers — Attack the Block takes place amidst the graffiti-scarred concrete and runaway crime of a British high-rise in a bit of a dodgy neighborhood. It’s also set during Guy Fawkes Night, when bonfires are ceremonially set ablaze and fireworks fill the night sky, so it feels like the world is violently coming to an end even before space aliens show up.

Likewise, instead of apple-cheeked white children, the film’s heroes are a streetwise gang of mostly Black teenagers — led by Boyega’s Moses —  who while away the hours pulling stick-ups, smoking weed, riding bikes, and chasing girls. They’re low-level juvenile delinquents whose heavily accented slang is so thick that the film could intermittently benefit from a British street slang-to-American English translator.  And instead of kindly extra-terrestrials, the kids encounter scary monsters with glowing teeth uninterested in Reese’s Pieces or calling home. These beasties from beyond seem pretty monomaniacally focused on killing everything they encounter, and the only thing standing in their way is a ragtag group of street kids armed with bats and fireworks and everyday tools.

Even as a first-time director, Cornish is confident enough in himself, his characters, his actors, and his material to introduce Moses, the film’s hero, and his pack attempting to rob Samantha Adams (a tough, terrific Jodie Whittaker), a nurse who lives in the building where most of the action takes place, knowing that by the end of the film, we’ll be enthusiastically rooting for them. Cornish takes a big risk in making his heroes not just small-time criminals, but small-time criminals who terrorize a vulnerable young woman. It’s a bold move that pays off when Moses slowly but surely emerges as a hero for the ages.

Moses and his buddies’ natural habitat is perilous even before aliens descend upon it. In the film’s most clear-cut social commentary, Moses bleakly posits the aliens as one more conspiracy perpetrated by the powers that be to destroy the black man, a process that previously involved herding them into dispiriting high-rises and flooding their communities with drugs.

That said, Attack the Block is radically non-moralistic. The story finds a criminal joining forces with someone they have every right to see as their natural enemy for the sake of their mutual survival. It does not seem coincidental that characters willing to put aside their differences fare a whole lot better than those who don’t.

But the film also doesn’t treat Moses and his buddies as criminals so much as bored kids doing whatever it takes to pass the time. It’s similarly non-judgmental about many of its heroes either smoking or selling marijuana. Heck, it doesn’t even seem particularly bothered by the opening crime that unhappily brings Samantha together with Moses and his crew.

Over the course of Attack the Block, of course, Moses earns his would-be victim’s trust and her respect. He begins in a place of complete selfishness, prioritizing his own needs and wants over the emotions of the people around him, and ends in a place of selflessness, more or less, as a hero willing to risk it all for the sake of defending what’s his. He is a thief with honor, a thief with a moral code, and as the alien invasion continues, he becomes something much more.

Cornish clearly didn’t have a lot of money to work with, so he transformed his limitations into strengths. He makes particularly brilliant use of shadows; his alien monsters are inky figures of pure darkness with big, garish, glow-in-the-dark fangs. The longer we look at a monster, the less scary it tends to become — that’s one of the many lessons of Jaws — but Cornish is adept at continually conveying the ominous presence of his monsters through their glowing fangs while depicting their bodies largely through shadow and silhouette.

Attack the Block is also claustrophobic in the best possible sense. Cornish and his exceedingly game, largely untested cast make the shoddy, grey, depressing high-rise of its setting a universe unto itself, with its own rules, players, and unspoken codes of conduct. Instead of blasting into outer space, Attack the Block offers a street-level action comedy of survival.

Movies like this walk a fine line tonally. Inject too much goofy comedy and the movie becomes too silly to be scary. A dour, straight-faced approach to a premise like this, on the other hand, risks provoking an avalanche of unintentional laughs. Thankfully, Cornish and his collaborators strike the perfect balance between silly and scary, tongue-in-cheek yet full of legitimate tension. It’s scary, sure, but also a lot of fun.

Attack the Block was executive produced by Edgar Wright and shares the loving geekiness and sly wit of his best work. Given their simpatico sensibilities, it’s not surprising that Wright later teamed up with Cornish to work on the screenplays of Ant-Man and The Adventures of Tintin. It’s similarly unsurprising that Wright fixture Nick Frost steals his scenes in Attack the Block as Ron, a droll drug dealer who looks like a roadie from the 1980s and who isn’t about to let something as minor as an alien invasion ruin his high. Incidentally, this is not the only time Boyega, Wright, and Cornish have worked together: after Cornish’s name was tossed around as a possible director for a Star Wars movie, he had to settle for a cameo in The Last Jedi alongside Wright.

As noted earlier, John Carpenter is also a clear influence on the film, a delightful British take on warmly remembered 1970s and 1980s classics whose sense of cross-cultural fusion is epitomized by a terrific Basement Jaxx score that puts a squiggly, electronic twist on the icy, menacing atmosphere of Carpenter’s early film scores. Its themes also closely echo Assault on Precinct 13, and Carpenter’s own feature debut, 1974’s Dark Star, is a masterpiece of the broad science fiction stoner comedy genre in which Attack the Block belongs.

And like Carpenter’s stoic heroes/anti-heroes — most notably the ones played by his favorite leading man, Kurt Russell — Boyega is a master of minimalism, a man of few words who can convey more with an angry scowl than lesser actors get out of pages of dialogue. Attack the Block is a star-making vehicle in the truest sense. Boyega began the film an unknown and exited it a star whose magnitude has only grown in the intervening years.

Like all great science fiction movies, particularly those involving aliens, Attack the Block cries out for a sequel, but it’s pretty perfect as a funky stand-alone sleeper that takes the smart-ass grit of early John Carpenter into unexpected but inspired new places. Besides, considering his recent success, it seems like Boyega might be booked solid for the next couple of decades or so.

Oh, and Whittaker, who is also fantastic in a less showy role, looks to be awfully busy for the indefinite future as well, since she was recently named the first female Doctor Who. Boyega obviously wasn’t the only one destined for distinctly genre-specific greatness. 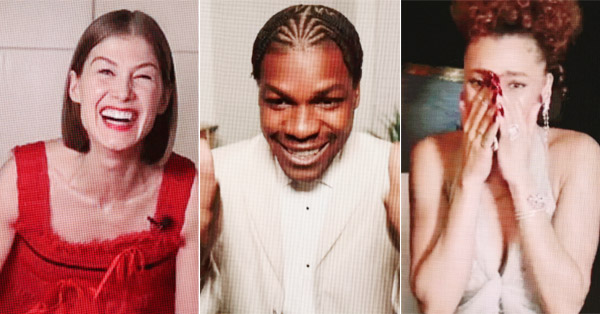