Why Pure Country Deserves Another Chance

In the wake of country legend Merle Haggard's death, Nathan Rabin looks at a small film that explores the nature of country music stardom. 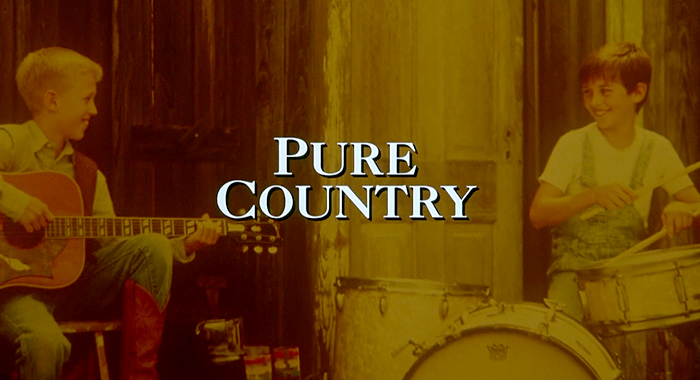 Country music places a curious, even perverse premium on authenticity and purity, on the concept of “real” or “true” or “pure” country that stands strong in sharp contrast to the watered-down compromises and cynical calculation of the stuff you hear on the radio. Yet country itself is inveterately a mutt — a genre and a state of mind with its roots in folk and blues and Hawaiian guitar and a whole mess of other unexpected and unlikely influences.

Merle Haggard, who died recently after a remarkable life and career, represents the impure nature of country. No matter what he sang, it invariably sounded country, even if its roots were in the howling railroad blues of Jimmie Rodgers, the jazz-infused western swing of Haggard’s beloved Bob Wills and The Texas Playboys, or the more conventional jazz of a song like “It’s All In The Movies.” It was the very lack of purity that made Haggard so compelling and so difficult to pin down culturally and musically.

During the Countrypolitan days of the 1950s and 1960s, producers dressed up the hillbilly sentiments of country crooners with strings and fancy background vocal groups in an attempt to appeal to a more cosmopolitan audience. In the decades that followed, a never-ending battle raged for the soul of the genre. When Garth Brooks brought country to the masses in the late 1980s, he was vilified by purists as a man who had made country more popular than ever at the cost of the genre’s everlasting soul.

Was country the righteous rebel music of the white Southern underclass, or something to entertain Wal-Mart managers during their commute to work? Was it the music of honky-tonks or arenas? Was it a form of folk music sacred to its true believers, or money-making pop? Pure Country has strong, unsurprising opinions on this subject,but in star George Strait, it had the best of both worlds. Strait was the arena-ready superstar of the Garth Brooks/Shania Twain era who was also widely respected by those who worshiped gods like Haggard, Johnny Cash, and Hank Williams.

Pure Country opens with some kitschy Americana, as we’re ushered into the film’s country-fried world by images of a clean-cut boy growing up, set to the tune of a child’s off-key voice warbling about all of the following subjects, among others:

Then, about halfway through, something remarkable happens. The child’s voice is replaced by the strong, confident crooning of a man named George Strait, and the song stops feeling like a silly, borderline embarrassing burlesque of country corn and begins to feel like a country song, and a pretty solid, convincing one at that.

I spent two years exploring the heart worn highways of country music history for a column I wrote for The A.V Club called Nashville or Bust, and in that time I came to develop not just a tolerance but an appreciation for country schmaltz. Cornball Americana and shameless pandering are such core elements of the genre that to complain about them is a little like griping that a blues song or artist isn’t chipper enough. When something is a central aspect of a genre, it seems a little silly to single it out as a fault.

We then segue from the past to the present, where Strait’s character, “Dusty” Chandler, is rampaging his way through the massive arenas of God’s own United States in a furious hurry, like he’s freakin’ Kiss or something. Unlike his own superstar persona, Strait is cast as a man with Garth Brooks’ over-the-top, Branson-on-acid stage show and Billy Ray Cyrus’ regrettable follicular situation.

Director Christopher Cain layers the stadium-sized performances of Dusty and his band in a way that conveys how exciting it must be for fans to hear these songs and how draining and tedious it might be to play them over and over again, night after night. Dusty isn’t just bigger than he’d like to be. Like Garth Brooks in the early 1990s, he’s probably bigger, commercially, than anyone should be, particularly someone whose music and roots and aesthetics can be traced to honky-tonks.

Dusty’s manager Lulu Rogers — played by a scene-stealing, scenery-devouring Leslie Anne Warren as a show-business anti-Christ in the devil’s red leather — just wants to keep the money train running smoothly. She’s already moved on, psychologically and professionally, to the next handsome man in a cowboy hat she plans to make a star, a squirrely ball of scheming professional ambition played with brash charisma by a pre-stardom, pre-Friday Night Lights Kyle Chandler.

The tacky glamour of bright lights and packed houses have lost all appeal for Dusty. After a particularly frustrating performance, he decides to just walk out, to turn his back on stardom and return to his roots, both geographical and cultural, by heading back to his hometown in a bid to win back his soul and regain his love for music.

Pure Country takes the notion that the glitz and spectacle of the Garth Brooks aesthetic were so blinding that it almost didn’t matter who was up on stage to its logical extreme by literally replacing Dusty with Buddy without anyone noticing. This might seem unrealistic, but remember that at the height of his fame, Garth Brooks himself was replaced onstage by a lookalike roadie with a weight problem for as many as 30 dates a year without a single person noticing.

While Lulu tries to keep Dusty’s tour going even after he mysteriously goes AWOL, our disgruntled and dissatisfied protagonist re-learns the simple pleasures and homespun joys of small town life. He even begins dating a small town girl (Isabel Glasser) with aspirations to win the big rodeo so that she can save the family farm from those meanies over at the bank.

Pure Country was made with a light touch that allows it to simultaneously tap into the homey conventions of country music, which deify the dewy innocence and goodness of common folk, and demonize and vilify fancy-pants big-money city slickers, having fun with them all the while. There’s a quietly wonderful scene, for example, when Dusty’s drummer and sidekick, Earl Blackstock (character actor and X frontman John Doe), visits Dusty’s grandmother in his efforts to track down his boss and get him to return to the tour. Rather than offer a direct answer, grandma dispenses metaphorical homespun country wisdom about roots and branches and whatnot. Doe, who brings to the role a sense of authenticity that can only come from a lifelong musician playing a lifelong musician, handles the scene perfectly. His goofy smile and sense of incredulity conveys that the grandma may, in fact, be the wise guru she appears to be, or she could just be a crazy old lady babbling gibberish that people mistake for wisdom.

Strait has a nice chemistry with Doe that makes it easy to believe that the two of them have been performing together for decades; their musical and non-musical bond is so strong it borders on telepathic. He brings an ingratiating prickliness to the role, particularly in the first act when he’s getting ready to leave his gilded cage in search of the America of pick-up truck commercials and Republican campaign ads. In his first and, it turns out, final lead performance as a film actor, Strait acquits himself quite nicely.

Like country itself, Pure Country is in love with cliches, particularly the one about country music being all about soul and sincerity and personal expression, about the music, man, and not the glitz and the glamour and the fireworks shows and flying harnesses and concept albums where bored country-pop powerhouses pretend to be fictional Australian rockers with soul patches.

Here’s the thing about country music, pure or otherwise. It doesn’t matter if the words, sentiments and ideas being expressed are original or shocking or bold or new. No, it only matters that the emotions being expressed feel honest and sincere and true. On that level, Pure Country feels fundamentally honest and convincing despite the ridiculously melodramatic nature of its plot and its corny themes and messages.

As a movie star as well as a musician, George Strait has a real gift for selling even the tritest of sentiments through presence, directness, and effortless charisma. Pure Country has the good sense to put Strait next to a microphone with a guitar in his hands for much of the film. As a country music morality tale where the spirit of Willie, Waylon, and Hank triumphs over the crass vulgarity of the Garth Brooks phenomenon, Pure Country is largely devoid of surprises, but that doesn’t make it any less emotionally satisfying.

Pure Country was not a hit, but today it has a distinct cult among people like my father-in-law, a South African neurologist in suburban Atlanta who loves nothing more than to pick up a guitar while howling a Bob Dylan song. Culturally, his roots are a ways removed, but he feels the music in his soul. That’s what really matters.

He must not be alone in his love of Pure Country, because almost two decades after it disappointed at the box-office, a direct to video sequel was released, featuring a cameo from Strait as himself, confusingly enough. Aside from that, Strait hasn’t starred in any more movies, and considering how confidently and ably he carries Pure Country, that’s a bit of a shame. After Pure Country (whose soundtrack is the most successful album of Strait’s extraordinarily accomplished career), Strait went back to being one of the biggest, most loved country stars in existence, which is a heck of a consolation prize for a commercially unsuccessful movie that looks more and more like a success with each passing year.

Early in Pure Country, I had an intense feeling of deja vu before I remembered what half-forgotten bit of cornball cornpone Pure Country reminded me of. Then it hit me: Pure Country bears a suspiciously close resemblance to a masterpiece of the cinematic arts known as Hannah Montana: The Movie, which was similarly about a big star rediscovering what’s important while revisiting her small town roots.

Hannah Montana: The Movie costarred Strait’s Pure Country doppelgänger (at least before Dusty shaves and gets a good Christian hair-cut) Billy Ray Cyrus, as well as his musician daughter Miley. Cyrus’ roots are in country, but these days she’s all things to all people (with the exception of the proper church folks what cottoned to her in the first place), a bold pop icon whose persona transgresses all manner of boundaries involving culture and gender and sexuality and race and performance and authenticity. Like good old Merle Haggard, Miley Cyrus is a mutt who takes inspiration from all over. In that respect, she’s held on to her country roots all the same, albeit a strain of country that is boldly, defiantly, and sometimes transcendently non-pure. 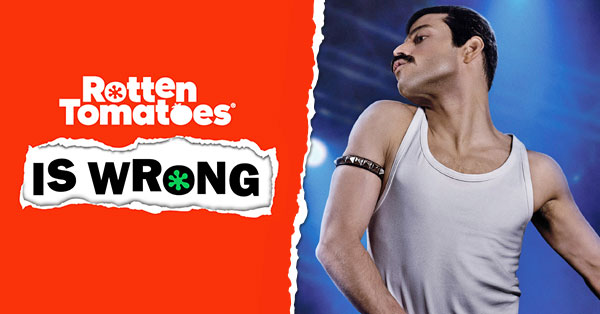 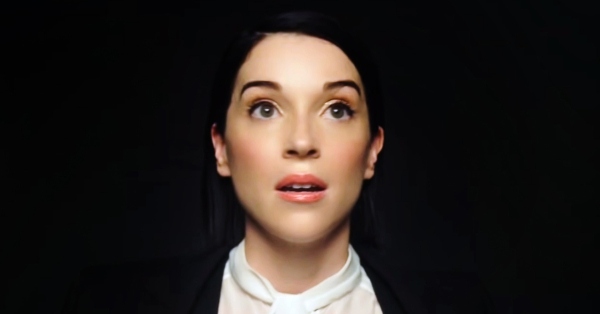