The Book of Boba Fett Finale: What It Means for the Star Wars Universe

What does Grogu's choice mean for The Mandalorian season 3? Does the Modifier scene alone suggest The Book of Boba Fett part 2? Will the Black Sun rise or Crimson Dawn arrive?

Despite Luke Skywalker’s (Mark Hamill) assertion that Tatooine is the furthest planet from the bright center of the universe, it is a fulcrum world to events throughout the galaxy — from being the (presumed) planet of origins for the Skywalkers to its importance in the black markets and the spice trade. And as The Book of Boba Fett finale “In the Name of Honor” proved, its arid wastes continue to host events both pivotal and transitional across the Star Wars galaxy.

But what do the choices of Boba Fett (Temeura Morrison), Fennec Shand (Ming-Na Wen) and the rest of the characters we met along the series’ odd path mean for the future of Star Wars. Will Fett ultimately be there for the liberation of Mandalore? Or will other claimants to the spice trade keep him busy? Let’s examine a few ways the final episode of Fett (for now) could effect the galaxy in the years to come.

Spoiler Alert: The following contains details about the finale of season 1 of The Book of Boba Fett. Stop reading here if you have not watched the episode.

The Restoration of Tatooine 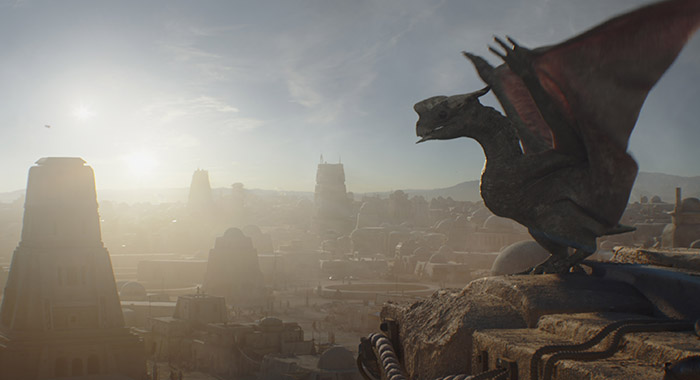 Throughout the series, Fett made various allusions to the fact spice trafficking itself led to Tatooine becoming a desert planet. The substance, also known as Sansanna spice, is mined on Kessel (as seen in Solo: A Star Wars Story) and a few other worlds. It is unclear if the spice is or was present on Tatooine or if it is just a key planet along the hyperspace routes. Either way, it’s pretty clear Fett’s time in the Dune Sea inspired a passion to see the world restored. Or, at least, we think his declaration to water the sands with the bodies of the Pyke Syndicate indicates a hope to restore some ecological balance.

Of course, bringing water to the dry world is no easy task. As the spice appears to be a reference to author Frank Herbert’s Dune — and, indeed, “aura spice” is mentioned in Star Wars creator George Lucas’s initial, brief outline to the series — we can look to Herbert’s work for signs of what an arduous task it could be. In that fictional universe, Imperial Planetologist Liet-Kynes (and his father before him) planned the slow creation of seas over centuries, using windtraps and sturdy plants to do the painfully incremental work. Paul Atreides co-opted the idea as part of his rule of the known universe, but the Kynes vision for Arrakis would not occur for thousands of years.

Star Wars isn’t as bound to the harder science of Dune, though, and powerful technological terraforming devices may be available to Fett. Nevertheless, if this turns out to be a long-term goal for the former bounty hunter, it will not be cheap or easy to accomplish. 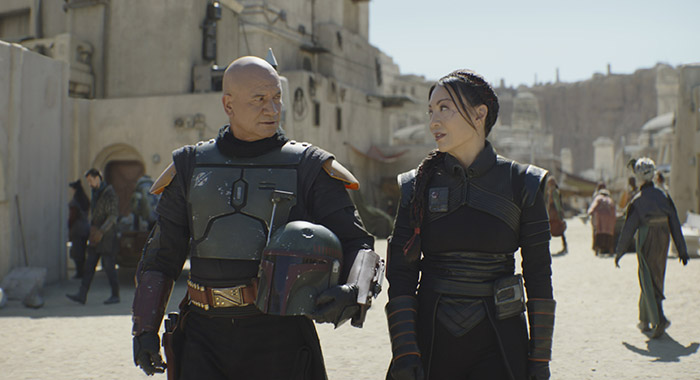 Meanwhile, Fett’s rule of the planet may not go unquestioned. His success over the Pyke Syndicate will be told across the galaxy and may lead other gangs to challenge him. The Hutts themselves may take a renewed interest in the world, but there is always the possibility of the Black Sun angling for control.

The group, first introduced in the 1990s Shadows of the Empire publishing initiative, came under the control of Darth Maul during the events of Star Wars: The Clone Wars. Following his death, the consortium continued and is known to be active in New Republic times. Of course, this may be wishful thinking on our part as we’d love to see executive producers Jon Favreau, Dave Filoni, and Robert Rodriguez rehabilitate Shadows of the Empire character Prince Xizor and integrate him into current continuity.

There are other organizations out in space as well, with Maul’s Crimson Dawn as another contender. This one might be advantageous to Star Wars television shows as its currently led by Lady Qi’ra, the character played by Emilia Clarke in Solo.

All that said, The Book of Boba Fett does not seem truly concerned with criminal enterprises. Fett sees them now as the rot which turned Tatooine to sand. So, perhaps, this is the last we’ve seen of the syndicates. Well, at least in this corner of the galaxy. 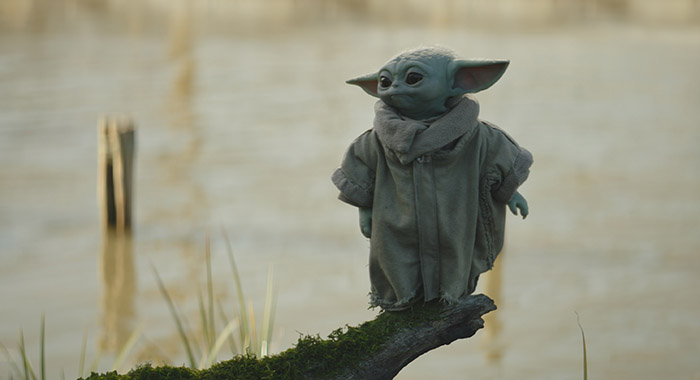 As Fett also served as “season 2B” to The Mandalorian, we saw Din Djarin (Pedro Pascal) still wielding the Darksaber and Grogu training with Luke. The former is very significant to the near future of Star Wars — why would Bo-Katan Kryze (Katee Sackhoff) let him leave the Imperial Remnant cruiser with it? It’s the crux of her plan to both liberate and rule Mandalore, after all. Hopefully, we’ll get more clarity on what occurred immediately after Grogu left with Luke at the end of The Mandalorian’s second season in its third.

But also intriguing is the glimpse of Luke’s training methods. The Book of Boba Fett indicates he has returned to traditional Jedi teachings. He actively discourages Grogu’s attachment to Djarin and presents him with a choice: train as a Jedi or live as a Mandalorian. Do or do not. Considering that sort of binary thinking led to the destruction of the Jedi Order just before Luke was born, it is disheartening to see him falling back on those notions. His own attachments are key reasons why he was able to defeat Sheev Palpatine, redeem his father, and cripple the Empire. To reject that path seems foolhardy.

That said, presenting Grogu with the binary choice also seems to foreshadow the mistakes Luke will ultimately make in training his nephew, Ben Solo (Adam Driver), and the destruction of his Jedi school. Since we know Luke will fail to restore the Order, this moment between him and Grogu could be Luke’s first step to Ahch-To, the planet Rey (Daisy Ridley) finds him on decades later (in Star Wars: The Force Awakens).

Or, maybe, there is another path. We didn’t see the actual moment of Grogu’s choice. Maybe his answer indicated to Luke a true sense of balance in the Force. And, perhaps, Rey will ultimately seek out Grogu for aid or advice. Provided he lives into the post-First Order era, of course.

For the moment, though, it is safe to assume he reached out for the Beskar vest. The clan of two has been restored and, in the short term, that means the pair will be journeying together again when The Mandalorian returns. 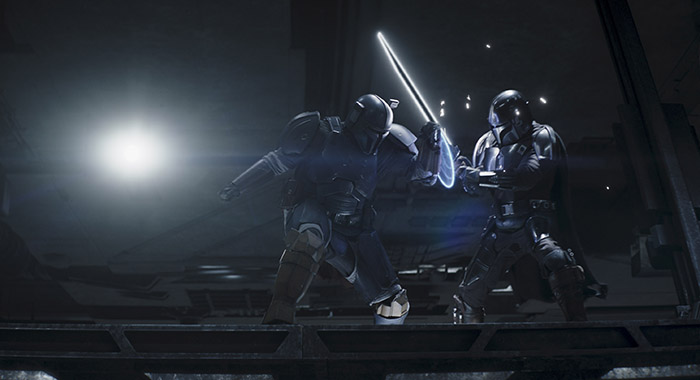 Let’s step back to Mandalore for a moment. The Mandalorian seems headed in that direction despite Djarin’s decision to seek out the Armorer (Emily Swallow) and his old covert. No matter the agreement he and Kryze came to on the cruiser, his participation in the liberation of the Mandalorian homeworld is inevitable. But this eventuality could take on many forms.

To bring Fett’s current status into it, Mos Espa could form a perfect staging ground for Kryze, Djarin, and any other roaming Mandos willing to fight for the cause. The cost of such service could be legitimacy for the Fett name — an idea we considered last year — but based on the events of The Book of Boba Fett, we’re willing to concede that he is uninterested in being recognized by Kryze.

But then there is the “bantha fodder” that is the Way.

As seen in the Fett finale, he is impressed by Djarin’s beliefs. Or, at least, he respects Djarin’s willingness to die just because he gave his word. It’s a reflection of the vow Fett previously gave to Djarin to rescue Grogu. That respect may be enough for Fett to offer a base of operation to the Mandalorian cause.

Well, once Djarin himself becomes invested, of course. Based on his encounter with the covert, he still has a lot to process about the various ways one can be a Mandalorian. The religious zealotry of The Children of the Watch isn’t the only option, but that realization is something he must come to before he can involve himself in any sort of mission to Mandalore. Based on how the Armorer and Paz Vizsla of The Tribe responded, we imagine The Watch will concern itself with Djarin holding the Darksaber.

Let’s consider one other possible outcome: Mandalore cannot be saved. Its diaspora will need a new home and Tatooine, with its vaguely Mandalorian daimyo, could prove suitable. Provided all can come to an accord, of course.

The Second Book of Boba Fett? 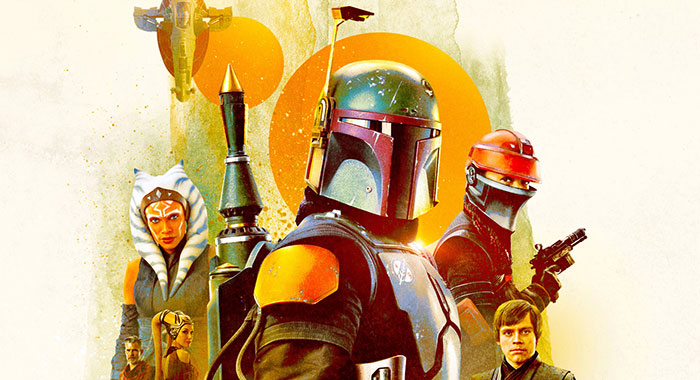 Click here to view full poster in a new tab.

As of this moment, it is unclear if The Book of Boba Fett will return as its own series — the story will undoubtedly continue in The Mandalorian if not — but the final glimpse of Cobb Vanth (Timothy Olyphant) in the Bacta tank is a pretty good indication that the last page has not been written. What will we he be like after the Modder surgeon is done with him? Will he and Fett come to an agreement for the future of the planet? The daimyo’s willingness to suspend the spice trade definitely indicates the two have common ground, but will it be enough to smooth over any potential rough edges?

Speaking of the Bacta tank, why does Fett spend so much time in it? Healing the scars from the Sarlaac makes sense (both for story and production reasons), but why continue treatments for so long? One possibility: Fett looks roughly 20 years older than he should be at this point. There’s an obvious real life reason — Morrison’s true age — but in story, this apparent discontinuity could form a story thread in a second season.

Back in Star Wars: Episode II — Attack of the Clones, Lama Su (Anthony Phelan) tells Obi-Wan Kenobi (Ewan McGregor) that Jango Fett (also Morrison) asked for an unaltered clone as part of his fee for donating his DNA to the Clone Army. The army itself was subjected to accelerated aging, but Boba was supposed to age as a conventional human. What if the cloners on Kamino were not as good as they claimed? Boba’s aging may suggest some acceleration from the cloning and the tank may be stalling his own end. A second season could see him on the search for a solution and — to offer one more potential cameo — a chance for Alpha (Boba’s initial name) to meet Star Wars: The Bad Batch’s Omega (Michelle Ang).

Also, as The Bad Batch’s season 1 ending teased, any issues to do with cloning may also echo down the years to the way that Palpatine, somehow, returned.