Teddy lays himself bare, Dolores takes up programming, Maeve learns Japanese, and Wu-Tang gets some love. 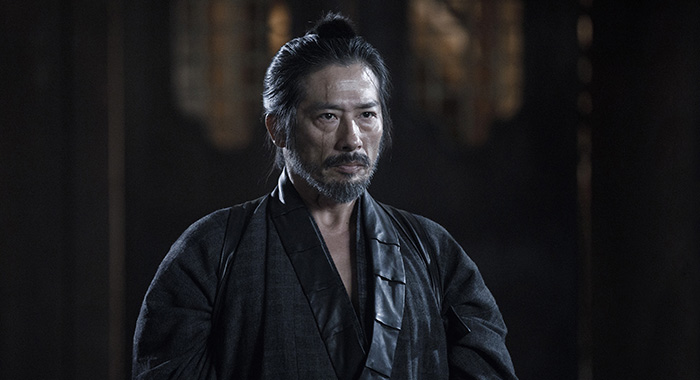 Think gunfights and cowboy posturing are a big yawner? Delos Inc. now offers guests an even bigger spectacle: Shogun World. And Lee Sizemore (Simon Quarterman) lays out everything we need to know about it in a lengthy stretch of exposition at the beginning of season 2, episode 5 of Westworld, “Akane No Mai.”

Here are some highlights from the episode: 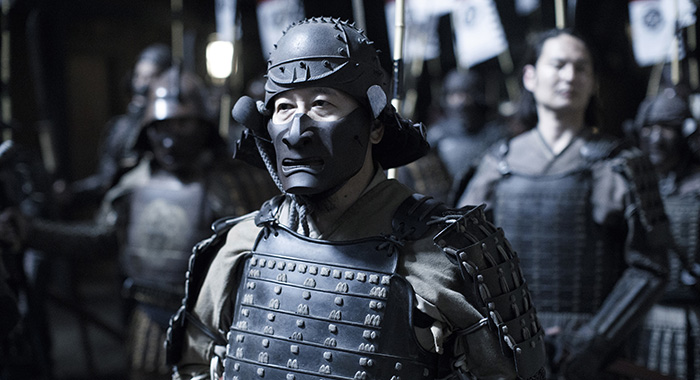 Ronin capture Lee, Maeve (Thandie Newton), and the gang, and march them back to the nearby town through a forest littered with the bodies of disemboweled police.

Cue Lee for exposition: “This is just the tip of Shogun World’s prick” – keeping it classy! Designed for guests who found Westworld too tame, Shogun World is based on Japan’s Edo period – “for the true aficionado of artful gore.”


A Japanese-inflected “Paint It Black” on flute and strings introduces the han, where Lee confesses that the Shogun World story lines are cribbed from Westworld.

2. Akane and Musashi Are Badass, and “Doppelbot” Is Our New Favorite Word 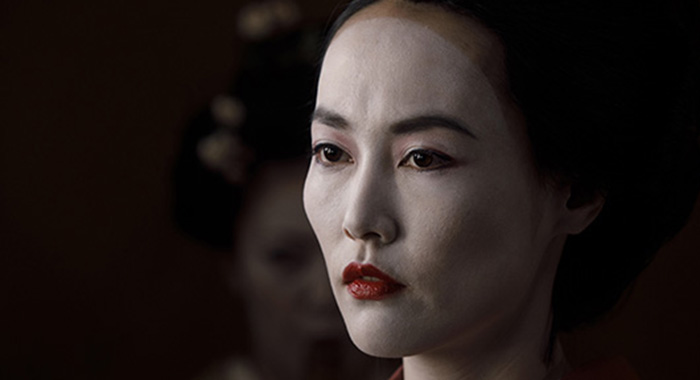 Westworld has introduced the word “doppelbot” to language, and we see all kinds of uses for it. #Doppelbotamovieline: “I’ll be your doppelbot.”

Did we give Rinko Kikuchi all of the awards for her slayage of Akane?! #Westworld

Geisha performs dance to Wu-Tang Clan and immediately saws a dude’s head clean in half… Then an army of robot samurai are mind controlled into murdering each other.
Good luck explaining THAT one to those not watching #Westworld

That was CREAM. This show is amazing. #Westworld pic.twitter.com/Ip1XqcBzkm

3. Did Teddy Just “There’s a Place for Us” Dolores? 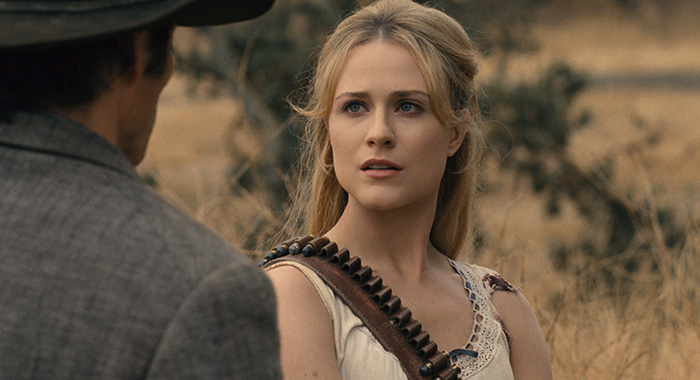 So Teddy and Dolores are now in the worst place narratively any characters can be: road-tripping and being chatty. They’re talking about their future, and Teddy goes all West Side Story:

“Someday,” he says in reply to her musings. “What if someday was right now?…Now you can’t tell me that somewhere out there in all that beauty, there isn’t a spot for us.”

Did anyone else start singing? Just me? Moving on…

Teddy is finally getting some .
I'm so happy for him lol#Westworld

After some sexercise with Teddy, Dolores does the coldest thing she’s done yet: She overwrites sweet Teddy with – something sure to be foul and devastating. We’ll find out next week.

Get you a partner who doesn’t overwrite your system without your consent.#Westworld 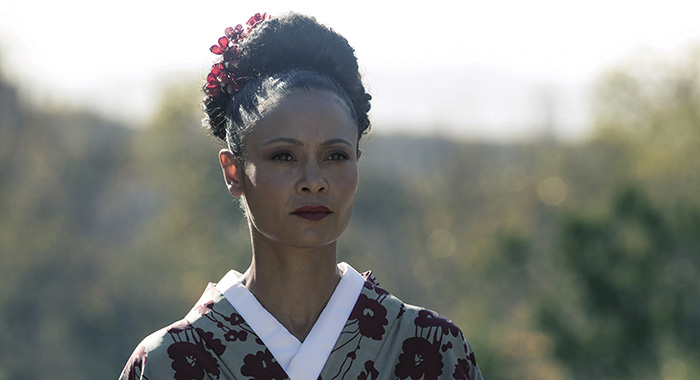 The cliffhanger promises one of two things: more dead samurai piling up or Maeve showing off her hacking skills. Or both. Or, you know, possibly something else entirely.

“I told you: I found a new voice. Now we use it,” Maeve promises.

I literally just gasped out loud. Maeve is about to go WILD on all of y'all. Know that. #Westworld

What did you think of Shogun World? Did it live up to your expectations?