This Week’s Ketchup actually covers three full weeks since the weekend before Christmas (two editions of the Yearly Ketchup were published during that time — the Freshest stories of 2013 and the most Rotten). Most of Hollywood took (at least) those three weeks off, but there was still a fair amount of movie development news, although some of it was in the “rumor” or “ambiguous tweet” category. The ten stories we’re going with include a few true stories (Richard Pryor, Montezuma, and the Boston Strangler) and a few sequels (including Ice Age 5, Night at the Museum 3, and Paul Blart 2).

THE CONTINUING AFTERMATH OF THE DEATH OF PAUL WALKER

The automobile crash that killed Paul Walker happened on November 30, and it was such a shock that people in Hollywood understandably didn’t know right away how they were going to move on in their respective businesses afterwards. The most obvious enterprise that had to “deal” with it, somehow, was the production of Fast & Furious 7, which still had filming to do with Walker. Universal Pictures, the producers, the director, and the screenwriters all needed to take time to figure it all out. One result is that the release of the film has been moved from July 11, 2014 to April 10, 2015, with filming expected to continue again later this month. We also learned recently that the plan is not to “kill off” Walker’s character of Brian O’Conner, but rather, that the character will “retire” in Fast & Furious 7. Presumably, we might reasonably imagine a scene in which Walker discusses whether to continue a life of crime will be used to lead to another character acknowledging Brian’s retirement. Universal isn’t the only studio that needs to move on in 2014 without the help of Paul Walker, though. Over at 20th Century Fox, they have Agent 47, which was to have starred Paul Walker a reboot of their Hitman video game adaptation franchise. Now, the studio is in talks with Homeland star Rupert Friend to replace Walker in Agent 47, which is expected to start filming as scheduled sometime in 2014. Finally, there is the Nicholas Sparks adaptation The Best of Me at Relativity Media, which would have starred Walker as one of a pair of high school sweethearts who reunite 20 years later for the funeral of a friend. James Marsden, who played Cyclops in the first three X-Men movies, is now in talks to replace Walker in that romantic drama.

The phrase “development hell” is used to describe the years (and sometimes, decades) that movie projects can spend in a state of limbo, always just one meeting away from being greenlit, without it ever actually happening. This story, however, takes the phrase to an all different level. Steven Spielberg, who directed his friend Stanley Kubrick’s long-in-development project A.I. – Artificial Intelligence for release in 2001, is now considering doing the same for an even older project. Spielberg is considering making his first post-Lincoln film an adaptation of the script called Montezuma, about the invasion of the Aztec Empire by the Spanish conquistador Hernan Cortes in the 16th century. The “development hell” part comes from the fact that the original script was written by Dalton Trumbo (Spartacus, Exodus, Papillon) over 50 years ago. The script is now being rewritten by screenwriter Steven Zaillian, who won an Academy Award for Schindler’s List, and was also nominated for Awakenings, Gangs of New York, and Moneyball. Javier Bardem is also considering signing on to play Cortes, and the film’s title might be changed to Cortes, as that’s who Zaillian’s draft focuses on most. If Steven Spielberg does make this Aztec epic his next film, it will end a process that has previously included periods in which he was considering next directing the sci-fi movies Interstellar and Robopocalypse, and the true story American Sniper.

#2 ARE YOU READY FOR LEE DANIELS’ RICHARD PRYOR?

Last year, around the time that Lee Daniels’ The Butler was released, the director was saying that he was next expecting to direct the long-in-development Janis Joplin biopic. This week, we heard about Lee Daniels being in discussions to direct a celebrity biopic, but it’s not Janis Joplin; it’s comedian-actor Richard Pryor. That project has been bubbling up for a few years now, with the Weinstein Company producing. It was with the Weinsteins that Lee Daniels finally got The Butler produced after a similiar extended development period. The actors who are in the running to star as Richard Pryor include Eddie Murphy, Michael B. Jordan, and Marlon Wayans, who is possibly the most likely to land the role, partly because at 41, he is closest in age to the period of Richard Pryor’s life that the film will most focus on. The Weinsteins are also, however, very eager to work again with 26 year old Michael B. Jordan, who starred this year in their film Fruitvale Station.

Director Mark Romanek (One Hour Photo, Never Let Me Go) is now in talks with Warner Bros to direct their drama about the infamous 1960s serial killer known as the Boston Strangler. Casey Affleck will also be executive producing and starring as one of the detectives investigating the killings. The project is being compared in tone to both the ficitonal Seven and the true story film Zodiac, both directed by David Fincher.

This week, we learned the names of the new actors joining the cast for the sequel The Best Exotic Marigold Hotel 2, and their identities basically clue us into how the sequel will separate itself from the first film. American actors Richard Gere and David Strathairn will be joining such returning cast members as Dames Judi Dench and Maggie Smith, Bill Nighy, Penelope Wilton, and Dev Patel. The suggestion basically is that in the sequel the marketing of the Indian resort will be appealing more to American retirees than just Brits like in the first movie. And they probably fall in love.

After the success of Rise of the Planet of the Apes, there was a lot of high profile speculation about what director Rupert Wyatt would do next. The answer turned out to be its own surprise, because the project at Paramount Pictures is a remake of the 1974 James Caan drama The Gambler, with Mark Wahlberg in the lead instead. We recently learned that the supporting cast will include Jessica Lange as Wahlberg’s mother, and John Goodman as a Jewish loan shark.

There are definitely some very talented people involved with the Night at the Museum kids movie franchise, but that doesn’t stop the movies from thus far being “Rotten” over on the RT Tomatometer. And so, regardless of what you might think of them in other stuff, when you hear about someone like Rebel Wilson joining the cast of Night at the Museum 3, it’s news that you have to take as something of a bitter pill. Australian Wilson, who plays an American on ABC’s Super Fun Night, but has played British in the past, will play a British guard in Night at the Museum 3, which gives us a hint about the setting of this third movie, after the second film moved the action to the Smithsonian.

The development process for animated movies is much longer than for live action films, so sometimes, it can seem like news stories involving them is talking about the far flung future. For example, this story includes a release date in March of 2018. Let’s start with the lead, however, which is that Fox Animation and Blue Sky Studios are now at work on the fifth Ice Age movie, which has been scheduled for a release date of July 15, 2016. This, however, moves the previously announced animated adventure Anubis, about the Egyptian underworld, to a release date of March 23, 2018. Presuming, of course, that people go to “the movies” in 2018 when they’re not driving around in flying cars and falling in love with their operating systems.

The biggest question surrounding the Point Break remake ever since the concept was first broached online was who exactly could the producers recruit to play the role first created by the late Patrick Swayze. That answer came yesterday with the news that it will be Gerard Butler who will play “Bodhi,” the leader of a group of criminals and extreme sports enthusiasts who are infiltrated by a young FBI agent who may (or may not) resemble a young Keanu Reeves. This will be Gerard Butler’s second film to heavily feature surfing, after the 2012 film Chasing Mavericks.

#1 WHEN THERE IS NO MORE ROOM IN HELL… PAUL BLART: MALL COP 2

Admittedly, this story might actually be a “Fresh Development” if it did indeed involve a zombie apocalypse, but it will probably just be more of the same. “The same” being whatever it was that attracted the hordes of moviegoers that invaded cineplexes in 2009 to see the Kevin James comedy Paul Blart: Mall Cop. James and Adam Sandler (via Happy Madison) are once again teaming up to produce the sequel to Paul Blart: Mall Cop, which Kevin James will also cowrite, as well as star in. Paul Blart: Mall Cop 2 will be directed by Andy Fickman, whose streak of green splotches on RT has included She’s the Man, Game Plan, Race to Witch Mountain, You Again, and Parental Guidance. And it’s a streak that’s unlikely to be changed by Paul Blart: Mall Cop 2. Hence… it’s the Most Rotten Idea of the Week. 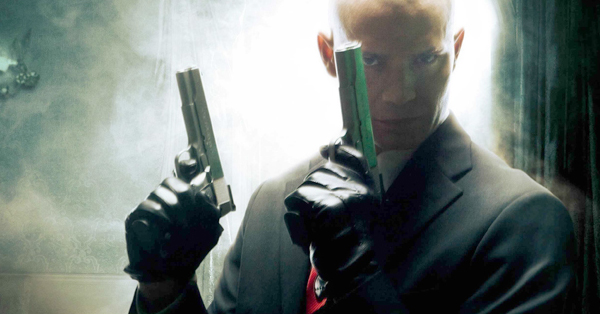 10 Awesome Video Games That Were Made Into Terrible Movies 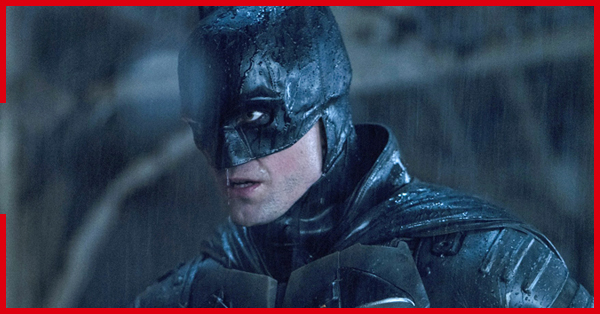